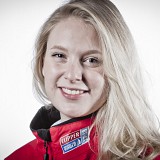 Clipper Race life school: learnings from 45degrees to take back to the office

Offshore racing affords no dearth of learning opportunities. Our Clipper Race yacht is a 70ft-long, 16-person, floating village, often set at a 45-degree angle. Though the environment is unique and there are modus operandi worth leaving behind (taking half an hour to make a cup of tea and spilling at least a third of it, for example), there are certainly others that can be taken back to the office.

Getting shouted at as an adult takes a bit of getting used to. “Grind harder!”, “check trim!” and “get it done!” are phrases shouted on an almost-daily basis by the Skipper and crew members alike. Clipper Race feedback is given in this manner – real-time, direct and loud – when it means that the job in hand will get done faster.

A debrief is also held, once conditions allow, to reflect on an evolution (a gybe, for example). These sessions enable crew to vocalise what went well - or not so well - for themselves and others. Feedback is given in the spirit of ensuring that our common goal is better met when it comes to performing that evolution again. It implies that there is always room for improvement from everyone – as individuals and as a team unit – and that mutual constructive criticism is a useful tool.

Whilst yelling “get it done” across the office might be a step too far – and though introducing limited hand gestures to make team communications more pithy may not be conducive to good office chat – much can be gained through a culture of honest feedback. As is the case for our floating village, the office is a semi-closed environment of individuals dedicated to the same objective; focusing on continuous improvement as a unit, through reflection and honesty, shouldn't be something to be nervous about (minus the shouting, of course).

On the yacht, we work by the rule: 80% preparation, 20% execution. Precious speed can be lost during a racing headsail change – for example – if a halyard is not flaked nor winches loaded appropriately. As soon as an evolution is performed, the deck is set-up for the next likely evolution (just put the first reef in but the wind is increasing still? Load the second reefing line onto the primary winch).

If on a point of sail that lends a flatter deck, or whilst passing through the Doldrums Corridor, don't sit back and relax (well, not the whole time, at least...). Do the work that you'll be grateful for later. Take-up and scrub the galley boards, prepare spectra doughnuts and revisit the anti-chaff on key lines.

Whilst office hours shouldn't be unnecessarily diverted from execution, it pays to be thinking several steps ahead and to be in a good position for those eventualities.

In our floating village, everyone has their own part to play. Some roles are clearly delineated and decided in advance, on the basis of qualification: medic, engineer and navigator, for example. Other roles are left for people to grow into as we go: helmsman, trimmer, therapist (!). Our yacht would go nowhere with 16 crew helming, nor 16 crew totally smashing it on the starboard primary winch – we must all play a unique role, as equals.

We won the Elliot Brown Ocean Sprint through empowering everyone to perform at their best in the role in which they've demonstrated particular strength. By recognising each role as equally important and necessary for success as a unit, all crew can feel equally responsible and proud of the result. The offshore environment is ever-changing and ultimately unknowable in its entirety – empowering crew members to act instinctively and own their roles not only gets great race results but makes for a more resilient team in responding to an unforeseen event.

Variety is the spice of life so the saying goes – supporting the particular strengths of team members will result in great things.

Driven by Skipper, Dave Hartshorn, Team Greenings crew co-created Articles of Campaign: key principles around the values of 'trust', 'empathy', 'accomplished', 'mission' (TEAM) that each crew member signs before setting sail. These values drive our team culture – they are the yardstick against which our performance is measured, to which we have volunteered accountability.

Creating enforceable values to underpin culture ensures the longevity and strength of that culture. It also means – such was the case when our Skipper, Dave Hartshorn, was evacuated by helicopter following an injury one-week into our voyage – that the culture will survive beyond the departure of a key instigator. When Dave returns to lead Team Greenings post-recovery, it will be to a culture that he recognises and is proud of (including the daily joke and 'what's in the bag?' session, whereby crew kit erroneously left in communal areas is auctioned back to its owner in aid of Uniced).

There is an increasing recognition of values and culture in the workplace. Ensuring values are enforceable (evidence of such forming the basis – perhaps – for recruitment criteria and performance-related bonuses) protects 'culture' from becoming just another professional buzzword.

At the risk of sounding overly earnest, if I haven't done so already: We must dare to dream big and in so doing open ourselves up to the possibility of failure. When we do so, the risks are greater but so too are the rewards.

A quote from Roosevelt, by way of Skipper, Dave Hartshorn, at the start of our voyage, encompasses this sentiment nicely:

“………The credit belongs to the man who is actually in the arena, whose face is marred by dust and sweat and blood; who strives valiantly; who errs, who comes short again and again, because there is no effort without error and shortcoming; but who does actually strive to do the deeds; who knows great enthusiasms, the great devotions; who spends himself in a worthy cause; who at the best knows in the end the triumph of high achievement, and who at the worst, if he fails, at least fails while daring greatly, so that his place shall never be with those cold and timid souls who neither know victory nor defeat.”

Propose the moon-shot project – (importantly) with the associated risks – back in the office. Also by way of Skipper, Dave Hartshorn: “JFDI”. Don't leave adventure for the weekends or sabbatical; the hard-won victories will be worth it.