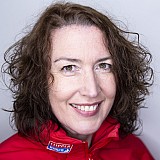 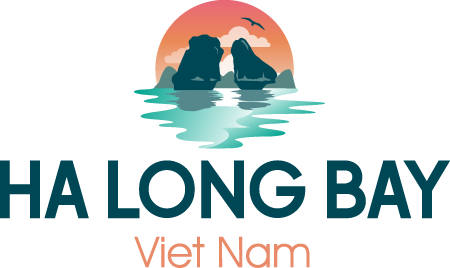 Today is my wonderful daughter's 17th birthday. Happy Birthday Megan - I love and miss you and hope you have a fun day.

My last communication with Megan four days ago reminded me that I may well have run away to the sea for a year but I'm still very much a Mum. It went along the lines of,

Megan - “Mam - can I get my nose pierced on my birthday?”

Me - “Oooooohhhhh really - ask you Dad,”

She has a lovely little cute nose, that is by now probably adorning a diamond stud. (Sigh). If so - I hope it wasn't too painful and sorry I wasn't there to hold your hand. But, to be honest I suspect it would have been the other way around. OK, I would have fainted, so probably best I'm here.

By the way, if you haven't told your granny about your new nose jewellery yet, you better give her a call before she gets to read this. I can hear her already...

Granny Peggy to Megan “Oh - you're worse than your mother!!!”

So, we're now four days into our Subic Bay to Subic Bay race with the new Leg 6 crew - and at the time of writing we're in first place. But as usual the 'others' aren't far behind so we need to keep focused.

I must admit I do find keeping focused and alert (especially at night) a challenge at times and have been told, on more than one occasion, that I seem to overcome these challenges by talking - a lot. Another way I've found to keep the mind finely tuned is to play games - Megan you might want to use some of these later if you decide to have a birthday party (I know you're now 17 and not 7 years old, but they keep the crew of CV26 amused!!).

So here are some of the more popular 'games' we like to play to keep ourselves entertained over a long six hour shift.

1. How many hard boiled liquorice sweets we can put in our mouth at once (we have a tub of Army and Navy sweets on board since Leg 1 - the mysterious never ending sweets). To date three sweets is the record. Isn't doesn't sound like many but they are big,intense sweets.

Yesterday Josh (AKA Thor) managed 24 peanut M&Ms in his mouth at once - he claims the fact he was laughing so much he almost choked to death hindered his performance. We take these games seriously so choking to death is not considered an excuse for a poor performance. You need to up your game Thor if you want to play with the big kids. 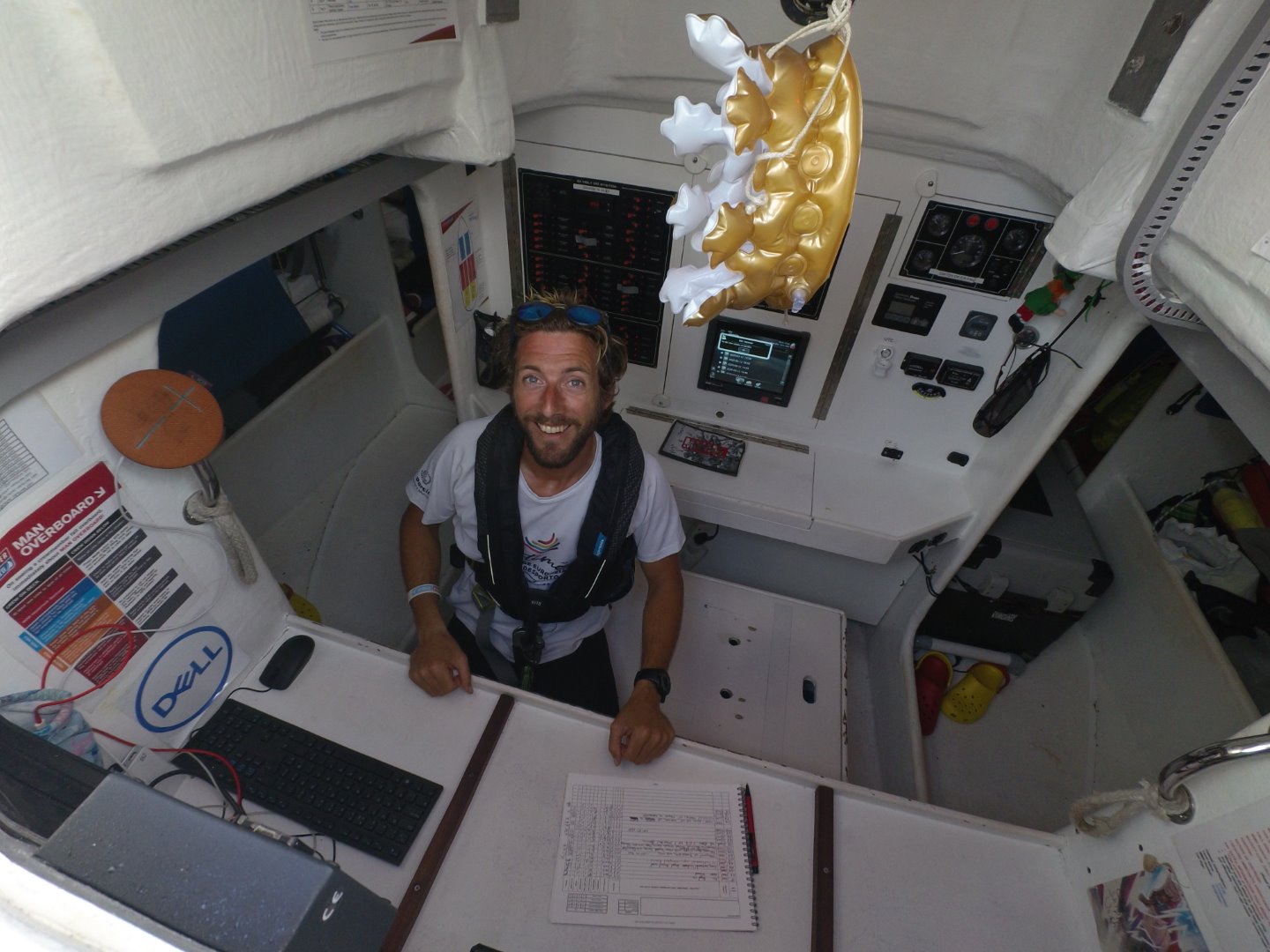 2. I also like to play how long you can hold your breath. This is highly competitive seeing we now have an egg timer to use so there is no room for cheating. It's also an excuse to randomly put your finger under people's' noses to check for sneaky breathing. (Hint to future players - this puts people off their concentration big time). I'm not competitive but, lets just say I'm currently in second place from the previous leg (Hugo is the champion to date). Ohhh... the new crew have so much to look forward to!!

4. I spent a fun afternoon playing 'Throwing The Peanut Between A Crew Member's Head And The A-Frame'. This is another game that can adapted for land! Basically it involves throwing small objects towards people heads and seeing can you avoid hitting them (although the odd hit is funny)

5. This might not strictly count as a game but we have passed many an hour arguing over what might seem rather trivial in the real world.

For example - Which shoulder is better to look over - your left or right if you want to see something behind you?

- What things are the most difficult to catch? Air proved a popular choice.

- What you'd like to be called if you changed sex?

6. Fantasy going to the bar is always a popular late night game. Basically, someone on deck says 'My round - what does everyone want?' What follows is everyone's fantasy drink at that moment in time. The most controversial request to date was for a mulled wine (Wangy) which I refused to order from the fantasy bar. Mulled wine? Really?

7. In the past quizzes have proved popular on deck but frankly we've abandoned them - the standard of general knowledge aboard CV26 was so shocking bad it was hard to endure.

8. And finally hours of entertainment can be passed at someone else's expense (normally a RTWer) who comes on deck with a new fancy piece of kit or clothing. Whether it be a new head torch, new shorts or shoes - the gauntlet of comments about trying to be too cool for school is lots of fun.

Pity the person who shows up on deck having brushed their hair or shaved!!!!

Many hours have been passed playing these games with my buddy Haz - hurry up and come back so we can play the 'Repeat The Same Story 84944 Million Times' game - again.

OK - I'm off now to pretend to be sailor!

Terry, Bailey, Birthday Girl, family and friends - Love you and see you soon 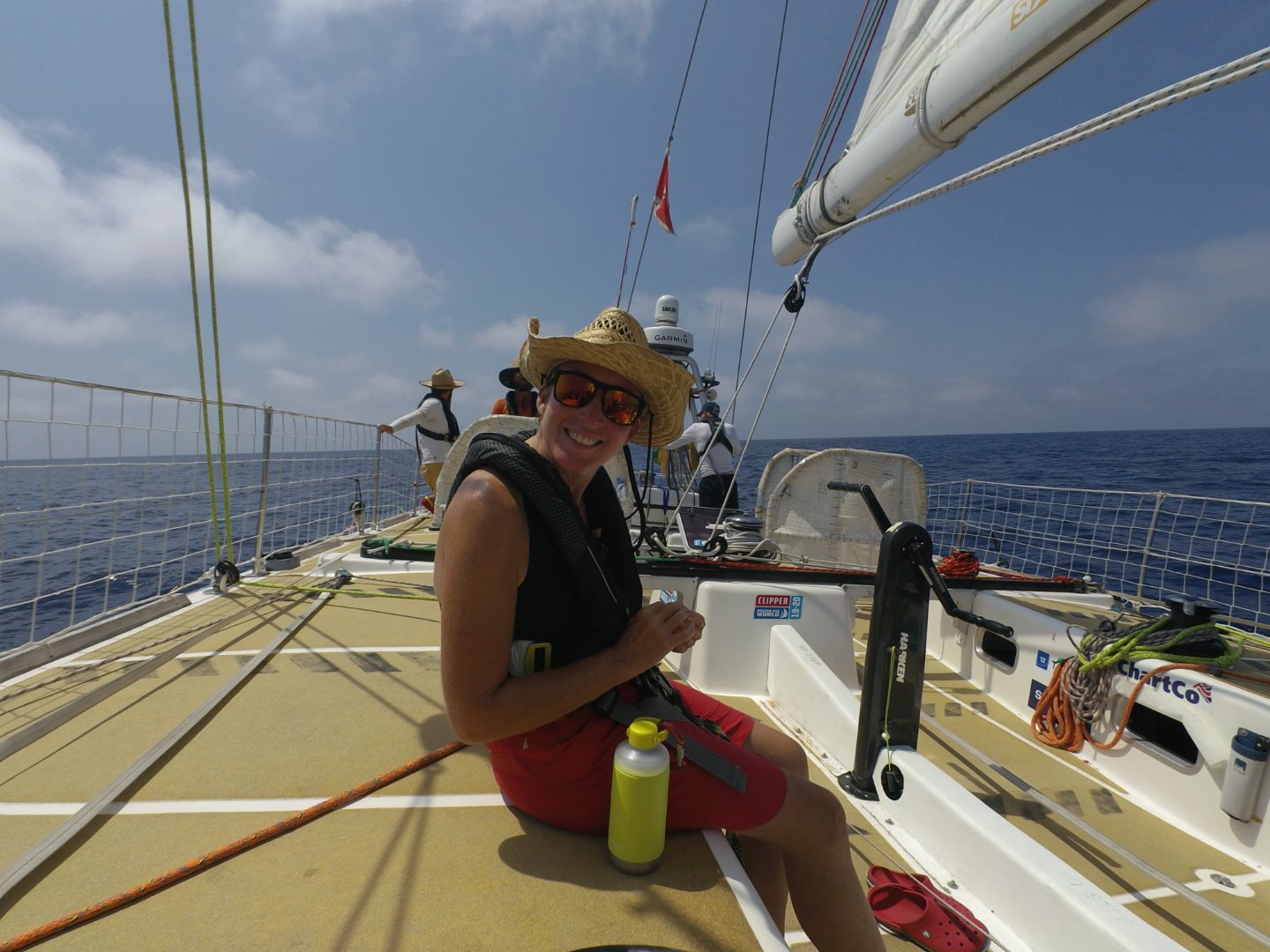