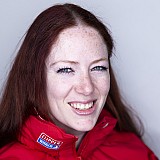 Hello from the (touch wood!) no longer vomit comet!

Heaven forbid we think we would have an easy five-day leisure cruise to London after nearly a week and a half of debauchery in Derry! I can say without a shadow of a doubt that Derry~Londonderry aka Doire aka the Slash aka LegenDderry aka Guinness Wonderland was my favourite stopover to date. I became friends with Terri from Derry on Ha Long Bay, Viet Nam during Level 2 training back in 2018 which seems like forever ago and starting back then she was sharing her excitement about having the fleet come to her city and how much she was looking forward to showing Derry hospitality. I thought I had done an OK job of being the renegade Seattle ambassador when the fleet was in my hometown but oh my goodness did Terri pull out all the stops. From a walking tour of Derry~Londonderry during which she shared her experience growing up in the city in the 70s, to a driving tour of County Donegal and the all important pub “tours” it was special to get to see the amazing town through a local’s eyes. Special shoutout to opening your gymnastics gym to teach a few of us how to do aerial somersaults… definitely an interesting way to cure a hangover!

The Derry hospitality was felt literally everywhere we went. I and several other crew have stories of talking to locals in the queue for food and coffee only to get to the front and find out our bill had already been paid for! Special love goes to Jenni of Little Acorns Bookshop as well, thank you for the kindness when I came in looking for a book and wound up walking out with a new lifelong friend. For someone who feels like I’m just a lowly salty sailor from Seattle it was quite humbling to hear what having the Clipper Race come to town means for Derry~Londonderry. Having never been to Ireland my entire life I cannot think of a more special way to experience it for the first time. I will absolutely be coming back to this amazing city.

After what feels like a blink of an eye the stopover was indeed over so time to get back to the main event, SAILING! I must admit I had to remind myself how to sail in the first couple of hours on the boat but got in the zone by the time it was Race Start. This was an exciting one for me because it was my first Race Start with a real start line and flags of the entire race having only done Le Mans starts since Seattle. Racing back home I’m familiar with a start line but to have eleven Clipper 70s jockeying for position is a little different than the smaller boats I race on back home. I was lucky to be on the pointy end aka the foredeck aka Adventure Land and had a blast working with the guys up there. Shortly after race start we were caught with the rest of the fleet in a big old wind hole (hello darkness my old friend…) and ended up having to change our gybe plan from an outside to inside gybe as the kite just would not fill enough to pull off an outside. Thankfully inside gybes are my game back home so we quickly got it switched around and were able to move away from the headland that friends on GoToBermuda and Qingdao were also working to avoid. The next few hours were settling into the groove and then preparing for the impending storm. Fortunately we got the Yankee 1 swapped for the 3 in time. I thought the storm on the way IN to Derry~Londonderry was rowdy… boy howdy was I wrong. The seas were certainly angry for us during the last couple of days. I am hopeful that by spending time on the foredeck during the storm I’ve been baptised from Derry’s shenanigans… it certainly got wet up there! Short wave cycles, upwind, feeling the boat temporarily catch air and then the shudder as it fell back into the water, splashes showering the bow and washing all the way back to the cockpit. Several crew members had the green monster stick around like a bad houseguest but blessedly it seems all are now better today as we’ve been a more civilised sea state since last night.

As this is likely my last blog before finishing in London I will close with this: a heartfelt thank you one last time to every single person who has made this adventure not only possible but incredible. To my mother who introduced me to sailing and then brought me to a talk about some Clipper Race thing back in 2016 and has become my biggest supporter: I could not do this without you. I cannot wait to hug you in just a few days time!

To my wonderful Matthew: Thank you for putting up with your crazy sailor wife’s ambitions and holding down the fort when I run off to sea. Be ready with those smooches in London!

To my incredible supporter community in Seattle and beyond: thank you each and every one of you for everything you’ve done to help me on this sailing journey. Clipper has been the adventure of a lifetime and I look forward to sharing so much more of the story when I return.

“You belong among the wildflowers

You belong on a boat out at sea

Sail away, kill off the hours

Sail away somewhere you feel free”

-from Wildflowers by Tom Petty