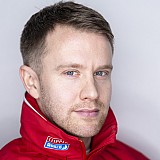 First things first: a first! Yep, we’ve finally done it, Unicef has only gone and won a bloody race. After a couple of race disasters, at last we have a triumph to cherish. And I have to say, there’s not a chance in hell that I’m treating those two imposters just the same. I mean, he might make exceedingly good cakes but what on earth is Rudyard banging on about? Come on mate, celebrate your victories, you’re only here once. Anyway, what a way to round things off, and thoroughly deserved, if I do say so myself.

It’s difficult to put into words what this entire experience has meant to me, which perhaps is a bit of a non-starter given, well, you know, this is a blog. I’m going to give it a go though, and if I fail completely I’ll just draw a picture of a stick man with his thumbs up, surrounded by other stick men and women absolutely living their best lives in the most joyful and uncynical experience imaginable. I’m absolutely terrible at drawing though, so I’m going back to Plan A and will attempt to sum things up in prose.

What do I love? There’s obviously the thrill of the sailing with all that entails – surfing down huge waves, beating into even bigger ones, cruising under spinnaker for days on end, changing sails again and again, reefing, tacking, gybing, coming off watch totally exhausted but absolutely buzzing at the same time. Then there’s the untiringly beautiful clear and starry nights, staring back through time, aware of how infinitesimally small in the universe we are, but at the same time feeling utterly connected to everything in it. And of course there’s more wildlife than you can shake a stick at. Why I continue to shake a stick at wildlife remains a matter for my psychiatrist and the RSPCA.

But most of all it’s the people. It always is. Being part of Unicef has been epic. Men and women from all walks of life but with a common purpose, taking part in the most challenging yet life affirming of experiences. And that’s what life is about at the end of the day: experiences. To share this one with the crew we have is truly wonderful and I’ve made some absolute friends for life — given some of them are in their 70s I do realise it’s not exactly a huge commitment on my part, but still. The thing is, we’ll all go back to our normal lives and bore anyone who’ll listen about our time at sea, but really the only ones who’ll truly understand what we’ve been through are each other. There’ll be people I’ll be in touch with on a weekly basis, others every year or so, and I’m sure I’ll lose contact with some altogether, but whatever happens it’s that common thread that will tie us all together forever.

What’s next is a huge question. I have a slight worry that my old friend Darkness might try to get in touch. I’ll endeavour to avoid his calls though and instead fully buy into Sir Robin’s maxim that he wants this to be “The best thing I’ve done in my life…(pause for effect, make cup of tea, perhaps tidy the garage, OK here it comes)... so far.” A springboard to the future it is then. Let’s hope all those Life Begins at 40 mob aren’t talking absolute nonsense.

Finally, I do want to thank a few people. Everyone who’s continued to read my blogs for a start – oh, he’s using his tiny soap box to make another dig at the Tories. How novel. Anyway, thank you. To my friends and family for supporting me to do this in the first place and then forcing me to return two years later when I really didn’t want to, I am eternally grateful. To the entire crew of Unicef, past and present, you have made this what it is. To the Clipper Race staff for putting this entire operation together and getting it back on its feet when the world was conspiring against it. I especially want to thank Karla, Danni and previously Grace in the comms team for allowing me to write about, well, all the absolute guff I’ve written about. And finally finally, I of course want to thank Ian, Dan and Mike Miller before him. I couldn’t have asked for better people to be led by, to learn from and to sail with. We’ve raced safe, we’ve raced hard, we’ve raced happy.