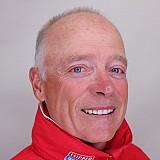 The night was clear with plenty of moonlight, the sea was building with a good following swell. Wave height between crests would be about four to five meters, there was plenty of crew willing to take the helm. With a following sea, we were able to surf down some of the larger swells easily reaching speeds of 20 knots or over. Morale was high and everyone was keen to set a new speed record.

The sea conditions were huge, to what we have experienced so far, WTC Logistics felt well under control with two reefs in the main and Yankie 2, as everyone that had been not feeling well was over seasickness and in high spirits.

Going off watch at 2400 and climbing into your bunk was not an easy task as the boat was moving around quite a lot.

The day had ended and a new one had begun: