The Clipper 2019-20 Race is back underway as the fleet departed from Subic Bay in the Philippines. Some 150 Race Crew arrived onto the pontoons at Subic Bay Yacht Club early this morning for the final time to stow the last of their belongings and carry out the final checks before departure. 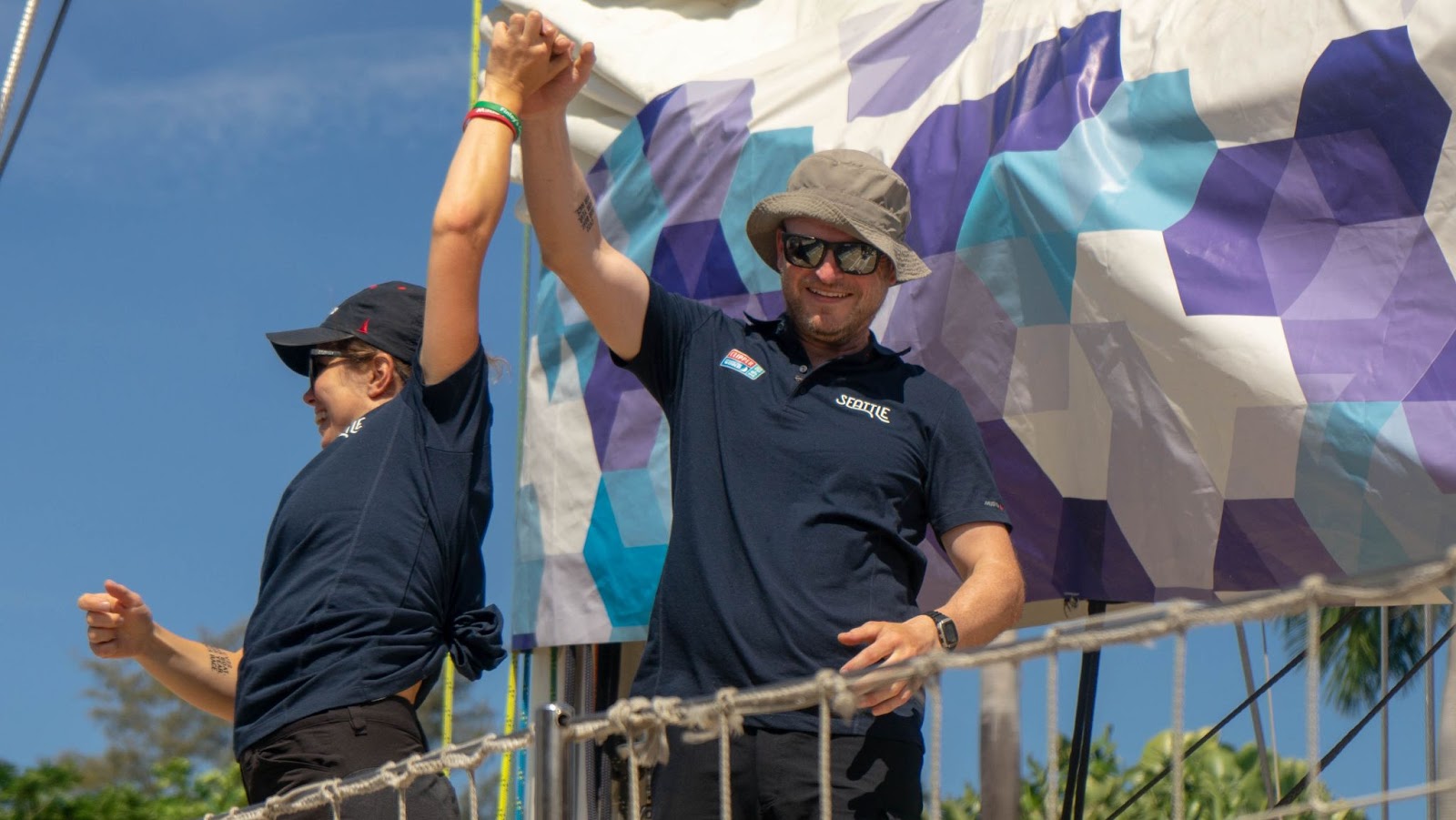 Image: Crew on board Seattle 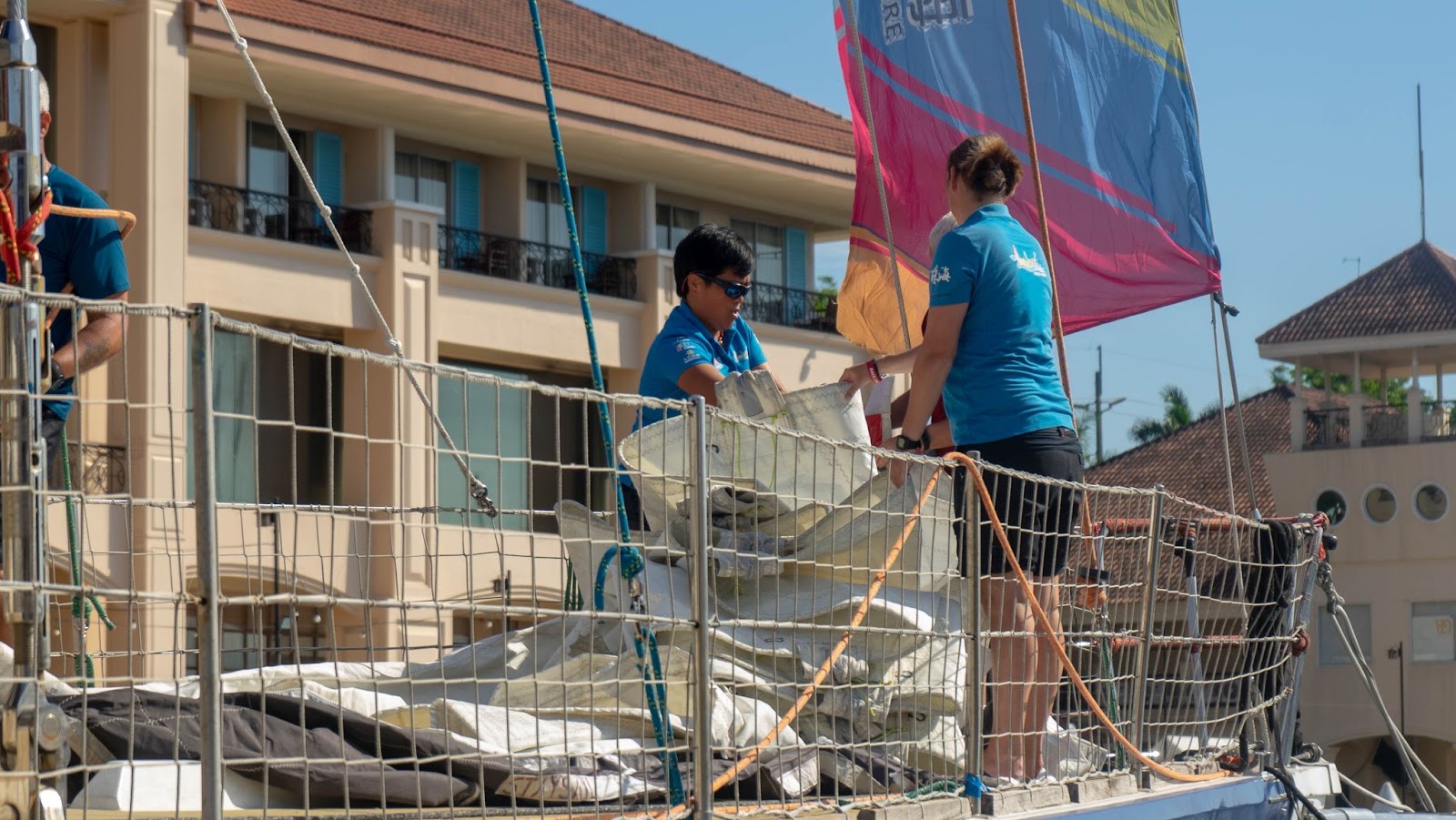 Image: Final preparations on board Zhuhai

With last preparations made and checks complete, each of the eleven teams gathered on the deck of their yacht for official team photos. Image: The Imagine your Korea team, all smiles for departure photos

Ahead of the fleet’s departure, Circumnavigator, Bettina Neid, from Austria, who is racing with Dare to Lead says: “After waiting for two years to continue the race, I can’t quite believe we will be leaving in a couple of minutes! I’m really excited about the North Pacific - I have experienced the Southern Ocean twice and seen some very heavy weather and we’re expecting similar conditions so I know what’s coming, but the crew are all well-prepared and ready to go. I hope we have a happy and safe time.”

Naming it ‘the big one’, as the North Pacific leg is often described, she says: “The North Pacific is special - the icing on the cake for any round-the-worlder - it feels like after it will be the home run, especially after we reach Bermuda. It will be a very big challenge. I’m not fearful but very respectful of the ocean.”

Skipper of Punta del Este, Jeronimo Santos Gonzalez, who has been based in Subic Bay, maintaining the fleet since the race was paused, says: “Everyone is super excited! It’s been a long wait - two years is a long time - but everyone is super excited and I think we are prepared. I’m really looking forward to it, it’s going to be the adventure of a lifetime.” 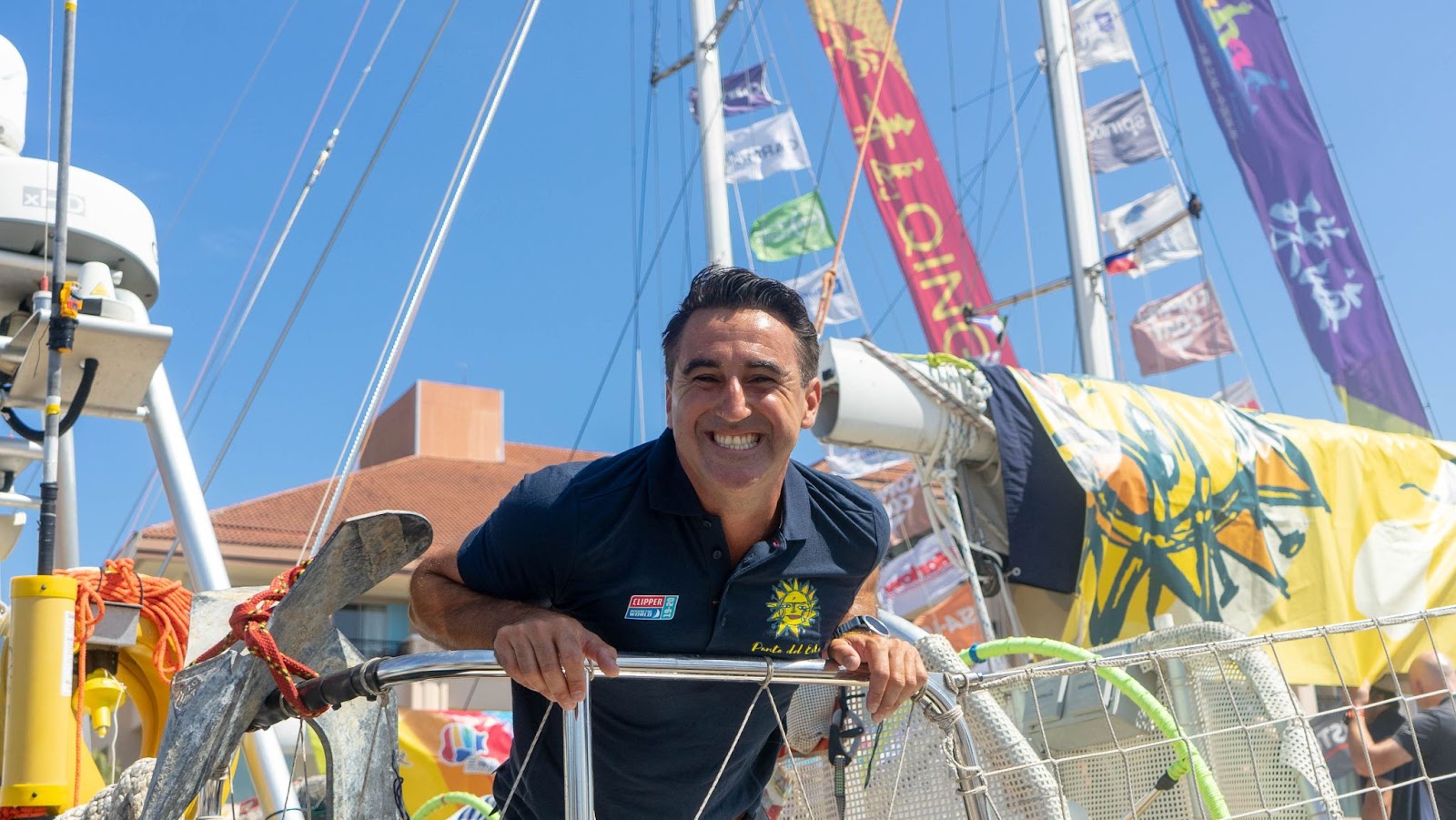 Mary Vaughan-Jones, AQP on board Visit Sanya, China says: “We’ve done a lot of work together as a team and on the boat, so I think we are all very ready to get going again.

“Just getting across the North Pacific is an achievement in itself - we’re looking to get across, having fun whilst we do it and doing it safely.”

Max Rivers, AQP for GoToBermuda adds: “The team is back, and they’ve got a really good attitude and energy. It’s brilliant to see that they’ve retained lots of the skills that they first learnt back in training so we’re looking forward to a really good race.

“I’m looking forward to the challenge, watching the team’s personal growth and skill growth and watching everyone come together as a team will be great - the North Pacific is the ultimate team building test!” 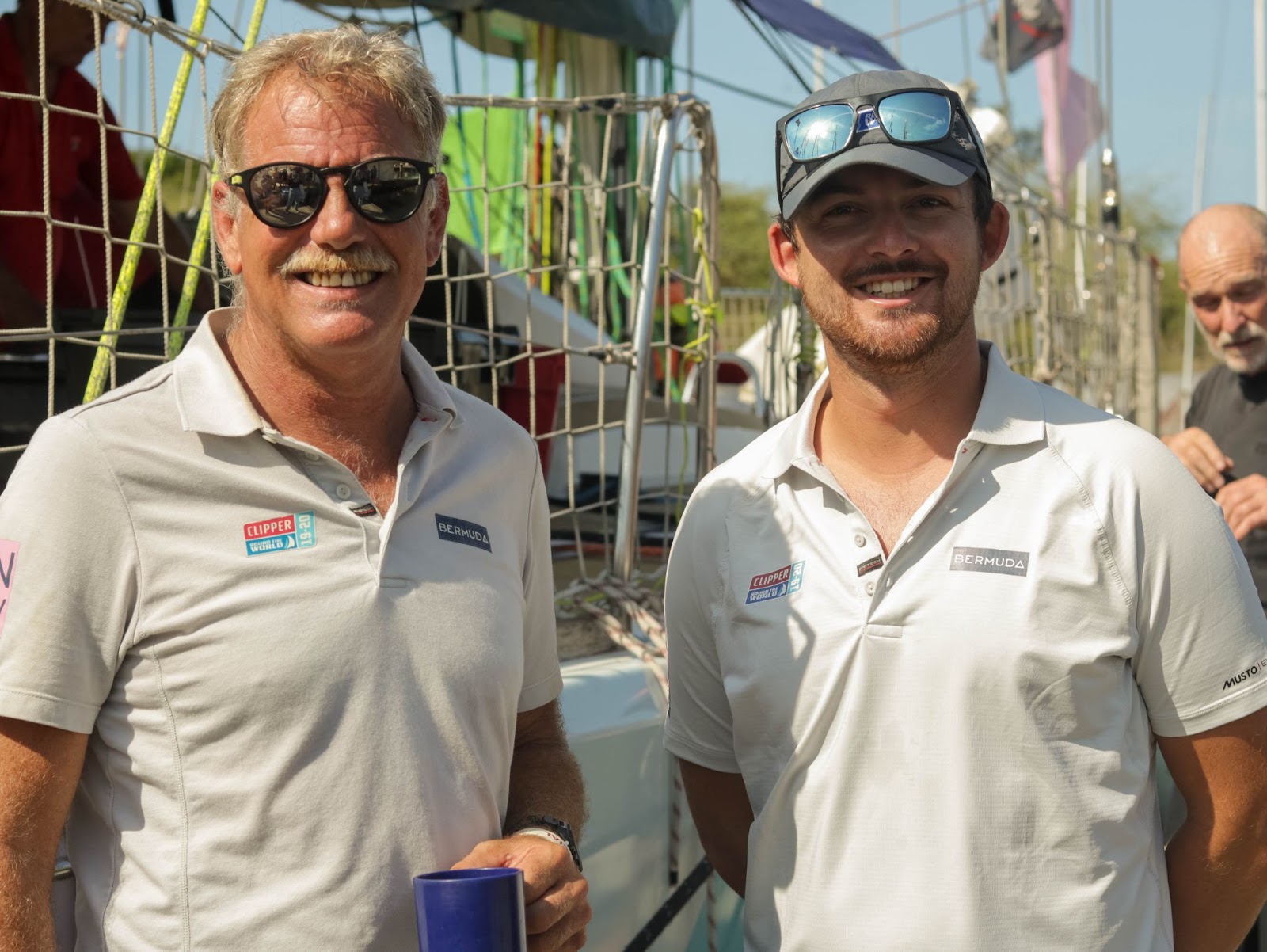 When the Clipper 2019-20 Race came to a halt in March of 2020, Qingdao had secured the top spot on the leaderboard after collecting 102 points on the race so far, from the UK to The Philippines. The team is looking to pick up where they left off, with their new AQP (first mate) Bruce Anderson. He says: “I strive with the pressure. I want to maintain what the team has earned thus far, and add to it.

Representing the Chinese sailing city, he adds: “We will do you proud, Qingdao. We are flying the flag!” 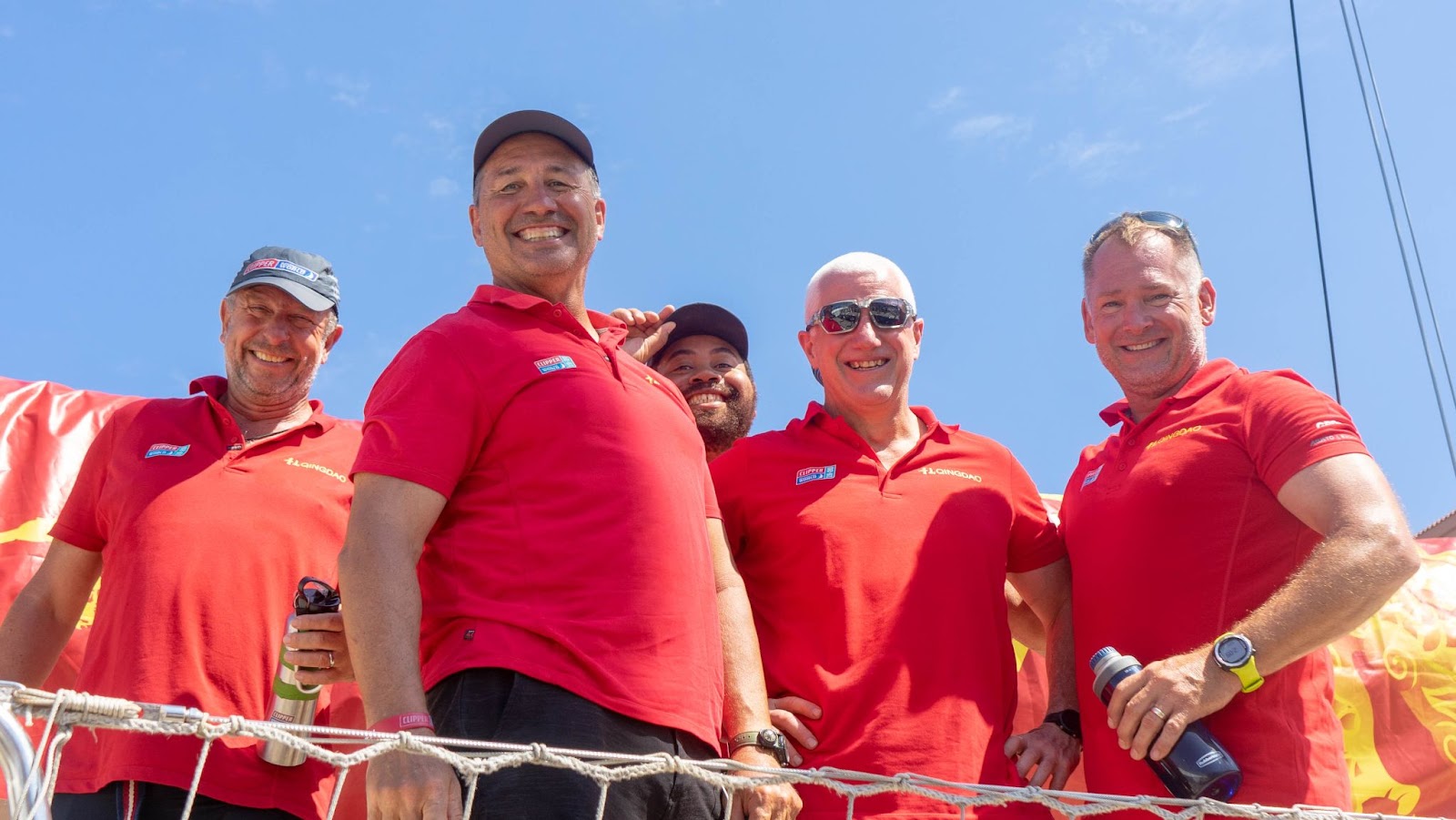 Image: crew on board Qingdao, current leaders in the 40,000nm race

Having played home to the Clipper Race fleet for two years, it was a big day for both the Clipper Race and delegates from the Philippines, and as anticipation built on the pontoons, a VIP event, hosted by Clipper Race Founder and Chairman Sir Robin Knox-Johnston and CEO William Ward OBE, saw the teams off in style. 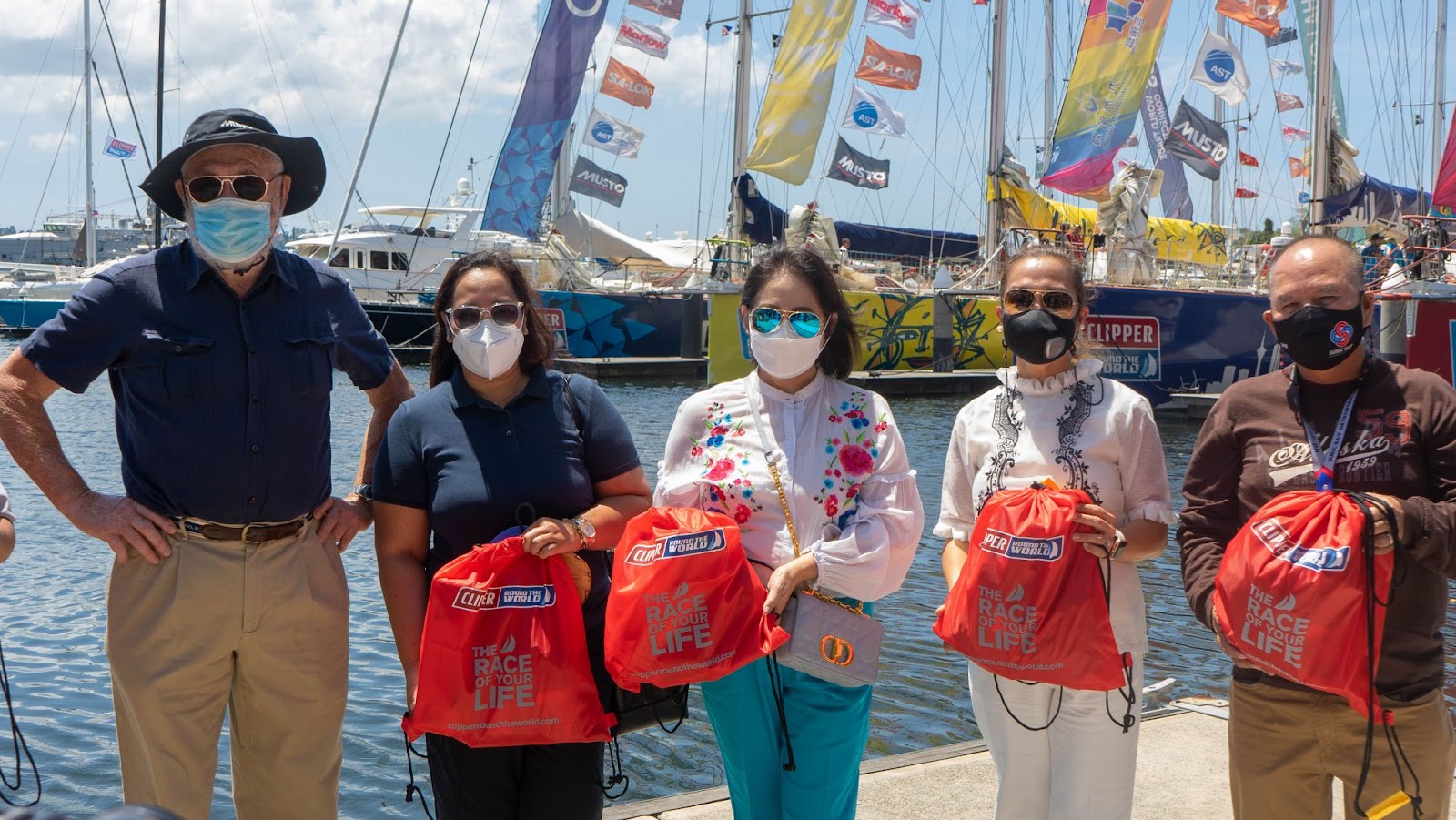 After a formal gift presentation and send-off remarks from Sir Robin Knox-Johnston, Maria Anthonette Velasco-Allones, TPB COO and Rolen Paulino Sr, SBMA Chairman and Administrator, the teams were treated to a cultural performance on the pontoons organised by Department of Tourism-Region III - a fond farewell from our friends in the Philippines. 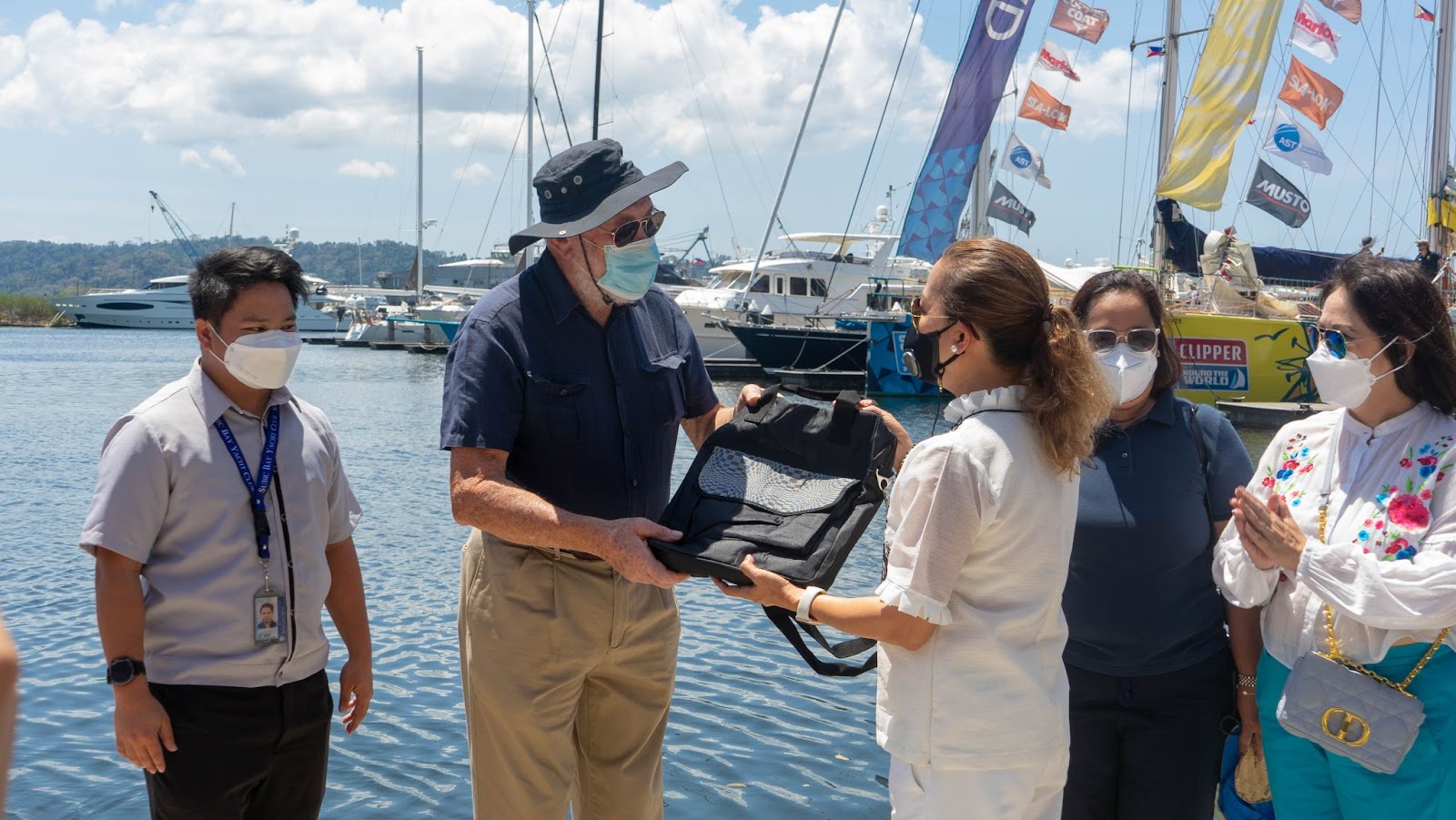 Image: Sir Robin Know-Johnston receiving a gift from Maria Anthonette Velasco-Allones. Gifts were given to all crew on board prior to departure.

Back on the water, the departure ceremony got underway with DOT Region III (Department of Tourism) Director Carolina D. Uy sounding a horn to kickstart the official departure.

After each team slipped lines, spirits were high as spectators, guests, race officials and delegates waved them off wishing them well for the epic challenge that awaits.

At 13:00 local time, the eleven teams formed a spectacular Parade of Sail in Subic Bay. The parade was led by the Qingdao yacht as the 6100nm Race 10 has been named the ‘Sailing City Qingdao Cup’ in honour of the Chinese city represented in this edition.

For the next four days, the fleet will be participating in offshore training exercises as it heads to the North of Luzon before a Le Mans style race start to Race 10 on Thursday 24 March, which will see the teams race across the North Pacific to Seattle - a challenging spanse of ocean where few yachts have frequented. The teams will be racing towards Seattle and expected to arrive in the US city in mid April 2022.

Racing into a team’s home port always adds an extra layer of excitement and the atmosphere on board Seattle is clear to see. David Hartshorn, Seattle’s Skipper remarks: “We have a real buzz on board as we get ready to sail to our home port of Seattle.” 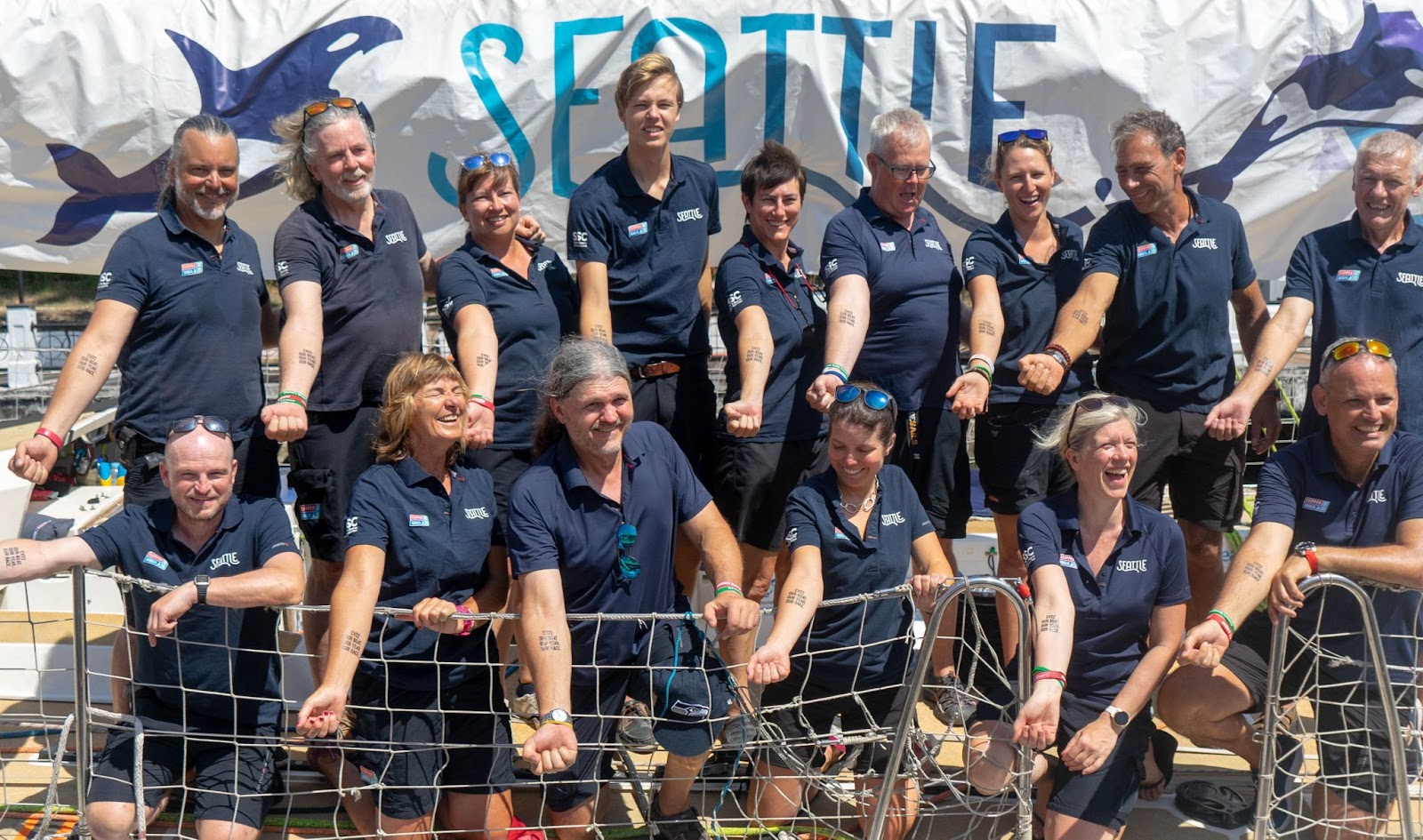 Image: The Seattle team before departure

Seattle crew member Arvin Vulliet exclaims: “I feel amazing, I can’t believe it’s finally the day we are going, I’m heading home to Seattle! I’m so stoked to get sailing to my home port.”

Full of emotion, Finish-born Kiki Kettunen, on board Seattle tells us: “Today has been so amazing. The feelings have been a mixture of everything, I feel a little apprehensive but so, so happy and it’s very surreal!” 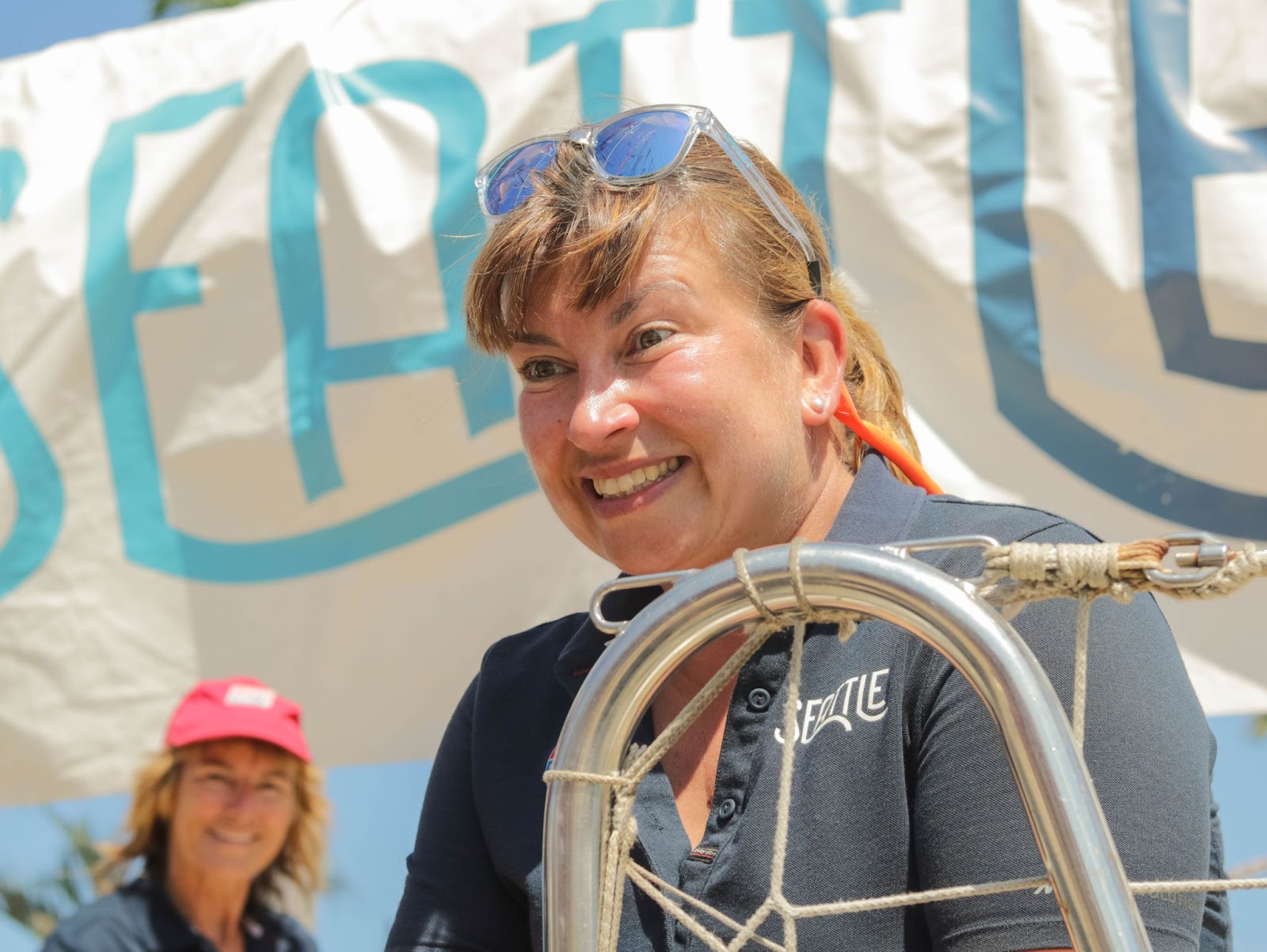 While Seattle crew member Maria Treadaway exclaims: “I can’t wait to be with Mother Nature and all her amazement!”