Pin Image
Home / News / Beyond The Race Where Are They Now

What happens to the Clipper Race crew when their adventure comes to an end? Well, for many, what they experienced at sea will change their life on land forever. Here we meet some of the crew who continue to achieve the remarkable, inspired by their Clipper Race experience.

When Lebalang was selected from over two hundred applicants to be a part of the Invest Africa team in the Clipper 2013-14 Race, the then 22 year old from Soweto a number of hurdles to overcome before the race even began. Not only had she never left South Africa, she had never set foot on a boat or seen the ocean before. She was also scared of water.

However, Lebalang overcame her fears and challenges to race across the Atlantic Ocean, an experience that would change her life. Six years later, after a lot of study, hard work, and perseverance, Lebalang has secured her dream job at the World Health Organisation (WHO), a specialist agency of the United Nations.

She says: “It is often difficult to come up with words for the transition that happened in my life after participating in the Clipper Race.

“Today I work for the United Nations, which has been a dream and aspiration of mine for years ever since I was young. The journey has not been easy, I got pregnant and paused my studies and there were moments I wanted to give up but the resilience in me refused. Somehow I link my resilience and determination to what the Clipper Race afforded me which is a rare breed of life skills which equip an individual, young or old, to conquer and unleash their champion within.” 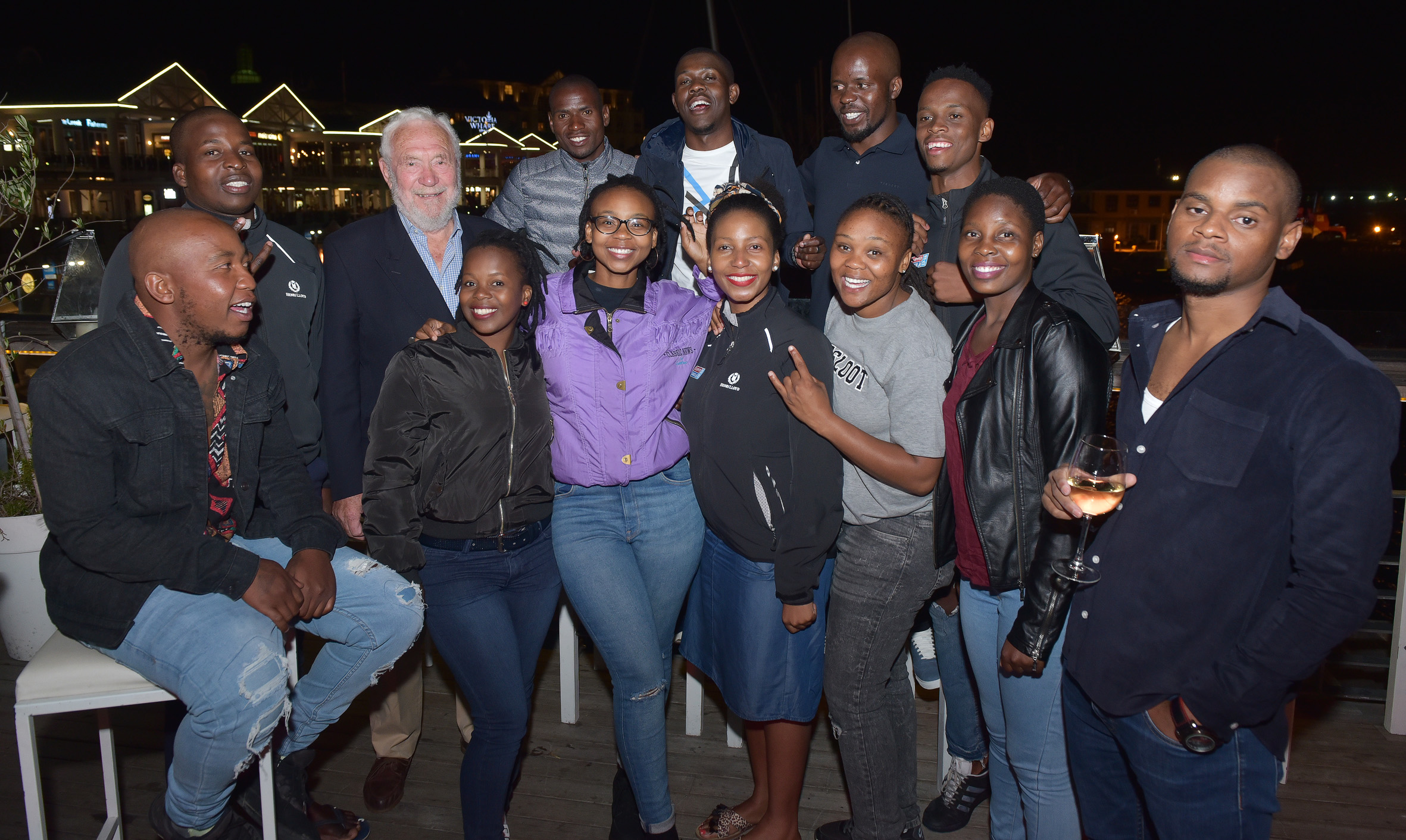 The Rainbow project was established by Dirk Van Daele, a European financier and philanthropist, to develop the leadership qualities of young black South Africans. Dirk and many of the orgional ambassadors, including Lebalang, came together in Cape Town this edition to celebrate the programmes success, development of the Dare To Lead concept and rename the foundation the Liyaba Rainbow Programme in recognition of one of the ambassadors who is no longer with us.

Michael (or Tino as he was christened by his Visit Seattle crew), spent a year exploring the world as a circumnavigator in the Clipper 2015-16 Race, and it was this experience that helped inspire the former Dive Instructor to embark on a new project. Now back home in Barbados, Michael has set his sights on revolutionising food production and farming in the Caribbean.

Together with his family, the 36 year old is creating a zero carbon footprint farm based on Aquaponics, a soil-less form of agriculture that utilises nutrient-rich water from fish in tanks as a natural fertiliser for plants. 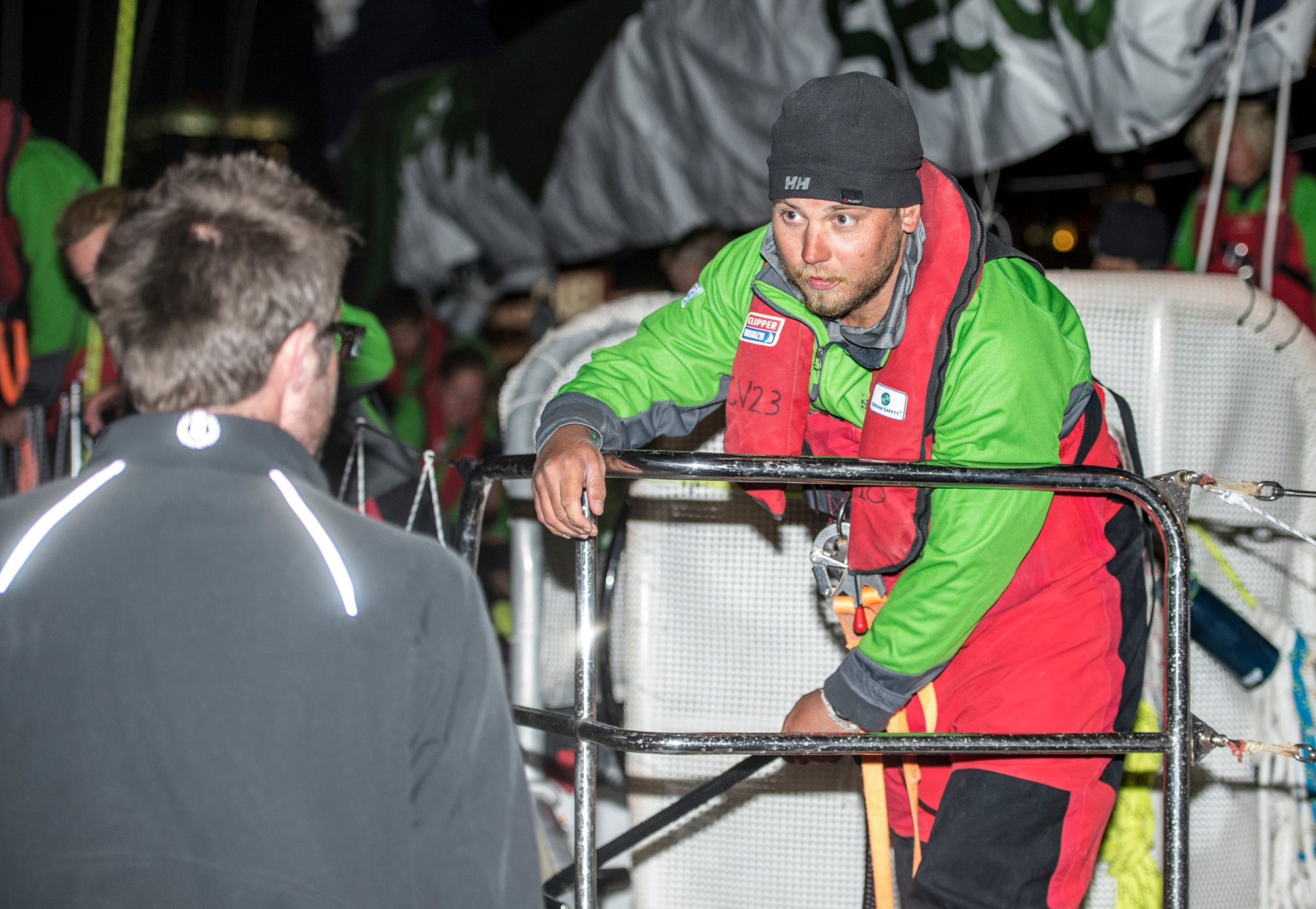 Michael explains: “The Caribbean on a whole has very little food security and has to import huge quantities of produce to feed both the local population and the tourist industry year round. With limited and dwindling fresh water supplies, traditional farming is becoming less efficient and unable to meet the increasing demand.

“Starting in Barbados, the concept is to reduce and, in some cases, eliminate the need to spend millions of dollars in the transportation of produce from around the globe and re-introduce locally grown, farm-to-table fresh produce to the local markets. This will reduce the region’s carbon footprint and contribute to self-sustainable economies.

“After the race we began clearing 22 acres of land, ten of which will be used for greenhouses and growing produce, and the remaining twelve will be turned into a tree farm to offset carbon footprint. We are currently constructing our first 12,000 square foot greenhouse with fish houses and by the beginning of next year, we should be ready to go.”

After being an A&E Nurse for 13 years in some of London’s busiest hospitals, it takes a lot to ruffle 36-year-old Fiona Robertson. Despite having never sailed before, Fiona completed the full circumnavigation on board PSP Logistics, though at times she found being the only female round the world crew member just as challenging as the racing! 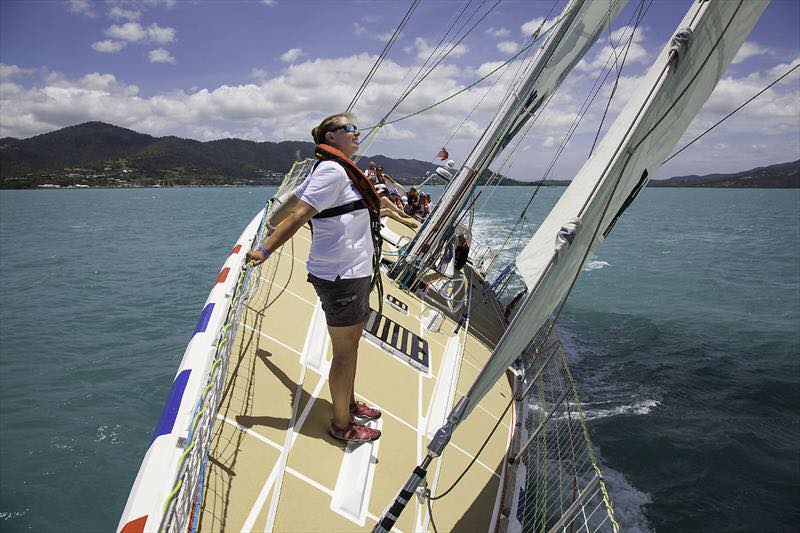 Fiona’s calm head and life-saving skills came in handy in the most expected way during the race. While enjoying the Whitsundays Clipper Race Carnival Rodeo in Bowen in January, 2018, Fiona was the first on the scene after a crowd member collapsed.

The Londoner says: “A man fell from the bottom step and collapsed on the ground in front of me. I went over to see what was happening and found the man in cardiac arrest so started CPR. With the help of a doctor from the audience we kept going until the paramedics arrived. They were with a cowboy that had been injured so we were there for a while. By the time the paramedics got to us the man had a pulse and was starting to respond. They stopped the rodeo, got him into the ambulance and he was taken to hospital.

“The next thing I knew I was having a photo with one of the Cowboys as a thank you. We also got given boxes of mangoes which got shared around the boats and were very well received at the start of the next leg.”

Since returning from the race, Fiona has taken up a new position as the Major Trauma Service Lead Nurse at a London hospital.

Of the race she says: “The race was the hardest but the most rewarding thing that I’ve ever done. It took quite a while for it to sink in what I actually achieved and it was all a bit surreal when the race finished. It was pretty hairy at times but lots of fun, a great adrenaline rush.”