Derry~Londonderry~Doire round the world crew member Ruth Charles, a Brownie leader back home in London, has given a boat tour to the Albany Brownies in Australia.

Ruth is meeting local Brownies in various ports on the race to show her Brownies back home they are part of a global family and network.

Ruth and Derry~Londonderry~Doire crew members showed the Brownies how to grind, steer and they also made a paper boat.

Ruth, of the UK 6th Fulham Brownies, also gave the children an English Brownies badge, and they all received a goodie bag of Clipper Race merchandise. 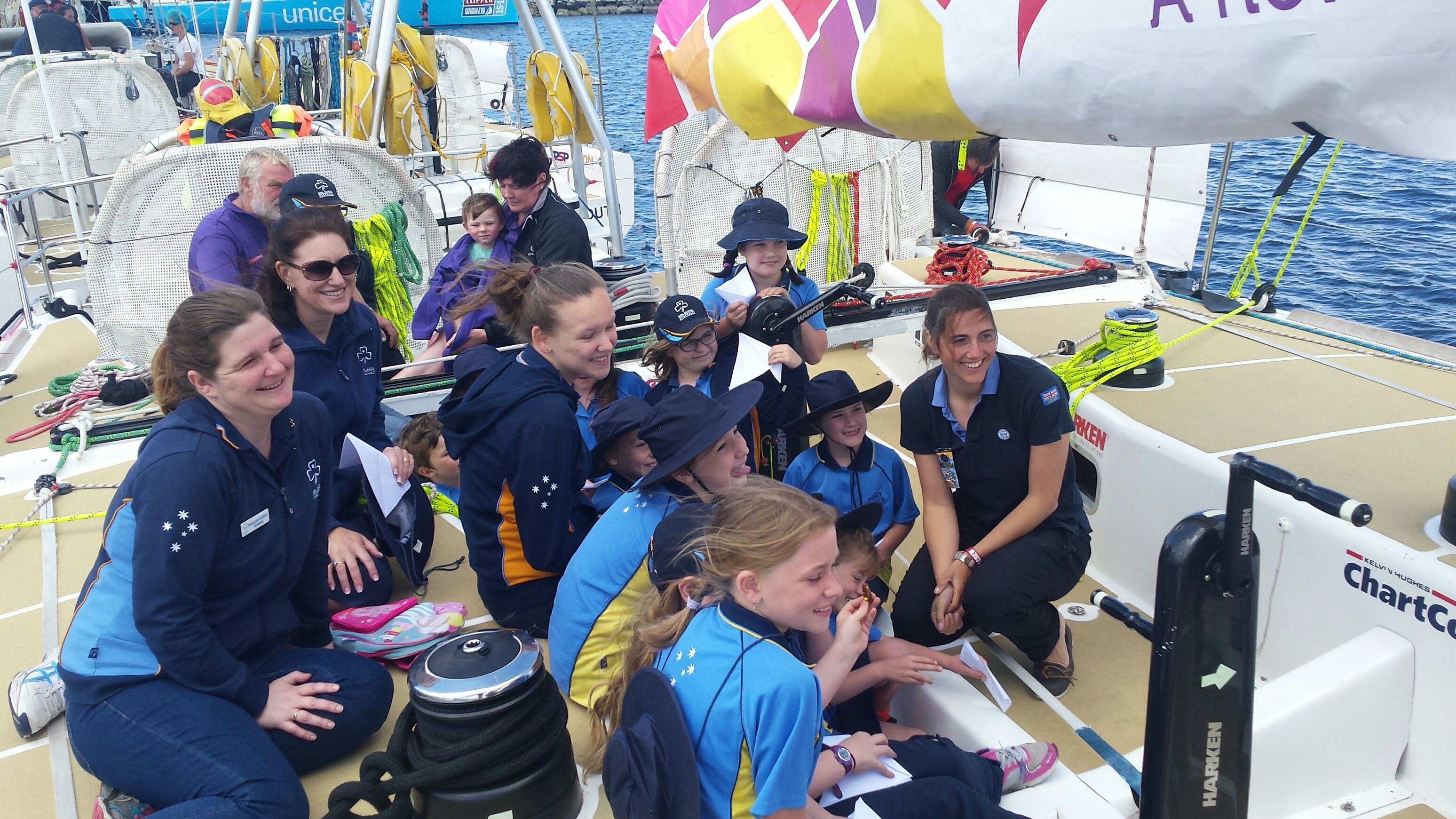 Albany Brownie Brooke Ferguson, 11, said: “It was really good to see all the different areas and parts of the boat and where the crew eat and sleep. I most enjoyed being able to interact with the features, such as having a go on the steering wheel.

“I think Ruth is a really adventurous girl to be doing this challenge. It must be scary at times when it is stormy. It’s also interesting that she is able to do activities with different Brownie girls around the world,” Brooke added.

Ruth said: “I want to show my Brownies back in London that they are part of a worldwide family and network.

“It is also good to give the local community an introduction to the Clipper Race experience by inviting them to come and look on our boat,” Ruth added. 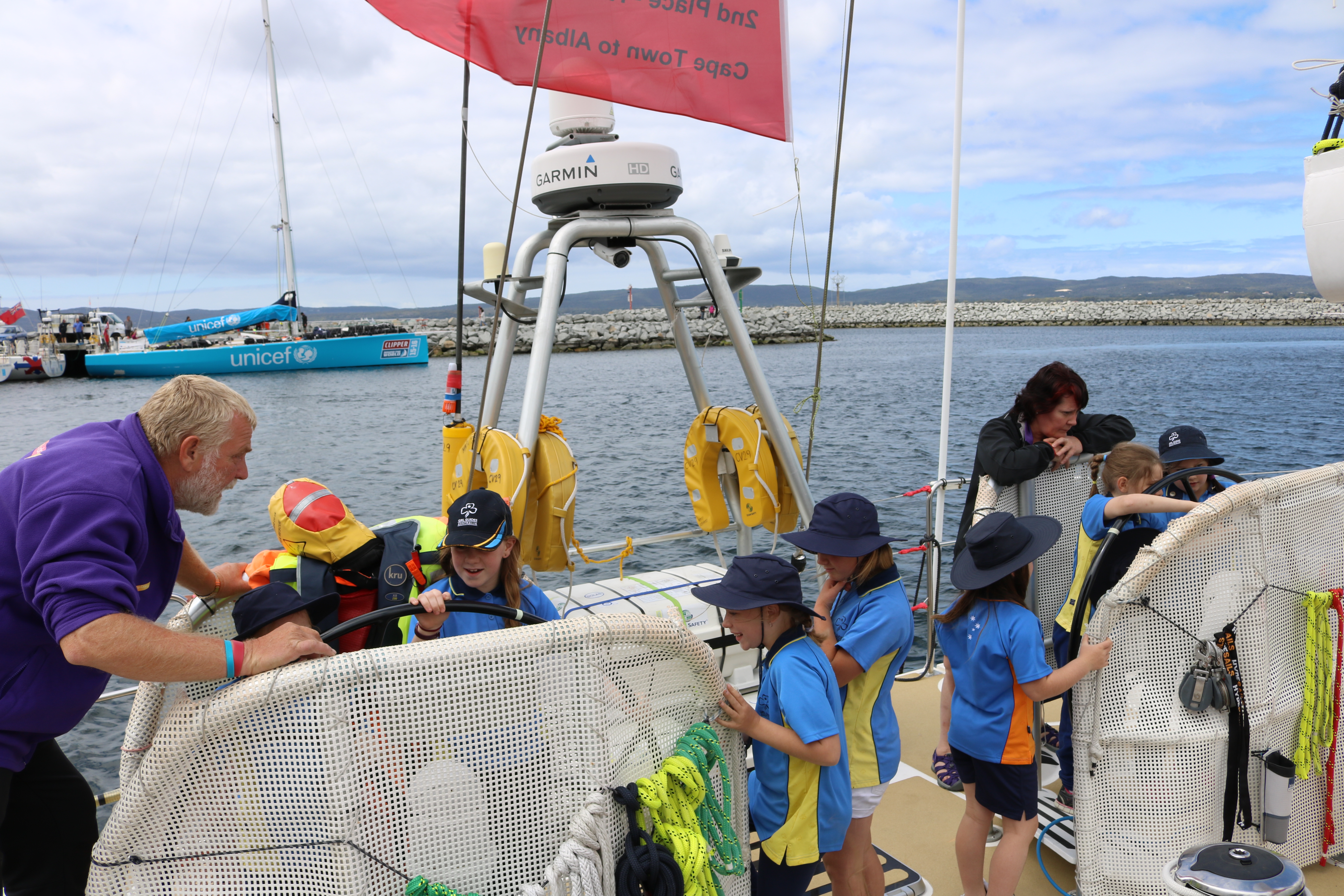 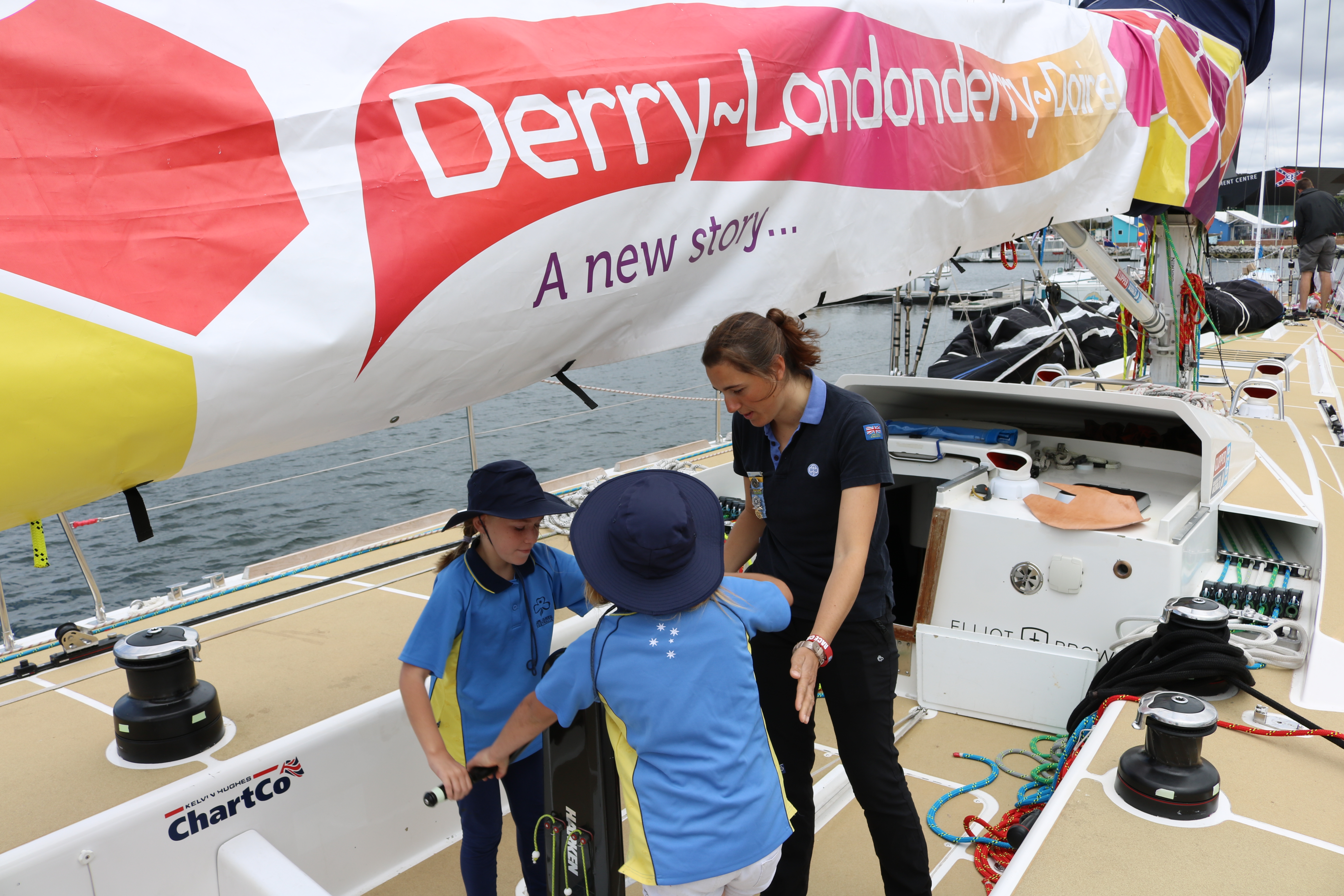 There are various activities happening down at the Albany Boatsheds and Marina today, including open boats until 4pm.

Today, Leg 3 crew members hand over the baton to the Leg 4 crew joining their teams to take part in the All-Australian Leg which includes the race from Albany to Sydney, the classic Rolex Sydney Hobart Yacht Race, and then up to the stunning…