Clipper 2017-18 Race Skipper Nikki Henderson has been awarded the prestigious Yachting Journalists’ Association (YJA) Yachtsman of the Year Award after making history when, at 24, she became the youngest ever skipper to compete in the biggest round the world yacht race. 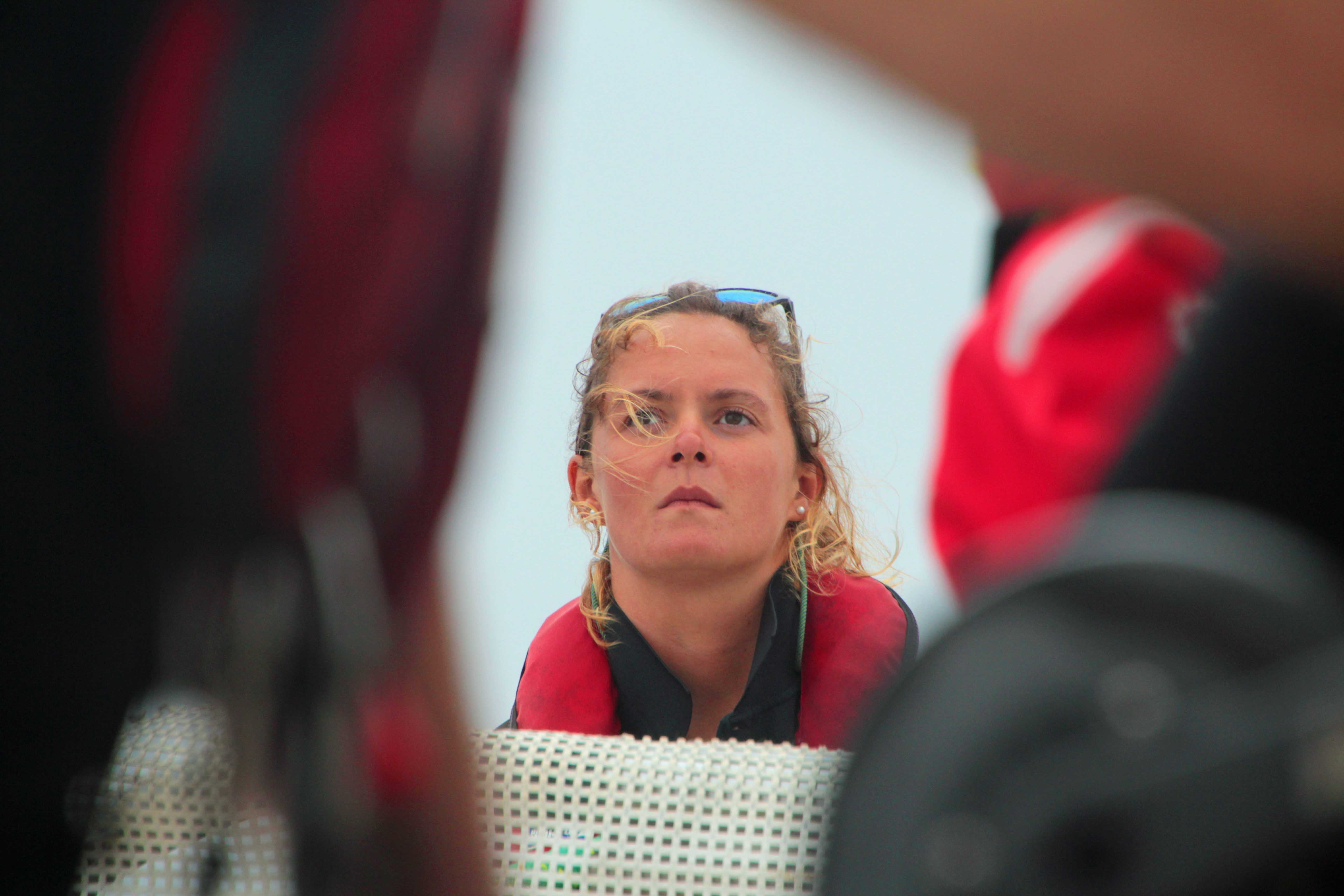 The award, which was presented jointly to the 25 year old, and Tracy Edwards MBE for her work with Maiden, during a ceremony in London.

Cliff Webb, YJA Charman, said: "The YJA is delighted to recognise Nikki's achievement in becoming the youngest skipper ever in the Clipper Race, and to have guided her crew to a second placed finish overall, missing outright victory by the narrowest of margins, is really remarkable.

"She showed extraordinary skill, seamanship, and race tactics through eleven tough months of competition, where she shouldered the responsibility of keeping her crew safe, while teaching people more than twice her age. It was an outstanding performance, showing tremendous leadership and team building qualities."

Speaking at the award ceremony, Nikki said: "It is all well and good being ambitious and brave as a young person, but it also takes people to have faith in you and give you the breaks. To everyone in my life who has given me those opportunities; thank you, and I hope I have done you proud!"

This is the second Yachting Journalists’ Association (YJA) Yachtsman of the Year Award for the Clipper Race, with crew member Gavin Reid presented with the honour in 2016 after going to the aid of a non-Clipper Race yacht during the 2015-16 edition of the race. Founder and Chairman Sir Robin Knox-Johnston has also been named the Yachtsman of the Year four times (2014, 2007, 1994, 1969).

The Clipper Race is unique in that it trains everyday people to become ocean racers – with 40 per cent of crew having never sailed before. Nikki skippered her Visit Seattle team 40,000 nautical miles around the world battling phenomenal sea states with 14 metre high waves, hurricane force winds, boat speeds up to 35 knots (equivalent to 40 mph), extreme heat and freezing conditions. Anyone over the age of 18 can participate as a crew member in the Clipper Race and the oldest crew member of Nikki’s Visit Seattle team was 71 years old – almost three times her age. 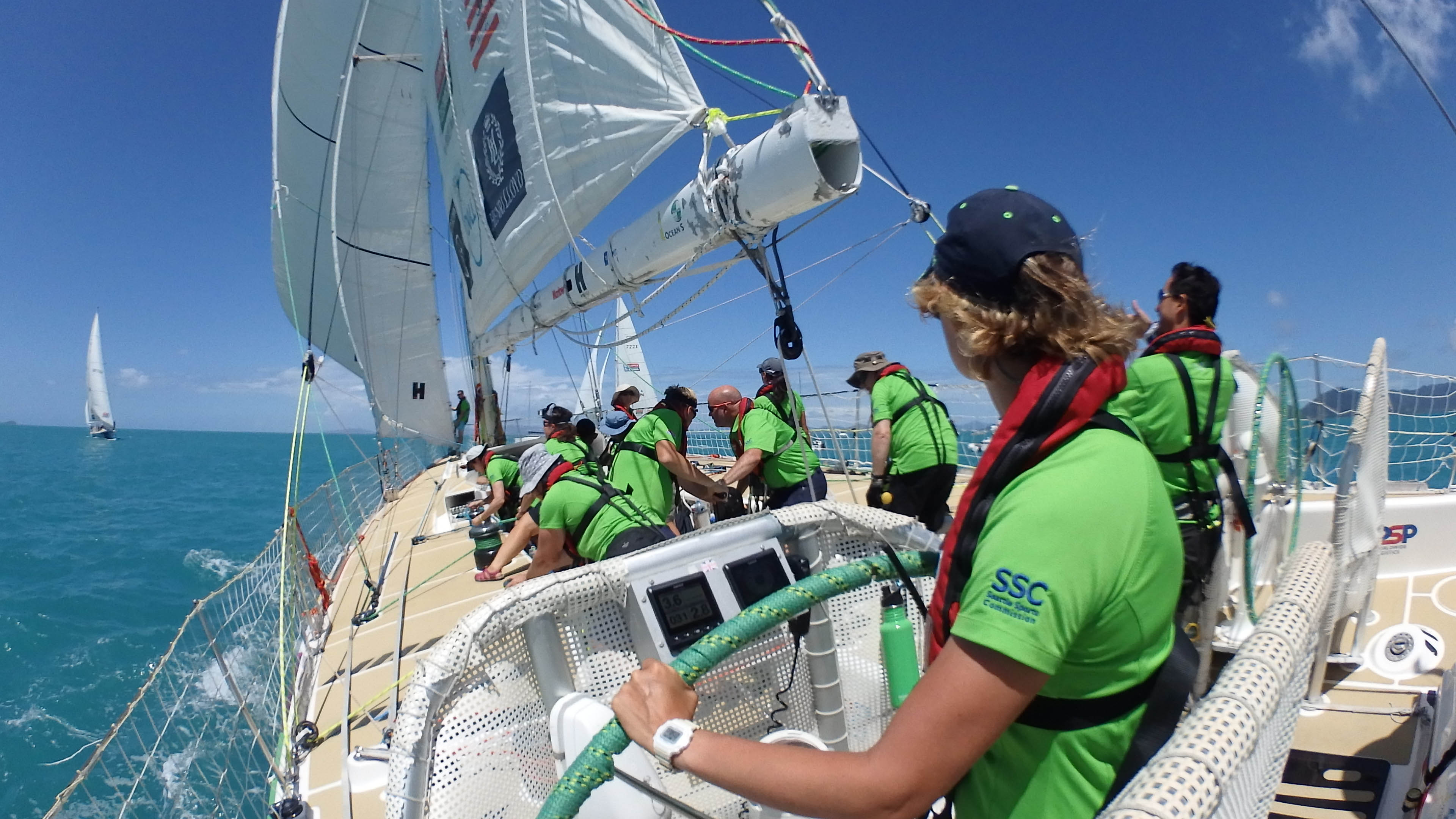 The YJA award ceremony also celebrated the achievements of Sir Robin, who will reach two significant milestones over the next month; his 80th birthday and the 50th anniversary of his Sunday Times Golden Globe Race achievement. Speaking about Nikki during the last edition of the race, he said: “One of her strengths is her leadership. She built a happy and cohesive team and made these 50 people, men and women of all ages and from different nations from around the world, buy into her team ethos “sailing with style’. It takes a special kind of person to be a Clipper Race Skipper – part teacher, counsellor and sports coach and so to lead her team to second place (and it was a nail-biting finish) is an amazing achievement.”

Over the 11 months of the race, Nikki led her team to three outright race victories and two second place finishes in 13 races. She was able to guide her novice crew safety around the world with little damage to the yacht despite surviving the roughest weather of the fleet through mountainous seas in the North Pacific crossing.

The tropical paradise of Sanya, China, has today opened applications for its Clipper Race Ambassador Programme. The…

From racing around the world with only a radio (that didn’t even work for the last four and a half months), to seeing the Clipper 2017-18 Round the World Yacht Race fleet by the latest Dell Latitude Rugged laptops, it’s fair to say Clipper Race…

Following a successful debut in the Clipper 2017-18 Race, Coppercoat has signed a new two-race partnership as the Official Antifoul Supplier for the next two editions of the Clipper Round the World Yacht Race.First applied to the training fleet of Clipper 68s and racing fleet…

Timothy Morgan, a 19-year-old student from Wellingborough, Northamptonshire, is preparing to take on the ultimate gap year challenge of racing…