Out of the remaining teams still competing in Race 1, ClipperTelemed+ was the first of the seven yachts to arrive at Marina Da Gloria in the early hours local time this morning (Thursday 1 October), in what was the busiest day arrivals day yet.

Arriving back on land for the first time in over a month, Canadian Skipper Diane Reid was pleased to finally be in Rio after 30 days of racing: “It's amazing. We've had an awesome second half of the race to get us up here from the back of the pack so we're very happy to be here. It has been a very long race. We didn't have the doldrums inside the Doldrums but we did have them outside of the Doldrums. We had a little bit of rain along the way and lots and lots of massive heat and humidity, and not as much wind as we had hoped for in some of the spots. But we did have some great kite flying too and I can't complain about that." 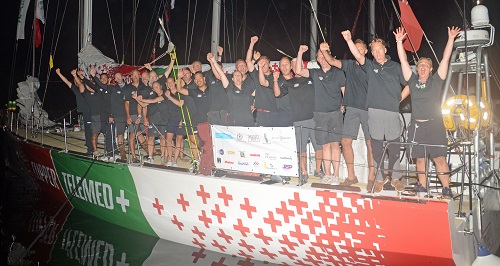 The course was shortened by the Race Office due to continuing light conditions to avoid further delays and to ensure all the fleet would be in Rio for the Atlantic Trade Winds Leg Prizegiving on Friday evening. Race positions were calculated at 0000 UTC this morning (2100 local, 30 September)

The fleet started to split into two on Day 3 of racing when the latter seven yachts were caught in an early doldrums style area of wind holes whilst passing the island of Ushant on the most northerly west tip of France. The light weather conditions slowed progress dramatically, even causing teams to be swept backwards at one point in strong tides while the front teams continued to find good winds and progress through the Bay of Biscay.

They faced another frustrating time covering the last 50 miles into Rio with ClipperTelemed+ managing just two knots in the final stages yesterday prior to the early finish and being able to motor the last 25 miles in four hours.

Visit Seattle was the seventh yacht to arrive into Marina da Gloria at 0900 local time (1200 UTC), Skipper Huw Fernie reports: "On board it’s been a miraculous transformation between a group of people who were very keen amateurs in London and we’ve come through strong winds and tough times but we’ve merged as a racing unit. As well as that we are a really close team and very supportive, and everyone has pulled together as a little Visit Seattle family.

"Keeping the morale high on Visit Seattle was all about signing and dancing and enjoying the moment as much as enjoying the long term race and we focused a lot on that. We left London in great spirits and carried that momentum throughout the race.

"We’ve spent a month at sea for the whole of September, as a team we can’t wait to experience Rio. We now have the deep clean to do and alongside that a little bit of maintenance but the boats in really good condition and were going to take a tour of Rio and enjoy that fact that we raced across the Atlantic to get here.

"When we were competing with the other boats, we found we could pull away from them if they were chasing us and that we could chase them down if they were behind us. For Race 2 the spinnaker will be ready to go and we look forward to the race to Cape Town in first place!" 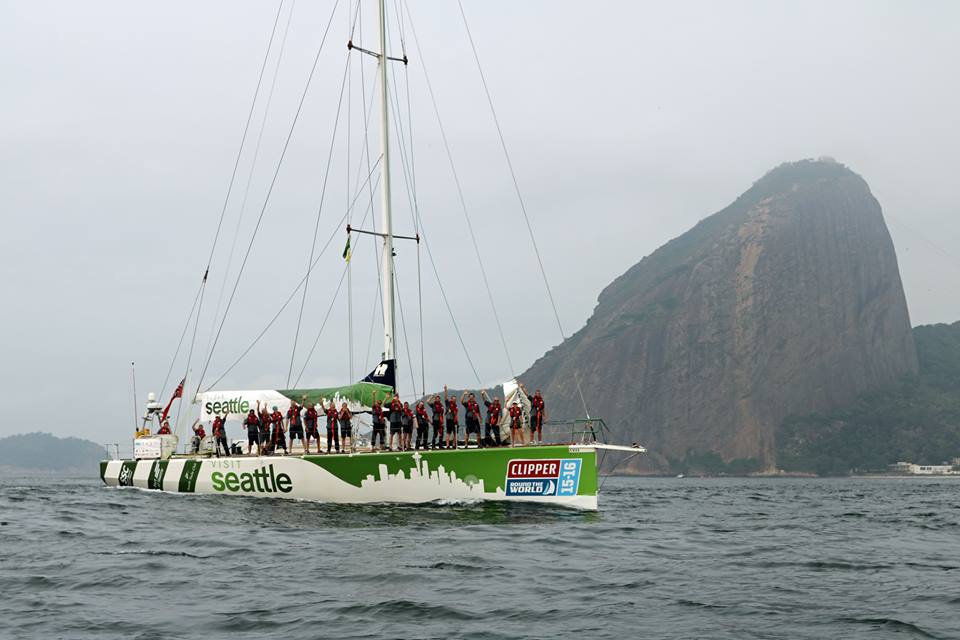 PSP Logsitics was the eighth yacht to arrive. Reflecting on the month-long race, Skipper Max Stunell says: "It’s a long way to Brazil from England! We have experienced a lot of sunshine, wind, lots of wind, no wind and everyone has had a great time. We have done 24 sail changes in the past 24 hours I think the crew are glad to get off the boat! The crew were a rag tag bunch before and now we are a finely honed machine waiting for Race 2. I have eaten a lot of custard on this race! 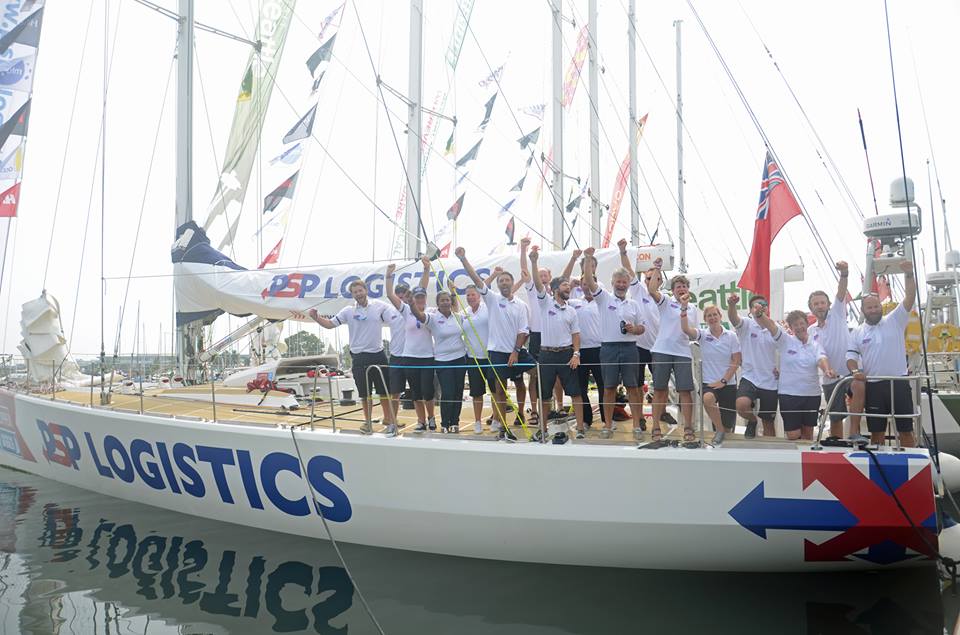 Mission Performance arrived into the marina after PSP Logistics at 0945 local time, 1245UTC. Skipper Greg Miller said: "Leg 1 was highly frustrating at times, and very exhilarating at times. Overall it was a brilliant experience. The crew have had a ball. It has been a learning curve, but we have learnt really well, adapted to our challenges and come out well and are well-placed for Leg 2 now." 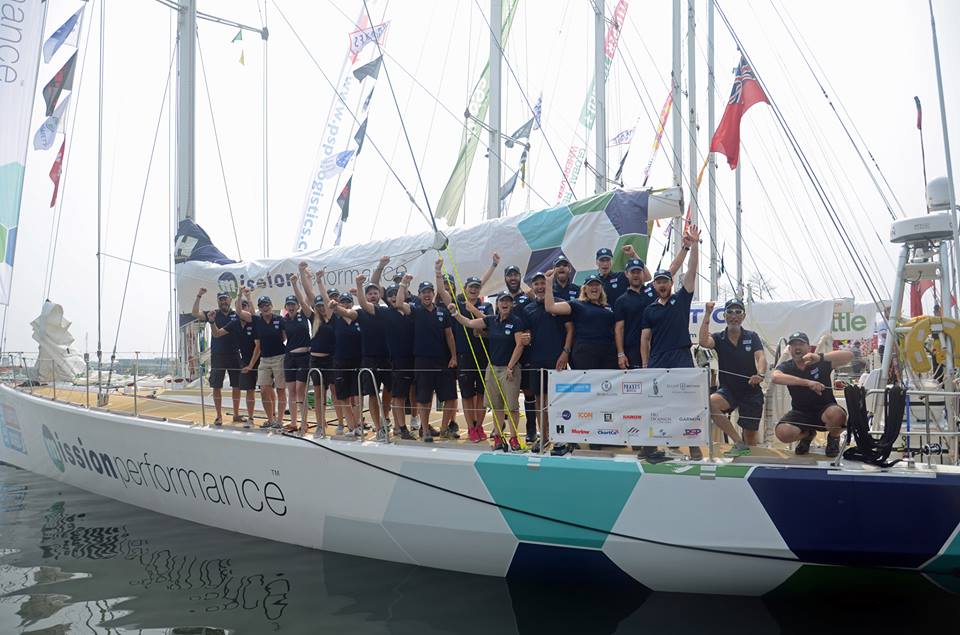 Da Nang-Viet Nam was the tenth team to arrive into port. Australian skipper Wendy Tuck said: “It's been long and hard at times, but now that it has come to an end, I’m a tad sad. It has been great seeing the crew grow in confidence and learn new skills along the way.

“The Leg 1 highlights have been leaving London - it was such an incredible atmosphere. The first few days saw us settling into the rhythm of the boat. The Bay of Biscay was kind to us, and we enjoyed crossing it while surfing waves under kite and a full moon. I loved crossing the Equator and passing the few groups of islands.

“We are all looking forward to Leg 2 - we have learnt so much. I have already started our planning and looking at the routeing charts. It will be a chance for us to try and redeem ourselves,” she added. 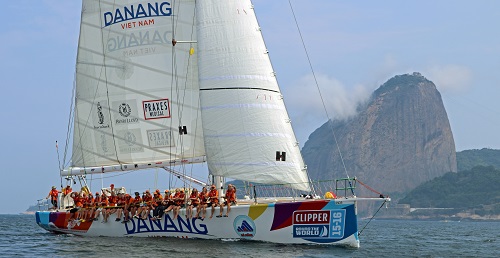 Final race positions will be announced once the Race Office verifies boat logs and recalculates IchorCoal’s redress to take into account the shortened course.

The final team ETAs will be updated here.

IchorCoal and Unicef have arrived in Rio de Janeiro, Brazil and are berthedat Marina da Gloria.Click here for more information on the fleet's arrivalYou can learn more about Rio de Janeiro by clicking here.

As we have witnessed in Race 1, after racing more than 5000 nautical miles across the Atlantic Ocean, and at…

Despite there being seven boats still racing, it has been an anxious 24 hours for Clipper Race followers with up to four teams opting to activate Stealth Mode over the same period. This is a tactical rule introduced by the Race Office which allows each…