The Consul General of Viet Nam to Western Australia has visited the Da Nang – Viet Nam team in Albany bearing gifts of renewed coffee supplies that have been fuelling the crew across the world’s oceans.

It’s estimated that the team has already brewed more than 5,000 cups of Vietnamese Coffee since leaving London at the end of August and were on their last bag when the welcome gift was received.

“We really enjoy the kind gifts of coffee received from Da Nang and Vietnam; It’s our secret weapon and keeps us going,” joked Skipper Wendo. 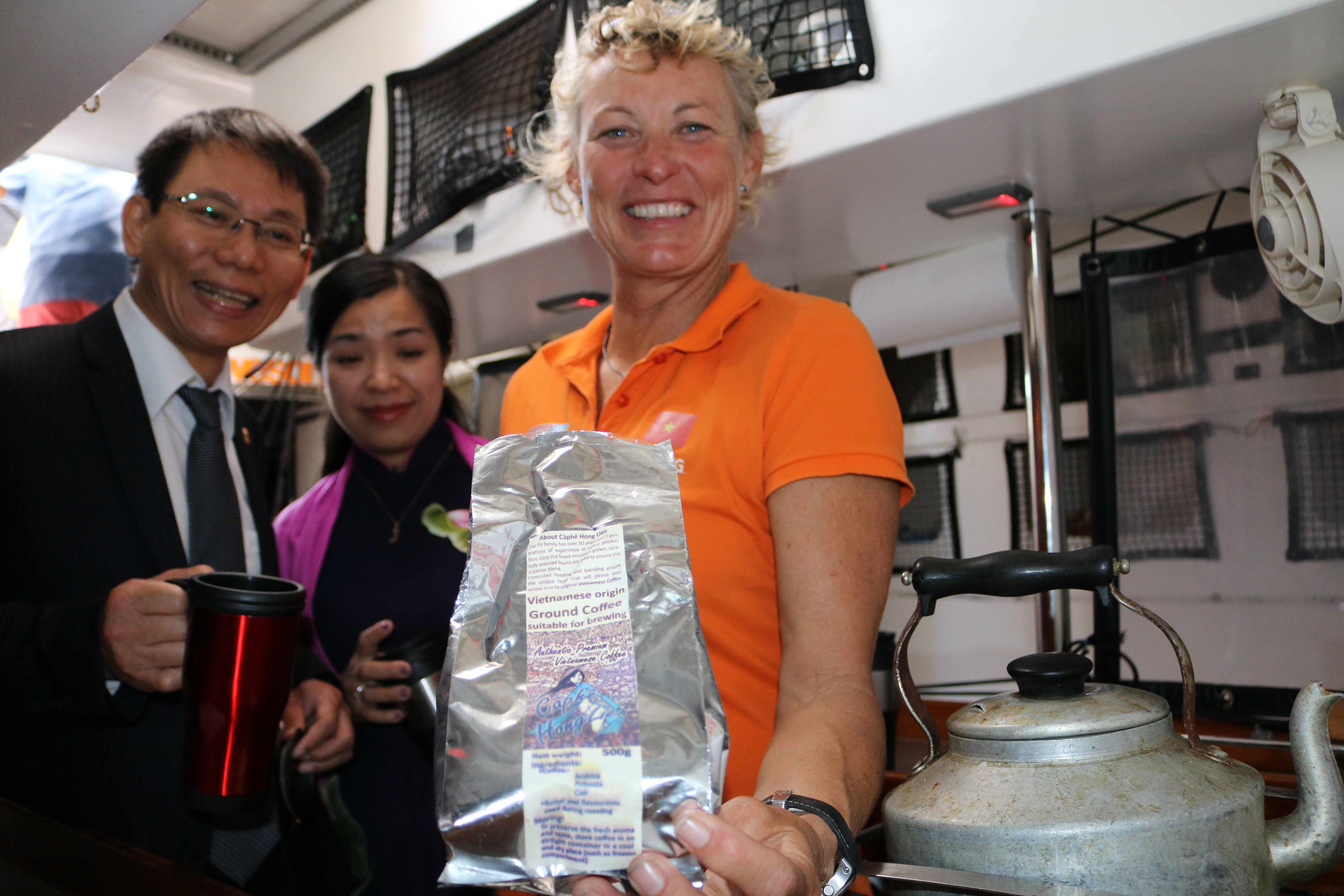 The Consul General and his wife were given a tour of the boat and inspected the Galley where the coffee is brewed.

“Joking aside, we are really proud to represent Da Nang – Viet Nam; the city and the country have been very supportive, sending letters and meeting us in port. We can’t wait to reach Da Nang and are even more excited after seeing the promotional video shown at tonight’s reception.”

The Consul General told local civic representatives how he has seen trade between Western Australia and Vietnam grow substantially during his three years in the state and emphasised the potential business, cultural and educational opportunities.

“I am very pleased to come to Albany to welcome the Da Nang – Viet Nam boat and its crew to Western Australia on behalf of Da Nang and Viet Nam. The Clipper Race provides an excellent platform for us to promote tourism, trade, investment and cultural understanding around the world,” said Le Viet Duyen.

“I have also been able to meet with the Mayor of the City of Albany to explore new relationships and opportunities, such as attracting some of the 20,000 Vietnamese students who now study in Australia.” 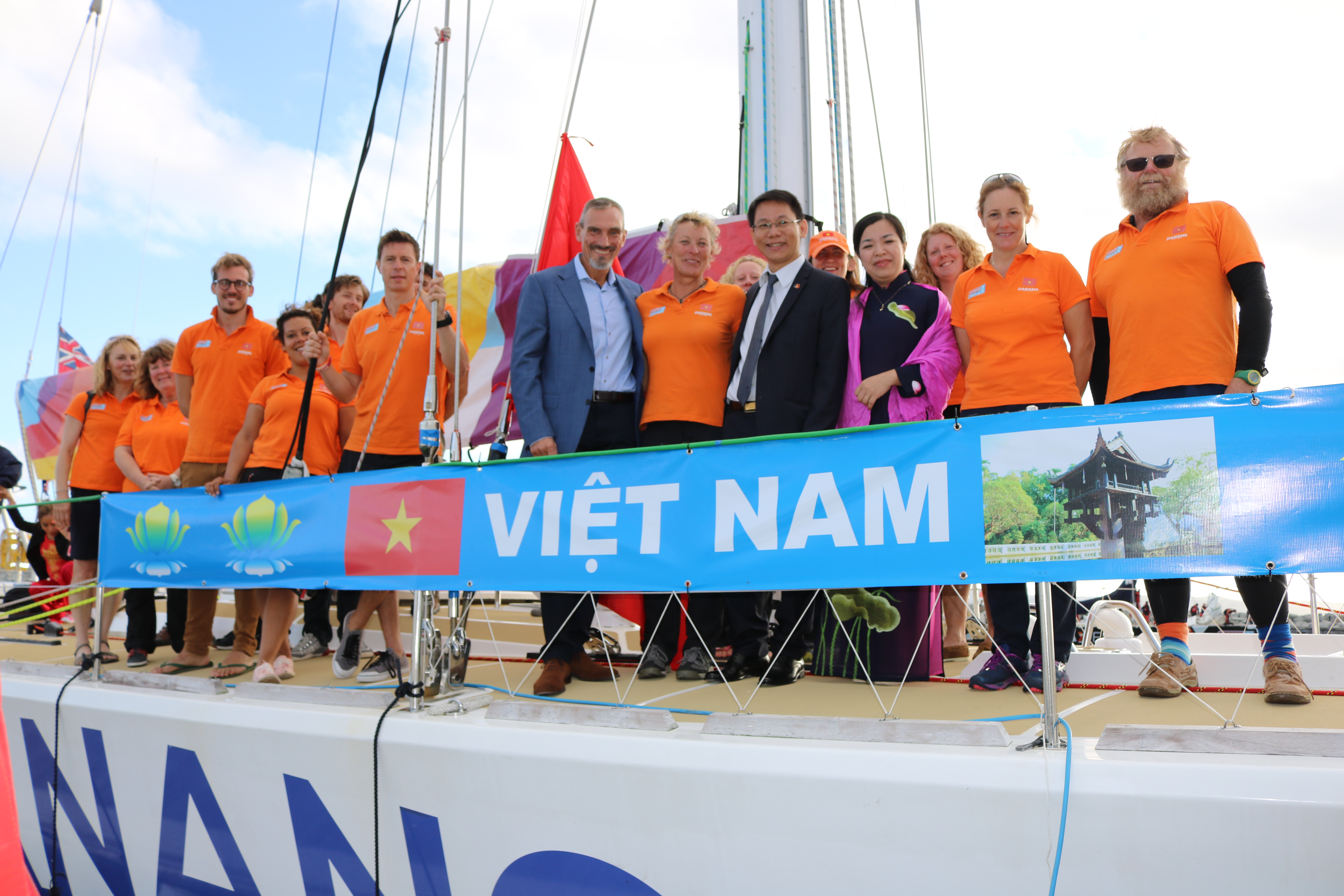 William Ward, CEO of Clipper Ventures said it was very positive to see how Da Nang and Viet Nam are capitalising on their partnership with the Clipper Race: “We created the race as a platform for international relationship building, not only among our crew but also between all our partners to help them boost investment, trade and tourism; cultural and educational collaboration.

“I am pleased that the Consul General has been able to use his visit to meet with our Official Host Port, the City of Albany, and I hope the opportunities they have identified will flourish into tangible benefits in the future.”

The Clipper 2015-16 Race will visit Da Nang in mid-February 2016. More details about the stopover including the video can be seen here.