Following a successful debut in the Clipper 2017-18 Race, Coppercoat has signed a new two-race partnership as the Official Antifoul Supplier for the next two editions of the Clipper Round the World Yacht Race.

First applied to the training fleet of Clipper 68s and racing fleet of Clipper 70s, back in the winter of 2016, Coppercoat antifoul has already lasted over two years. The world’s only water-based and VOC-free antifoul the coating commonly remains effective for at least ten years and the renewed Clipper Race partnership will continue to put this to the test. 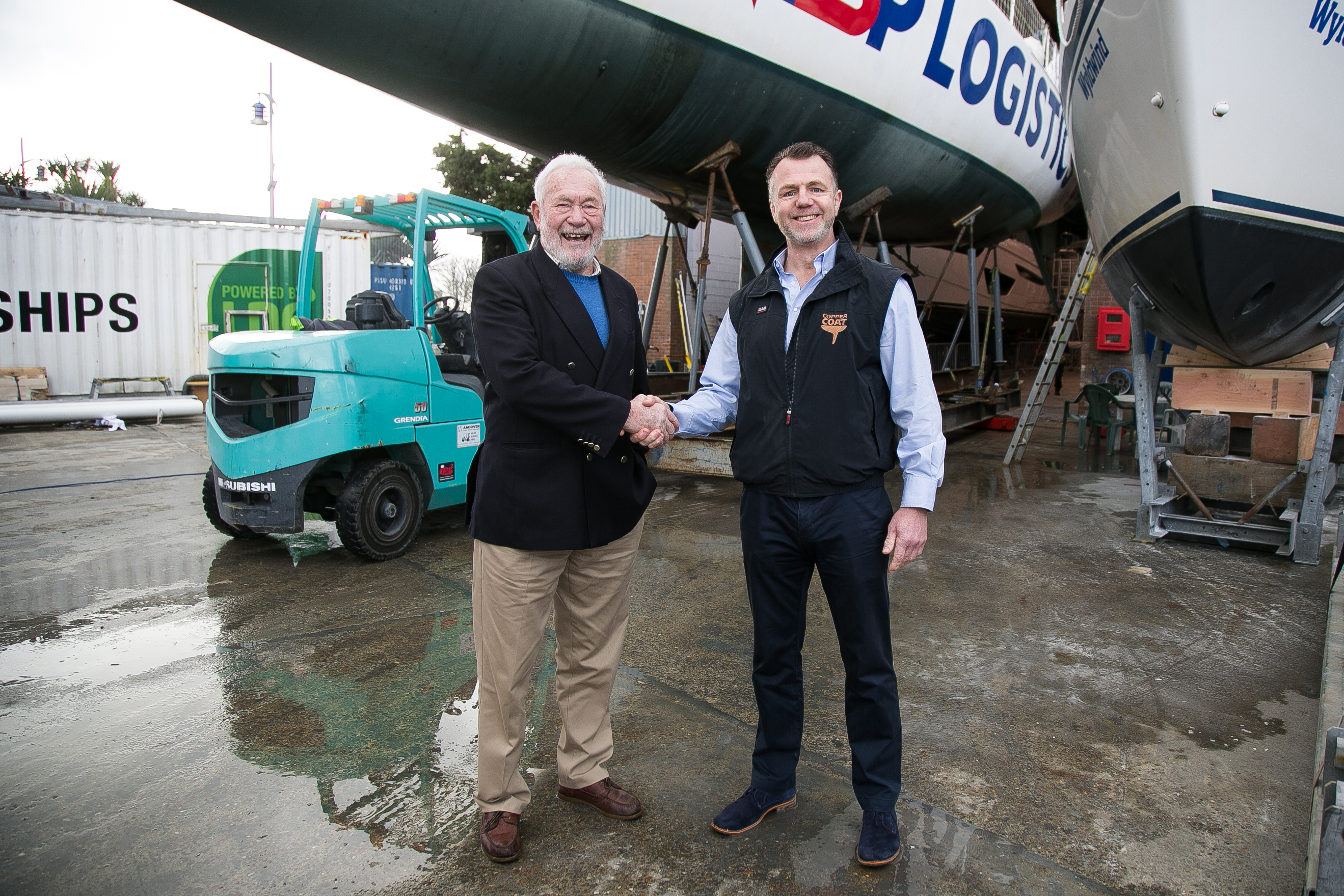 Image: Clipper Round the World Yacht Race Chairman and Founder Sir Robin Knox-Johnston and Coppercoat Director Jayson Kenny celebrate as Coppercoat is again selected as Official Antifoul Supplier for the next two editions of the Race.

Sir Robin Knox-Johnston, Clipper Race Chairman and Founder, who also had Coppercoat applied to his record-breaking yacht Suhali, said: “Our confidence in Coppercoat has been rewarded. Across the fleet of Clipper 70s the coating withstood the rigorous conditions of a 40,000nm circumnavigation and following the Clipper 2017-18 Race remains in near perfect condition. As we prepare for the next race there was absolutely no question that we’d extend our association with the company,”

For the first time in the race’s history the Clipper Race fleet did not have to be lifted in Australia, at the race’s half way point, for antifoul to be removed and reapplied. And during the current refit process, ahead of the start of the 2019-20 edition this summer, a simple wash was all that was needed to remove minor levels of growth on the hulls of the 70ft ocean racing yachts. 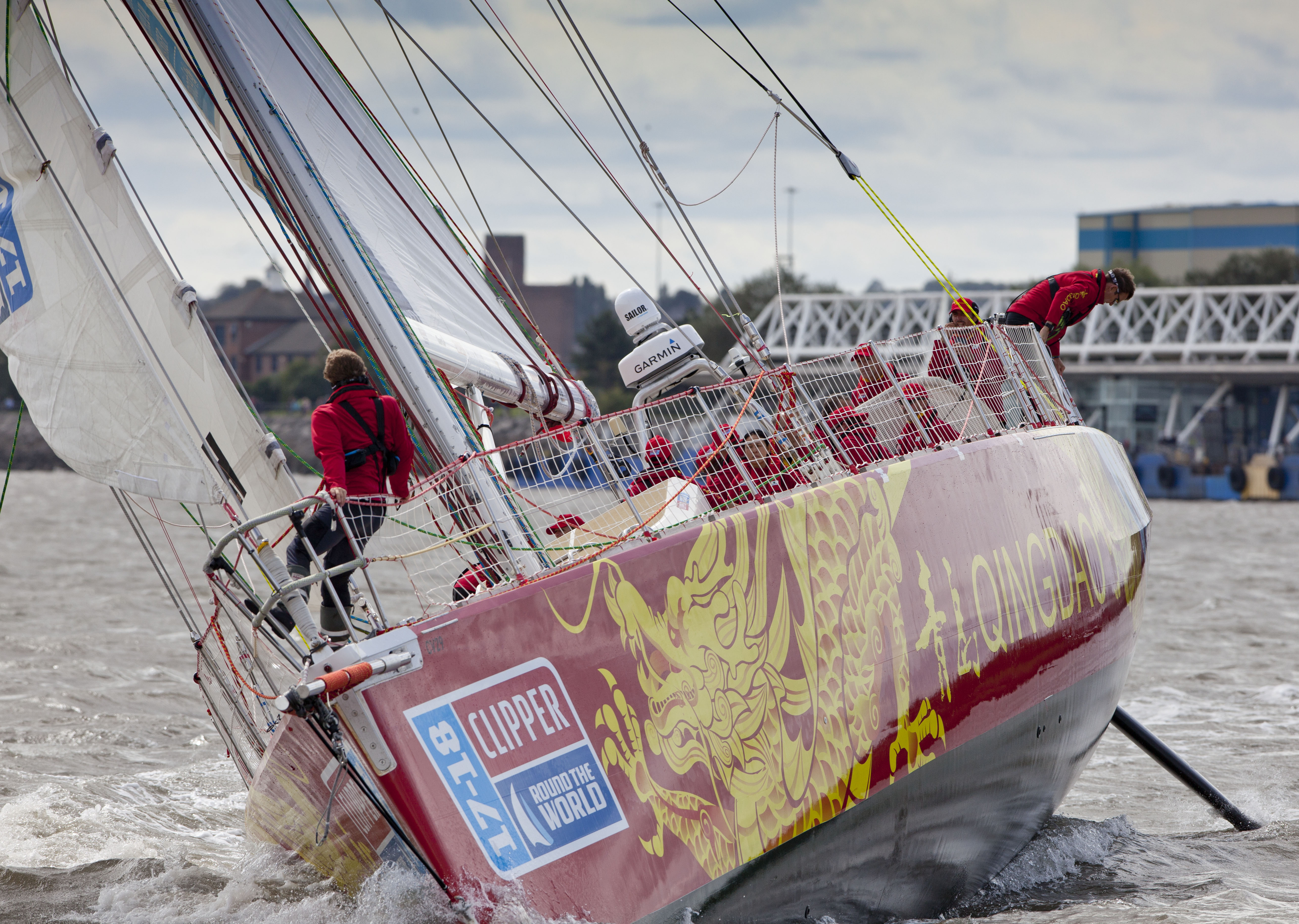 Image: One of the Clipper 2017-18 Race yachts in action. Following the 40,000nm race, the Coppercoat on the hulls remains in near-perfect condition

“We have of course made it clear that we will touch up the coating on the Clipper Race fleet’s hulls if required, but this emphatically hasn’t been necessary as yet,” said Ewan Clark, Coppercoat Director. “Based on the unsullied condition of the Coppercoat on those hulls, supported by the innumerable positive testimonies we’ve accumulated over almost three decades of trading, there’s every reason to suggest that the original coating we applied in 2016 will last not only throughout the 2019-20 race, but will also see out the 2021-22 event. Its coat-and-forget properties represent their own ringing endorsement.”

Antifoul slows the growth or marine algae and facilitates the detachment of aquatic organisms that can establish themselves to the hull of a yacht. A high degree of fouling on a ship’s hull significantly increases drag. By reducing this biofouling, antifoul ensures the performance of the yacht is unaffected. For more information on Coppercoat, its benefits and local distributors visit coppercoat.com.

For everyone taking part in the Clipper Round The World Yacht Race, the passage through the Panama Canal is a…

Timothy Morgan, a 19-year-old student from Wellingborough, Northamptonshire, is preparing to take on the ultimate gap year challenge of racing around the world.Struggling to concentrate in class whilst searching for possible gap year options, he stumbled across the Clipper Round the World Yacht Race and…

Just months out from the 50th anniversary of his historic voyage, Sir Robin Knox-Johnston has travelled to Les Sables d’Olonne to congratulate the winner of the Golden Globe Race 2018. Sir Robin was one of the first to great his good friend Jean-Luc Van Den…

Ina Baum, a 53-year-old Management Consultant from Köln has made the lifechanging decision to circumnavigate the globe just ten short…