“I have chosen Unicef as my principle charity. Its cause for children around the world is particularly relevant at the moment given the wars and trauma kids are being caught up in, and it just seemed right to do so as part of my Clipper Race challenge,” says 2017-18 race crew member Gareth Osborn who, with help from work colleagues, has just raised a fantastic £10,000 to get the next race’s Unicef fundraising tally off to a flying start.

Gareth, a Chartered Surveyor from Berkshire, UK, seized the opportunity to show his support for the Official Race Charity during a recent business regatta run by his company, SEGRO.

He says: “The annual SEGRO regatta regularly sees 15 to 16 yachts of employees from various companies take to the water to race around the Solent. We had a fantastic turnout with approximately 150 sailors in attendance. I decided this would be a wonderful platform to share the work of Unicef and encourage people to support my race adventure and donate.

“The response from my colleagues was great as we won the regatta and everyone was very positive about my Clipper Race experience so far. Following the great success of funds generated for Unicef, we plan to run the regatta again in aid of the children’s charity,” Gareth adds.

Unicef is the world’s leading children’s organisation, ensuring more children are fed, vaccinated, educated and protected than any other organisation. Unicef operates in 190 countries round the world, including every country on the Clipper Race route, and has done more to influence laws, policies and customs to help protect children than anyone else in history.

Gareth, taking part in Legs 3 and 8, says he is participating in the Clipper Race to ‘achieve something from his bucket list, and to prove that you can teach an old dog new tricks’. He is one of 578 crew currently signed up to take part in the eleventh edition race, which sets sail this summer. 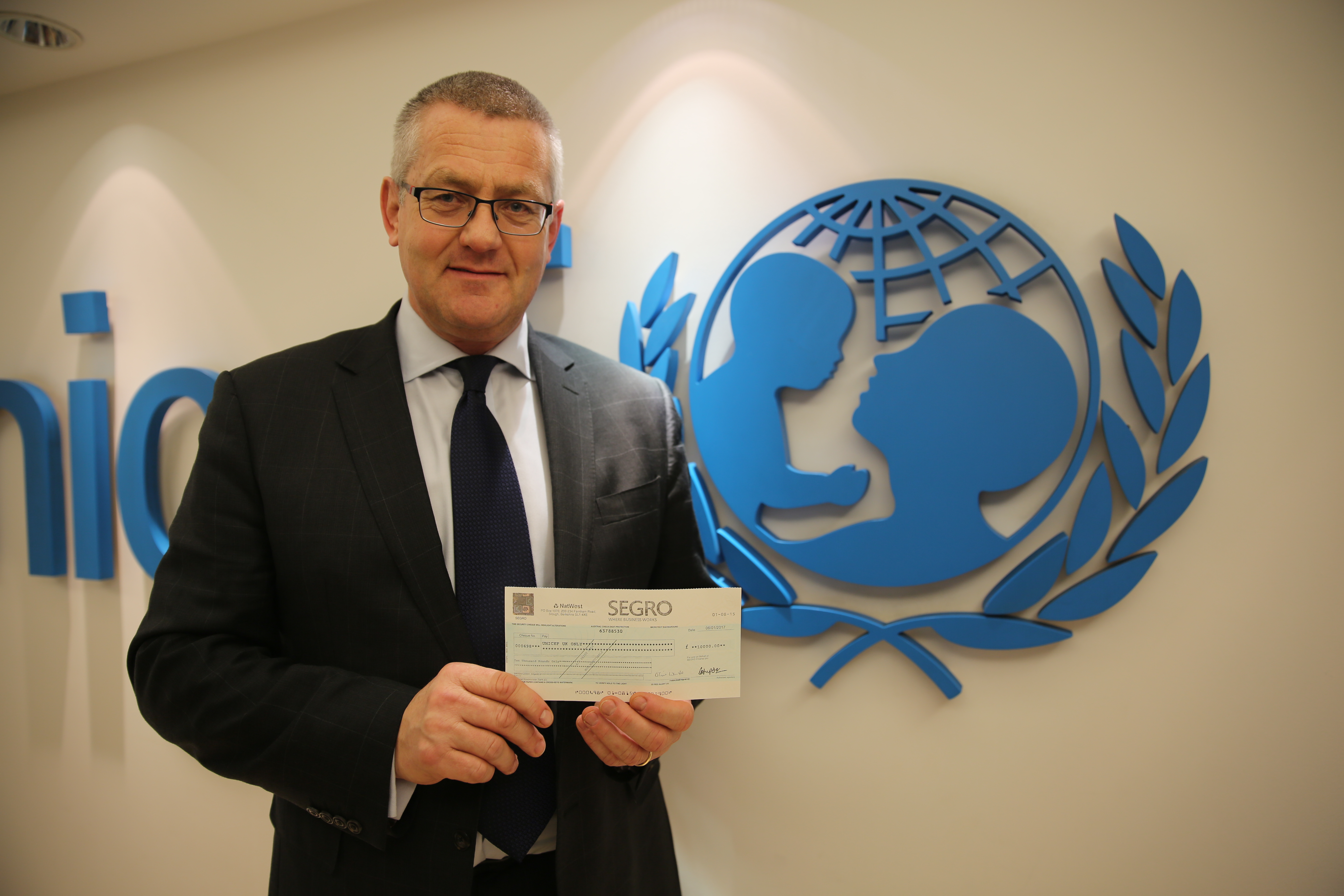 All crew fundraising contributions go towards achieving the Clipper 2017-18 Race’s overall Unicef fundraising target of £400,000 – which by illustration could help buy all of the following combination of life changing services and items:

Unicef's Public Fundraising Executive, Rebecca Copper says: "Thank you so much to Gareth for his incredible fundraising contribution of £10,000 for Unicef. Gareth’s fundraising could give such an amazing amount of help to children all over the world; £10,000 could help to provide either 8 tents for a temporary school or health clinic, enough midwifery kits for 300 mums to help safely deliver their babies, 20 emergency gifts for the children of Syria, or enough measles vaccinations for 20,000 children. This really is absolutely fantastic – well done!"

WATCH: Unicef’s latest video #ItBeginsWithABlanket which tells the story of Yana, a young Syrian girl who has to face the Syrian winter alone.

Want to show your support? To donate, click here.

To find out more about Unicef’s vital work visit:www.unicef.org.uk