This summer Gaëtan Thomas will make history as the first Belgian Skipper to lead a team around the world in the Clipper Race.

The 29 year old from Brussels, Belgium, has always had a strong connection with the ocean, having been at sea as an infant with his family, before leaving school aged 16 to begin working on board yachts, where he has been training and racing as a mate and Skipper ever since.

“Sailing is in my eyes a superb school of life, which we can associate so many values with, such as endurance, respect and sharing. Only a few people have salt in their veins and I would like this passion to spread further so I look forward to sharing it with my crew!”

With more than 50,000 nautical miles under his belt, Gaëtan has sailed across the Atlantic Ocean five times, three times solo, much of Europe and the Caribbean, and is now most looking forward to racing across the North Pacific and Southern Ocean.

Gaëtan adds: “Sailing around the world is one of the beauties of the Clipper Race and I am proud to lead the team and keep the crew and boat racing safely and effectively all the way, that is my goal. Although as a competitor of course I like to go fast too!” 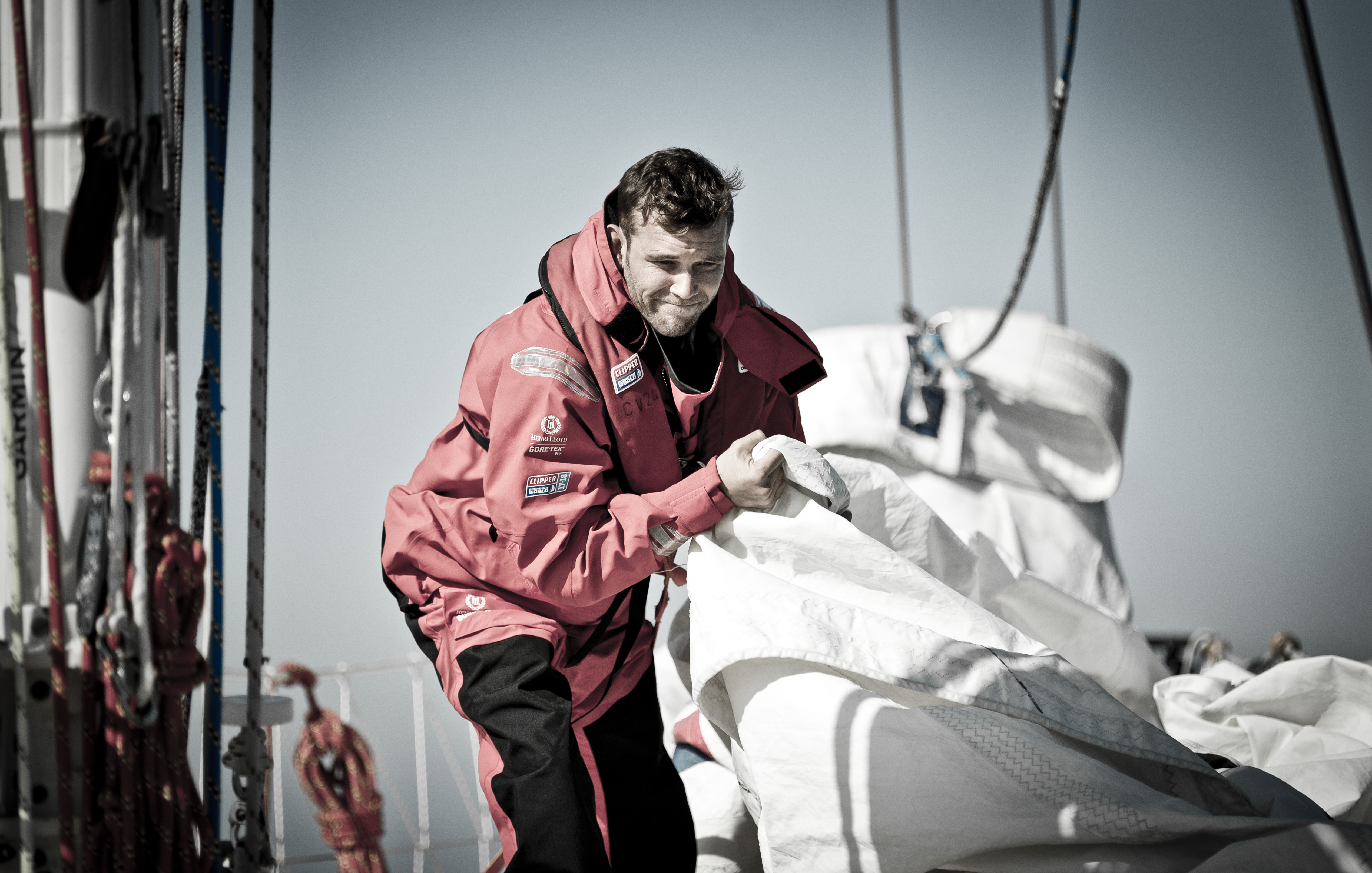 Motivated and competitive, Gaëtan has previously raced solo across the Atlantic, with his longest solo time at sea being 37 days. Inspired by the father figure of French offshore racing, Eric Tabarly, Gaëtan’s life ambition is to one day compete in the professional sailing race, the Vendee Globe.

As well as being adept at solo-sailing, Gaëtan is aware of what it takes to work in a team environment as he explains: “I love sport and I will be involved in all aspects of racing, including being first to help when the team get tired, and completing the mundane tasks at sea. That’s how you get respect as a leader in my opinion.”

Recalling a previous moment he credits for shaping his leadership style, Gaëtan offers: “Years ago, I was working in a kitchen as a chef. On my first day I asked to speak to the boss so was looking around asking the other chefs. It turned out he was actually the guy washing the dishes. It taught me a great lesson and since that day I always strive to be that kind of leader.

“I want to make everyone happy and I was very impressed to hear some of the crew’s motivation to want to participate in the race. I want to keep that motivation up right up to the end of the race. It is a big dream to the crew and it is my goal to ensure I deliver it.” 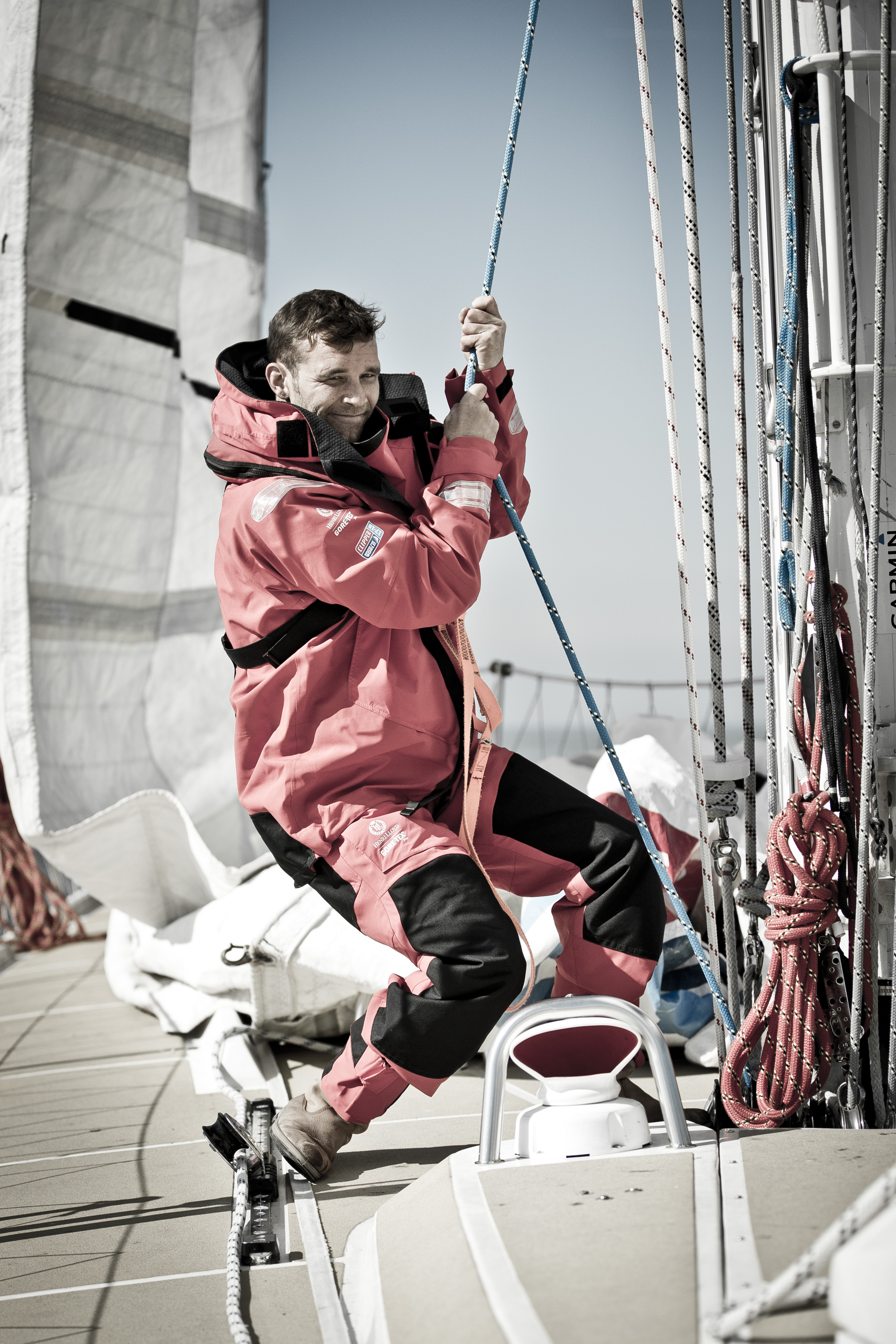 Gaëtan’s adventurous nature extends far beyond sailing and when he isn’t at the helm of a yacht, enjoys mountaineering, motor biking and mixed martial arts, which he says helps with discipline and conditioning for strength both physically and mentally on dry land and at sea.

“The competition starts with ourselves and I look forward to coaching my team during the race.”

Tea or coffee: Tea
Favourite movie: The Abyss with Bruce Willis
If you could have one superpower: Flying
Favourite meal to cook at sea: Carbonara with bacon and parmesan
Most overused emoji: Smiley face. Smile against all challenges, keep calm and don’t be afraid!