With all eleven Clipper 2019-20 Race Skippers now revealed, we are bringing you a closer introduction into their background and personalities, and what they might be like to race under on board.

Here’s what you need to know about Mark Burkes.

Throughout his 17-year professional sailing career, Mark Burkes has already ticked off many bucket list items in sailing. His achievements include completing a circumnavigation (Media Crew, Clipper 2011-12 Race), being appointed as a relief Skipper in the Clipper 2013-14 Race, skippering in the Sydney Hobart Yacht Race and Fastnet, and having crossed all the world’s oceans more than once.

Having also spent the past eight years preparing crew for the Clipper Race as a Training Skipper, Mark is fully experienced in all levels of the Clipper Race journey. He believes though there is really one major achievement left for him to complete: lead his own team in a full Clipper Race campaign.

His three-month long experience as relief Skipper of Garmin in the Clipper 2013-14 Race, gave Mark invaluable insight into what to expect in his role as Skipper. On places he is most looking to re-visiting, Marks says: “The Southern Ocean, again. It’s a magnificent, majestic, sometimes fearsome and very lonely place to be. I love it and loathe it in equal measure.” 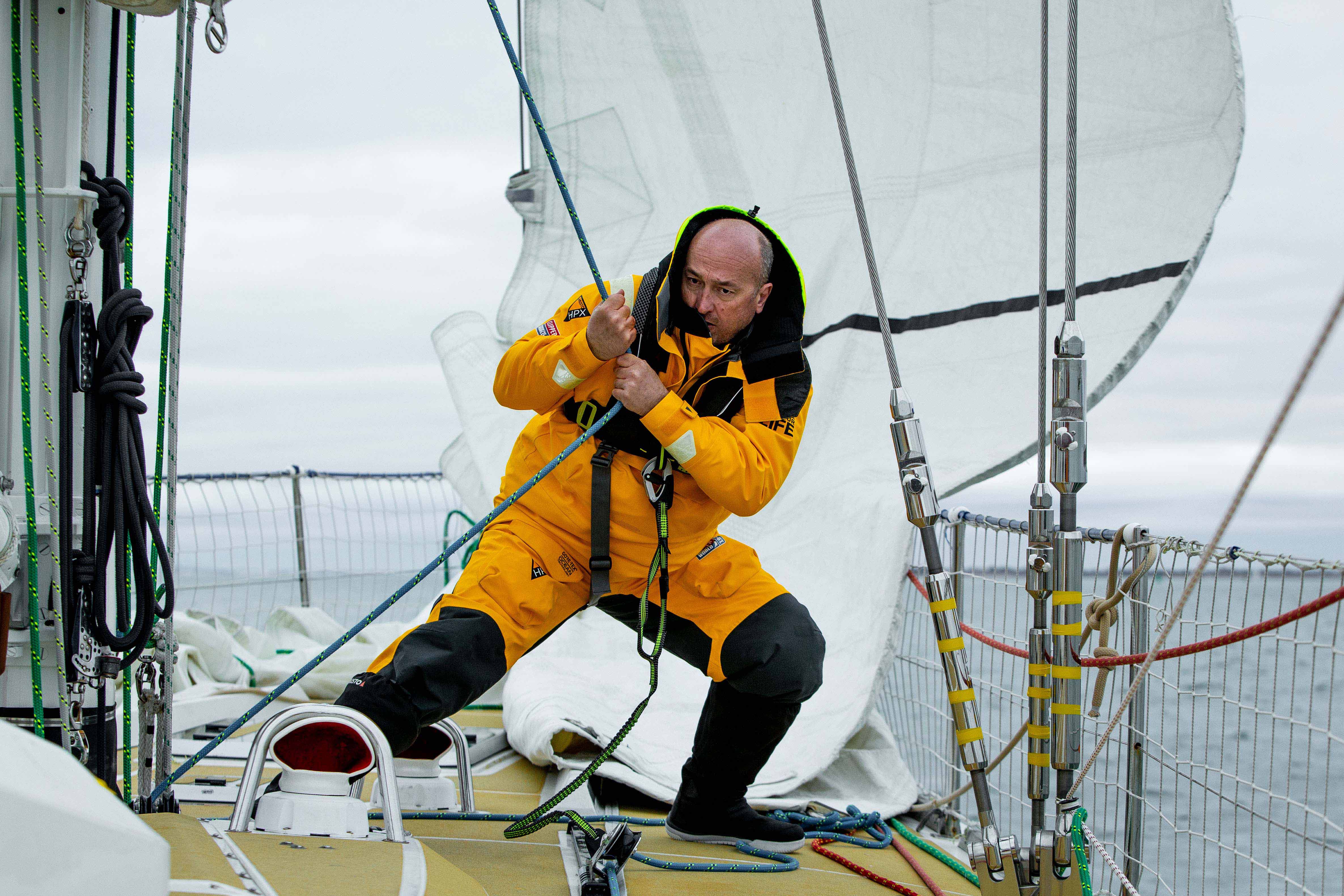 Mark believes a good leader aims to largely make themselves less and less visible as the team grows in confidence and competence. He believes in clarity, individual autonomy, and the need to constantly strive to improve.

His list of favourite things include the song Kashmir by Led Zeppelin, the book ‘The Gulag Archipelago’ by Aleksandr Solzhenitsyn, a cold beer at the end of a hot day (or race leg), or a strong fresh cup of coffee on board. His favourite boat meal includes anything with sweet chilli sauce on it, but says onshore, the wish list is a bit more ambitious.

Mark’s most memorable moment at sea so far was sailing back into the Solent, through the Forts, to the sound of Sir Robin Knox-Johnston firing the finish gun from the foredeck of Suhaili, which officially marked the end of the Clipper 2011-12 Race and the completion of his circumnavigation.

Away from the ocean, Mark’s main interests are motorsport, international films, and writing. In his former career, Mark was a Property Developer with experience in managing several large projects and teams of up to 50 professionals. In 2016, he was Crew Chief for the Race Across America cycle challenge which involved him leading a crew of twelve and a team of four cyclists in a non-stop 3,060 mile race from the West to the East Coast of the USA.

His best advice for his crew is: “The more you put into the race, the more you’ll get out of the race. Always focus on the now!” And finally, Mark’s life motto is likely to resonate with the majority of race crew as it is: “No one wishes they’d spent more days in the office.”

The Clipper Race is continuing its partnership with remote medical specialist PRAXES Medical Group. PRAXES will play a crucial behind-the-scenes role as Global Medical Support Partner to the Clipper 2019-20 Race when it…