A new scheme for young people affected by the pandemic begins in Oban, Scotland today and the first participants include a cabaret singer, intensive care doctor and a student. The Our Isles and Oceans initiative is working with the Clipper Race to offer sail training with the aim of building self-confidence and self-esteem which many young people have lost over the last 18 months.

The confidence built and the skills learnt through the sport of sailing can be transferred from on deck to everyday life. The programme will run over four consecutive weeks and has recruited forty 18-35 year olds (ten per training group) who will be learning to sail a stripped back 68 foot Clipper Race training yacht.

Each group of ten crew will also have to get used to living on board, sleeping in bunks and spending time in close quarters with each other. The sail training will be carried out under the leadership of a Clipper Round the World Yacht Race Skipper.

Our Isles and Oceans has been set up to offer youth opportunity and professional development and intends on, through the vehicle of sport and business, highlighting the importance of a sustainable future.

There could also be the opportunity for ten successful candidates to take part in the Clipper 2023-24 Round the World Yacht Race as it sails around the globe, on the Our Isles and Oceans team entry.

This morning, participant Siraj Balubaid, 23, a refugee of Yemen who lives in Glasgow, was first up on deck. He said: “I woke up so excited, I just want to start. The moment I woke up, I went up on deck, I didn’t want breakfast or anything, I looked to the sky thinking let’s go! I am really looking forward to the training. I want to go further and compete in the Clipper Race for real.” Following the training programme, if Siraj was selected to take part in the Clipper 2023-24 Race, he would be the first person from Yemen to compete in this global sailing event. 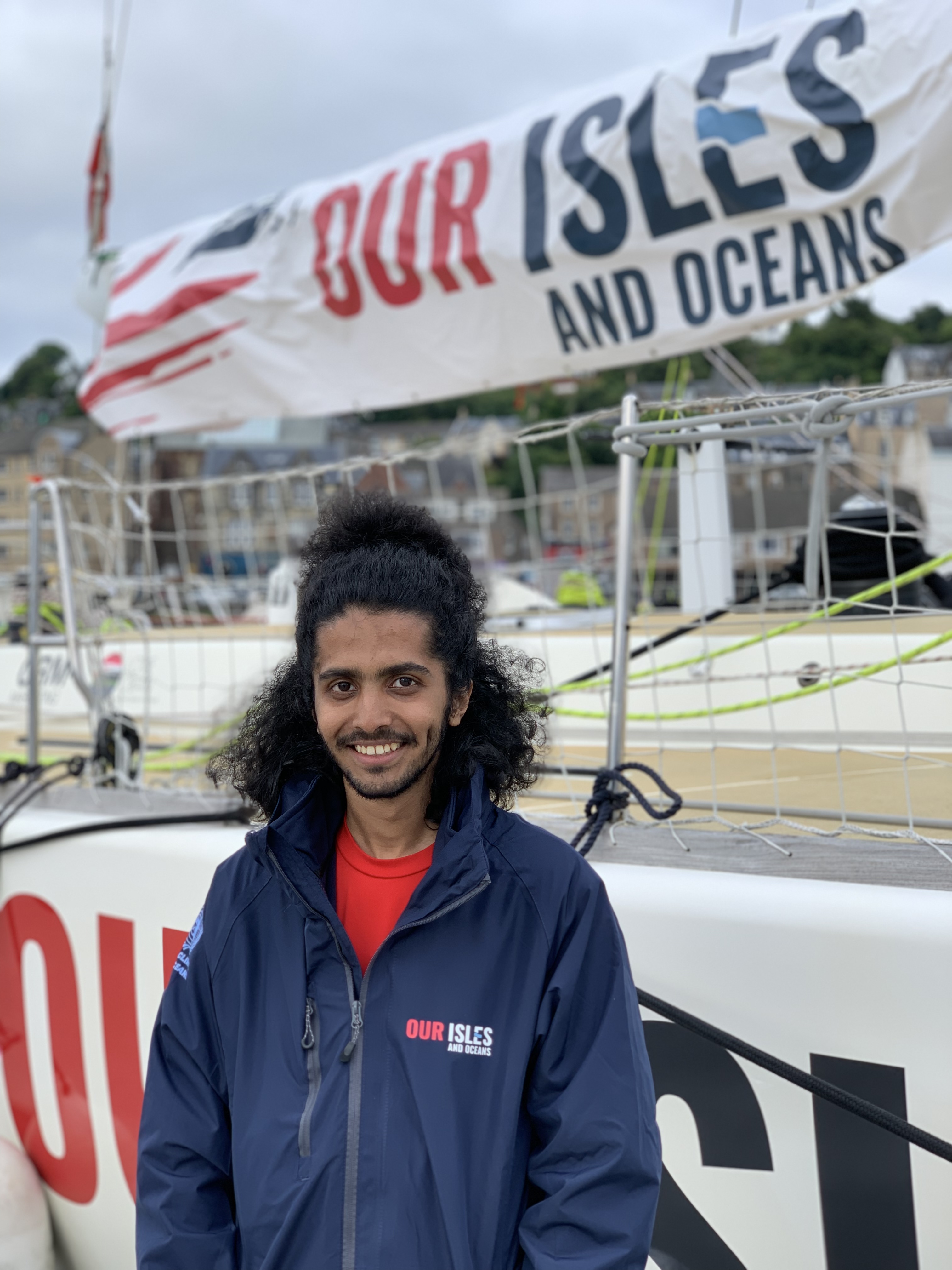 Meet a few of the first participants on the programme:

As a refugee of Yemen, Siraj is rebuilding his life in Scotland. Through his interests in snorkeling, freediving, wild swimming, cycling and mixed martial arts he is remedying the impact that fleeing his country has had on his life and mental health. He studied physiotherapy in Cyprus, is an avid volunteer and is currently working as General Secretary in the United Yemeni Community in Scotland Board. He applied to the Our Isles and Oceans programme after it was recommended to him by the UYCS chair, aligning with many of his interests and goals, he also aims to help others, especially those within the ethnic minority.

At the start of the pandemic, Bristol based Beth Healey, 34, gave up her dream job working in Swiss Alps to offer her services on the front line as an Intensive Care Doctor for the NHS, working between hospitals in Bath and Bristol. Beth applied to the Our Isles and Oceans programme as the pandemic meant she had neglected the adventurous side of her life.

Another crew member is Benjamin Rowe, 26, a singer and entertainer from Kilmarnock, Scotland. The pandemic has completely changed Benjamin’s life. As a self-employed cabaret singer, lockdown saw him stuck at home for 95% of the time. With a realisation that he hasn’t done much to push himself out of his comfort zone, the pandemic has pushed him to try new things.

After completing a Foundation degree in Animal Behaviour Christie was looking to continue her studies for a Bachelor Degree. However, several months into the start of her course the pandemic broke out. With a shift to online and remote learning, the disruption and isolation impacted her mental health. She made the decision to put her studies on hold and look for work, feeling like a job would greatly benefit her but this has been difficult in the current climate. Her uncle, who took part in the Clipper 2013-14 Round the World Yacht Race, recommended the Our Isles and Ocean programme as a way to help her through this period. 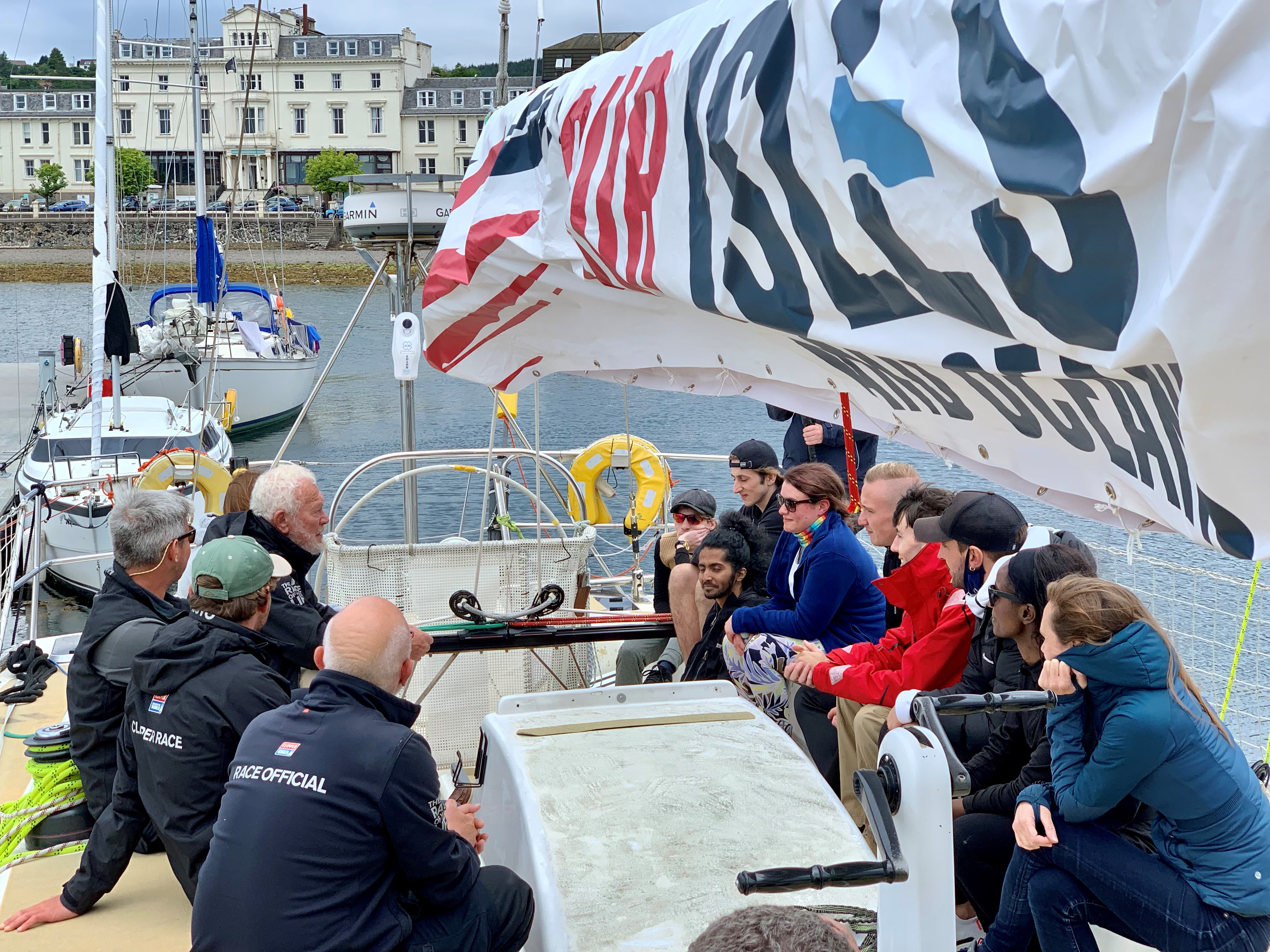 Full list of participants on the first training week

With young people being particularly impacted this past year, Sir Robin Knox-Johnston, the first person to sail solo, non-stop around the world and co-founder of the Clipper Race, hopes this new programme will make a positive change in the successful candidates’ lives.

“Sailing is so much more than just a sport or pastime as it gives you experience that is as useful in the workplace as it is on board a yacht. The sport develops self-confidence and self-esteem which is so important to restore following the pandemic.

“You’ll often find young people are judged too early. Putting them on a yacht, with a team, is a great equaliser. You’ll see things are picked up quickly and as each challenge is overcome, confidence grows, with a new belief in themselves that they can achieve anything.”

The first Our Isles and Oceans sailing programme runs from 30 July to 2 August and then continues throughout August.