It has been a slow and tricky beginning to Race 6: The Sanya Tropical Paradise following the Le Mans start yesterday. A familiar sight at the top of the leaderboard with Ha Long Bay, Viet Nam and Qingdao currently holding the top two spots respectively with WTC Logistics hot on their sterns in third.

Rich Gould, Skipper of WTC Logistics, reports: “We are doing everything we can to claw Ha Long Bay, Viet Nam in, whilst shake off the rest of the fleet behind us, but in these light conditions it certainly is easier to follow than lead.

“The chasing pack can see when we have sailed into lighter airs, or our wind direction has become less favorable and they can try and avoid it. With the whole fleet still so close together, we can still see most of the fleet on AIS, so have live data on each boat.” 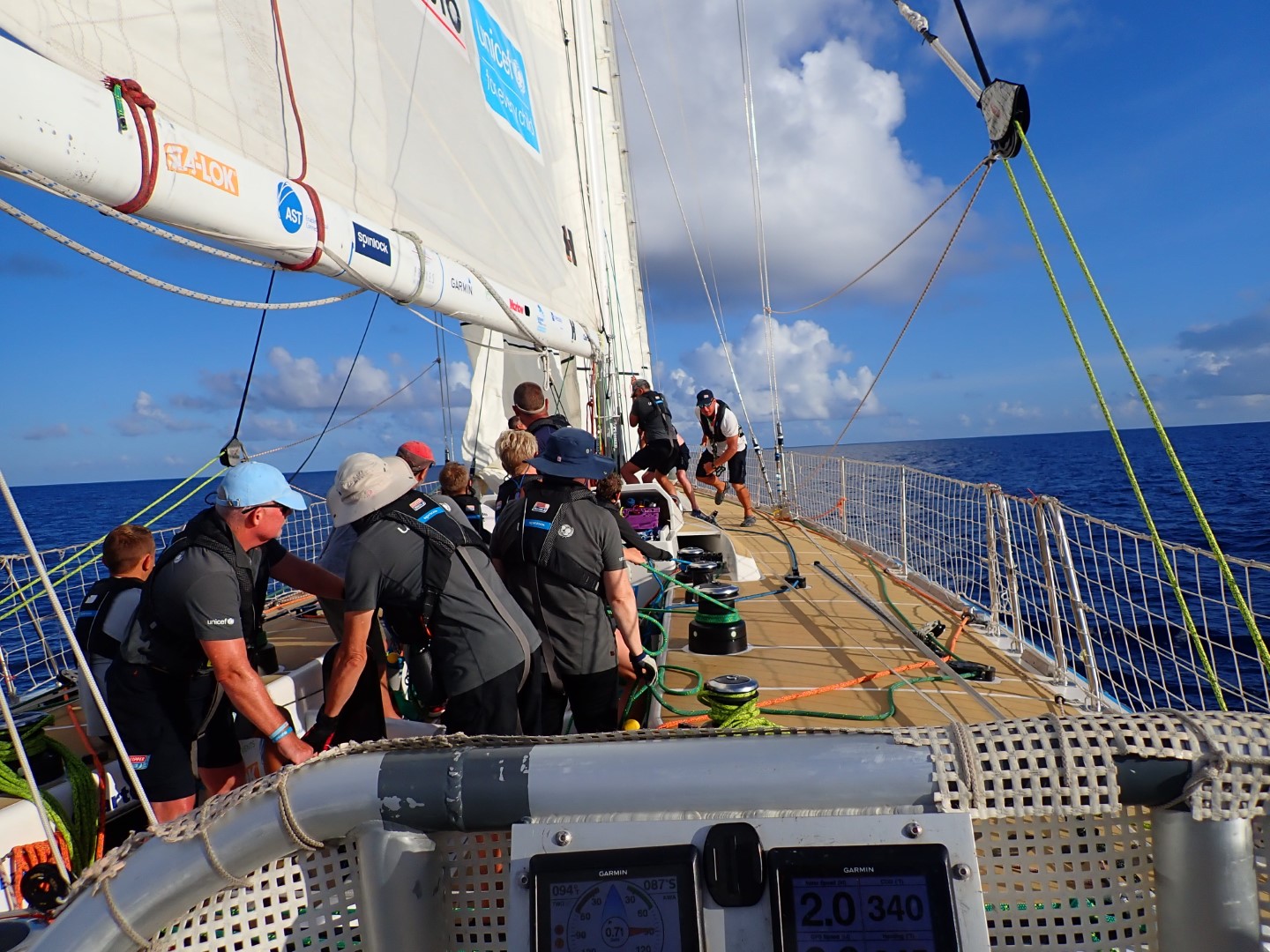 Less than 50 nautical miles separates the fleet in the early stages of this 4,380 nautical mile race to Sanya, with very little wind and as temperatures continue to soar racing is tough and life on board is tougher. Unicef Skipper Ian Wiggings explains the first 24hrs of racing: “It was really exciting racing all through last night, as boats converged from all different directions, to squeeze past Virtual Mark Stellios, which guards the fierce looking Lihou Reef.

“The adverse current and variable headwinds meant lots of tacking for some and that inevitable Clipper Race staple, fleet compression. At one point, all 11 boats were back on the AIS and no more than 20 miles separated all of us. Since passing the mark in the small hours of the morning, we have continued to push north eastwards. It’s pretty tough going, as the wind has died during our morning. It is so much more fun to be racing as part of the fleet again, comparing our tactics and relative speed with other boats. It really takes one's mind off the blistering heat!”

With head out of boat racing going on and the fleet so close together all teams are watching each other's moves for indications as to where the best wind might be. Ha Long Bay, Viet Nam Skipper Josh Stickland explained his team's current conundrum: “We are trying to find a gap in the wind to allow us to tack east as I’m sure all of you back home are cursing at your Race Viewer thinking why don’t we just tack!” 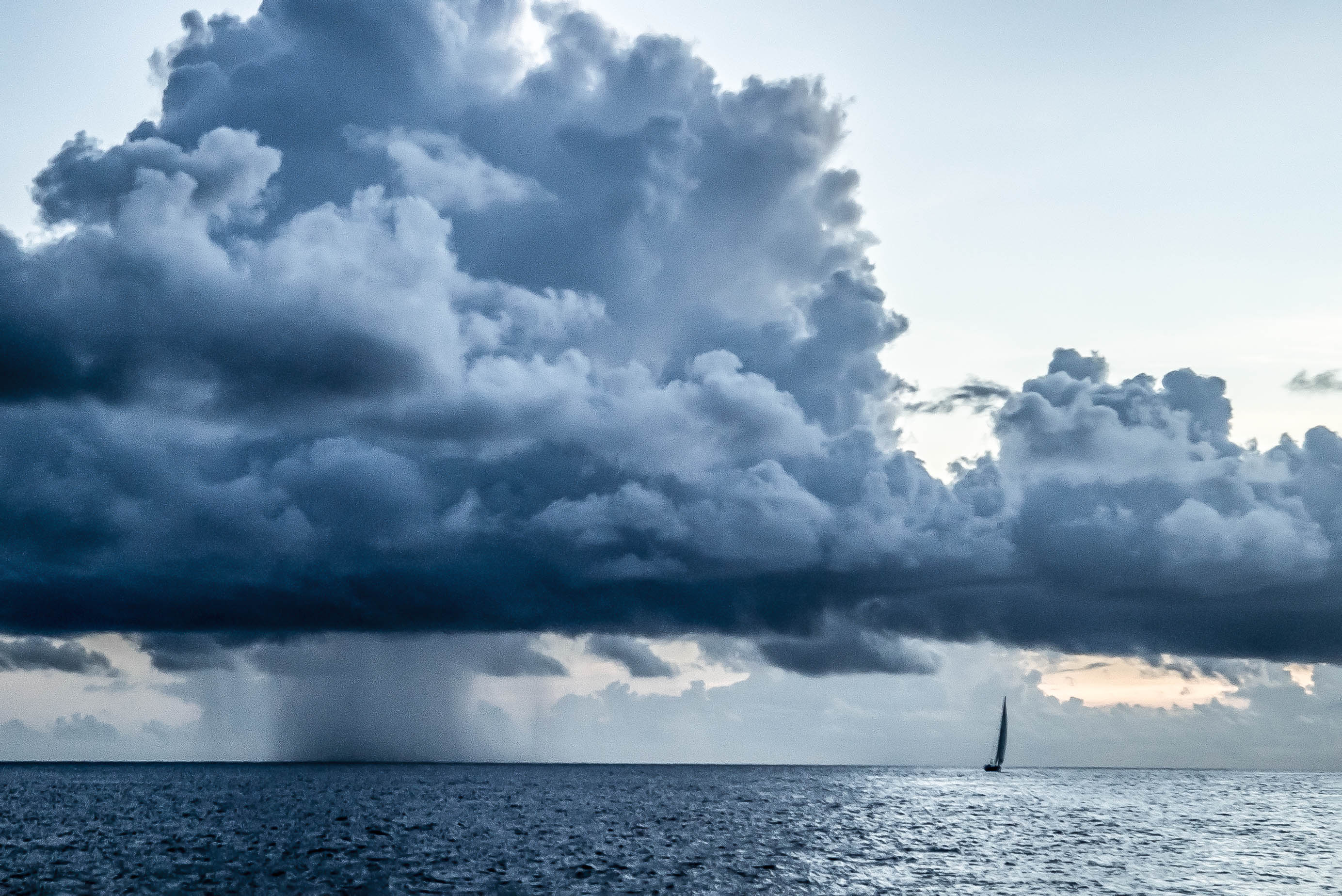 The odd squall can bring some light relief from the heat Wendy Tuck skipper of Zhuhai, currently fifth, said: “After a rather pleasant night of sailing, nice because we got a few little squalls which had some lovely cool rain in them. We are now back in the great wind lottery. Watching the rest of the Clipper Race fleet on AIS we can see that we are all having our ups and downs, and it’s hot again. I can’t remember ever being this hot, but I’m sure I have been in the same place, funny how your memory forgets the unpleasant.”

She adds: “We are all waiting for the wind, hopefully by this time tomorrow we will be trucking along.”

As the fleet waits for the currently elusive trade winds, expected in the next 48hrs, which of the team will squeeze the most distance out of the lighter airs and win the current wind lottery? Keep an eye on the Race Viewer to track the fleet’s progress.

For insight into life on board read the full skipper reports and crew diaries.