Christmas Day has got off to a suitably festive start down under today after (Sir) Santa Claus paid an early visit to Clipper Race crew at the CYCA in Sydney.

Crew from different teams incuding Qingdao, Derry~Londonderry~Doire, IchorCoal, GREAT Britain, and Mission Peformance joined together as Santa sailed in across the harbour before presenting gifts, champagne and plenty of festive cheer.

The yachts were decorated with with tinsel and flags to ensure Santa could find them at the marina.

Thuli Lekalake, 22, the Leg 4 ambassador for the Sapinda Rainbow Foundation on board IchorCoal, who has never spent Christmas away from her village in Kwamhlanga, Mpumalanga in South Africa, was very happy to see Santa. said: “I heard a bell ringing and turned around to see Santa strolling down the pontoon towards us. It was a very nice surprise.” 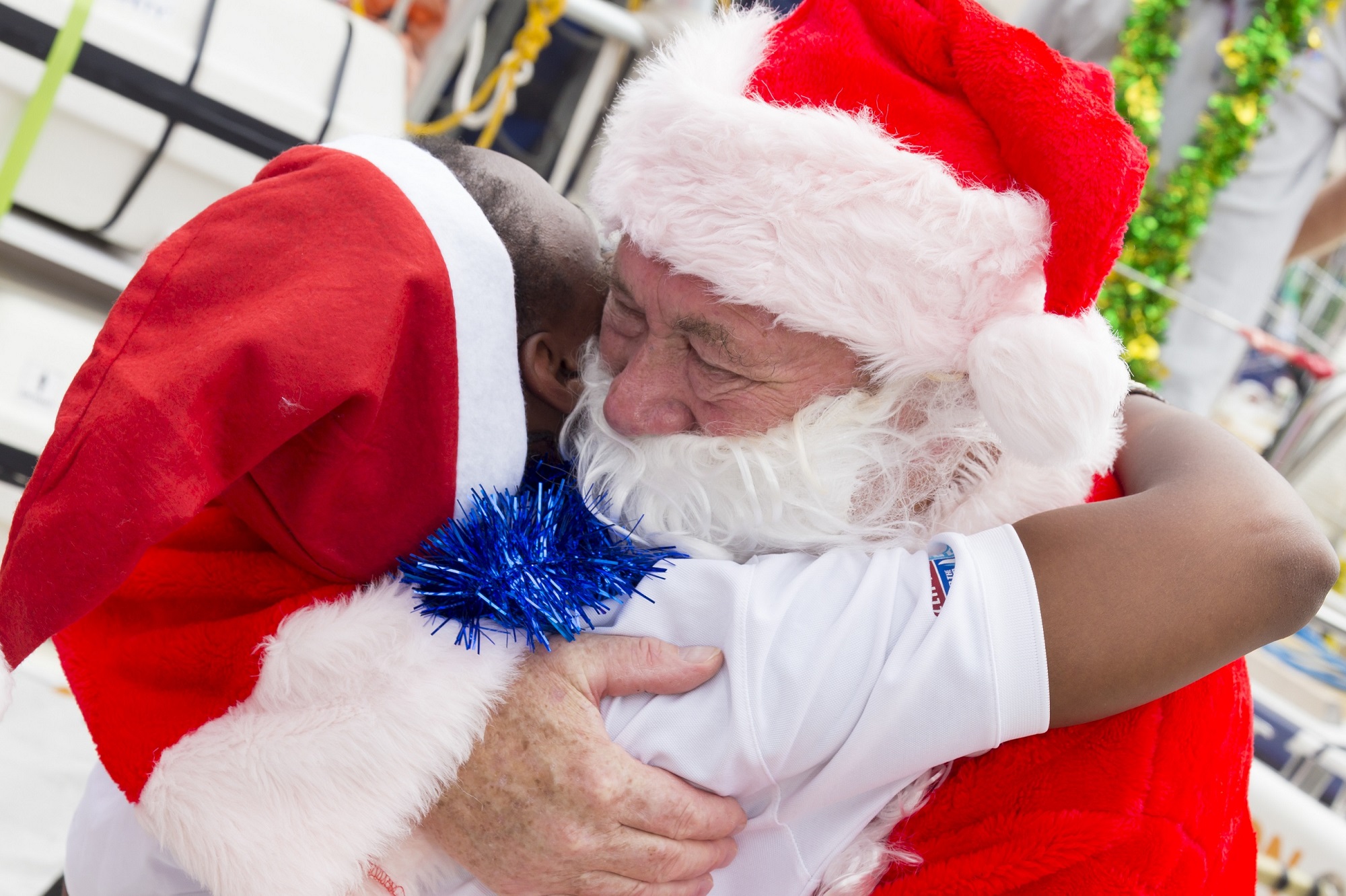 David Pollock, 28, from Derry Londonderry is also spending his first ever Christmas away from home as takes part in the All Australian leg on board Derry~Londondery~Doire. After receiving a gift from Santa, he said: “It’s definitely a different way to spend Christmas – being in Australia is about as far away from home as I could get. It’s been incredible though – I’m having the time of my life with the team here and we have a huge experience coming up tomorrow so it is an extra exciting day.”

Santa, who had just arrived on his sleigh from New Zealand and is hoping to set a new record for fastest circumnavigation today, this time by sleigh, says: “It is great to see the Clipper Race crew down under on this festive morning. I know they have come from all over the world and have raced thousands of miles to be here so I had to come and visit.

“I wish them all huge success tomorrow as they embark on arguably their biggest challenge yet, taking the start line in one of the world’s most prestigious yacht races – the Rolex Sydney Hobart. I’m told they know what’s to come and are more than prepared for the challenge.” 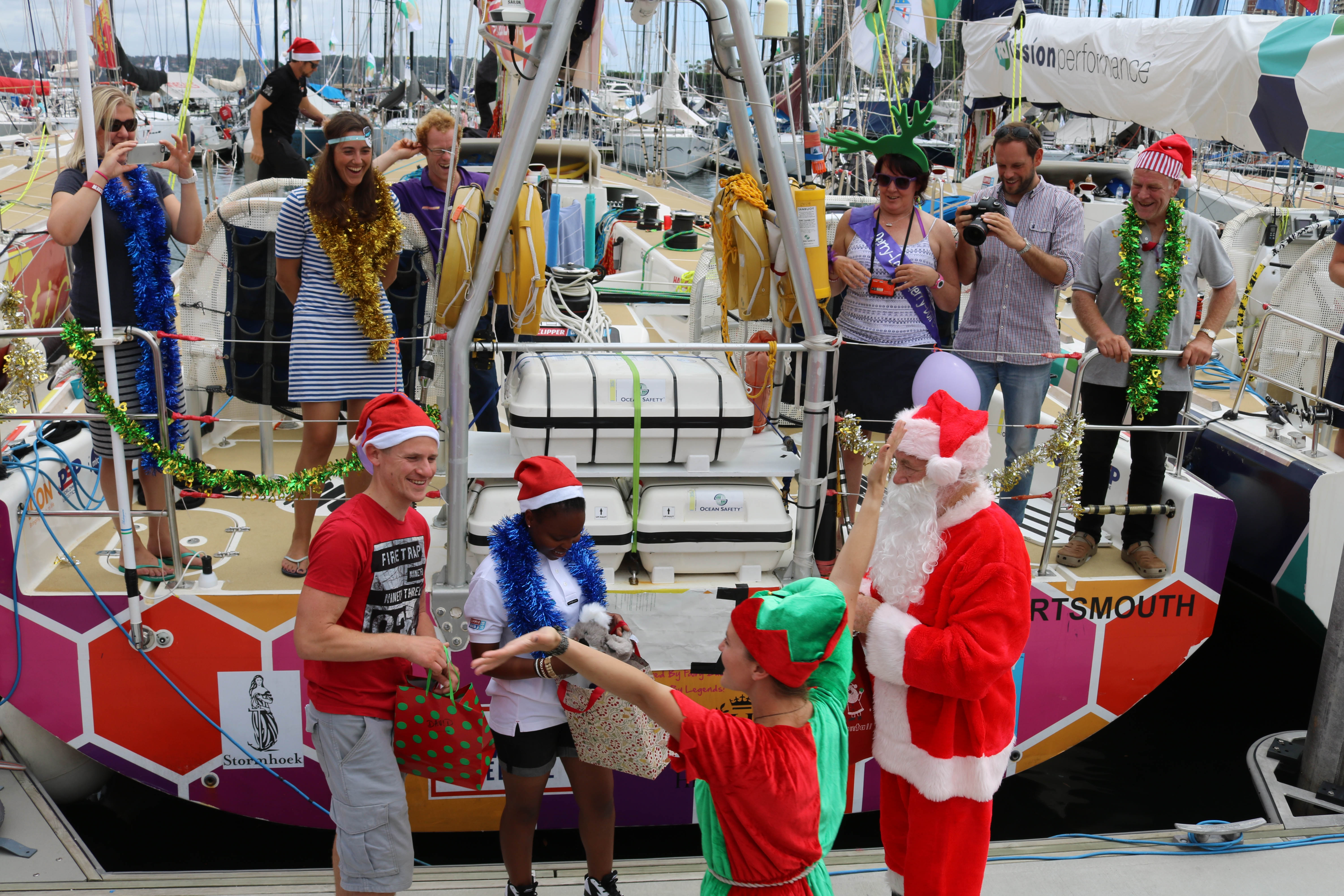 Round the world crew member Louise Thomas is on IchorCoal. She says: “Being so hot and sunny here it is quite hard to get into the Christmassy mood really but we had a great night at a Carol service on the beach a few days ago – so that was nice and rather different.

“The IchorCoal team are going to get together for a picnic in the Botanical Gardens today overlooking the Opera House so we’ll have some music and all chill out a bit together before the big race day.” 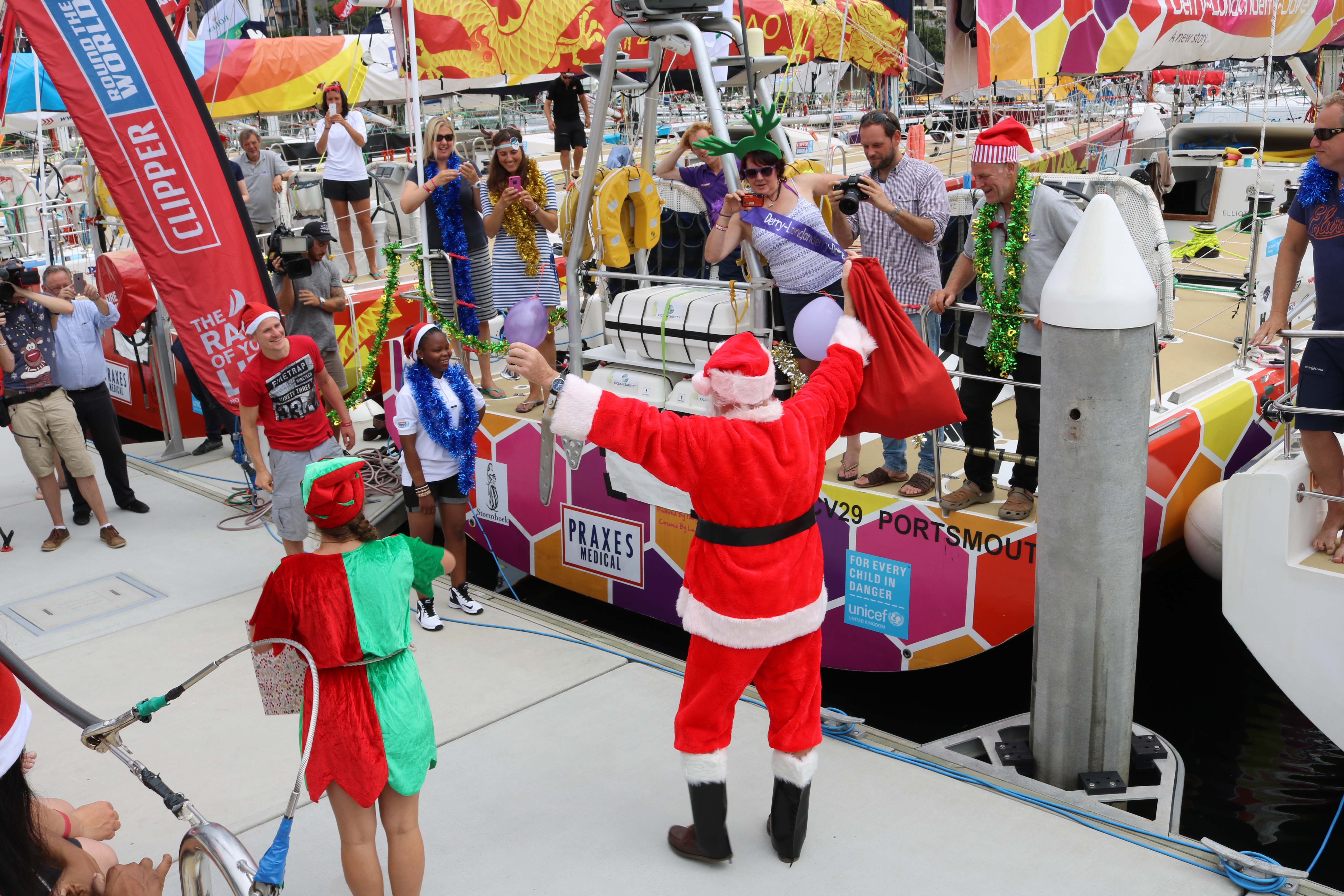 Leg 4 and 8 crew member Paul Wrightson on PSP Logistics is a chef from up the New South Wales coast in Byron Bay. He says: “The crazy life of a chef is to please everyone else over Christmas, so today I’m usually manically busy preparing Christmas lunch for lots of people. I’m very lucky this time round to have the time off for a rare year.”

As team Victualler Paul still has still had a big hand in preparing and organising the menu for all his crew mates however, adding: “On Boxing Day we are actually starting pre-race with a prawn cocktail and a virgin Bloody Mary so that should get things started in style. I’ve grown up sailing in Sydney so to be doing the Sydney Hobart is definitely a dream come true.” 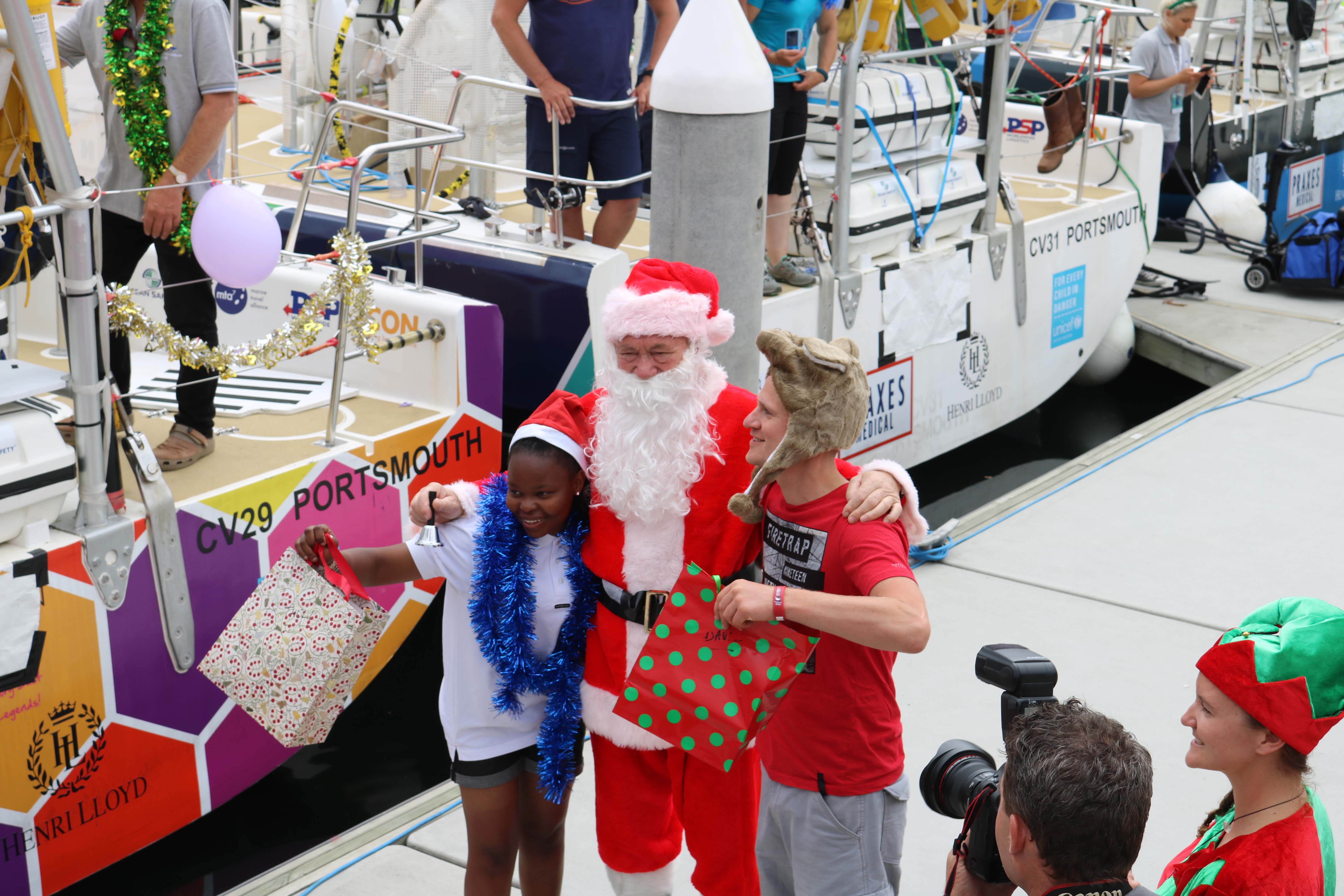 Round the world crew member Han Kim from South Korea is on board ClipperTelemed+ and says: “Korea actually has one of the largest growing populations of Christians so Christmas is actually really widely celebrated there and is getting bigger than ever. I’ve spent a few Christmas’s away now but never down under before. As a team we have worked hard to finish up last few jobs here so we can have today off and have a BBQ together in the park near the marina.

“One of my dreams has been to do the classic offshore races and the Sydney Hobart is one of the biggest so I can’t wait. It’s like the best Christmas present. I’m actually researching into coming back to compete here again next year with some of my Korean sailing team.”

Both of Clipper Australia’s training yachts, CV5 and CV10, will also take part in the Sydney Hobart Race with a selection of former and future Clipper Race crew.

As Santa disappeared off to his next destination, Sir Robin suddenly appeared and said: “I’m feeling rather competitive and I’m hoping for a good race with the team on board CV10. In fact I am setting the Clipper Race crew a mission to beat me into Hobart. Hopefully I will be in first!”

The Rolex Sydney Hobart Race starts tomorrow, 26 December at 1300 Local Time (0200 UTC) and doubles as Race 5 in the Clipper 2015-16 Round the World Yacht Race. Teams will race each other as normal for the usual Clipper Race points but will also compete against professional teams in the wider Sydney Hobart Yacht Race overall line honours, IRC 2 class and the special division Clipper 70 class.

To view the departure live from 1000 local (2300 UTC), including interviews with Skippers and crews, follow our periscopes on our @ClipperRace Twitter feed.

The Rolex Sydney Hobart Yacht Race is broadcast live on the Seven Network throughout Australia, webcast live to a global audience on Yahoo!7 and live streamed via mobile.

Until then - we wish all our race crew and supporters around the world a very Merry Christmas!

You can see more images of the Christmas Day surprise visit here on Facebook.

Thulisile ‘Thuli’ Lekalake had never been on a boat before joining the Clipper Race as an ambassador for the Sapinda Rainbow Foundation.Now, the 22 year-old from Mpumalanga, South Africa is the first from her province to participate in the race. Having already completed the first…