With less than 72 hours before the Clipper Round the World Yacht Race fleet line up on the River Mersey to start the 2017-18 edition of the 40,000 nautical mile race around the globe, anticipation is building in Albert Dock with crowds gathering to wish the fleet well. 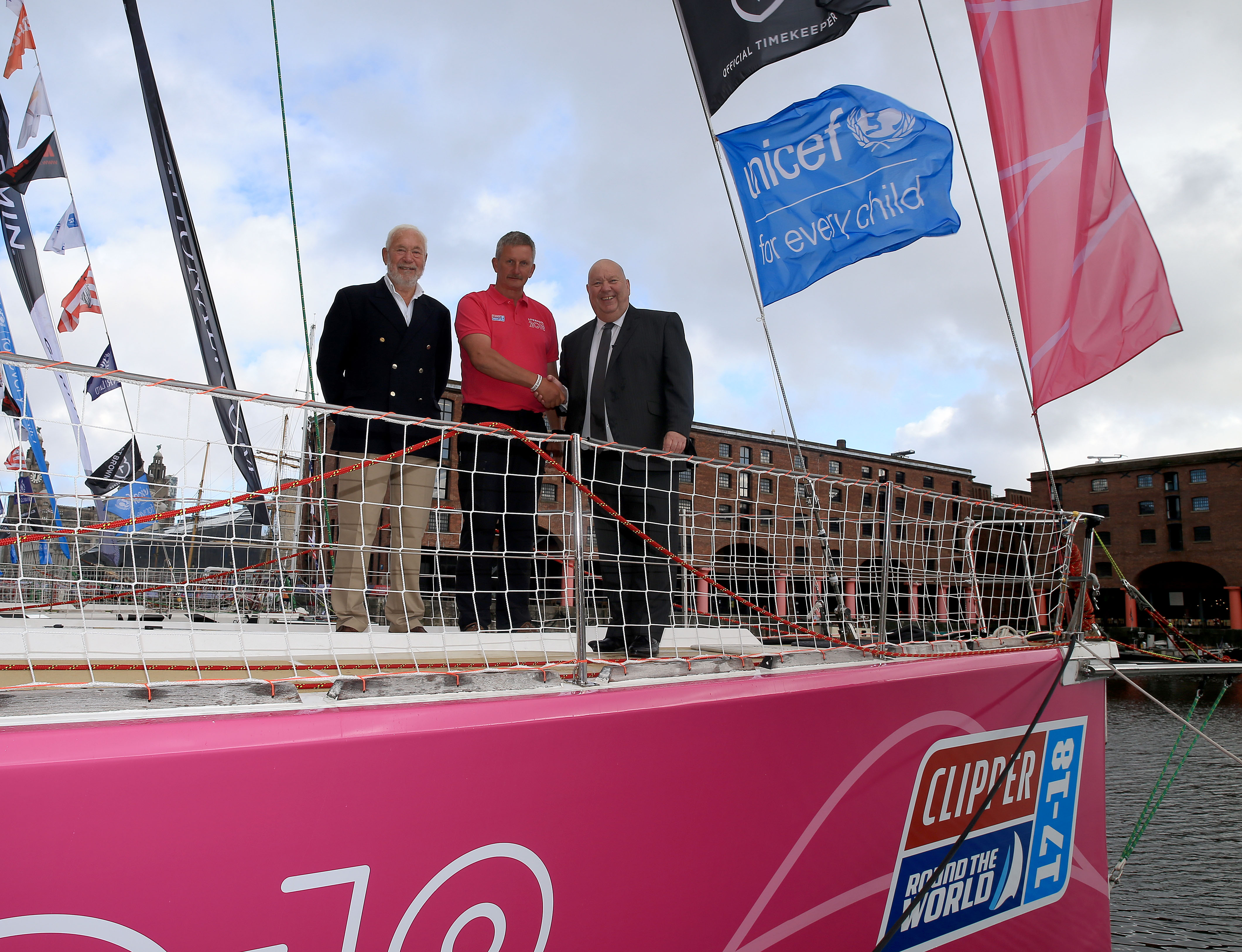 Speaking at the naming ceremony, Joe Anderson, Mayor of Liverpool says: “Liverpool is a maritime city, it is steeped in maritime history. There is a real affinity with the ocean. We have and always had that special bond with the sea. 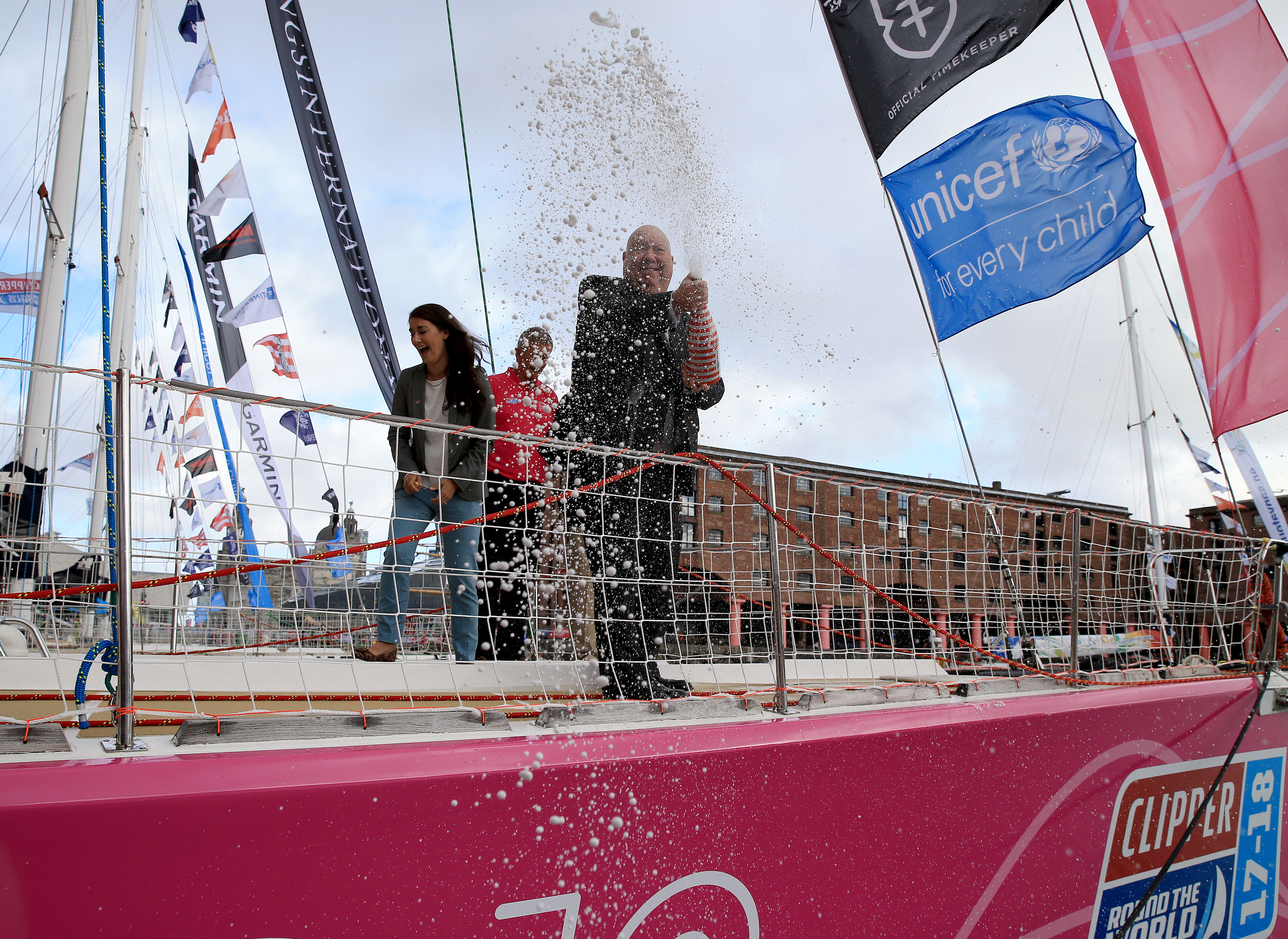 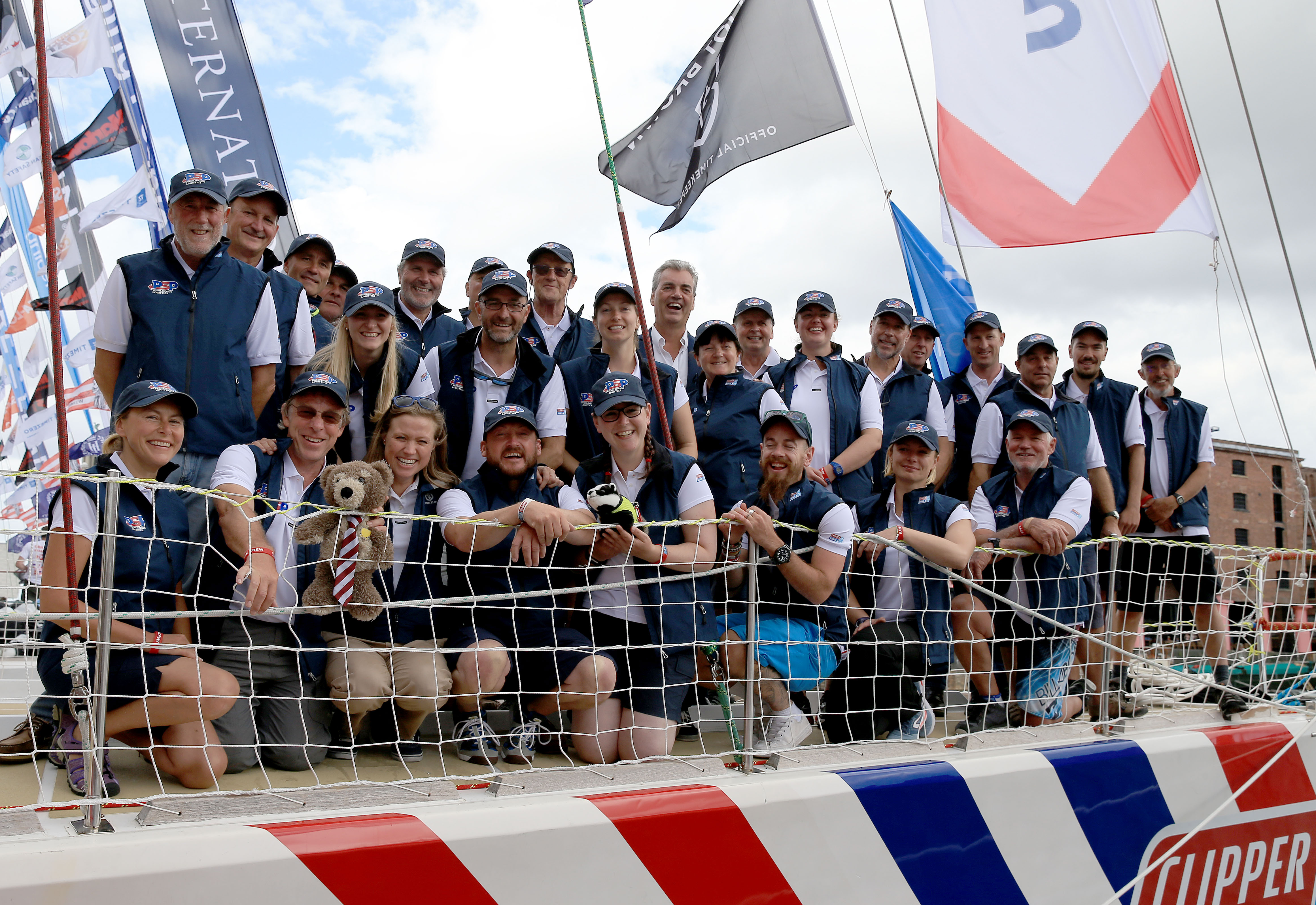 The Clipper Race fleet was also open to the public once again today. Two of the twelve Clipper70 race yachts, UNICEF and Garmin, opened their hatches to members of the public who had the chance to get on board and have a little taste of life on a racing yacht. 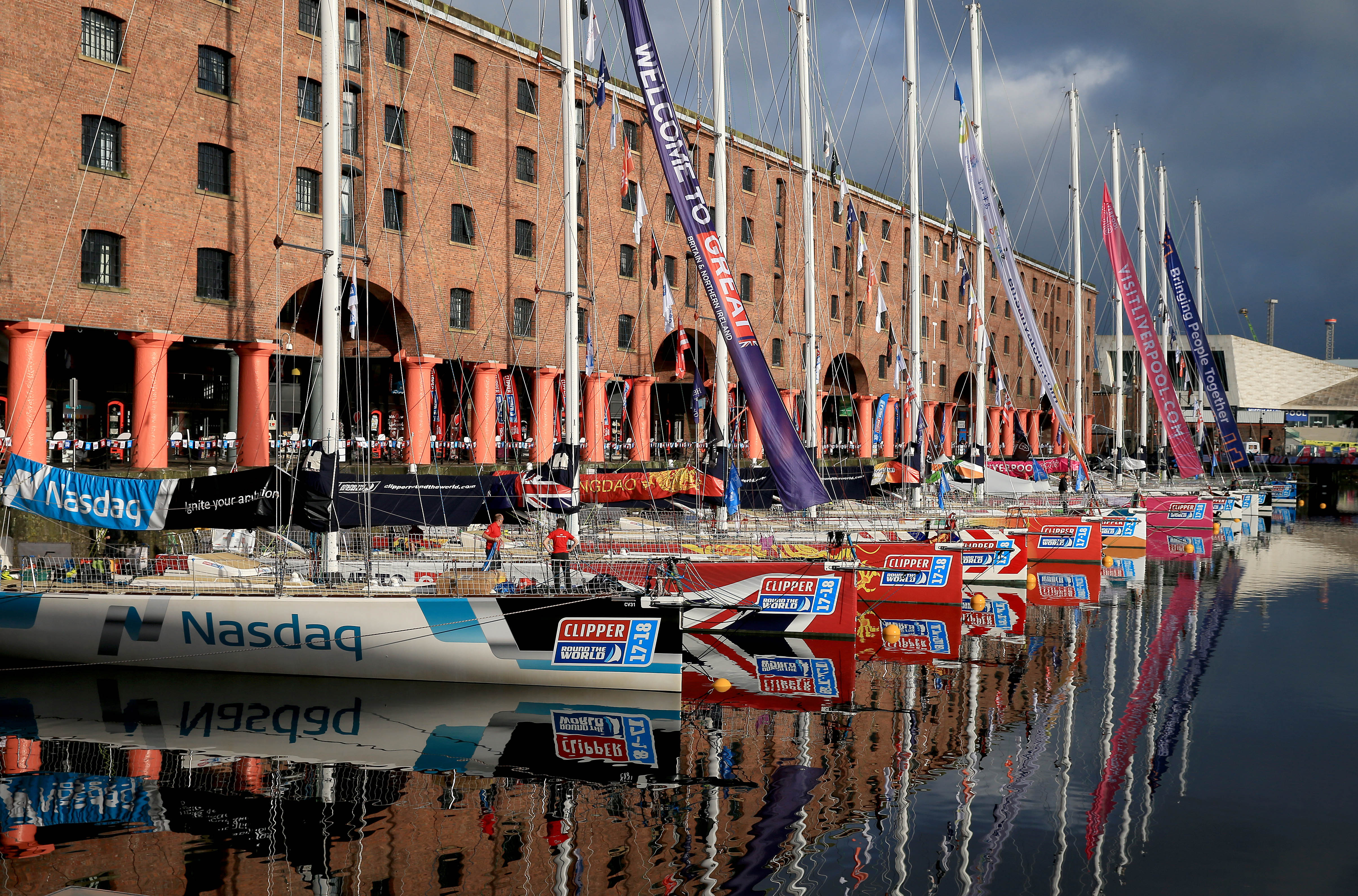 Caroline from London had heard about the Clipper Race, but a chance encounter on the train journey up to Liverpool led her to visit Albert Dock to look around the Clipper Race Fleet. She says: “It is something I’ve thought about doing in the past. Then we were on the train travelling up here and someone sat next to us. He was a crew member who is about to start his race. He told us to come down and have a look around.” 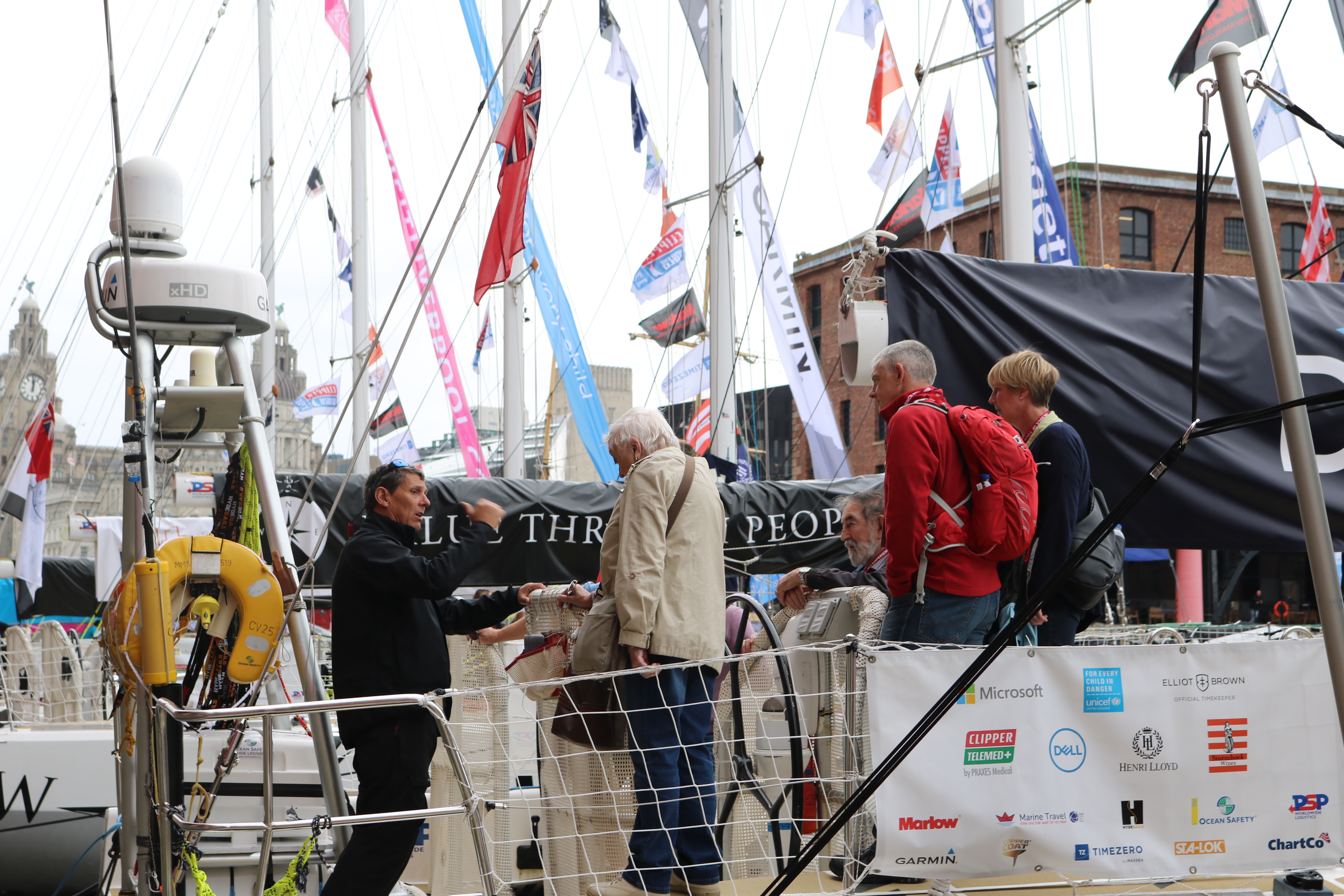 For crew, it is an exciting time with mixed feelings of apprehension and excitement. Nicola Thurlow will be competing on GREAT Britain during the 2017-18 race when it starts on Sunday.

Speaking about the countdown to race start, Nicola says: “It has gone very quickly! I checked the website this morning and saw the three-day countdown. We’ve been working on the boat today so at the moment I am feeling a bit hot, a bit sweaty but very excited!”

Think you have what it takes to compete in one of the toughest endurance challenges on the planet? You could join crew like Nicola for the Leg 5 and Leg 6 of the 2017-18 edition, apply via the Clipper Race website. Applications are also open for the 2019-20 edition.

YOU can be part of the Clipper 2017-18 Race from dry land by writing a message of support for any crew member on the Unicef Spinnaker, which will be flown many times during the Clipper Race fleet’s 40,000 nautical mile circumnavigation.Unicef UK, the official Charity…

Anticipation is growing in Liverpool, ahead of the arrival of the Clipper Race fleet on Monday.Tomorrow, the twelve matched Clipper…