What to expect on ​Race 12: Go To Bermuda

The aptly named Race 12: Go To Bermuda, is a 1410nm slalom with multiple exciting elements packed into a relatively short race. This second stage of Leg 7 will see the teams switch between drag racing and tactical racing, off and on during the next seven to nine days.

All eleven teams were to rendezvous offshore at 1100 LT/1600 UTC at position 13°00N, 078°00W, north-northeast of Panama, after a 250nm motor from Shelter Bay, Marina, Panama. The decision to motor further north was decided by the Clipper Race Committee to help avoid forecasted light winds and to ensure the teams make as fast progress as possible to Bermuda. 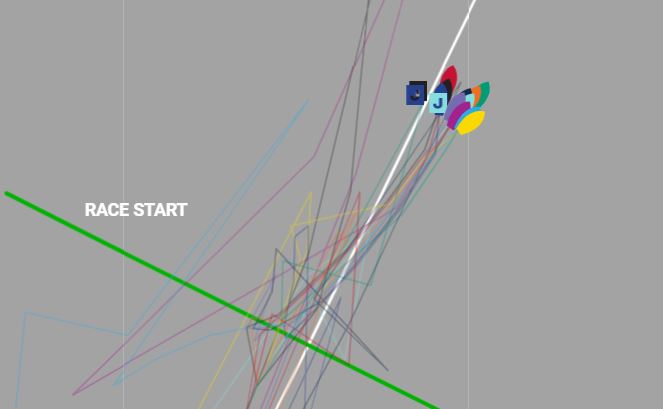 The fleet, 30 minutes after the Le Mans Start of Race 12, GoToBermuda

There’s a triple threat for the fleet, with three teams declaring their Joker for Race 12: Go To Bermuda. Zhuhai, WTC Logistics and GoToBermuda all doubling their points in this stage of the edition, and hoping for podium positions to help push them up the overall leaderboard.

Once the race has started, the fleet should benefit from nice, reaching conditions on a starboard tack. The predicted south-easterly trade winds, force 3-4 should give a very stable and consistent breeze for the first two to three days of the race. Says Mark Light, Clipper Race Director, “If the teams find this breeze, they’ll be off to a great start and a cracking three days of sailing.”

Heading up to Jamaica, the fleet will go past the eastern side of this Caribbean country, and then through the Windward Passage. This is a particularly challenging section of the race course with the fleet tacking its way upwind, but conversely the teams could find lots of wind shadows from the surrounding islands of Cuba (to the west) and Haiti (to the east).

Race 12: Go To Bermuda includes multiple Mandatory Gates, which are marks of the course. These are not to be confused with Scoring Gates and as such are not shown on the Race Viewer. Their positions however, can be found detailed in the Course Instructions. The gates are in place to guide the fleet through the many smaller Caribbean islands (such as Turks and Caicos) and the many reefs in the Caribbean Sea. In the first stage, the yachts must tactically select and pass through either Gate 1, 2 or 3. Further north along the race track, the teams then have a second tactical choice to make as they must pass through either Gate 4 or Gate 5 at the second stage.

Rhumb line through the Caribbean islands

The choice of which gates passed is not linked so, for example, a team could choose to pass through the western most gate at the first stage (Gate 1) and then choose the eastern most gate of the second stage (Gate 5). Unlike a Scoring Gate, teams do not need to declare any times or positions when passing through these gates.

Once the teams have cleared the Windward Passage and the islands lying to its north, they will start to pick back up the easterly trade winds. There then could be a solid belt of trade winds up to Bermuda. As sailors will know, there is always a ‘however’ in racing. This ‘however’ comes in the form of a ridge of high pressure (low wind conditions) which at time of writing is predicted to sit across the race track between the fleet and Bermuda. 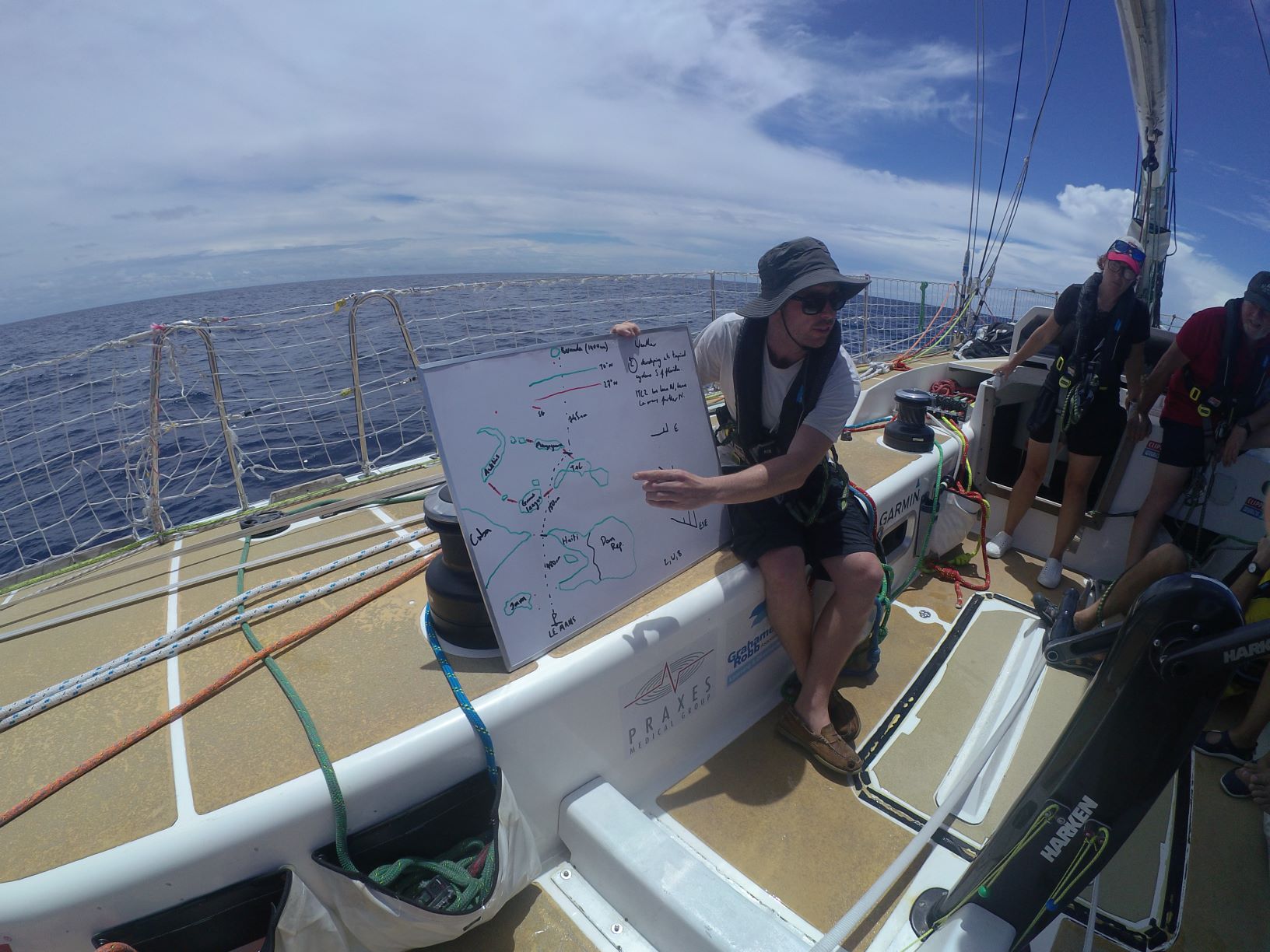 Tactics ahead of Race 12, on Imagine your Korea

The teams that can negotiate this light wind patch with excellent light sail trim on board, may well pull clear and should make good breeze to the Finish Line. The teams that prevail could very well see a podium position. Of course, if the forecast changes and the ridge moves away or becomes clear, then the fleet will have good to moderate sailing breeze to the finish.

Traversing through the Caribbean can see stable, Champagne sailing by day. But by night, the fleet will need to keep an eye on dark clouds signalling isolated intermittent squalls, strong wind and rain.

This area is also known for sargassum, a brown algae. Race Crew will need to closely monitor patches of this seaweed as it can slow down yachts by getting caught on the rudders, keel and hull. Sometimes it is present in such huge quantities that there is no choice other than to sail through it.

The Race 12 course will also feature the infamous Bermuda Triangle which is located between Miami, Puerto Rico and Bermuda.

There will of course be a Scoring Gate located just above the smaller Caribbean islands and after the Windward Passage. And very shortly after, the teams will compete in the Dell Latitude Rugged Ocean Sprint. And as always, teams can choose to select Stealth Mode for a 24 period.

Says Mark Light, Clipper Race Director: “This stage of the circumnavigation can be exciting and intense, but the downside is that any small error (tactical or sailing) is hard to come back from as it is a short race. This will make for some gripping action to follow on the Race Viewer and nerve-wracking sailing for the teams involved.”

The Race 12 Finish Line is the same as that used in the Newport Bermuda Race and teams are expected to start crossing between 11-13 June. During the Bermuda stopover, the yachts will be berthed at the Royal Bermuda Yacht Club. To find out more about the stopover and its events, click here.

The next stage of the Clipper Race got underway at midday local time (1700 UTC) today, after an offshore Le…

In the early hours of Wednesday 1 June, Qingdao arrived at Flamenco Island Marina with a backdrop of a beautiful…