On 20 August the matched fleet of twelve Clipper 70-foot yachts will begin the 40,000 nautical mile ocean odyssey, taking eleven months to complete the entire circumnavigation which will see 710 non-professional crew members cross six oceans and as many continents.

Planning for such a large-scale race is no simple task, and the Clipper Race management team have been working tirelessly behind the scenes to carefully plan the 2017-18 race route and ensure that the upcoming edition is the best yet.

The newest addition to the Clipper 2017-18 Race route is one of South America’s most fashionable resorts, Punta del Este, Uruguay, which is dubbed the ‘St Tropez of South America’ and will be the first port of call after the fleet departs Liverpool, UK. 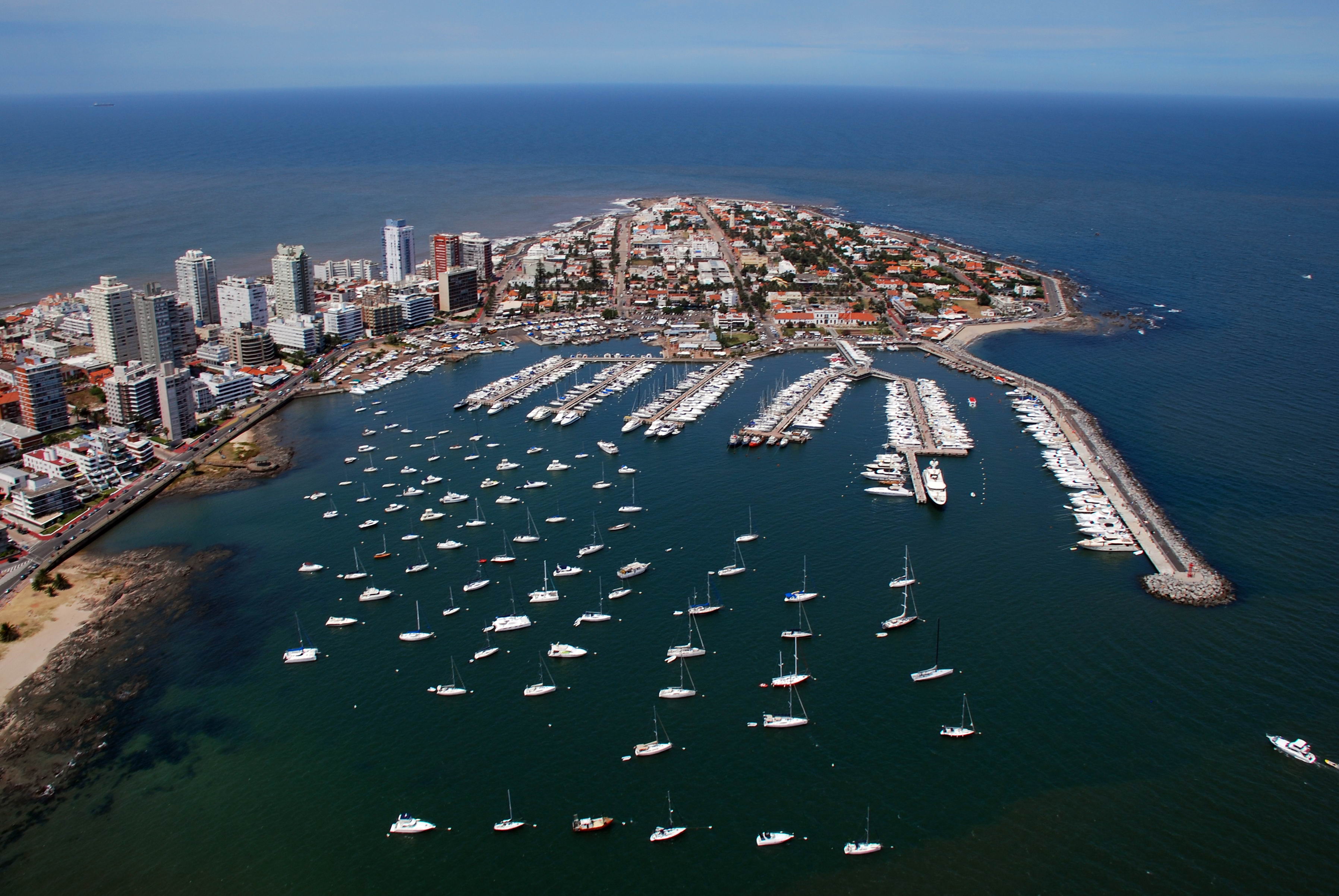 We caught up with Clipper Race Head of Partnerships, Laura Cowlishaw, and Clipper Race Director, Mark Light, who have recently returned from Punta del Este as part of their series of pre-race site visits to find out about the planning that goes into introducing a new Host Port destination.

As Head of Partnerships, Laura and the partnerships team oversee all of the Team Partners, Host Port Partners, Fleet Partners and Official Suppliers to the Clipper Race.

“We worked with the partner to ensure that they can meet our very specific and high standard of ‘Host Port Requirements’ which define the facilities and services a port must supply to host a Clipper Race stopover.” explains Laura.

Mark says: “Our Clipper Race Crews will spend four to five weeks at sea as they leave Liverpool in the UK and make their way down into the Southern hemisphere and the South Atlantic Ocean, so it is important that we have everything in place at the Host Port.”

Laura adds: “We then discussed their objectives for hosting the race which often includes economic impact, profile or destination awareness, civic or community engagement and media exposure. From here, we developed a strategy to deliver on these objectives.” 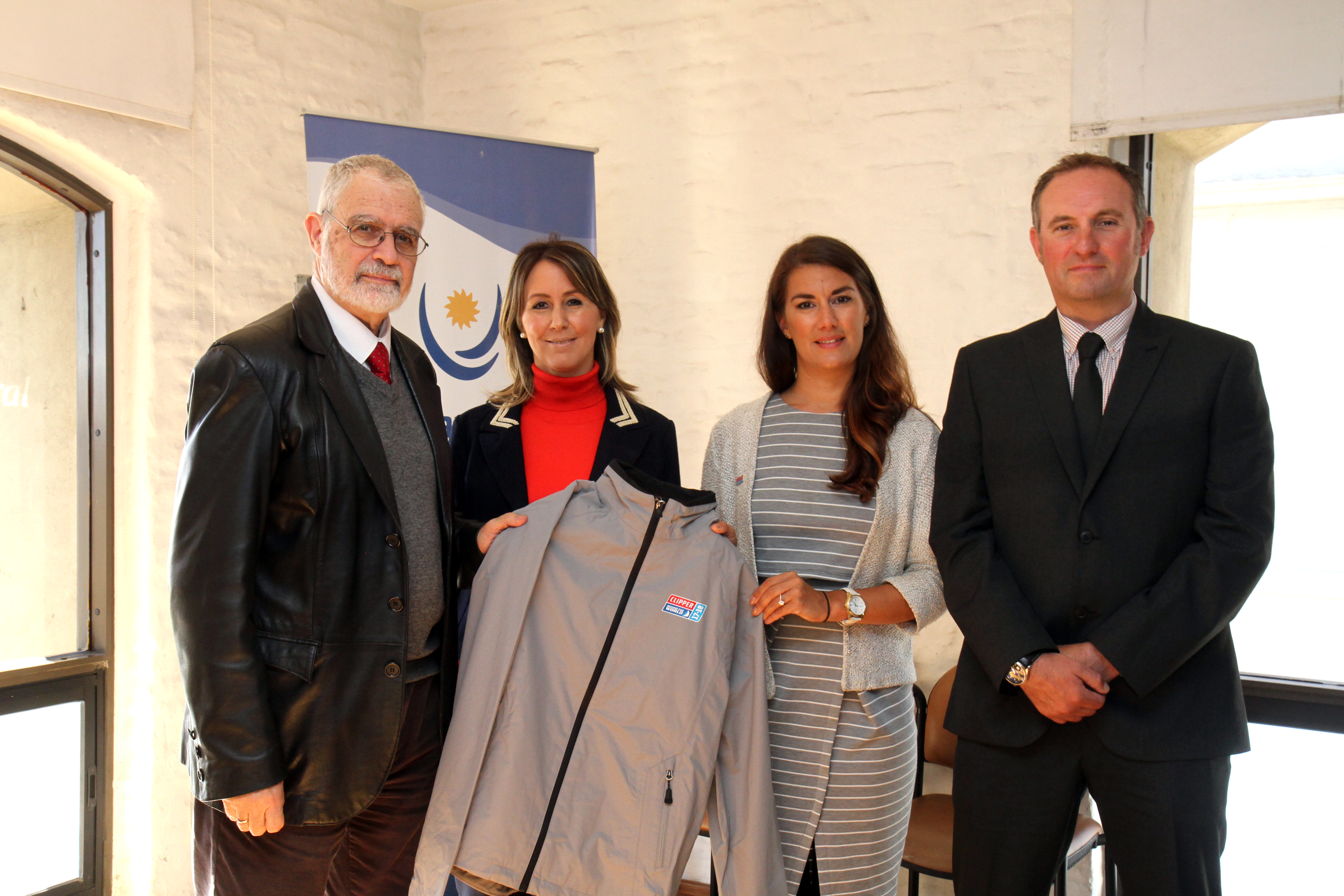 During the three-day visit Laura and Mark met with as many stakeholders as possible to ensure that all parties have a well-rounded understanding to plan a fantastic stopover for crew and partners when the fleet arrive at the end of September.

Speaking about their schedule during the visit, Laura says: “In addition to meetings with the Yacht Club Punta del Este, we met with the local and national government, the local tourism agency, the Punta del Este Harbourmaster, customs and immigration, Clipper Race partners based locally, a local media agency and venue suppliers."

On the new South American Host Port, Mark says: “Having visited Punta Del Este, it is very clear to see that there is a great maritime history around and with superb facilities in place already, this will be a fantastic stopover for our Clipper Race Crews at the end of a long and demanding Leg 1.

“I know that the people of Punta Del Este will give a tremendously warm welcome and extend their friendly nature and hospitality towards our crew. This will be a stopover to remember and we are very much looking forward to the Clipper Race arriving in style,” he adds.

Laura says: “It is fantastic to have such an enthusiastic new Host Port Partner for the South American stopover.

“The facilities, the location and the people make Punta del Este a perfect choice for the first stop on the Clipper 2017-18 Race route and I know that partners and crew alike are going to have a brilliant time during the stopover.”

Want to experience everything that Punta del Este has to offer? There are still limited spaces available for the Clipper 2017-18 Race. Applications are now also open for the 2019-20 edition. If you think you have what it takes to race across the world's oceans, apply here.

We recently welcomed our Canadian partners, ClipperTelemed+, to Clipper Race HQ in Gosport for Skipper and Medical Assistant Crew training…

Following nine months of intensive work, the last of the twelve Castro designed Clipper 70 foot yachts has just completed her re-fit. She has returned to join her sisters in training the 700 crew members who will participate for the eleventh edition of the Clipper…

With the race start less than six months away, the first of our twelve Clipper 70s is back on the water after having its 2017-18 race branding applied.Emerging from the shed with its iconic red and gold hull wrap, the Qingdao yacht looks striking as…