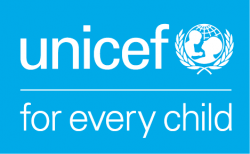 For the second consecutive edition the Clipper Race was delighted to announce Unicef as Charity Partner for the 2017-18 edition of the race. In addition to its Charity Partner status, Unicef was donated a yacht entry by the Clipper Race to enable Team Partner status and assist in raising awareness of the brand through an iconic Unicef branded Clipper 70. With fundraising during the 2015-16 edition being so successful the fundraising target for the 2017-18 edition was increased by £100,000 to a mighty £400,000.

Being able to showcase Unicef’s different projects, during stopovers around the world, is a really important part of making the crew see the difference and the change they are making to children. What they experience on the ground is the real impact that Unicef and the Clipper Race makes to the lives of millions of young children.The Clipper Race has raised an astonishing £700,000 so far for Unicef.