A TASTE OF CAPE TOWN

With over 300 Race Crew members plus their associated supporters descending into Cape Town, the V&A Waterfront, Wesgro; tourism, trade and investment agency of the Western Cape and Whittaker’s Wine Tours; a startup by Clipper 2017-18 Race crew member Phil Whitaker hosted a series of tourism events, to promote the region and all that it has to offer with the aim of providing tangible memories for Race Crew and their supporters to write home about.

In particular, the crew were spoilt when it came to the gastronomy on offer in Cape Town. Alongside its stunning scenery and dramatic coastline, the local produce and culinary delights that Cape Town and the Western Cape offer are not to be missed. Tourism excursions consisted of days spent exploring the vineyards in the infamous Constantia Valley wine region, a food safari down the Western Cape and a City Tour to see the famous landmarks within Cape Town followed by watching the Noon Gun being fired at 1200 up on Signal Hill. 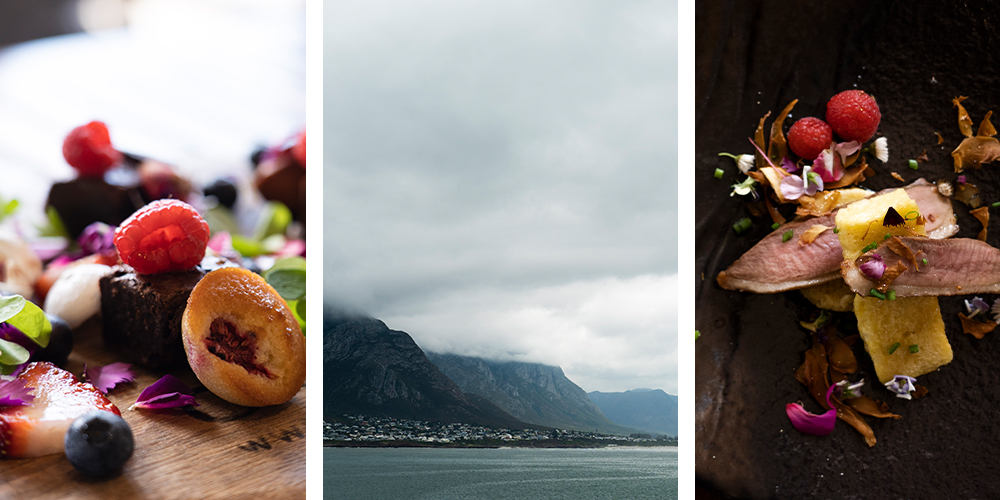 Whitaker’s Wine Tours provided multiple excursions where race crew and supporters could spend a well deserved day away from the rigours of racing around the world, visiting up to five vineyards within the Constantia Wine Region. Each vineyard showcased its own unique offering whether that be a retail experience or providing the perfect vantage point across the mountains and vines.

The Big 5 Taste Safari, hosted by Wesgro, enabled 15 crew members, from across the fleet, to spend the day being wined and dined in around the Western Cape. The safari included an abalone presentation and tasting, a visit to Creation Wine Farm for some wine tasting, a journey down Rotary Drive, providing incredible videos over Walker Bay, then a scenic drive through Hermanus before topping off the day with a tipple at a craft beer and gin tasting experience.

A City Tour took in the famous landmarks that the Mother City has to offer such as the Castle of Good Hope built in 1666 and City Hall and the Grand Parade. From here the Race Crew were taken to the famous Malay Quarter [also known as the Bo-Kaap], meaning the Above Cape because of its location up against the slopes of Table Mountain. What better way then to finish with a bang ascending Signal Hill to witness the firing of the Noon Gun which has been a historic time signal in Cape Town since 1806.