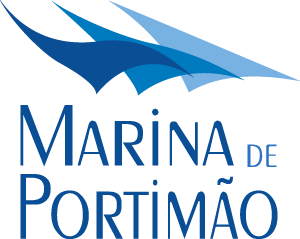 Marina de Portimão, in the heart of the beautiful Algarve region of Portugal, will make its debut as a Host Port in the Clipper 2019-20 Race.

The modern marina is set against the stunning backdrop of the of the São João do Arade Castle and Santa Catarina Fortress is known as the gateway to Europe and the Mediterranean. It offers one of the best boatyard facilities between Gibraltar and Madeira, and is also the last point of call for many boats preparing to cross the Atlantic.

The Clipper 2019-20 Race fleet will start to arrive from 8 September, after up to eight days of racing from the UK.

Its modern marina will provide the perfect first stopover for the Clipper Race crew, offering a chance to rest and recharge before beginning the first of their six ocean crossings - a 5,200nm race down the North and into the Southern Hemisphere to Punta del Este, Uruguay.

As the European City for Sport for 2019, there is plenty to do in Portimão. The miles of golden sandy beaches mean surfing, windsurfing, diving - especially in the famous underwater museum, paddle boarding and sailing all available right on Portimão’s doorstep.

Away from the water, crew can immerse themselves into the music scene at the BPM Festival, which runs from 12-15 September, or explore the historic Catarina Fort. Just a short drive away from the city centre are some of the most renowned golf courses in the country and, of course, the Algarve Motosports Park - an international circuit that includes a karting track, technology park, five-star hotel, and sports complex.

The food scene is another reason why Portimão will be a favourite with crew and supporters alike. So much of a country’s culture is about food and diving into traditional dishes - such as grilled fish, cataplana or even a simple bifana - will give everyone a chance to discover a little bit more about the charming Algarve, its streets, secrets and different stories from long ago.

With its exceptional south-facing location, sunny climate and sandy clay soil and shale, the Algarve is also home to incredible vineyards and local wine is not to be missed.

Portimão can be easily accessed from all over the world and is less than an hour drive from Faro International Airport, while Lisbon is a 2.5hour drive away.