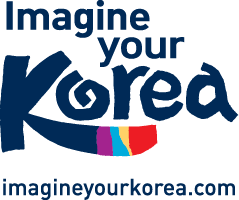 Imagine your Korea is making its debut appearance in the Clipper Race as a team entry. The vibrantly branded yacht will travel the 40,000 nautical miles to represent the charming and intriguing destination and increase sailing participation in the 2019-20 edition of the race.

Korea satisfies the most diverse needs of any tourists. A mixture of ancient history combined with modern architecture can be found in thriving cities in contrast to the natural scenery which includes stunning beaches, rice paddies, mountainous peaks, national parks, beautiful islands and UNESCO listed heritage sites.

In addition to highlighting Korea’s tourism credentials, the Team Partner, supported by the Korea Tourism Organisation, Gin-A Co. Ltd, The Korean Sailing Federation and the YeosuYisunsin Marina will use the Clipper 2019-20 Race to promote Korea’s sailing opportunities to the world, as well as encourage more people in Korea to take up the sport.

The Imagine Your Korea team is made up of 65 crew members representing 15 different nationalities. Experienced sailor Rob Graham will be the Clipper Race Skipper of Imagine your Korea, leading the team from Fremantle, Australia and for the remainder of the circumnavigation. In the interim, former Clipper Race Deputy Race Director, Dan Smith, will skipper Imagine your Korea on Leg 3 between Cape Town and Fremantle.

“Sailing is the ultimate sport. Through sailing and marine sports, we wish to improve the livelihoods of Koreans, and further world citizens. By sponsoring a round the world sailing event, we want to promote world peace by showing off the beauty of Korea, the world’s last divided country.”