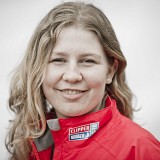 So I'm back doing Leg 7 and 8 (Seattle to New York via Panama then New York to Derry-Londonderry, to Den Helder and back to London). Having crossed the mighty Pacific I was eager for more hence the reason I am still half way around the world.

Now instead of my journey ending in Seattle - it will end in London at St Katharine’s Docks, six races later. For me this was a massive decision- it meant asking work for more time off work (luckily they were pretty chilled about this), it meant not seeing the friends and family that I have missed so much for another 3 months (this is a long time to wait for a hug), but ultimately I know this will be one of the best decisions of my life- I will learn so much more and gain so many more memories and experiences and I wouldn't miss all that for the world. I feel at home on the ocean and although I miss my real home it’s totally worth it.

Seattle was brilliant- It was an amazing city with amazing people. It was really nice to see my parents and Chris and Carole (some family friends) and although I didn't show it at the time saying goodbye to mama and papa nugget (my parents) was really hard. I hope they know how much they mean to me.

We are now racing down the Californian coast, battling our way through the fleet, currently in 4th place. We have been able to see some of the boats on the AIS so this has really helped with our motivation as we can see the speeds they are doing and how far away from us they are which encourages us to beat their speeds and close the gap.

The shorts and T-shirts weather that I had been promised has not turned up yet but hopefully within a couple of days as we get to the coast of Mexico, I may be able to bear my blindingly pale legs, in the hope of a tan (fingers crossed). (I have however gained myself a rather impressive hand

We have been flying our lightweight spinnaker the majority of the way so far, so I have been brushing up on my spinnaker trimming skills and downwind helming- learning new hints and tips from the spinnaker queen-Lara. This race I am no longer a new legger and I kind of know what I'm doing which has increased my confidence a lot. As well as this I have been promoted to Bowman and Mastman meaning that I am the one that gets to bounce on the bow and fly up the mast- two positions that I love.

I am also learning a lot more about the spinnaker set up which is something that I really wanted to have a go at. We have had a couple of problems with the spinnaker tack line getting wrapped around our new bowsprit meaning that someone (guess who) gets to dangle on the bowsprit and fix the problem. Something that I actually really enjoyed. Another part of my job is to be the rescue swimmer in case we have a man over board. On the motor out to the race start, we did a man overboard drill so I volunteered so I could get the practice in. The job involves being attached to a halyard and being eased into the water then grabbing the MOB and fixing the helicopter strop to the MOB then being lifted safely into the boat- all went well and we got the dummy (named Bob) back in the boat very quickly.