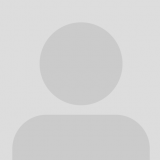 We are into day 2 of our Atlantic crossing and it's been an epic experience so far. We left New York Harbour at around 10am yesterday local time and had the honour of doing a Parade of Sail in front of the Manhattan Skyline, Ellis Island and the Statue of Liberty. I personally got a real treat of being given the helm as we steamed out of the Hudson and out into the Atlantic Ocean. The crew ofDerry~Londonderry~Doire then demonstrated why they have been winning races during the last number of legs as their enthusiasm, motivation and skill is evident the minute you meet them.

Everyone on board wants to win this race and the Derry-Londonderry race is the big goal.

During the Le Mans start yesterday we came out in front and as the night went we stretched the lead to over half a mile. Tactics then kicked in and some of the fleet have manged to close the gap but it's all to play for.

The work on board is extremely physical and the watch system takes a lot of getting used to, it's knackering but apparently the first few days are the worst. Shouts of "I know you fancy me but don't look at me look at the Spinnaker" can be heard from our watch leader Rob Ryan as he drives us on toward the home port. So far we've lightning storms, squalls and spotted a small whale and a very large sun fish.

I am honoured to be part of this team and every day is full of new experiences friendships and learning. I'm going back on deck now as we need to make sure the Derrybus gets home first.

All my love to my girls Aine and Aoife and the best wife in Derry Leeann, I'll be home soon at this rate.