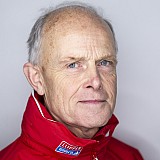 Given that I, David, am co-victualler for Punta del Este, the last 6 weeks since my Level 4 have been a total immersion in spreadsheets, shopping lists, blue sky recipe-thinking and late night bed-tossing of OMG, I forgot this/that and I must remember to add that to my to-do list.

Arriving at St. Katharine Docks with all the day bags (i.e. food packed for every day of Leg 1) safely on board and only the fresh and frozen food to contend with has been a relief, even if there have been last minute changes to deal with. Moreover, I felt relieved when I stepped back on board that I was going to get to do some sailing for a blessed change.

I took some time to reacquaint myself with the boat’s geography and all the various details that had been sorted out by the rest of the team during prep week, while I had been in various supermarket shops, updating the expenses and keeping Skipper moderately happy that we were meeting our brief: which was to feed the boat well; a happy boat is a fast boat! At the same time, he threw into the mix that a few Spanish recipes for our Latin boat would be great and that he (Skip) would like to cook paella and asked me if we could get a paella pan. After a slight furrowing of my brow, I was more than happy to hear that we could be sailing on our stomachs and Skipper was going to roll up his sleeves at some point in the galley! Apparently Jeronimo is a dab hand and we look forward to his version of the Galloping Gourmet!

I have no doubt i’ve been boring my family and friends with tales of kitchen nightmares, but I knew what I was getting myself into when I volunteered for the role and was more than happy to know I would be co-victualling with crew mate Anne. It’s a huge job, but I know this contribution to the boat is vital: I victualled at the last minute in the last race from Cape Town for Greenings, although unfortunately, that effort came was all for nought. Apparently our Skipper Jeronimo is a dab hand and we look forward to a Jeronimo version of the Galloping Gourmet!

Now that – as part of an amazing team for the 2019-20 race - we had arrived at departure day at last, the hourly countdown had seemed endless. At 8am all was still relatively quiet with security invisible. At 8.45 we went to collect the yacht’s meat order which had been further cut up by a local restaurant; however, this still needed a further 90 minutes of repackaging on board to fit in our small freezer and cold box. Some last tidying up. A few last visitors on board with many emotional farewells at the side of the marina. The growing crowds of multi-crew supporters were fantastic and by midday, the pavements were quite impassable.

Back to the yacht with the last VIP visitor, the Commodore of the Punta Del Este Yacht Club. The flag waving and hand waving seemed endless. We slipped the lines at 3pm, as the first Clipper Race yacht sailed out of the lock, with a huge amount of flag waving, dancing and singing to ‘Vivir mi Vida’. Leading the growing procession of yachts, Punta Del Este completed four laps of the Wapping Loop and then the crew grew very excited as Tower Bridge opened for all the yachts to go upstream. The spectator boats and the bridge were full of tremendously excited flag or arm waving supporters.

The weather was glorious and the parade down the Thames and out towards the estuary and our race start venue was an absolute delight with so many people; supporters, friends, family and complete strangers waving furiously, honking horns and all sorts. A special moment in time I will never forget. The start of something truly inspiring; a tear definitely welled up. A journey on the winds, swirling around this glorious planet spinning on its axis, hurtling around the life-giving celestial body we call the sun. Bright yellow is our team colour and the sun is our logo: how appropriate! 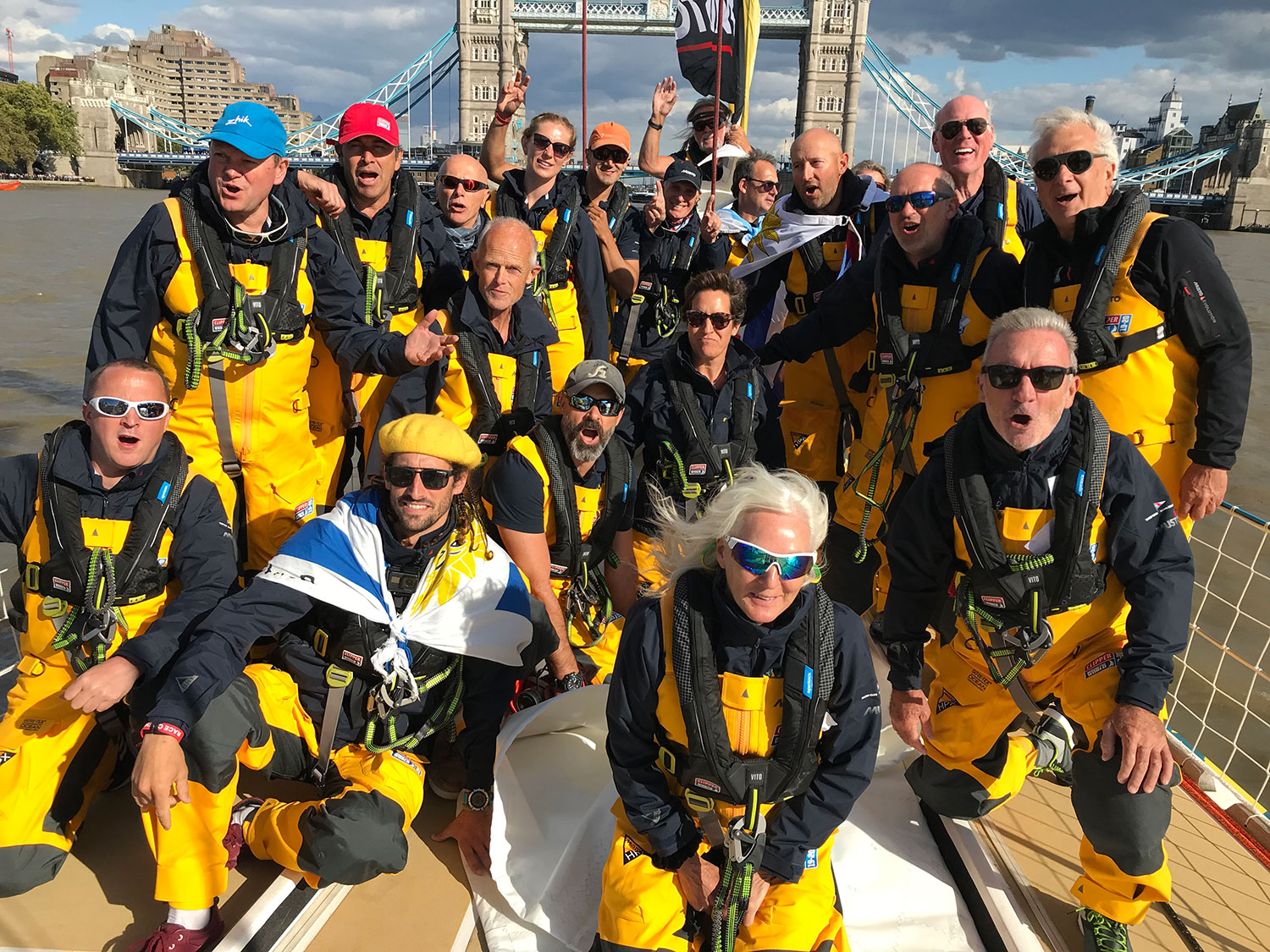