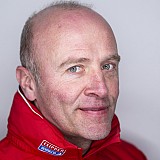 I was musing the other day whilst standing on the pulpit, or the cetacean station as I like to call it (for the uninitiated it’s the pointy bit on the deck at the front of the boat). I was on the lookout for local fishing boats in stealth mode – usually cunningly disguised as brightly coloured pieces of driftwood, when the other half of my brain started considering matters of evolutionary biology and other tenuously related topics as one does. E.g. Do whales get seasick? And as mammals like us, how do they stay hydrated in all that saltwater? This goes for all marine mammals of course; and I really should know the answer as I studied marine biology, doh! In my defense it was a long time ago and marine megafauna was the glamorous end of the subject that mere undergraduates only dreamed of. In answer to the second question, presumably they have evolved some nephron-tastic super renal plumbing in order to cope. This does all bring to the fore, quite how unsuited for survival we humans are in the marine environment, particularly when we go out playing in boats.

Take sea sickness as an example; fortunately I appear to have escaped its clutches so far but I have been afflicted in the past. Being on deck is usually fine, but spending any amount of time below when things get bumpy can unleash the green monster. Two activities in particular below deck are best avoided if one is prone, namely galley duty and packing sails in the sail locker. When the boat is beating upwind and into a current, the motion generated can usually be relied upon to make even the most concrete of stomachs feel a little less than tip top. The sail locker is at the front of the boat, furthest from the boat’s centre of gravity and so generally experiences the most extremes of motion in these conditions. I was that person the other day, packing a Spinnaker in the sail locker as the bow of the boat was slamming into the oncoming swell. My bottom was launched off the floor and then rapidly back down again every minute or so. Unfortunately the stomach can’t quite keep up with the vertical acceleration and is always a fraction of a second or two behind – just like driving over a hump-backed bridge in a car, but one after another, after another, after another… All the time the boat is accelerating forwards with a slight corkscrewing action, and add on to that the fact that the boat is leaning over at an angle of 40 degrees or more. Potentially vomit inducing and also hot sweaty and frustrating at times, Spinnaker packing is probably one of the least popular activities on the boat. Hence, under the circumstances my mind drifted back to the whales. No doubt there is great ‘pod fun’ to be had if one of the whales is feeling a bit iffy - after a few dodgy herrings the night before perhaps – and all the others decide that it would be fun to head upwind into the current. But one would hope that evolution has selected out the queasy ones. As animals we all originated from the sea, but once on land and having evolved into mammals some decided to return to the sea. Presumably all the surfer dude mammals who wanted to hang out by the beach and not go home after the summer holidays and get a proper job – and they became whales, dolphins and seals etc.

Fresh water on a boat is probably the single most important consideration from a survival point of view. We have a water maker that is nurtured and molly coddled like something precious, in fact Ian has an almost Golem-like relationship with it, nobody else except Mike the AQP being allowed anywhere near it. And rightly so! Freshwater is so important to both our health and our success in the race. Should the worst happen and we lose all freshwater then we are very quickly in a survival situation; unlike the whales of course, smug devils. If memory serves right, I’m fairly sure that during our survival training we heard a story of a family surviving at sea by taking seawater in suppository form – apparently the colon (or large intestine possibly) can absorb freshwater without the salt. Warning...! That nugget of survival information could just be a figment of my strange imagination and not true at all, so please make sure you always have enough water for your journey! However, if that is the case then I can easily envisage one or two immediate practical, shall we say, ‘difficulties’ with the instigation of a boat wide butt quenching regime – especially when one considers that our portable manual bilge pump was found to be not working the other day. Clearly we could not have a situation where people were self-administering willy-nilly, the strict on board hygiene regimes would be thrown into complete chaos. Nor could we have crew members racing pell-mell to the front of the boat in order to wave their posteriors at the oncoming bow waves with a view to ‘getting-lucky’. Crotch straps on life jackets would have to be removed in anticipation and therefore people would not bother clipping-on and then where would we be from a safety point of view. The only conceivable option would be to hand the responsibility to the mothers (those on galley duty), which we have already established can be a pretty stomach churning activity on occasion anyway. The graphic niceties of administration I will leave to our respective imaginations but I can’t help but conjure the image of a row of expectant peach-like posteriors lined up along the edge of the galley, somewhat reminiscent of split-tin loaves lined up on a Baker’s counter.

I perhaps should wind this up now before I get even more carried away with outlandish theories and half truths. I can feel a musing coming on about a way that marine mammals may take on additional fresh water, although there are anatomical considerations that elude me at present. This is also drifting further and further away from considerations of the boat and sailing with which readers of these blogs are principally concerned. My final thoughts again hark back to the reality that we are trying to exist in a potentially incredibly hostile environment almost cheek by jowl with animals that are so perfectly adapted to thrive here. And yet these animals are so closely related to us in terms of anatomy and physiology etc.

Anyway I must call it quits as I am on galley duty again, so bottoms up and more mad ramblings soon, if you’re unlucky.

PS. We finally used up all the tinned corned beef this lunchtime, result!