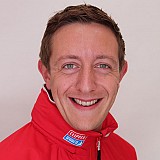 We made it to Portugal all in one piece – no real damage to people or sails. It was only a week a sea – 1,300 miles which by Clipper Race standards is a puddle jump, but it feels likes months since we left London

I was so happy to see you before I left – the pomp and crowds were crazy, and I worried I wouldn’t be able to find you. I don’t think any of us expected the crowds to be anything like as large – waiting to go through tower bridge there were people everywhere, along the banks of the river on all sides, the bridge itself, HMS Belfast - even the battlements of the Tower of London. Every vantage point seemed to have someone with a flag or banner waving goodbye to a loved one. By the time you all turned back in the supporter boats at the barrier we had shouted ourselves horse and waved until we could hardly lift our arms.

By contrast, Race Start felt totally stress free. our boat was relaxed and calm – it could have just been another day practicing in the Solent rather than the start line of a 40,000 mile race round the world.

What a first race it was once we got going – from sitting in flat calm to screaming downwind in front of a force 9. Our approach from the outset was that this was our last week training, made clear on the start line when there were ten spinnakers up and Unicef alone under white sails. Despite quickly falling back to the back of the fleet, by the time we turned into the channel we had climbed up to fifth thanks to sailing higher and a few slick sail changes.

The channel was straight into life at 45 degrees – beating up to Ushant into a gale. Stomachs quickly turned – half of us were looking green and there were frequent buckets being passed up through the hatch with the call “can someone get rid of this”! My stomach held together pretty well, and I was able to stay (relatively) cheerful as I tried to pull together a bolognese as we smashed passed Portland Bill. Every minute or so the galley would drop a couple of metres and I would scrabble to try make sure the saucepan was still underneath its contents when we hit the bottom of the wave.

Still, we managed to leave the channel in the top three after a series of great tacking calls and turned through an uneventful Biscay. Unlike the other two leaders, we avoided the scoring gate wanting to get into pressure south and by the time we felt the warm breeze coming off Finisterre we were into first and the pressure we had been chasing.

Be careful what you wish for!

We ended up blasting downwind in 45 knots, surfing down 6m waves at 20+ knots. I was at the helm for our first broach – not something I care to repeat. Still, by the time sun set our mate had been on the helm for hours, he had had a handful.

We were cold, tired, sun was setting, and the wind wasn’t showing any sign of lessening when our skipper came on. He had slept through our broaches (or pretended to) and took the helm with such enthusiasm mid-broach (ask mum for the video). It was amazing how suddenly the whole boat changed. He called everyone on deck in their foulies saying we might be there for a while, got us to stand in that tiny space behind the wheel to dig the rudders in, and just laughed with the pleasure of flying downwind in a real breeze – it was infectious. Do you remember what it was like on a breezy day at Datchet? When we would get the kite up, both slide to the back and hold on as the boat hummed and we planed? It was the same – only instead of me and my Grandpa on a flying fifteen outside London it was 24 of us at the back of a 70ft boat flying through the Atlantic. But the hum was just the same.

We stayed there till long after midnight, telling jokes and stories, eating mars bars and whooping at the bow wave and the speedo climbed - 23knts... 26knts… 28knts... 33knts (serious bragging rights there – the highest any other boat saw was 28). I was so impressed with the morale – it was cold, wet, cramped and miserable but everyone was unremittingly cheerful and supportive.

The wind abated and we had a day of champagne sailing and rounded Cape St Vincent neck and neck in first position alongside Qingdao, 20 miles to go to the finish and the rest of the fleet spread out over the previous 200 miles. The Host Port, Marina de Portimão sent out a welcome rib just after sunrise, flying flags and taking photos – we fell out of watches to all stay up for the finish and cross the line as a single team.

And the wind vanished.

We sat off the coast of Portugal in the baking sun all day. Averaging less than one knot, creeping in shore to try wind a sea breeze and then offshore to the forecast breeze. We sat there as first one, then another, and another, and another of the fleet saw the hole we were in and went around it. A gut wrenching sixth place at the end - nearly 24 hours after the welcome rib came to greet us. The boat that came fifth had clawed back over a hundred miles that we had fought so hard to build up.

When we at last tied up Qingdao had waited for us on the harbour wall to applaud, Mum’s big blue banner was hanging from the yacht club and Sir Robin came to take our line as we docked. He told us we had won the ocean race – just lost on the lottery at the finish.

Beers at sunrise with the other boats as we swayed in a sleep deprived stupor and struggled to find our land legs. We had not much more than 3 hours kip out of the last 36 of the race.

Some of the crew are more upset about the result than I. My main takeaway is that we were faster than the other boats in the same conditions, we ended with less damage, and the crew remained cheerful and full of grace through some shit conditions.

When the great scorer comes to mark against your name,

He marks not that you’ve won or lost, but how you played the game.

We are now busy stuffing ourselves full of grilled sardines and fresh veg before setting off on Sunday for the first big leg. 5,000 miles across the equator to Punta del Este – at the mouth of the River Plate, just a stone’s throw from Montevideo and Buenos Aires, sounds extremely remote and exotic.

Will write again from the far side of the world where I will wear your Pissarro tie to the prizegiving if we are on the podium.