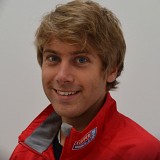 Let me tell you a story about a dragon named Ferghus. Ferghus was hatched on the remote Scottish archipelago of St Kilda, many hundreds of years ago.

From the moment he came out of his egg he had a bright golden sheen to his scales. Even in the dark Scottish winters his coat would take what little light there was and reflect it out, glinting and sparkling. Ferghus spent his youth flying and diving round St Kilda. Leaping off the sea cliffs of Hirta. Swooping across to the sea stacks and perching there, watching the terns and skuas and puffins circle around.

As he grew older it came time for Ferghus to leave St Kilda. Dragons are big creatures, needing a big territory, and Ferghus had grown bigger than most. Having spent his youth amongst the sea birds Ferghus had always wondered where they went when they left his windswept islands. When they day came to leave he decided to find out, taking to the wing to follow the Skuas as they headed west, across the great expanse of ocean. At first he flew across the blue Atlantic, skirting north to skim over Iceland and say hi to his Nordic friend, Aasta. Although he liked the north Atlantic, knowing the same waters he flew over also encircled his home, he knew he could not stay there. His Dutch cousin Sebastian had, for a long time, claimed this territory, so on he flew.

Next he came to Canada, at first bare tundra, then snowy forests and mountains as he dipped further south. The wilderness was inviting but Ferghus had been raised on the ocean and could not imagine a life spent away from it. On he flew to the south and the west, watching snowy mountains turn to great, emerald forests. At last he came once more to the ocean, a wild, fierce ocean. The moment he glided west from the forests of Washington, out onto the great North Pacific, he knew he had found his home.

For hundreds of years he made the Pacific his home, exploring every square nautical mile. He flew down the coasts, he flew out to the islands. One day he flew further, flying out and out, as far west as he could, right to the place where the world comes to an end. When he reached the world's edge he found it peculiar, this great rushing of water streaming over the edge. A place where even his great ocean found its limit.

Being of a curious nature Ferghus decided to investigate. He flew back to north America and contacted Sebastian's friend, who in turned contacted Sebastian and so on and so forth, until all over the world dragons were hearing the tale of the edge of the world, and wondering what this strange place was. When word got to China the story sounded familiar. The dragons out here had long ago flown east, into their unknown, and found the same thing: a rushing cacophony of water disappearing into eternity. Upon hearing this news Ferghus flew to China and met with his peers, exploring together the place where the world finds its edge.

Although generally solitary creatures, in the course of their exploring, Ferghus grew to like the company of the Chinese dragons. When it came time to go back to his Pacific he grew sad, the journey home was a long one and he knew he would not be able to make it often. Upon seeing his sadness the Chinese dragons got to thinking. Dragons, as you well know, are somewhat magical creatures. They see the seams in the world and have learnt to manipulate them. Together with Ferghus they set to experimenting. Before too long at all they had figured out a trick. In just the right place, at just the right time, with a twist and a flick and a few special turns they could bring the seams together, jumping across space and time and flitting between Ferghus' Pacific and their own. The trick was not quite perfect, to jump through space it turned out time also got a little distorted. No matter how hard they tried they could not quite figure a way where they didn't end up in the wrong day, but only one day, so they decided to leave it.

With his newly learnt trick Fergus travelled back home. For hundreds of years he played across the wild Pacific. Under the granite skies, over the icy seas, he soared and dipped and swam. In this land of cloud and cold and storm his golden coat would once more catch what little light there was to catch and send it flickering and dancing across the waves. When the dolphins appeared he would dip his tail in the water, letting them chase his wake, flicking his tail to make them leap up to try to catch it. When his old friends the Skuas came flying by he would laugh and try to follow them as they dipped down, performing acrobatics in the canyons between the waves. When the great storms blew in from cold Siberia he would laugh and whirl in the icy winds and house sized waves. When his playing was done and he felt lonely he would flick and twist and turn and join the other Pacific to go to see his friends.

It was on one of these trips to see the Chinese dragons that he first saw the humans setting sail across his great playground. He saw their little wooden boats and their flimsy canvas sails. Seeing how small and frail they were against his wild environment he grew worried and followed them on their journey. As they approached the point where the world ends he grew more worried still. Even with his wide wings he could not fly much past the edge and he found the place unsettling. Thinking of the humans, tied to the surface of the sea, approaching this great vortex, he decided to save them.

With his flick and his twist and his turn he skipped them from the Chinese dragon's Pacific, all the way across to his own.

From down below on the ships there was no obvious change, the only hint a feeling of time going wobbly and then a great golden sunset. Despite not quite knowing what had happened the sailors, having learnt to read their environment and connect with the world around them, felt the change and knew they had been protected. To say thank you they made an offering to the creature that had saved them. Some hair from their heads, to remember them by.

Upon receiving their gift Ferghus was moved. He felt their need and their gratitude and knew that he had helped. As he realised his power he vowed then and there to make it his mission to help future sailors, setting off across his domain, to make sure that, amongst all the other perils they faced, they at least did not have to worry about the edge of the world.

The sailors, in return, reflected upon the day that time went wrong and the great golden sunset. As Chinese sailors they knew something of dragons and their magic powers. Wanting to remember their salvation they took ink and drew a picture of a great golden dragon on their skins. This all happened hundreds of years ago but, to this day, sailors who cross this point where east meets west, the point where the world ends and time repeats, still earn the right to a tattoo of Ferghus, the great golden dragon who has made it his mission to keep us all safe from the edge of the world.

As we prepare to cross the dateline on our voyage we too shall be giving a small sacrific to Ferghus. My, rather greasy and salt stained hair, will be shorn and offered up to ensure us safe passage. If you think braving the remaining miles of the journey without my mat of sea salted hair to keep me warm is worthy of a little donation to Unicef, the charity of both the race and our boat, there is a just giving page here. Thanks for any donations. It is very cold out here but doing it for a good cause will make it all worthwhile.

Losing my hair on Visit Seattle.