One week into the Marlow Southern Ocean Sleigh Ride and the racing fleet has experienced a slight lull as a high pressure system moves over the fleet. It is bringing noticeably warmer conditions ahead of the next forecasted low.

Mark Burkes, WTC Logistics Skipper, explains: “We had hoped to miss most of the lull in breeze as the high pressure moved above us but alas, we didn't. The last six hours have been painful with virtually no movement for most of the time. The only plus side is seeing that others around us also moved slowly. Not Ha Long Bay, Viet Nam and Qingdao though; they power on relentlessly, having made it far enough ahead.” 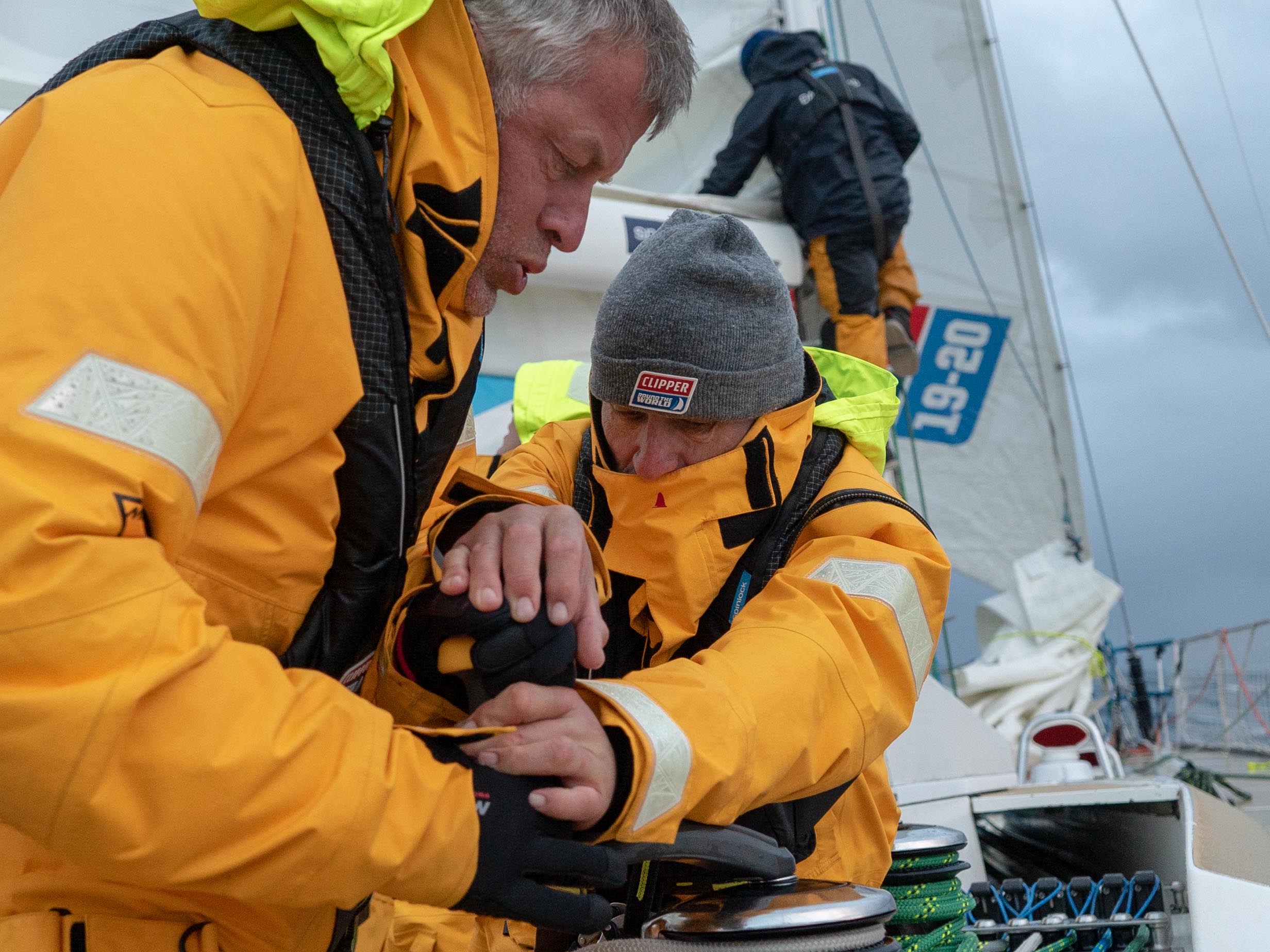 Qingdao, in first place for a third consecutive day,and Ha Long Bay, Viet Nam, showing in third due to Imagine your Korea being so close the rhumb line, have made their intent clear as the two teams head towards the Scoring Gate. Whilst the result is not set in stone the third bonus point is looking to be the most hotly contested as Imagine your Korea Skipper, Dan Smith, reported: “We sailed down to the ice limit waiting for the wind to veer so we could gybe and make good speed east in the dark and maybe have a bash at third for the scoring gate.

“It doesn't look likely but as predicted the boats behind us have been slower. With a bit of luck, the same wind will swallow up Zhuhai and slow the team down but being east of us we expect they will escape (this time).” 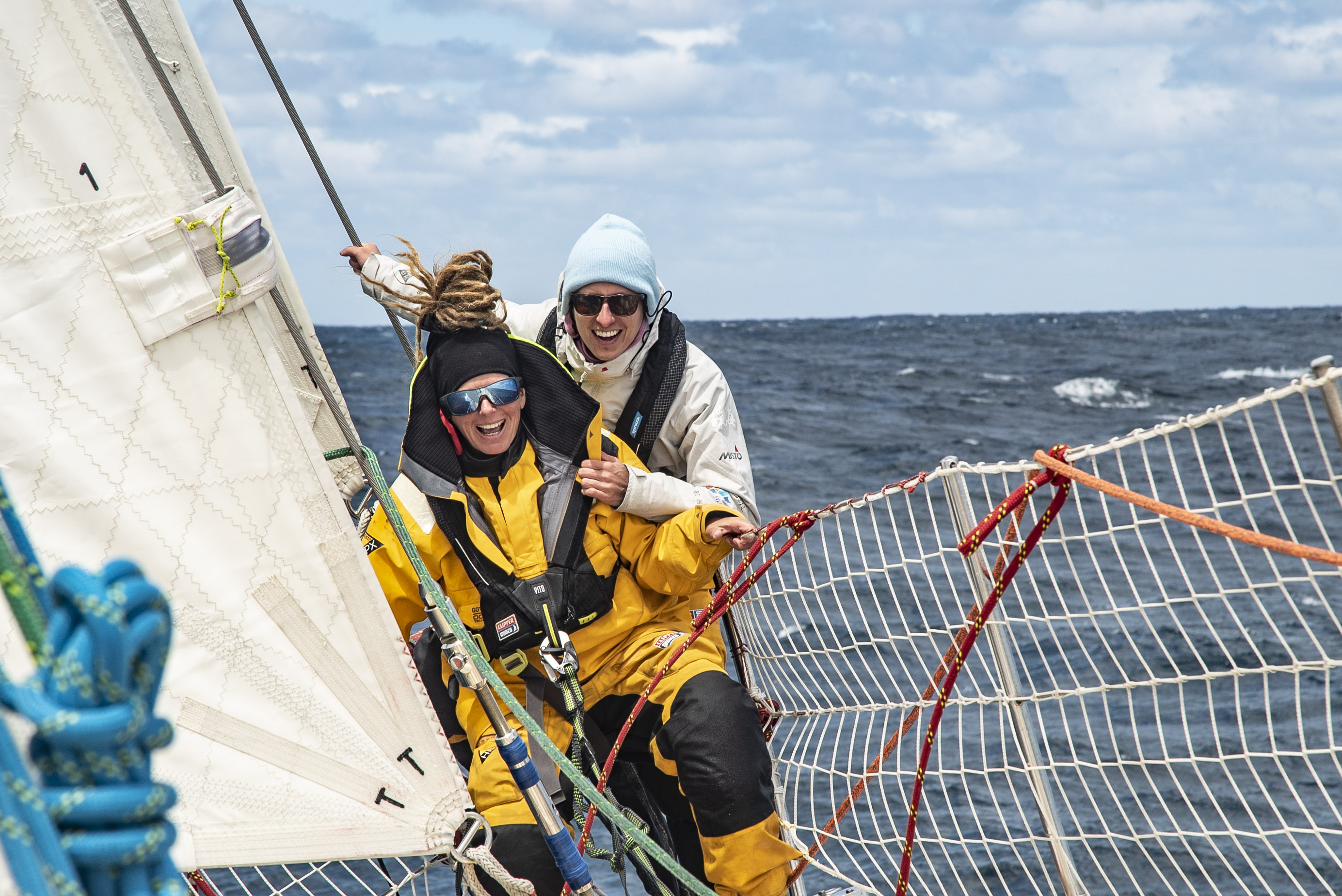 Whilst the teams have been reporting easier sailing conditions they are all aware that the next few days of weather are likely to make things uncomfortable but potentially fast. Simon Rowell, Clipper Race Meteorologist, advised: “That front is just catching up with the westerly boats now. It looks strong, with gusts into the 50’s and individual large squalls probably giving more for short intervals.”

Hugues Stellio, Dare To Lead AQP, reports: “The temperature in the boat is around 10/15 degrees celsius, and the storm coming is forecasted with gusts up to 50kts. We are ready for it, this time we will be on the north side of the low pressure, which means, in the Southern Hemisphere, that the wind will be on the beam or aft.” 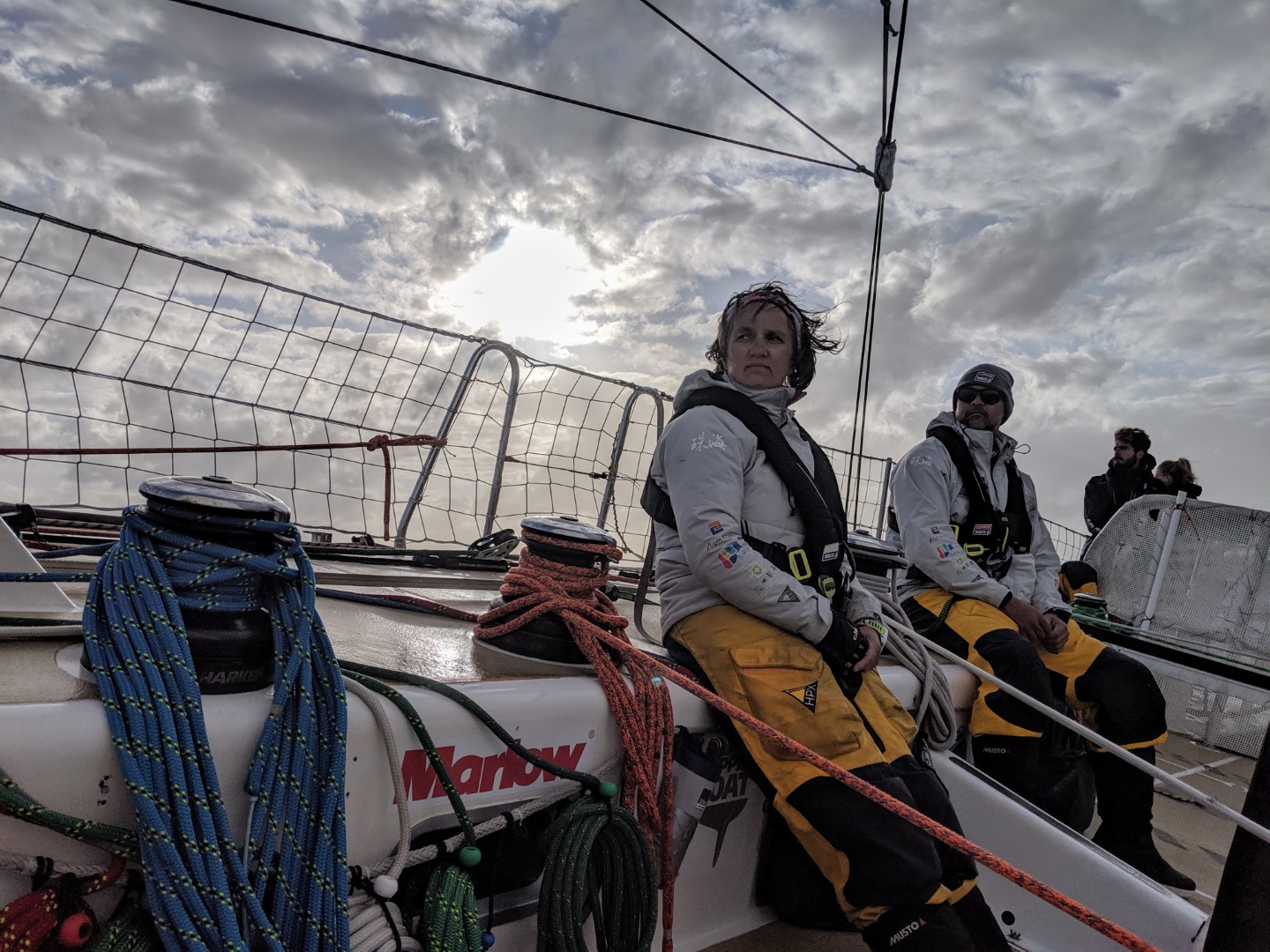 Similar sentiment from on board GoToBermuda with Skipper David ‘Wavy’ Immellman signing off with: “All are well and looking forward to our first southern low pressure, with trepidation, anxiousness and excitement. Let’s hope that the "wintery" conditions are not too "wintery".”

Keep an eye on the Race Viewer to see which teams can maximise the incoming weather front.