A FIREFIGHTER’S COUNTDOWN TO SEATTLE

Nottinghamshire Firefighter Rebecca ‘Bex’ Sims is preparing to swap the extreme heat for the cold water after being selected as an Elliot Brown Ambassador for the North Pacific Leg 6, which sets sail from Qingdao, China, in March, and will arrive in Seattle, USA, in April having completed almost 6,000 nautical miles.

Elliot Brown watches are endorsed by the Fire Brigades Union (FBU) as well as the Clipper Race due to the fact that they survive in the toughest conditions, and Bex won the opportunity to take on an adventure of a lifetime after entering a competition in Firefighter magazine. 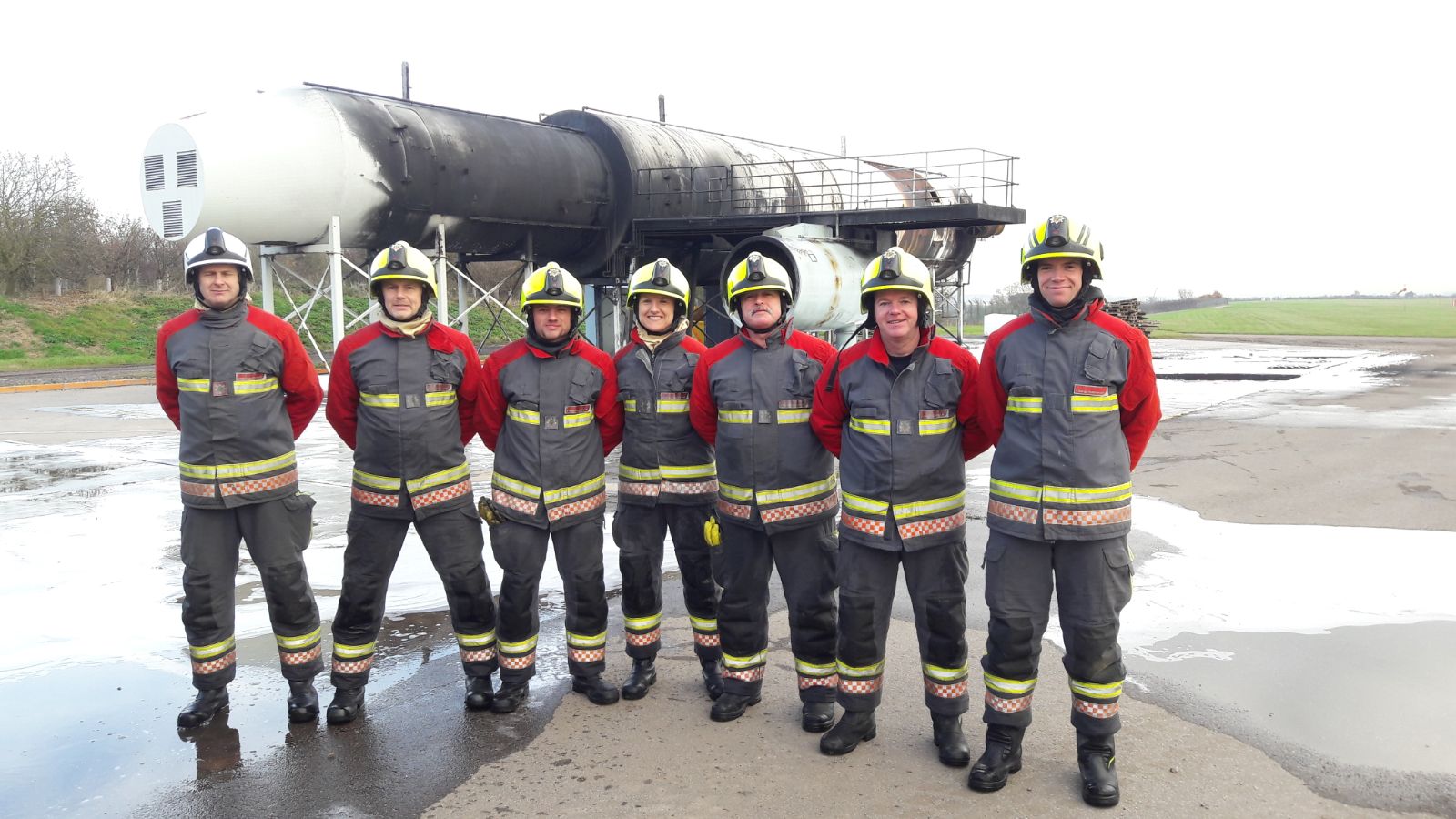 Bex, from Derbyshire, says: “Sailing with a Clipper Race circumnavigator from the 2013-14 edition, Helen Jones, got me interested in taking part. I am a very motivated person and will go for a challenge that intrigues me.”

Before being selected, Bex had to undergo her Level 1 Training along with another seven firefighters who had also made the shortlist but she managed to beat off stiff competition to secure her place. 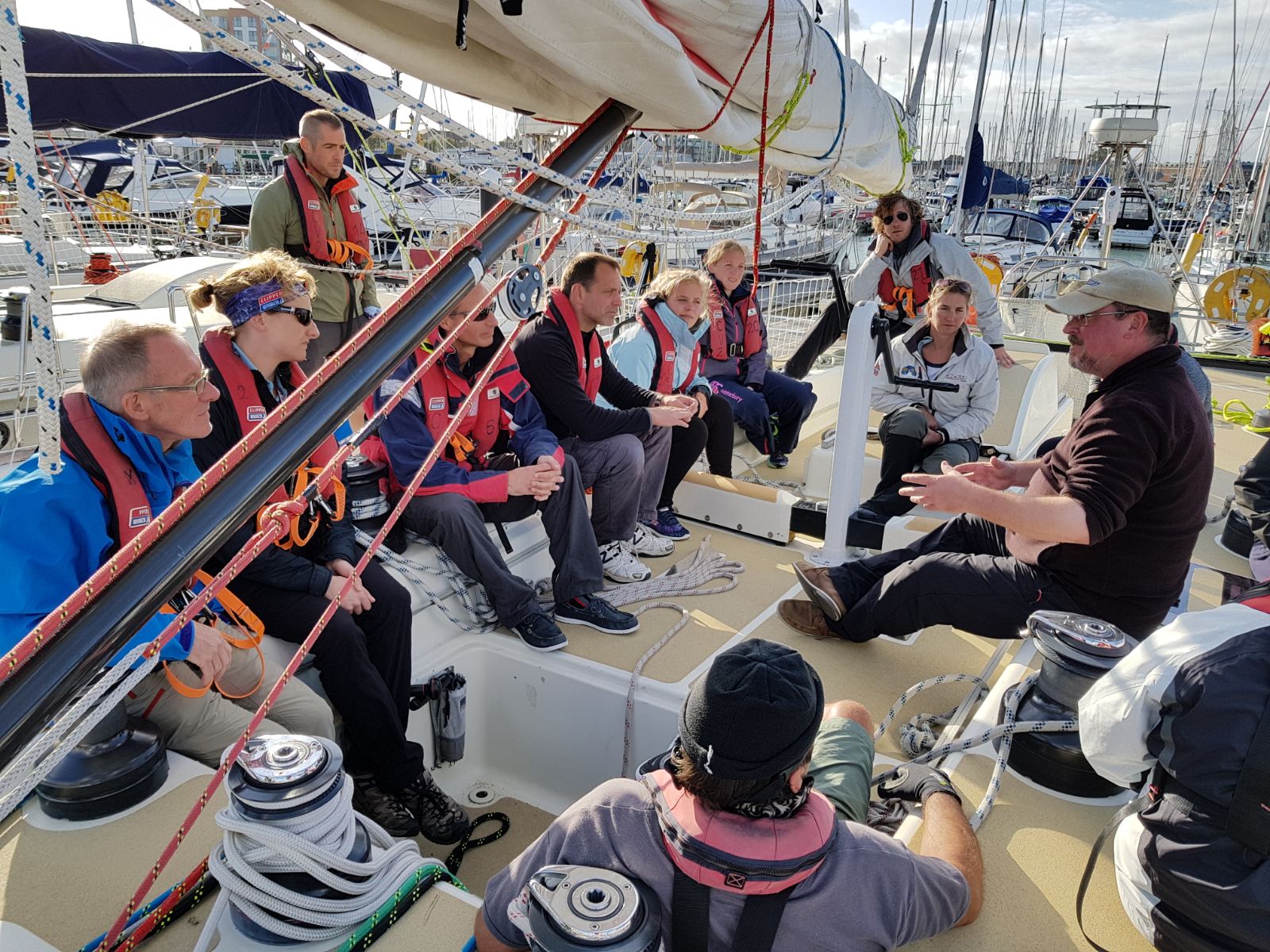 After her initial training, she said: “Level 1 was really good. I had sailed a little bit so it was good to refresh those skills as well as learn new stuff about how a 68ft yacht sails. Meeting new people and working together was great and I think the team bonded amazingly together and we had good fun. We continue to stay in touch. All of the firefighters have continued their interest in the race, so I’m really pleased.”

After being selected from the shortlist of firefighters, Bex met Elliot Brown Co-Founder, Ian Elliot, who presented her with an Elliot Brown Kimmeridge watch and told her specifically not to look after it. He said: “We specialise in durable watches at Elliot Brown and it is important that they are tested to the limit! We have already unveiled the Broadstone Adventurer range for Clipper 2017-18 Race crew and we are delighted to have Bex as an Ambassador who will be taking on one of the toughest challenges on the planet while wearing our products.” 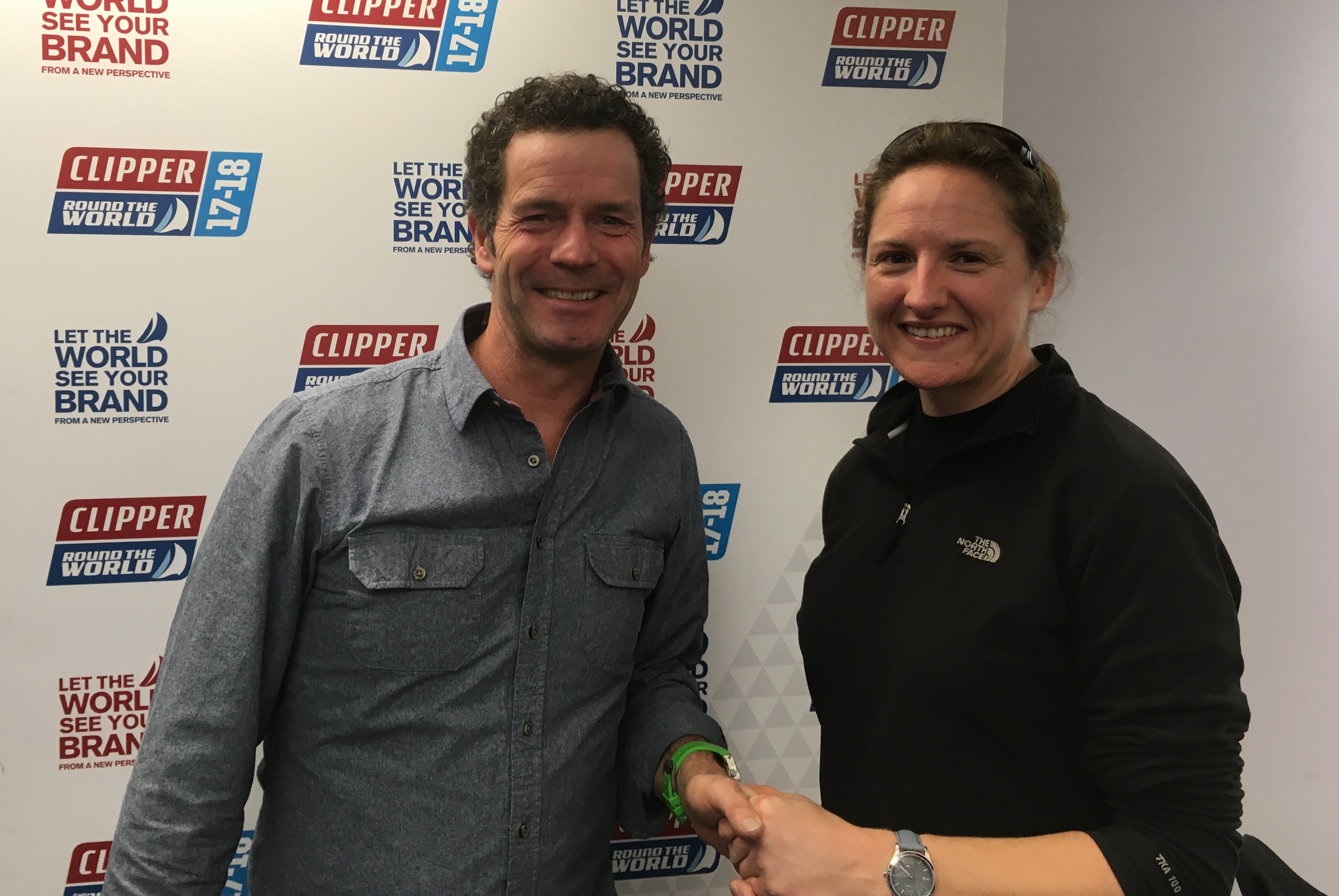 Crossing the Mighty Pacific will be a unique adventure but Bex has been struck by the number of similarities with her working life as a firefighter, explaining: “A lot of things we did on training, I thought this is like being at work…but I mean that in a really good way, a very positive way!

“For example, working with new people, being challenged, being a bit stressed, being pushed, reacting to things when they happen. You just get straight on with it, solving the problem, being logical. Also, the watch system, cooking together, eating together, sleeping in the same space were all very similar experiences to working in the fire service!” 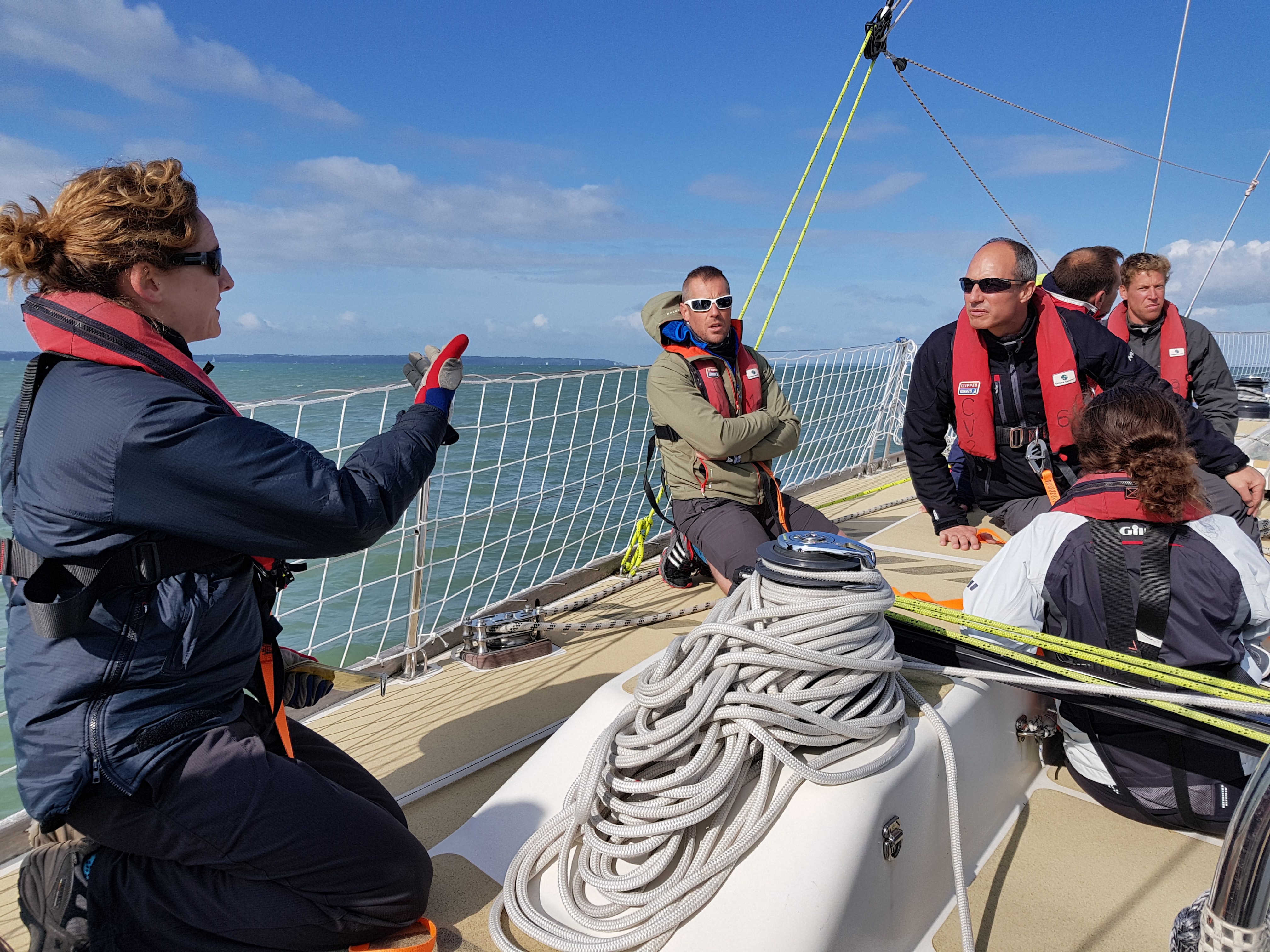 Bex will be very welcome on board her new team, Visit Seattle, when the crew sail into their home port, particularly after claiming that she really enjoyed her Galley Watch duties: “Cooking, cleaning, providing food, cups of tea, making sure that people are happy and fed and then getting thanked for it afterwards was really rewarding and made me feel like I’d made an extra contribution to the team.”The big seas of the North Pacific Ocean will be a far cry from her home of landlocked Derbyshire but she is looking forward to the challenge, saying: “Getting out sailing on Level 1 was great and we had some pretty strong winds so that was brilliant. I enjoyed the ‘fruity’ conditions that we experienced.” 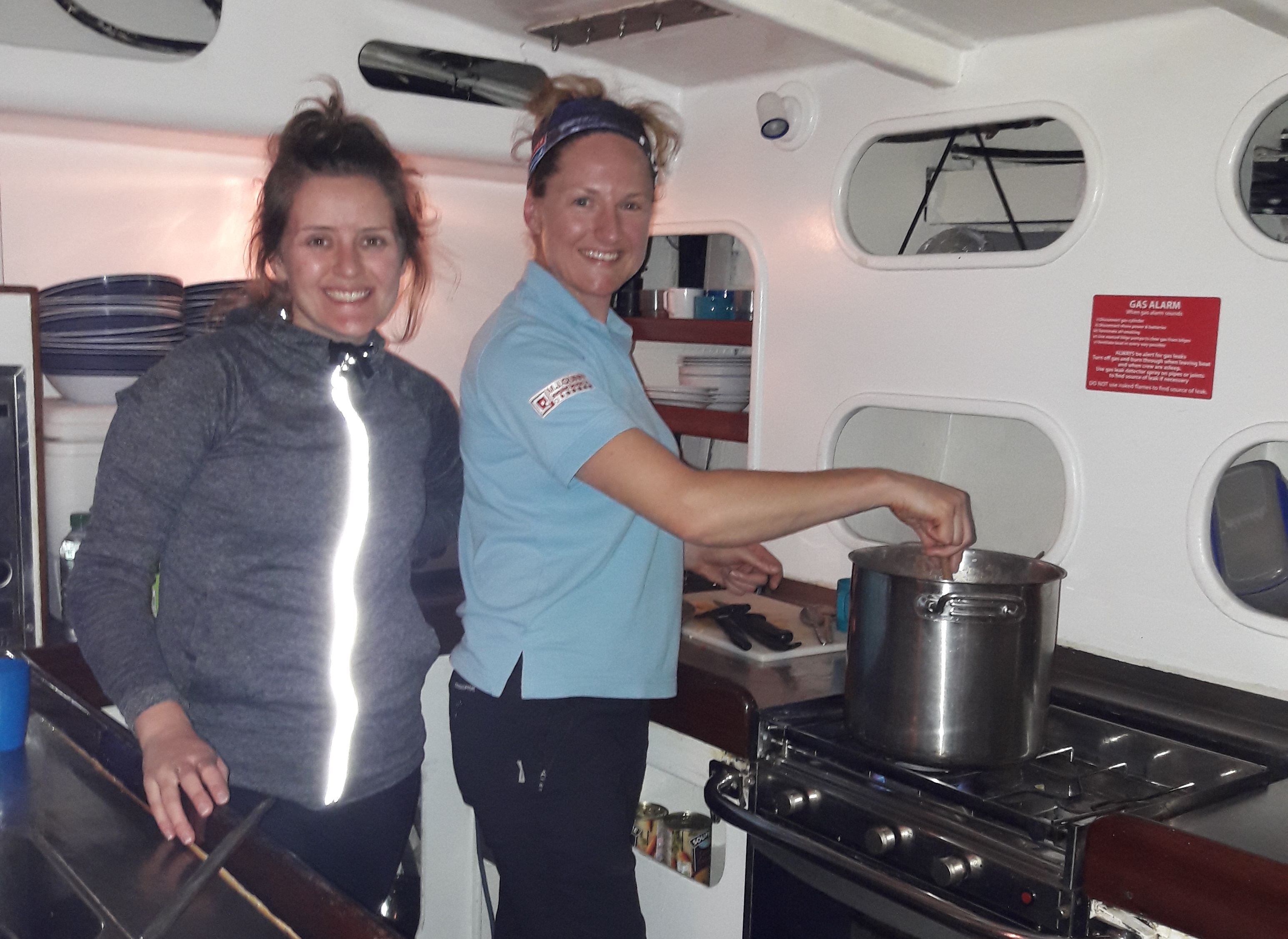 After completing a further two levels of training in Gosport, UK, Bex has one final week to do before she heads out to Qingdao in March to begin her ocean voyage. She says: “Completing the training so far has given me a really good insight into the race, and what skills I'll need on the boat. After a few months gap it'll be great to get a refresher on Level 4 just before I join the race boat in mid-March. As my departure date gets closer I get more excited, with a hint of scared, contemplating the challenging conditions of Leg 6. It will definitely be the highlight of my 2018!”

Leg 6 will begin from Qingdao on 23 March and the Clipper Race fleet is expected to arrive into Seattle during the Arrival Window between 14 – 19 April. You can follow Bex’s adventure on her Facebook Page and you can contribute to the two charities that she is fundraising for (The Firefighters Charity and Unicef) by visiting her JustGiving Page.