The Clipper Race has long been a fixture in Zheng Yi’s life. Zheng Yi, otherwise known as Frankie, just turned 24 years old and is from Qingdao, China. This Chinese city has been included on the Clipper Race route for eight editions, making it the longest serving Host Port and Team Partner in the global sailing event. And this special relationship between the Clipper Race and Qingdao Organising Committee has helped ordinary people from Qingdao to do something extraordinary with their lives.

It was here where Frankie first saw the fleet arrive into his home city when he was just nine years old. And that sight inspired his dream to become an ocean racer in the Clipper Round the World Yacht Race and follow a career as a professional sailor. 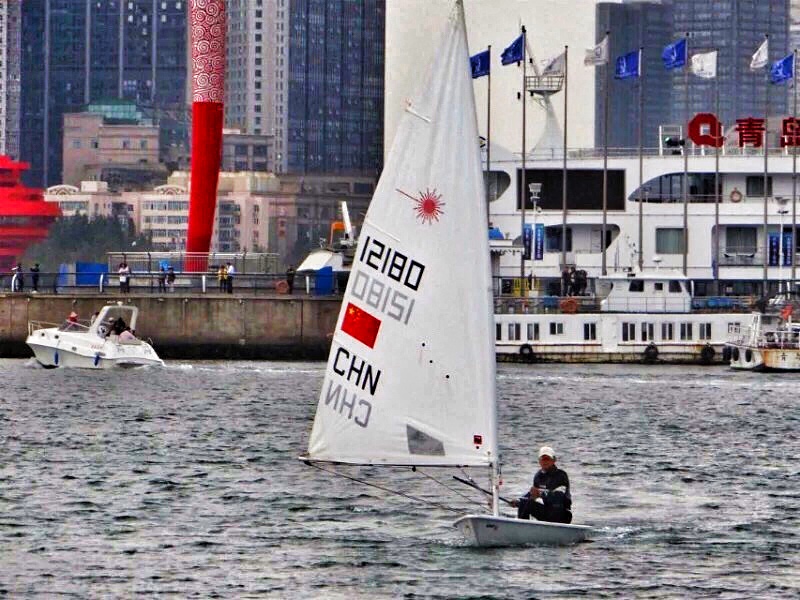 Frankie started his sailing career in his home city of Qingdao

Frankie was first chosen as a Qingdao Ambassador in the Clipper 2017-18 Race after excelling within the Qingdao sailing development programme, taking part in the first stage, sailing from Liverpool, UK to Punta del Este, Uruguay. It is an Ambassador’s responsibility, along with being part of the Race Crew, to represent their city as the team races around the world. The youngest Ambassador to be selected at just 20 years old, Frankie said at the time: “My passion for sailing started because of Clipper Race, which I consider as my inspiration, and over the last ten years, sailing has brought me great joy and memories. 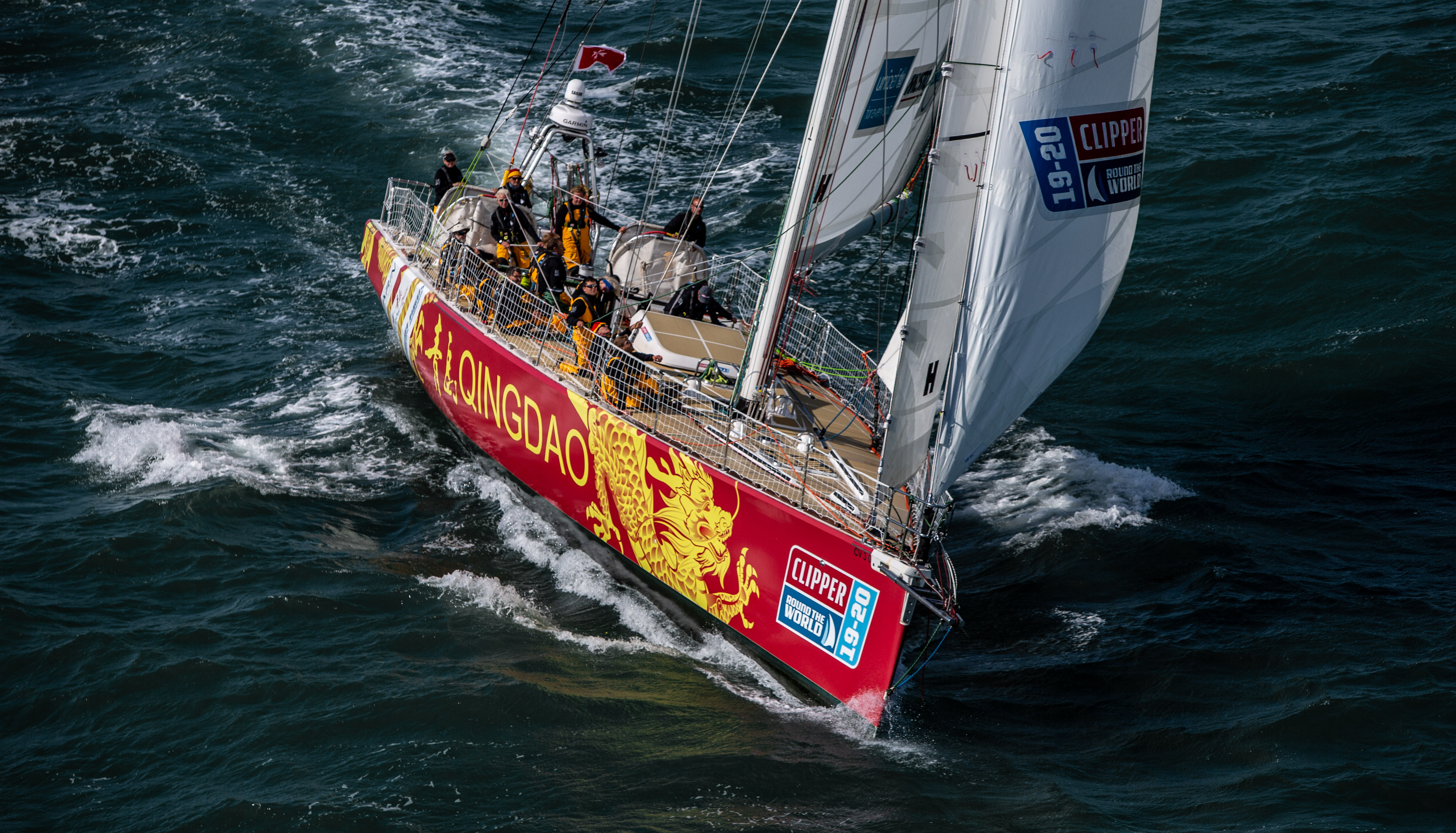 The sight of the Chinese flag as the Qingdao yacht’s Mainsail was being hoisted was the moment that cemented his courage and determination to give all he could to his team and the race. Initially shy and self conscious about his English skills, Frankie felt the honour of representing his city and country as he sailed across the Atlantic Ocean and became determined to return to the race as a circumnavigator. 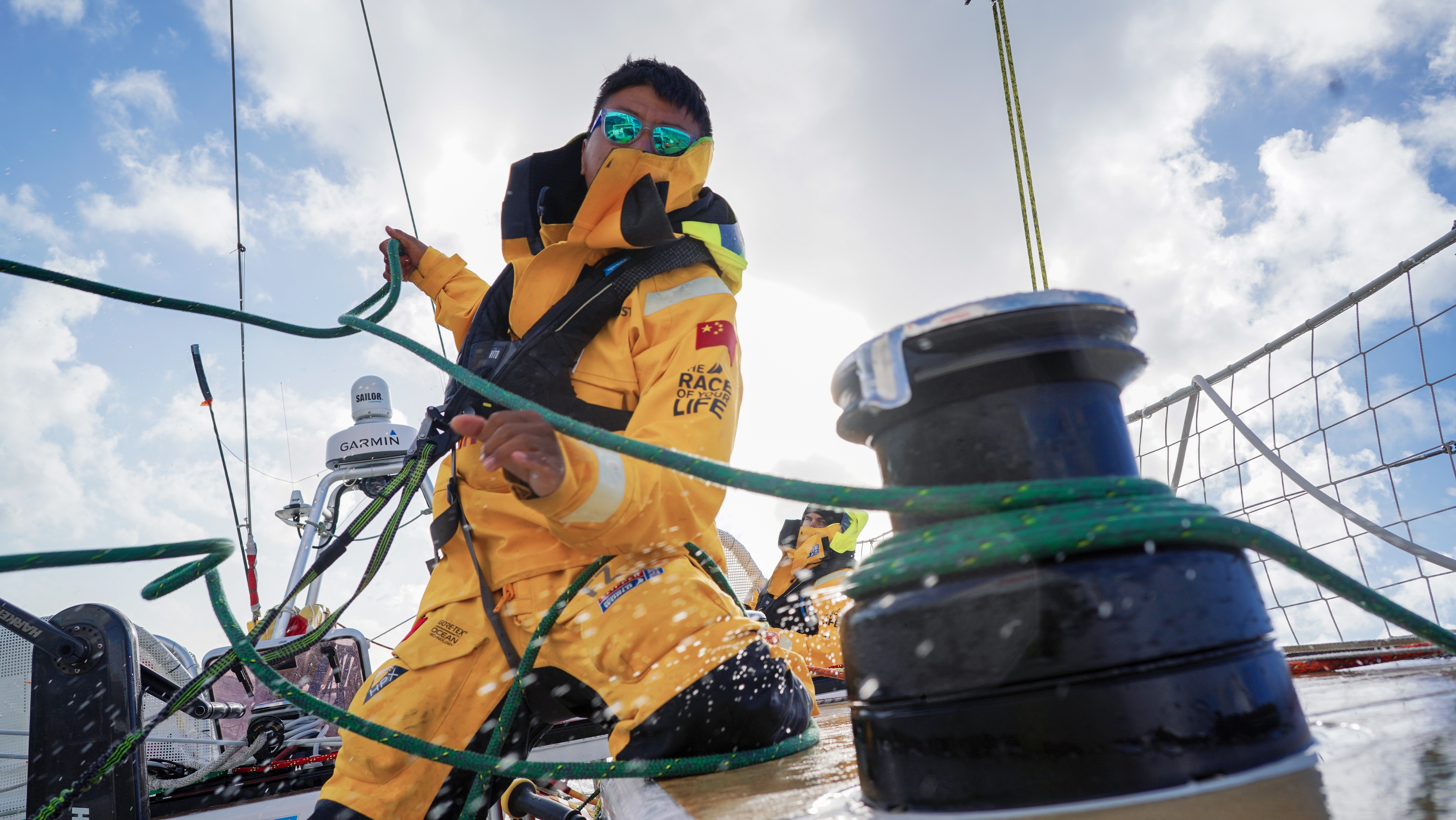 He achieved this goal after being selected again for the Clipper 2019-20 Race, this time as a round the world Ambassador who would be sailing 40,000 nautical miles with his beloved Qingdao team. Again, he was the youngest of the team’s Ambassadors.

His confidence, drawn from his previous race experience and his job as a sailing instructor, led him to be selected as a Watch Leader, by Qingdao Skipper, Chris Brooks. And is now an experienced helmsman, one of his happiest places to be on the yacht. 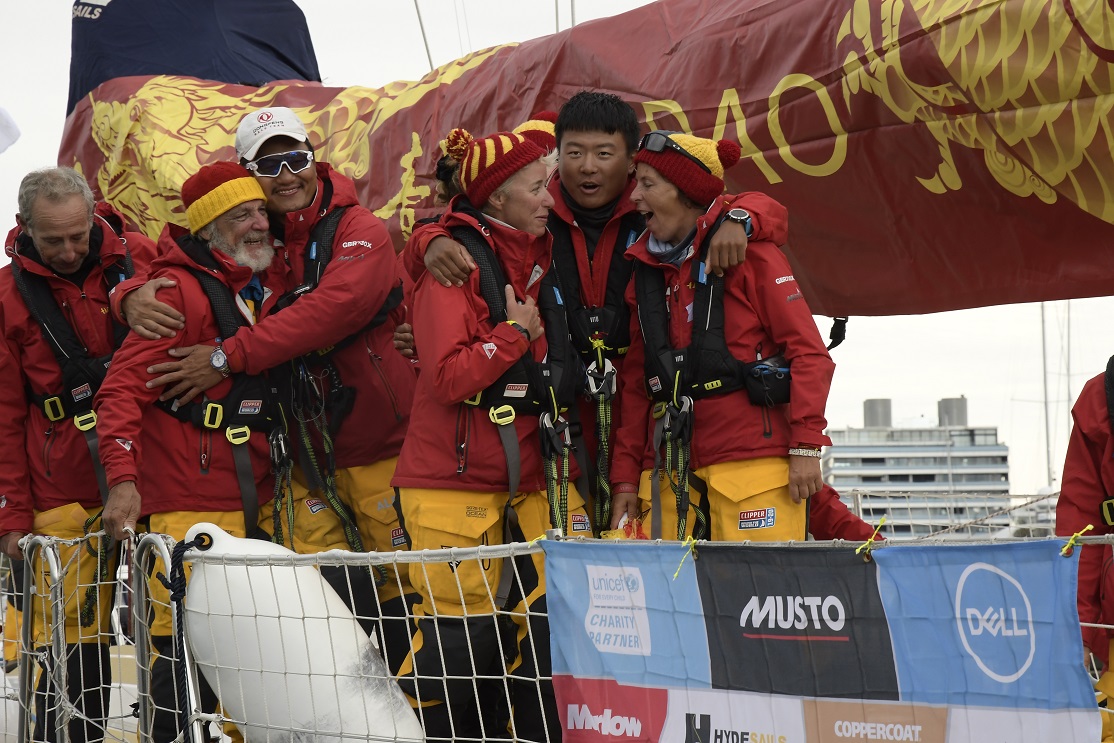 The Qingdao team currently tops the Overall Leaderboard and has achieved four first place victories in the race so far. Each time the team is on the podium, you will hear Frankie lead the team in its cry of “Qingdao, Qingdao Qingdao, Jiayou, Jiayou, JIayou!” 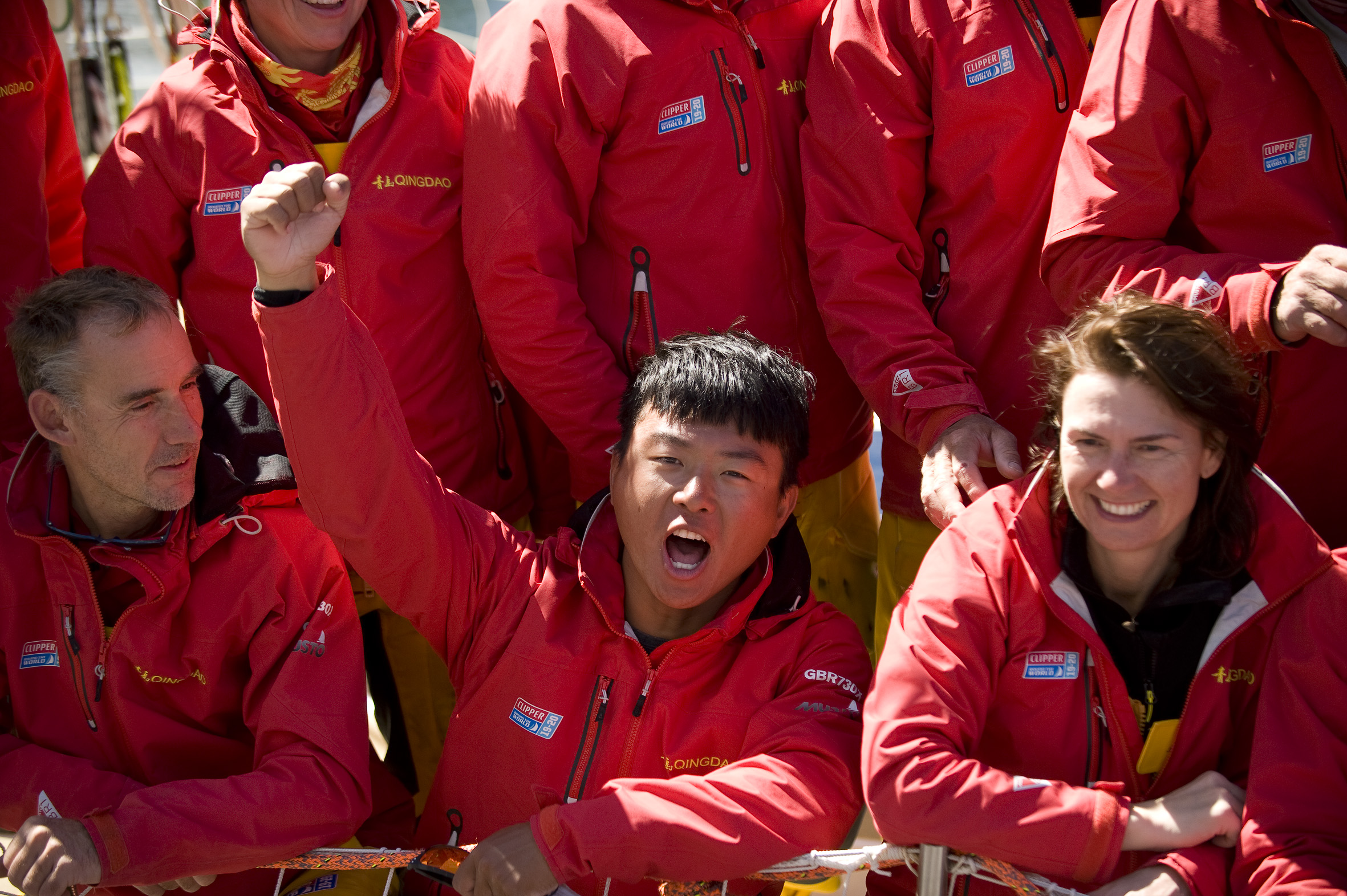 Since 2006, Qingdao has had a successful programme of Promoting Sailing in Schools and Frankie’s wealth of experience in this sport is testament to Qingdao’s status as China’s sailing city. Says Zhang Min, Director of Qingdao Major International Sailing Events (Festivals) and Organizing Committee Office: “As an outstanding representative from this programme, Frankie’s growth reflects the tracks of development of many young sailors in Qingdao.

“By 2019, 107 sailing schools have been established, with more than 33,000 teenagers trained. As a born and bred Qingdaoer, Frankie took advantage of the excellent environment achieved through establishing ourselves as a Sailing City. Frankie started his professional sailing study and training and joined the Qingdao sailing team, then the Shandong provincial team, and became a professional sailing athlete.” 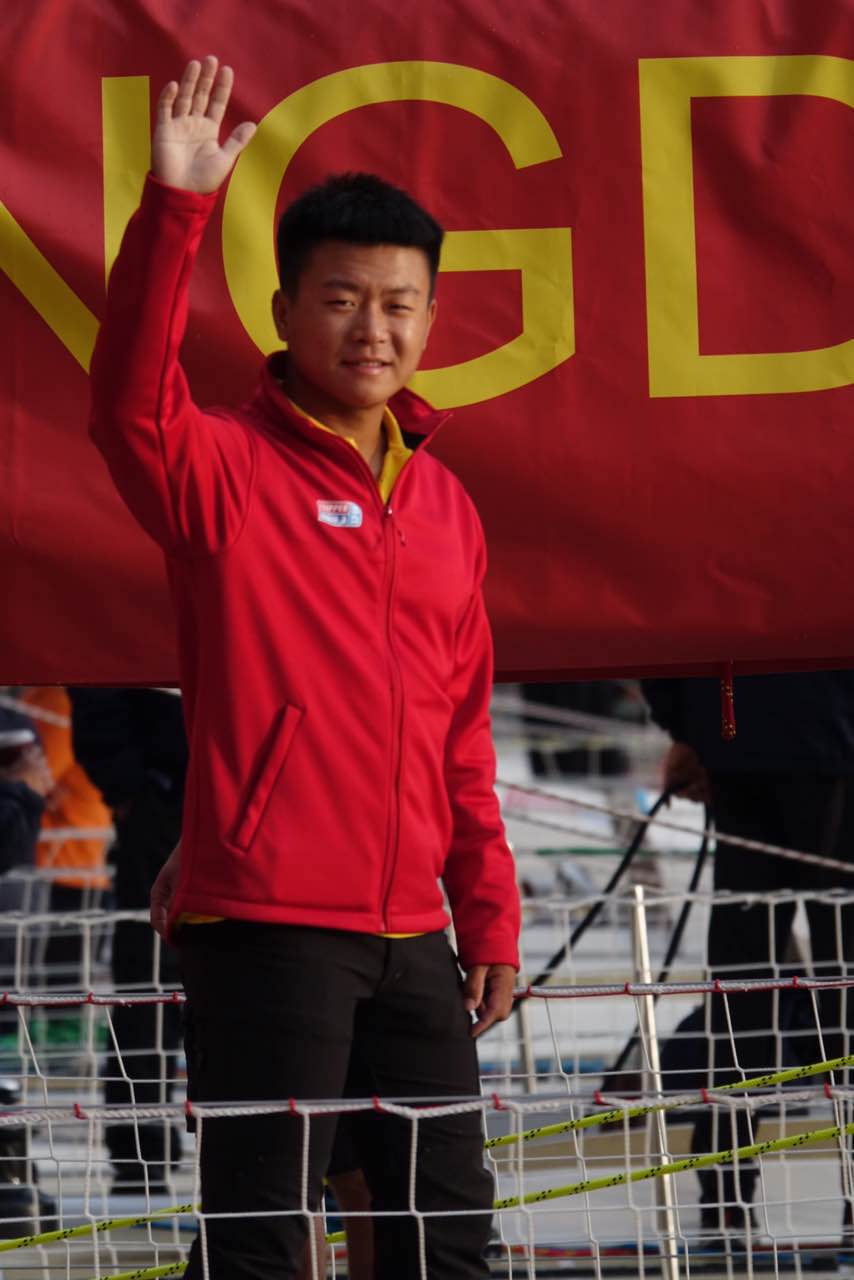 Continues Zhang Min: “Qingdao has cultivated many professional sailing athletes like Frankie Zheng through its sailing programme. We wish Frankie to achieve his ambition to be the first Chinese Skipper in the Clipper Race in the future and realise his dream of a round the world voyage to conquer the ocean of stars.”

The Clipper Race will resume in February 2021. After not being able to stop in China due to the global outbreak of Covid-19, the Clipper Race will be visiting all three Chinese cities on its original Clipper 2019-20 Race route. This means that Frankie will fulfill the ambition of his nine year old self and sail into his home city, then complete his round the world adventure, and join the special Clipper Race club of circumnavigators.

In celebration of Earth Day 2020, we are shining a spotlight on Clipper Race Partners who remain committed to implementing…

Insights from Sir Robin, a person who chose extreme isolation

Clipper Race Founder and Chairman, Sir Robin Knox-Johnston, shares his insights on how to make the most of being in isolation:“Isolation can be incredibly frustrating. But it does not have to be. People ask how did I manage 312 days alone at sea, but the…