As celebrations continue for the Leg 6 crew who arrived in Seattle after 36 days at sea, enduring the testing conditions of The North Pacific, the Leg 7 crew have arrived to a warm welcome ahead of the tactical USA Coast-to-Coast leg which will begin on Saturday 30 April.

The event, which was held at The Marriott Hotel, Seattle on Monday 25 April saw Race Crew be welcomed into their teams with open arms - some of which are doing the full circumnavigation, some one or two legs - all experiencing the race of their lives.

Leg 7, which comprises two races from Seattle to Panama, and then to Bermuda, will see the fleet set off some two years later than originally scheduled due to the pandemic, and the excitement of being back racing clear on everyone's faces! 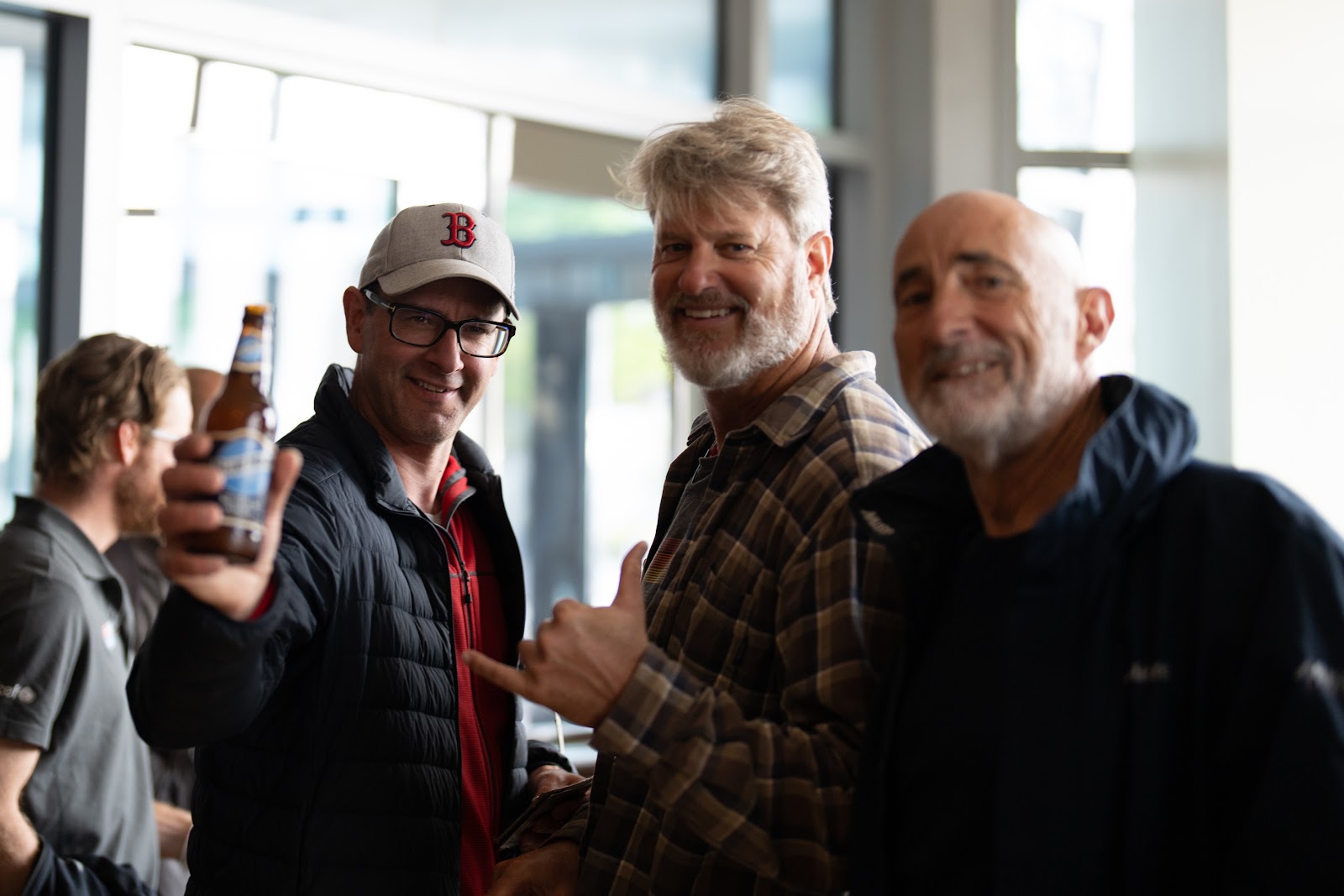 Founder of The Clipper Race, Sir Robin Knox-Johnston welcomed everyone, saying: "There will always be a little apprehension before a race. One thing I want to get across is if you aren’t certain about something, ask! Our objective isn’t just racing, it’s to turn out seamen and the essence of good seamanship is safety - it’s all about safety."

He sent the crew off with his advice saying: “Take it seriously but at the end of the day this is all about doing something extraordinary, that a lot of people will talk about doing but they don’t get as far as doing it - but you are! I want to hear you say ‘it’s the best thing I’ve done…so far’ and then I know we’ve changed your life! Have a great time!” 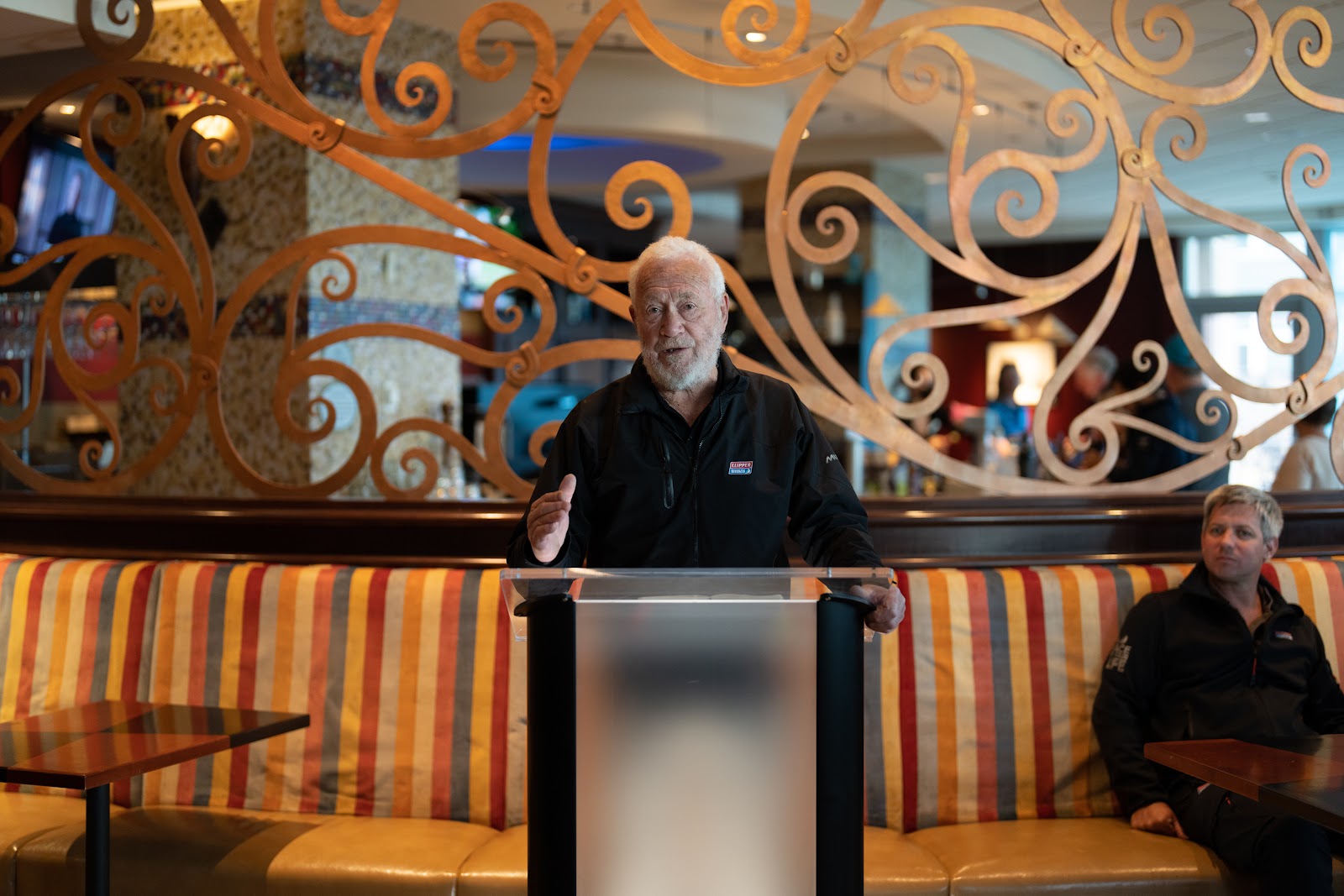 “I really love being on the water and I knew I wanted something to test me and be different from normal life. It’s a bit cheesy but I was on the tube on New Year’s Eve after dinner and drinks and saw the ad - I sent off for the brochure and I was hooked!” 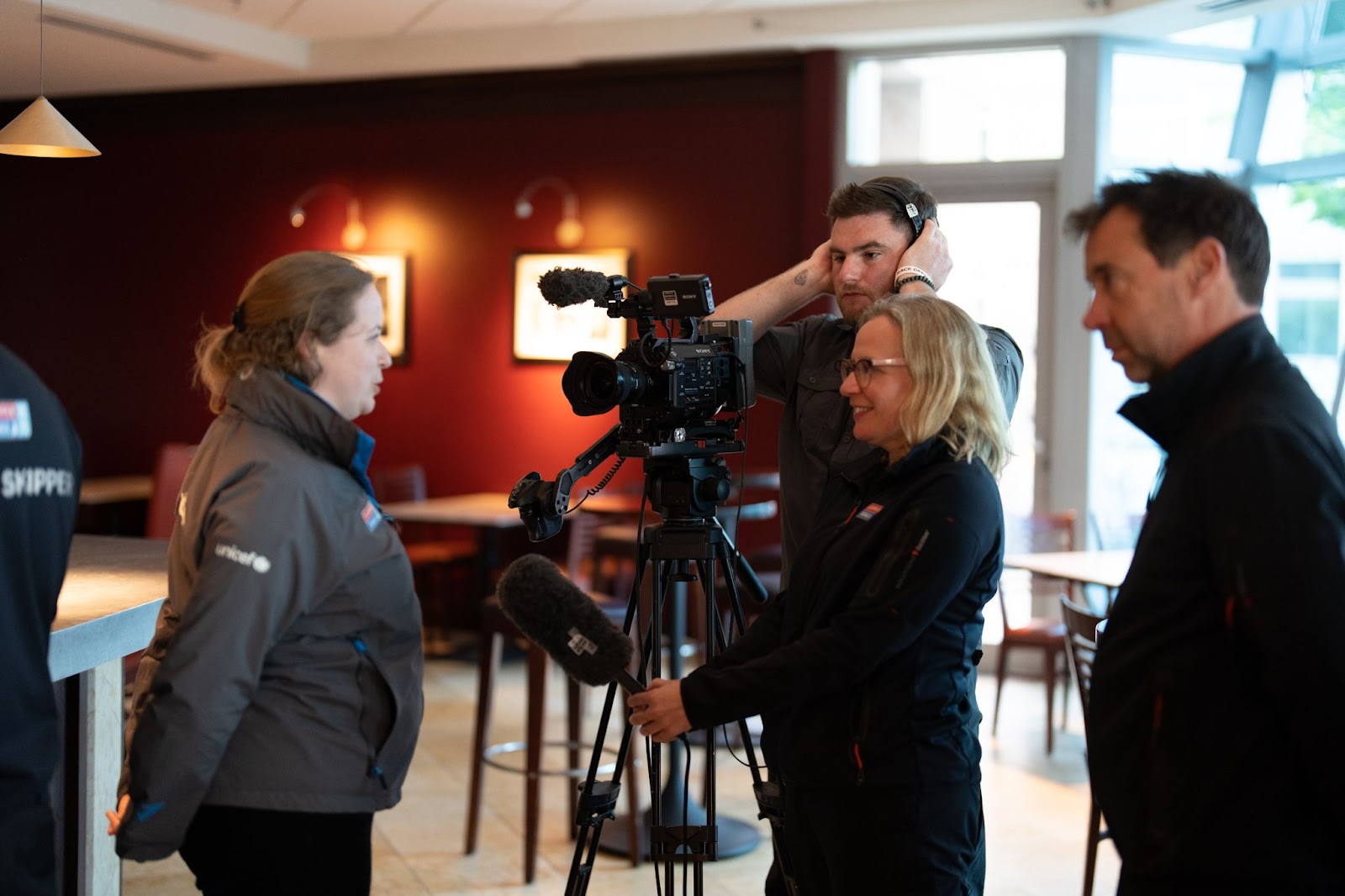 Being in Seattle, ready to race, after such a long wait due to the pandemic, she explained: “It felt surreal to see Unicef come in the other day - it’s been so long since we saw the boats leave London. It has suddenly become very real! My family is a little bit confused as I had never sailed before, and my husband thinks it’s awesome and will be meeting me along the way!”

On the race ahead with her re-acquainted crewmates she said: “I’d say I am not a competitive person - but that's probably a lie! I hope that we bond together as a team and get through it well - it’s really cool to be on the charity team - we’ve done amazing with fundraising.” 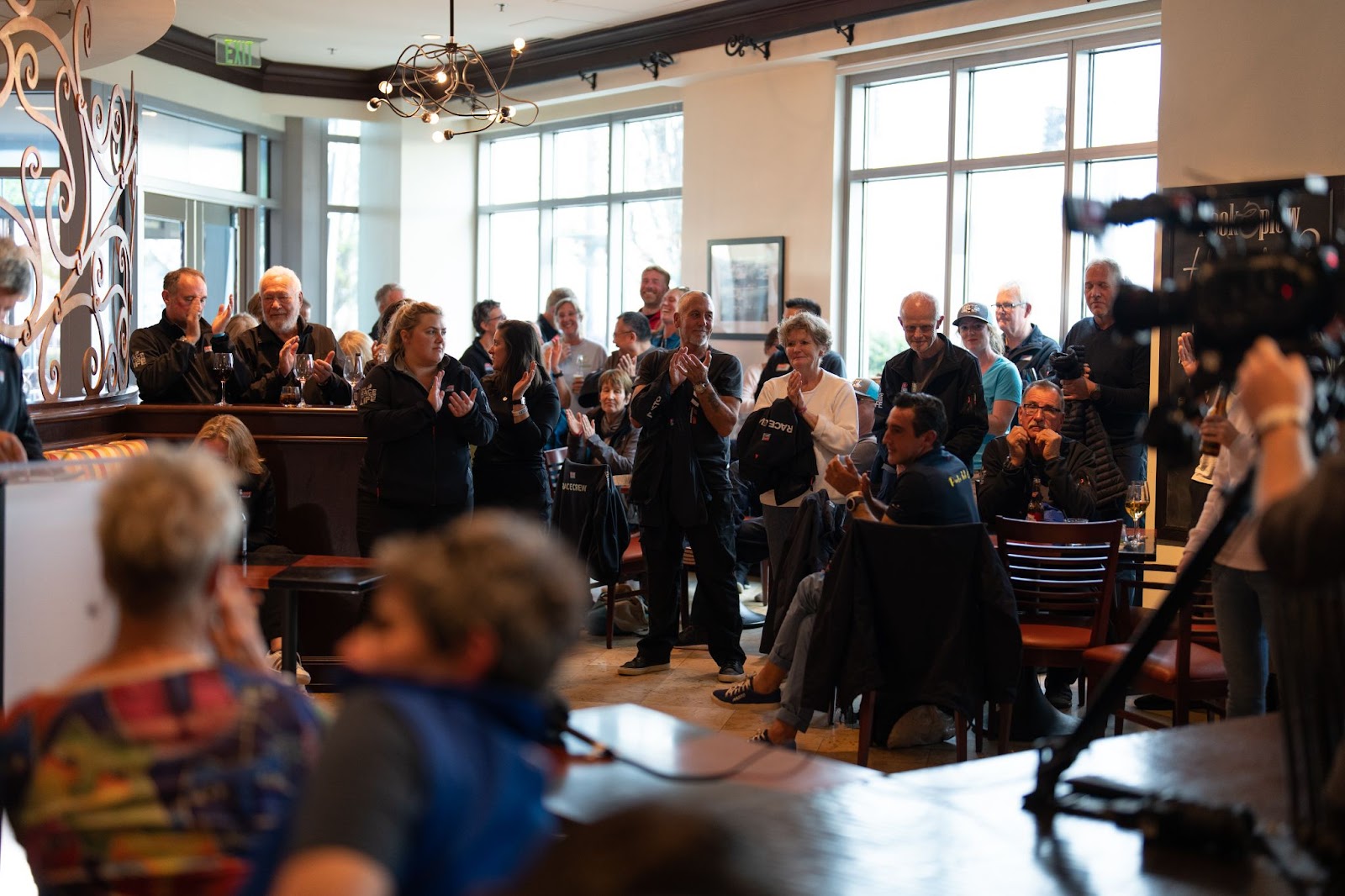 Image: The Leg 7 crew at the event

Tim Moody from Worthing in West Sussex, also sailing with Unicef shared his reason to race: “I got to a place in life where I wanted a different adventure and this felt like something really exciting that I could do with a team rather than on my own. It’s been a tough journey to get here. I helped with the delivery of the boats to St Katharine Docks, and saw them off from London, and I was injured at the time, I needed an operation and wasn’t sure if I’d be able to join the race. Covid hit and of course very difficult for many but in some ways good for me as I was able to recover and now I’m here - something I didn't believe I could do! Now we’re here and it’s going to happen!” 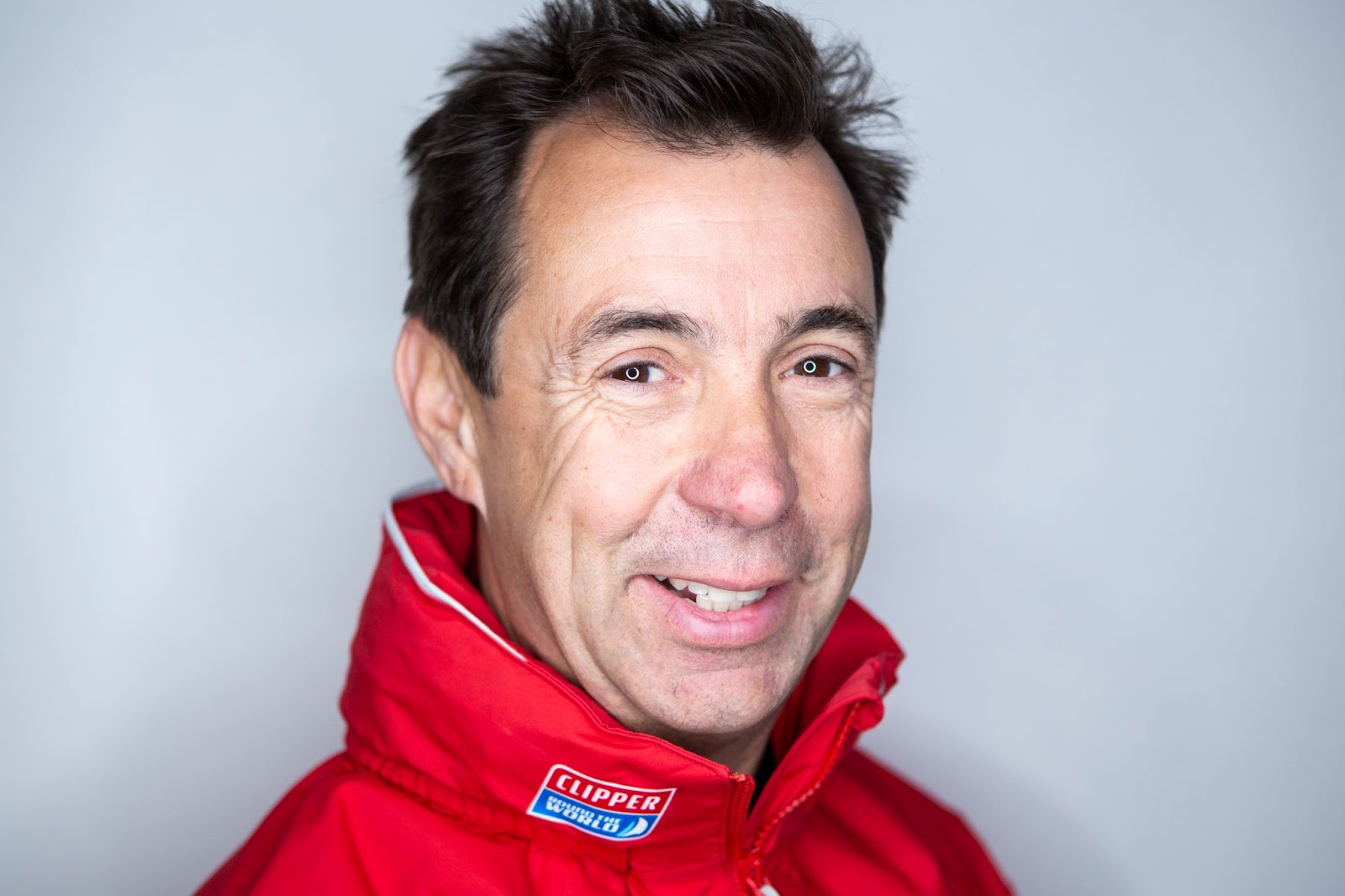 Having spent a lot of time working in China, Tim comments: “The Chinese crew on the race are amazing - I was with them for training and trying to bridge the language barrier is amazing. I have many friends now from various Chinese locations - they are great people really enjoying the experience!”

On being new to sailing, he adds: “It’s hard to go from knowing a lot about things and doing things well to learning and pushing myself into things outside my comfort zone - it will be tough but a good way to develop. I’ve learnt to be humble and knuckle down. I’m nervous but we need to get going now!” 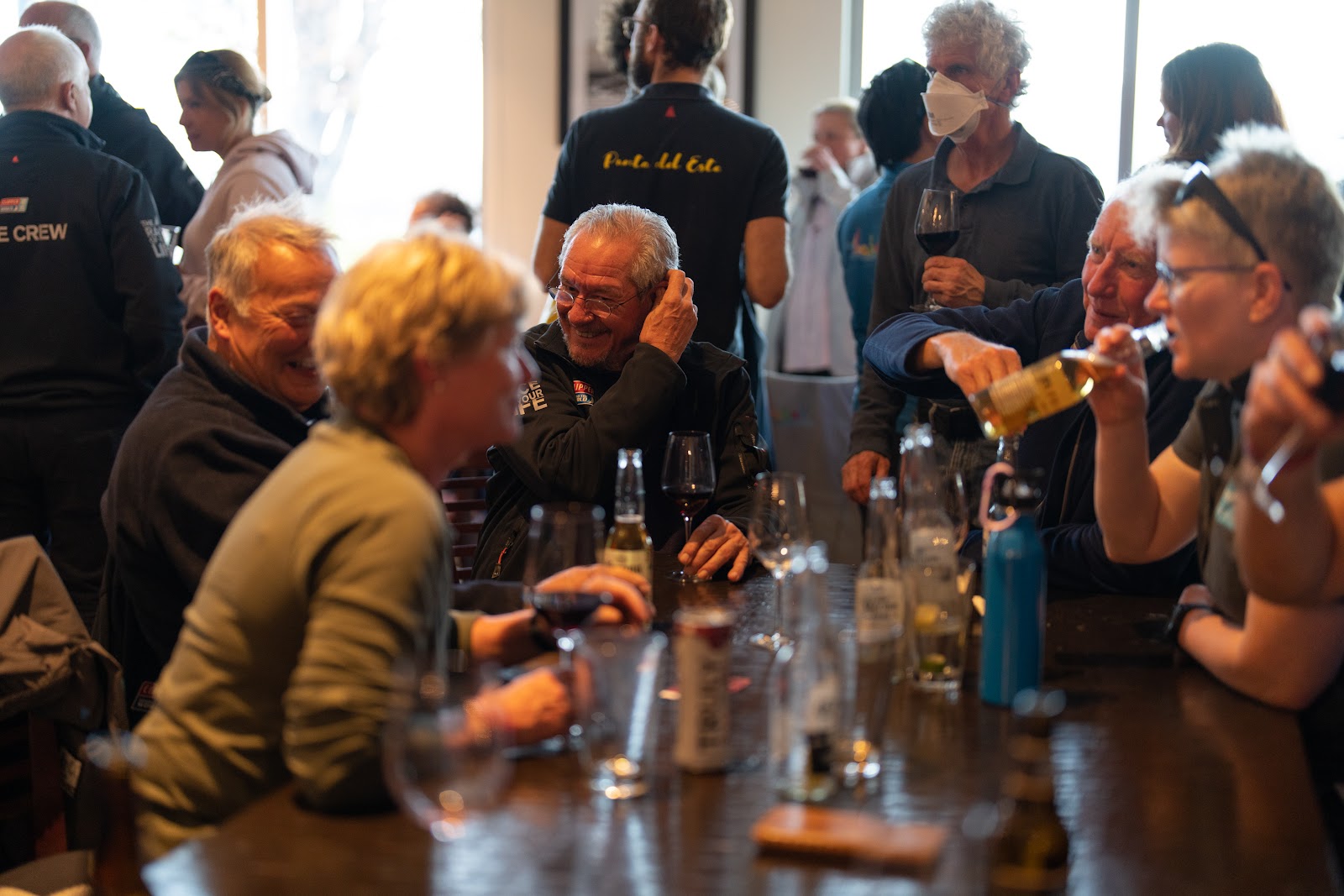 The race will begin from West Coast USA, down to the engineering marvel that is the Panama Canal and up the East Coast, where the crew experience a host of varied conditions and a vast array of wildlife.

Watch how the race unfolds via the Race Viewer.