Following the relief of getting to port after an incredibly tough and emotional leg, now officially known as the most challenging in Clipper Race history, tonight it was time for the Clipper Race fleet to come together and celebrate each other’s achievements.

Ahead of doing so however, the entire race crew joined on the grass outside the Fremantle Sailing Club for a memorial service for Simon Speirs who tragically lost his life at sea in this race. Led by a Chaplain from the Mission to Seafarers, words were read by Tessa Hicks, GREAT Britain round the worlder, and Skipper Andy Burns, with a moving tribute provided by Simon’s family and read on their behalf.

Later on as crew moved to take over the Sunset Deck of the Fremantle Sailing Club, (FSC) Clipper Race Director Mark Light opened proceedings, saying: “It’s lovely to be in Fremantle. I would like to thank the FSC’s Commodore Bill Burbidge, General Manager David McClelland and everyone connected with the club who have made us feel so welcome here.” 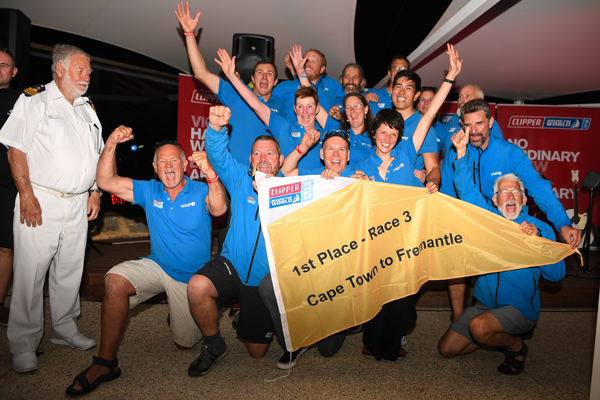 An indigenous welcome to country, came next in which crew were told: “Welcome, hello, beautiful friends. Give yourselves a clap because you have come a long way over the Southern Ocean. How good are you, men and women who have done that.

“I’d like to acknowledge the boss man who looked after the people. I feel really good spirits here so I want to tell you, I asked for the beautiful spirits to be with us and be with you all and keep you safe, not only today, but also tomorrow as you voyage across the water to our other indigenous people here in Australia.”

On the podium, the big race celebrations of the night were of course for the podium winners, Unicef, second placed GREAT Britain and third placed PSP Logistics, with all three teams taking to the stage to officially claim their pennants. 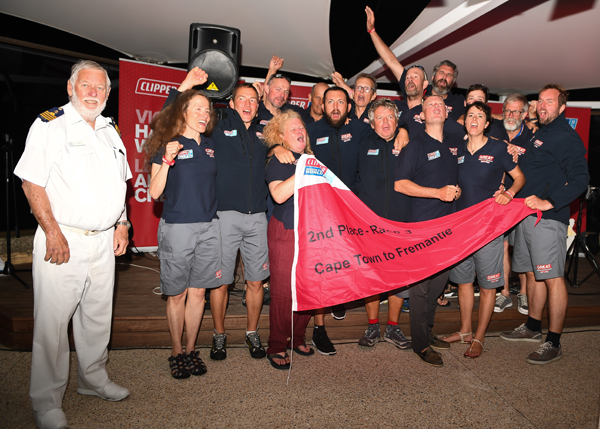 Prize Giving night is about so much more than just winning the races however. Also handed out during the evening were the important awards recognising the Unicef Charity Champion, the Henri Lloyd Photo Competition and the Stormhoek Social Spirit Award. Also as per tradition, all crew departing the race here in Fremantle were invited to the stage to have their efforts recognised. 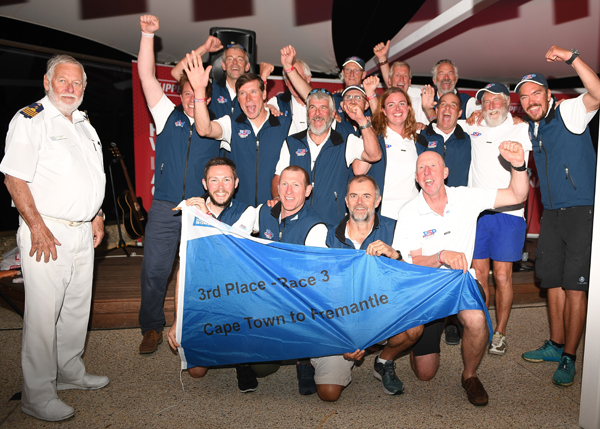 Winner of the Charity Champion Award for this race, is Gareth Osborne of Liverpool 2018. He was recognised after raising £20,010.00 from a couple of regattas he organised with his company which involved a couple of hundred people at each event over the last two years, generating £10,000 per event.

Accepting the award, Gareth said: “It’s nice to be recognised because I think the most important thing for us is that we’ve raised a lot of money for Unicef. I think if you are going to raise money for anyone, raising money for children has to be the right thing to do. Unicef changes lives forever, and I think that’s why they are such a good partner for the Clipper Race.”

After some online voting and judging, the Henri Lloyd Photo Competition Award, and £100 for the team’s crew fund, was officially given to Nasdaq’s Philip Wilkinson who captured an electric image of a lightening bolt behind the helm during a storm on Day 2 of the race. 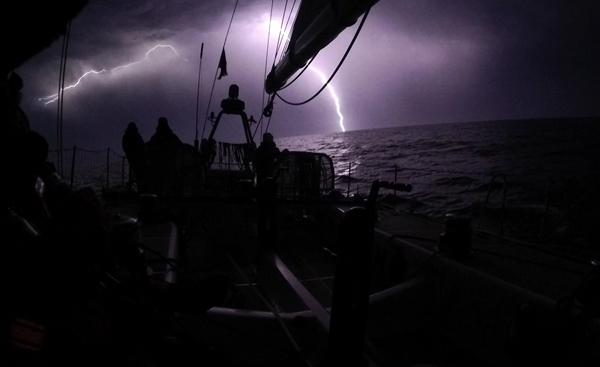 Phillip said: “I think this race brings out the best in all of us. We get to see some of the most beautiful things in the world whilst we are facing some of the most dangerous conditions that Mother Nature can give us. So, even when we go through the hardest things those little moments that we get, where we see the beauty of Mother Nature is fantastic.”

The Race 3 Stormhoek Social Spirit Award was given to the entire Clipper Race Family following the way crew, the Race Office, and supporters pulled together to support each other during the tragic and eventful times during this race – which has been the toughest in the event’s 21 history.

Explaining the reason for the decision, Stormhoek Wines’ Bernard Fontannaz said: “From the very first day, events set this leg apart from any other we have experienced so far but in each instance we were so moved by the unwavering support, loyalty and camaraderie displayed every time the going got tough - not only by crew members but also by their supporters around the world.

“We have so much respect for all the supporters that despite accidents and bad news remain positive and always send messages of support on every conceivable platform. You only had to read the skipper diaries in the last week to understand just how much the messages mean. But it was Andy’s Skipper diary of 21 Nov that reminded us of why we are all involved with this race in first place. Andy quoted Jack London and wrote: The function of man is to live, not exist. I shall not waste my days trying to prolong them. I shall use my time.”

“We do not want start singling crews or Skippers out as we can never do justice to the many hundreds of messages and displays we have seen in that last four weeks. Every single Skipper, every crew member and certainly all the supporters showed us that the sum of the Clipper Race family is so much bigger than its parts. And for this reason, we would like to award the Leg 3 Stormhoek Social Spirit prize to the entire Clipper Race family.” 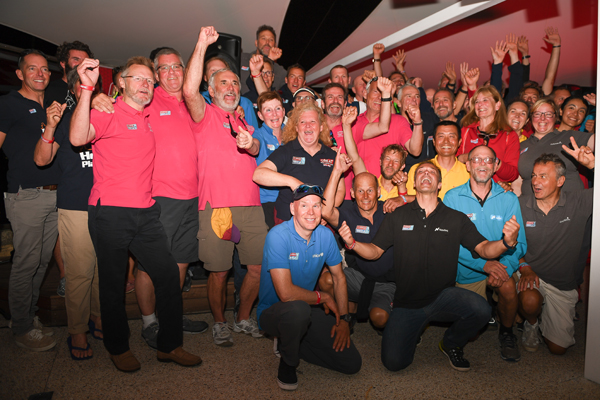 Bronwen Vearncombe, supporter and wife of John Vearncombe on Liverpool 2018 said: “It was amazing to hear that. It was like a tingle down your spine, we all knew how much we supported each other and other teams, and I think it is a pivotal moment in this whole race for me. I just feel that it has brought us together even more, which is just wonderful. Well done, great decision.”

Of course it is important to note that Qingdao doubled its eight race points for its 5th place finish as it elected to play its Joker Card for Race 3.

Now that all race and bonus points have been added to the leaderboard, it is now Qingdao which tops the overall race standings heading into the All-Australian Leg. However, with just one point separating the leaders from second place Dare to Lead, and just three points over third placed GREAT Britain, it certainly is tight at the top.

(Editor note: Whilst Greenings may still feature as sixth on the leaderboard, please be aware that Penalty Points for Race 3 are still to be applied!)