​An island-style prizegiving in Bermuda

The Bermuda Tourism Authority hosted the much-anticipated Leg 7 Clipper Race Prizegiving Ceremony at the Royal Bermuda Yacht Club. It was a dual event with Leg 8 joining crew also being welcomed with a spectacular sunset backdrop on the terrace. 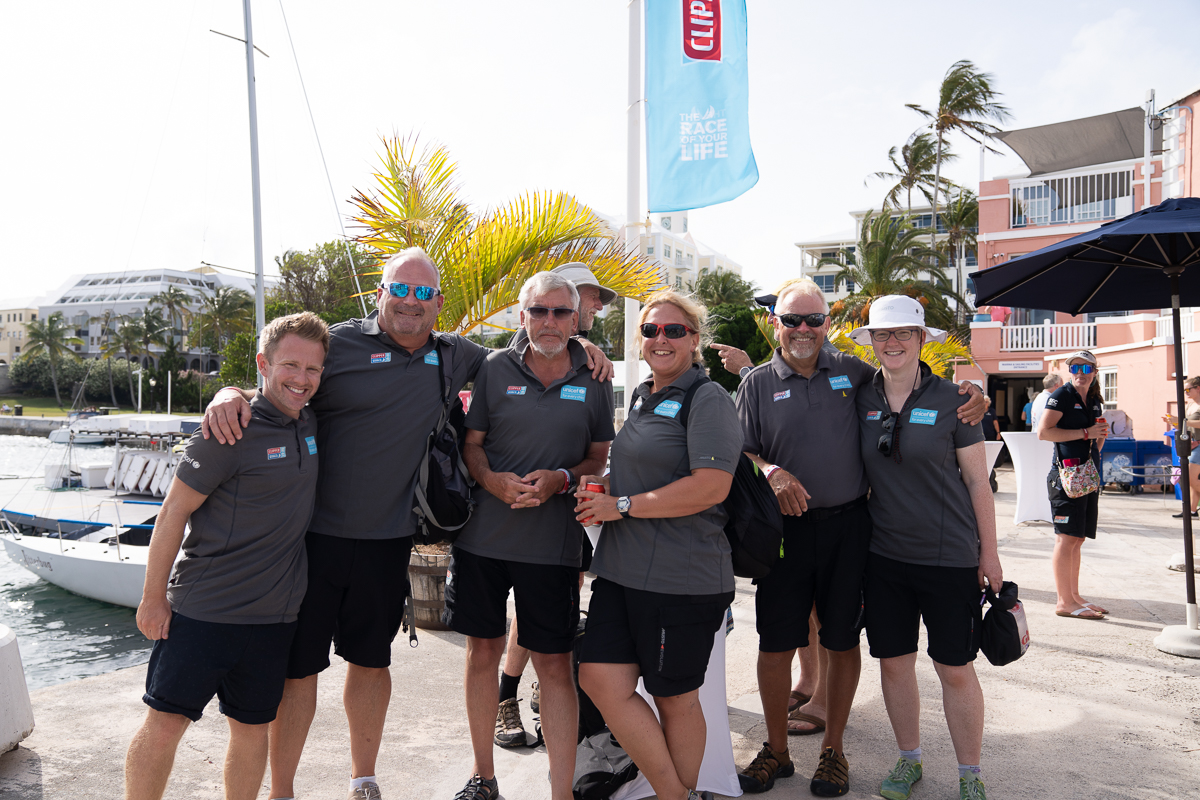 A local Gombey troupe kick started the celebrations with a dance performance welcoming the guests to the event. Remarks from Clipper Race Founder and Chairman Sir Robin Knox Johnston, and Tracey Berkeley, interim CEO at Bermuda Tourism Authority followed, congratulating the current crew on their feats and welcoming the new joiners to the race, who will be sailing on the final Atlantic Homecoming Leg. 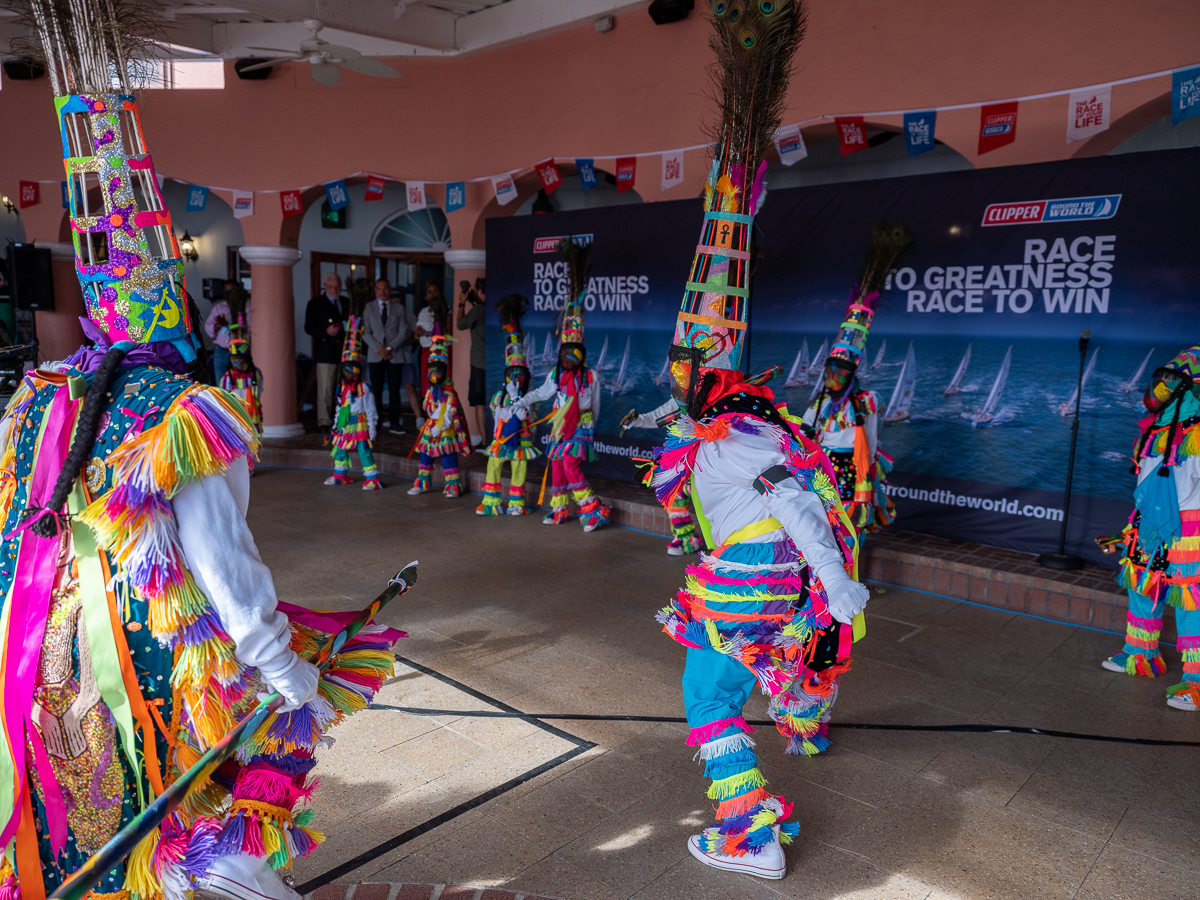 The first race to be celebrated in this double Prizegiving was Race 11: Seattle Pacific Challenge, where the fleet raced almost 6,000 nautical miles from Seattle (and in the case of the Qingdao team, San Francisco) to Panama. This was a tactical race starting off with some fast, downwind sailing in the North Pacific, through to lighter and more fickle winds down the coast of Mexico and Central America.

Ahead of the podium awards, the Race 11 Dell Latitude Rugged Ocean Sprint results were announced, with Qingdao taking the win. The full results were conveyed as follows:

Third place and one bonus point: GoToBermuda, with a time of17:21:36

The race featured some very close match racing between the yachts and a tense wait for the final results as elapsed times were calculated. Ha Long Bay, Viet Nam were crowned winners, adding yet another win in the Clipper 2019-20 Race, bringing its total up to three, and seven podium positions so far- a fantastic achievement. 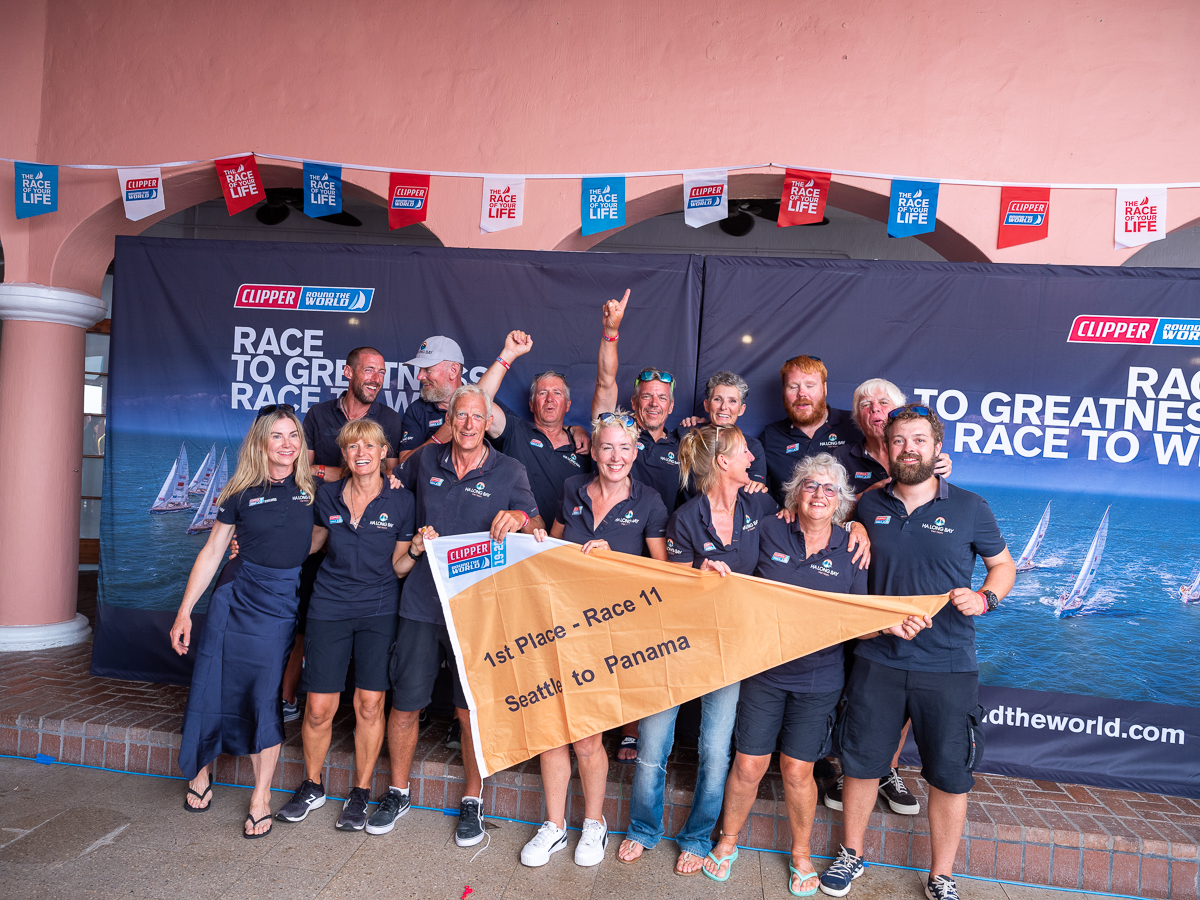 Punta del Este claimed second place and GoToBermuda in third- with the team clinching its first podium place in the race- a great achievement and even sweeter when celebrating on home soil. The prizes were presented by officials from the prestigious Royal Bermuda Yacht Club. 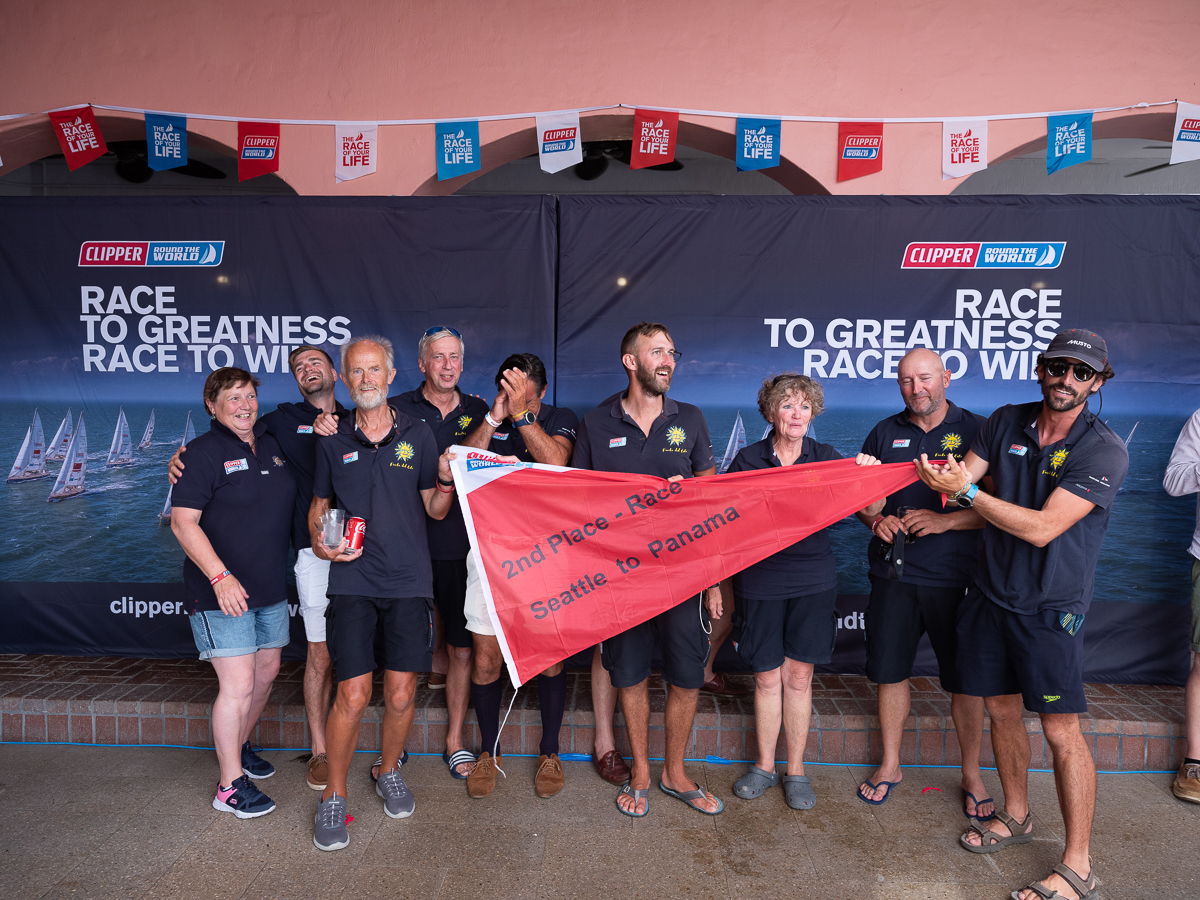 The Media Prize for Leg 7 was announced, which celebrates the brilliant videos, photos and blogs captured by the crew whilst at sea, giving the world an insight into life on board during the race. Picking a winner is never easy for the Race Organisers, but in this Race, Maddie Church and Zheng Yi, known as Frankie stood out with their fantastic wildlife captures. Next came the Unicef charity announcement. The current Unicef fundraising total so far for this edition of the race is an impressive £347,099.98, and the three teams raising the highest amount so far are:

Further to this, the Unicef Charity Champion was announced, and this special award went to Lindy Scarborough, a Race Crew Supporter of CV31 Unicef. Lindy has been busy in her workshop crafting beautiful silver jewellery in the shape of Clipper 70s. All profits from her necklaces and earrings have been going to Unicef UK and so far she has raised over £1000. 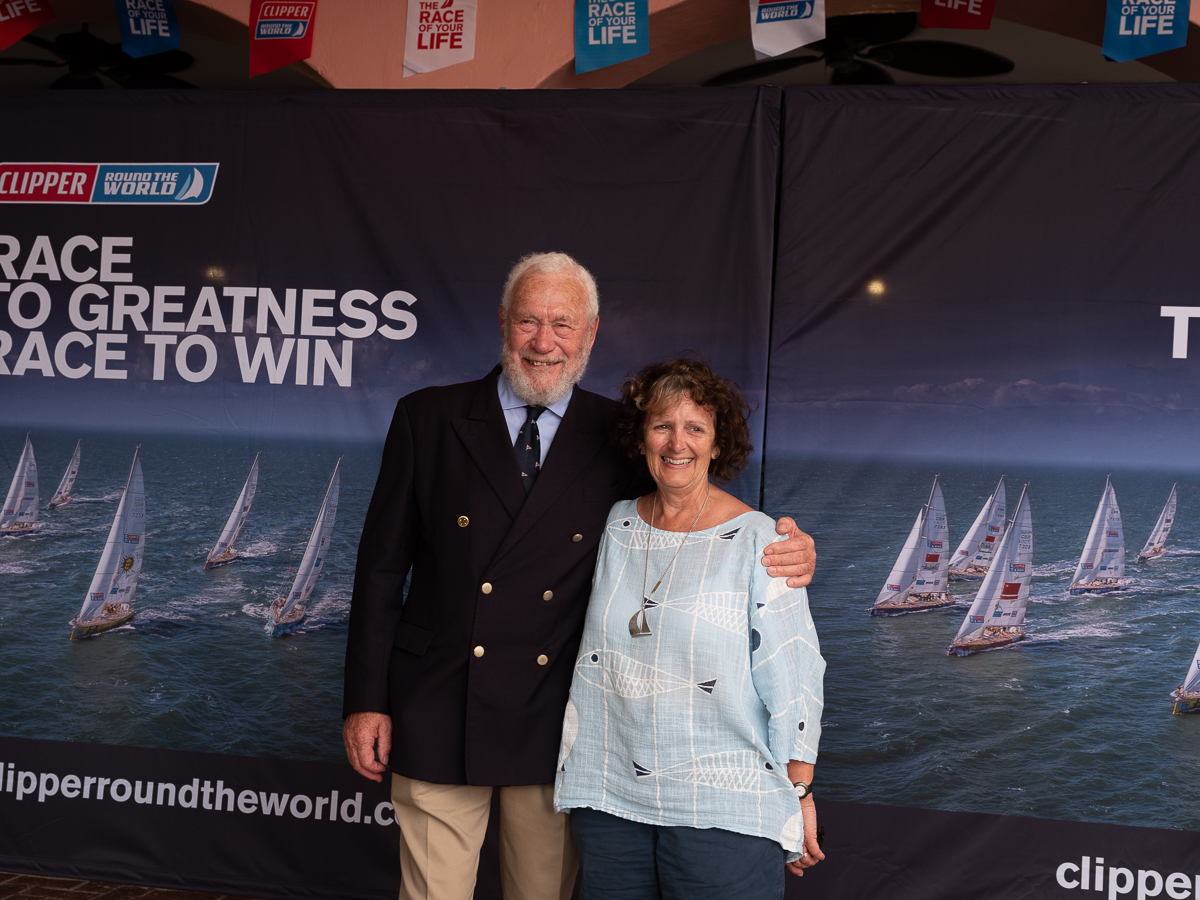 The results of Race 12: Go To Bermuda were next. First to be announced in this section of the evening was Race 12’s Dell Latitude Rugged Ocean Sprint results. Then Punta del Este took the win with the top three results as follows:

Third place and one bonus point: GoToBermuda with a time of 26:47:42

First place and three bonus points: Punta del Este with a time of 25:45:40

Next up, the podium positions were announced. This race was a real nail-biter as shifting conditions and wind holes, combined with tactical moves like Stealth Mode, meant that race standings were regularly shaken up. And with three teams (WTC Logistics, Zhuhai and GoToBermuda) playing their Joker it was set to be a highly competitive race.

Third place went to WTC Logistics, with their pennant presented by Tracey Berkeley, Interim CEO of Bermuda Tourism. In second place was GoToBermuda who received a huge cheer, with the team hugely ecstatic about their highest podium place to date and into their home port to boot. Vance Campbell, Minister of Tourism took to the stage to present their team with their pennant. Finally, the team from Visit Sanya, China, Race 12 winners, stepped on stage to celebrate their first win in the 2019-20 race, and were congratulated and awarded their trophy and winning pennants by Her Excellency Governor Lalgie. 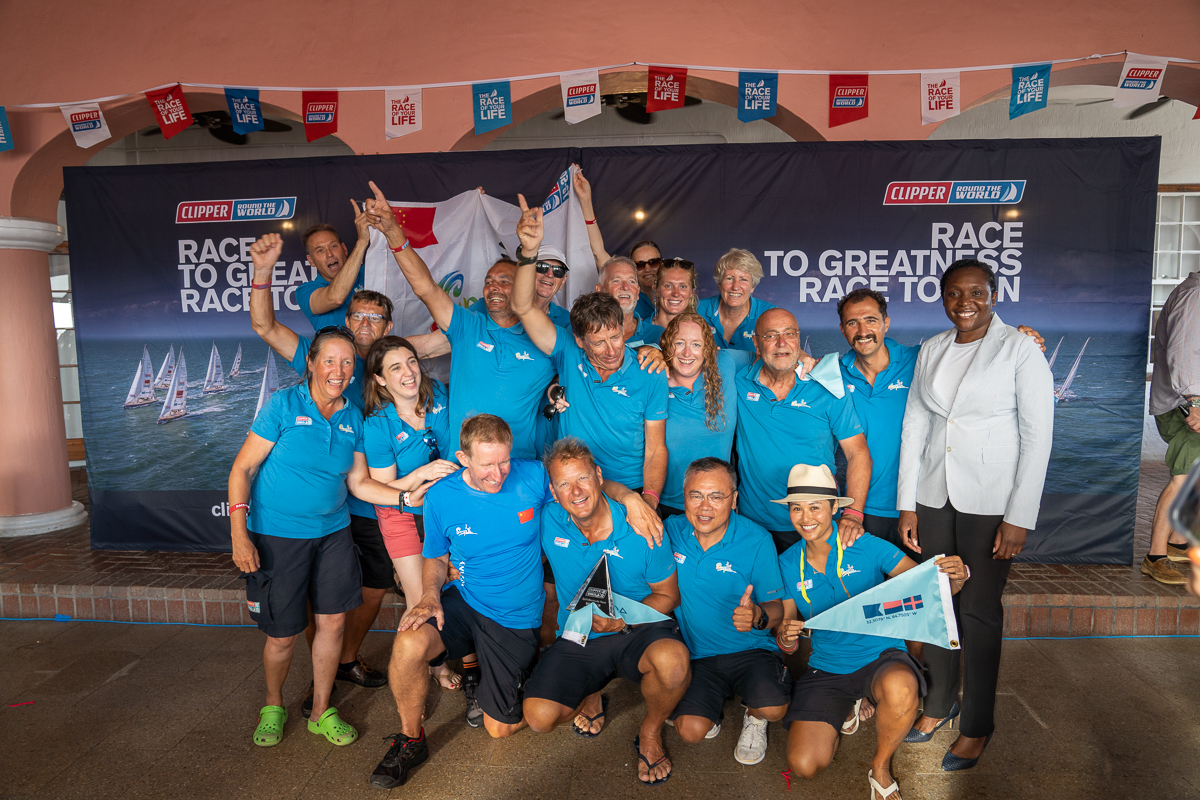 “With the excellent results that Visit Sanya, China has achieved over the years, the team has also made positive contributions to expanding Sanya's international audience. We hope that Visit Sanya, China will carry on with the good performance and continue to promote Sanya to the world proactively, and we expect the team to make greater contributions to support Sanya being a brand city with a world-class tropical waterfront profile and benchmark of international tourism consumption and an international tourist destination.”

Following a farewell to the Leg 7 crew leaving after this race, final speeches made, and thanks to a brilliant DJ set, teams and their supporters celebrated in true island style, with plenty of dancing and Dark n Stormys. 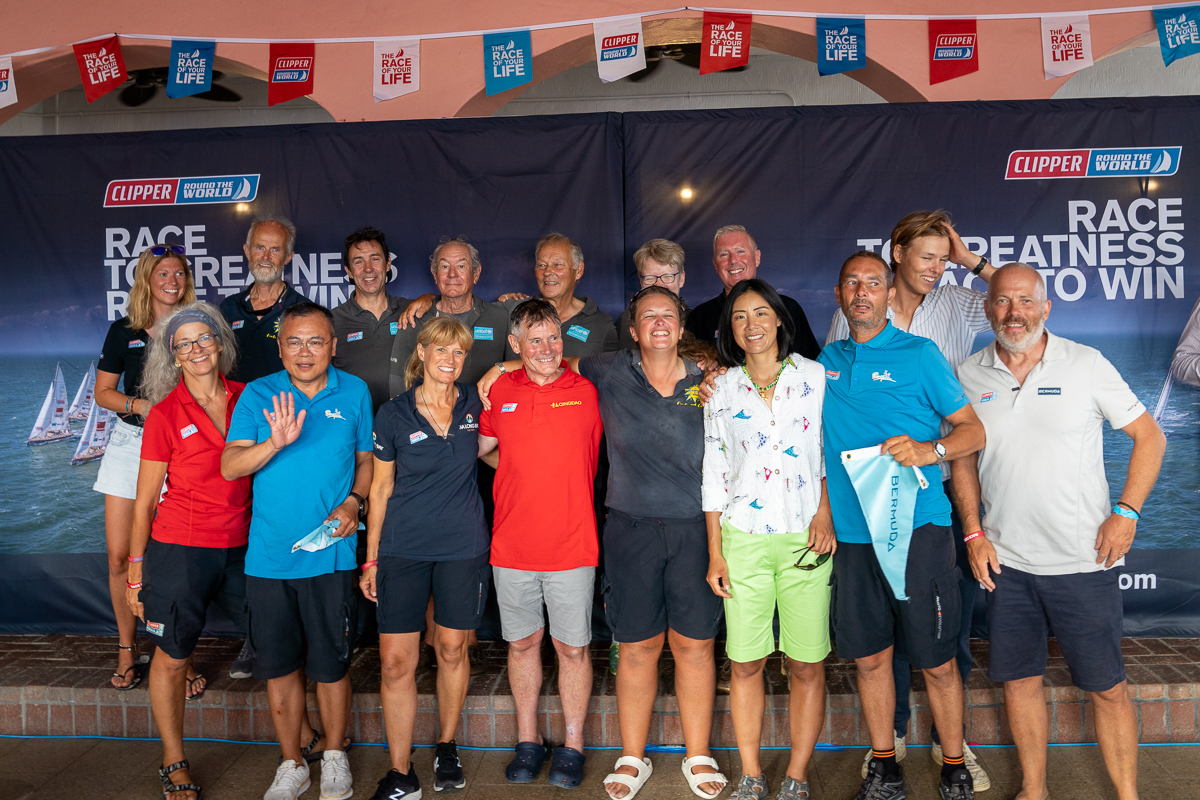 With the yachts now moored up in the Royal Bermuda Yacht Club, the teams will spend the next few days enjoying all the island has to offer, as well as taking part in a busy programme of stopover events, and of course preparing the boats for the final leg of the race: The Atlantic Homecoming Leg.

There were celebrations all-round as home team GoToBermuda scooped second place racing into its home port today.Aptly named Race 12: GoToBermuda, the race started with an offshore Le Mans style start on Saturday 4th June off the coast of Panama before heading through the Caribbean…

It was an action-packed day full of sun, smiles and Rum Swizzles as teams arrived into the Royal Bermuda Yacht…