Seattle completed Race 4, arriving into Fremantle on Wednesday 11 December, after 24 days at sea, crossing the finish line at 06:26:50UTC in eighth place.

It has been a varied Southern Ocean crossing for the Seattle team. Early stages saw them keep pace with the pack, before, around the tenth day of racing, a wave damaged the port helming station. This damage meant, in the conditions they were in they needed to stay on the same gybe which meant the team ended up further north than previously planned. On racing across the Southern Ocean, Skipper David Hartshorn said: “Whilst we didn’t face everything the Southern Ocean could have thrown at us, we did experience some really big weather. The crew bonded fantastically and should be proud of all they have achieved.

“As we rounded Rottnest Island this evening, the wind did us no favours, and we ended up seeing both sunset and sunrise over Fremantle, but it feels great to finally be here.” 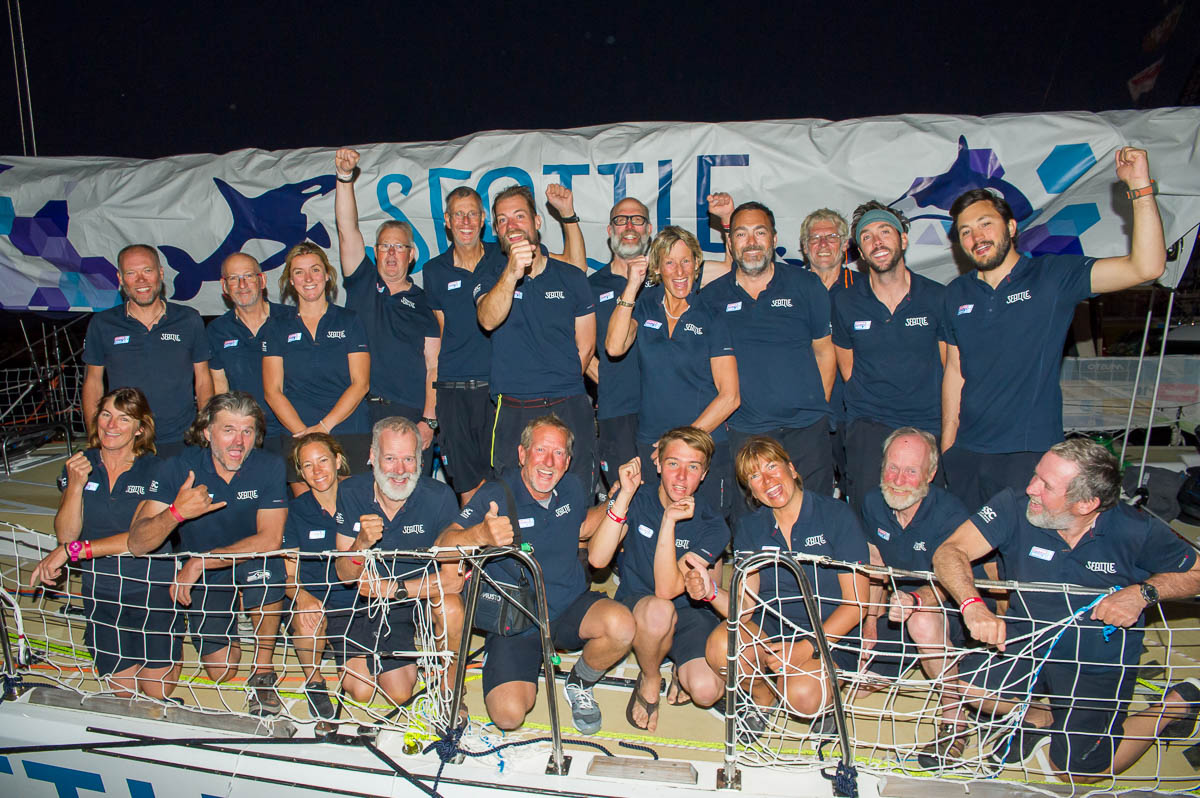 During the race, the team still found time to celebrate Thanksgiving with a turkey dinner, mark birthdays on board and monitor waste and plastic floating in the ocean. And then, in the final stages enjoyed a close rivalry with Dare To Lead which saw both utilise Stealth Mode to try and gain an advantage over the other. Whilst Dare To Lead did end up on top, the micro-competition helped add another level once the opportunity to catch the leading pack had passed.

Seventh to arrive into the Western Australia’s stunning sailing hub is Dare To Lead. Led by Skipper Guy Waites and AQP Hughes Stellio, the team has endured a challenging three weeks at sea, living by the ethos that is at the heart of the Dare To Lead Concept; teamwork, determination, and leadership.

Upon arrival, Guy said: “Everything was going fine, we were placed mid-fleet for the first half of the race. Then unfortunately we had some Mainsail damage and we essentially watched the fleet sail away from us. 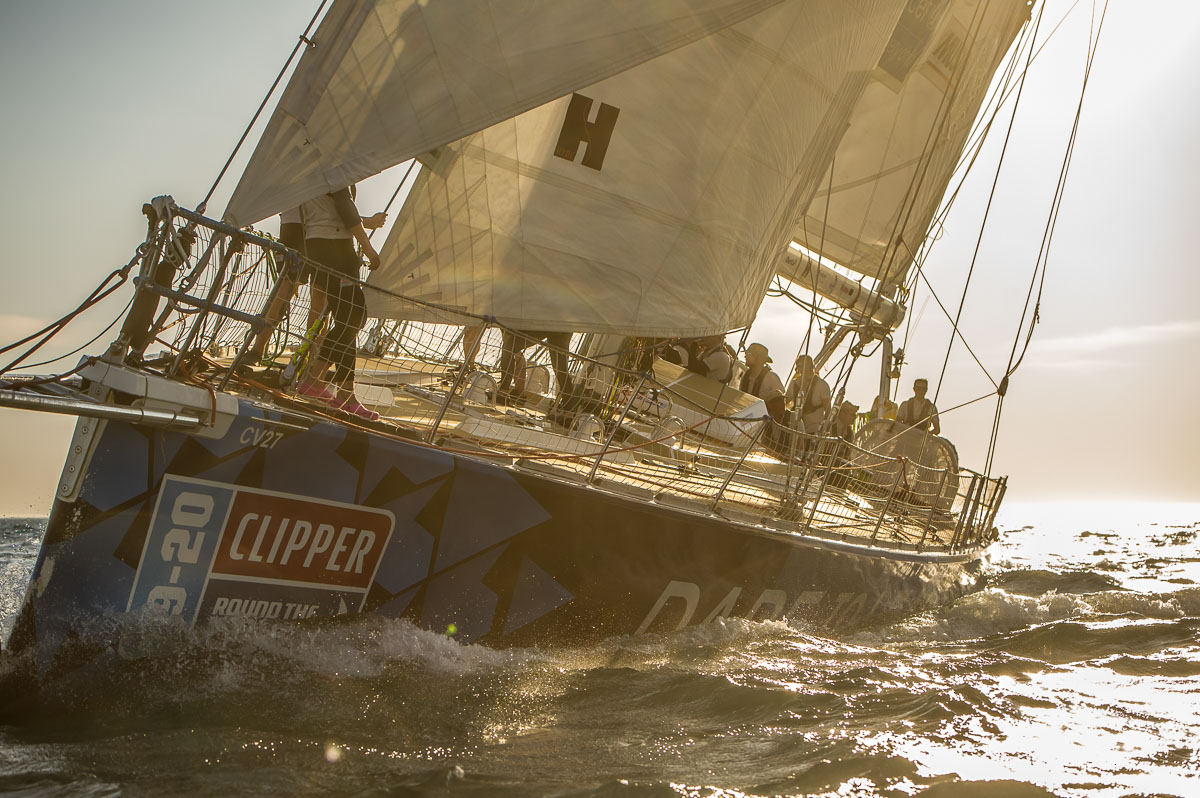 “It was demoralising, but it galvanised the team really well. They had three days sewing the main sail back together. After three days, we re-hoisted, and we were back in the game, and we didn’t finish last. It’s a massive achievement. Right from the start we said “you never give in” and this is another great example so hopefully we’ll use it to build on, the team’s morale and longevity for the rest of the race.”

On the mini race with Seattle, Guy commented: “We had the final five days of the race match-racing with Seattle, and we have finished eight or nine hours earlier, so this is a real plus for the team, they are stoked! He finished by saying: “Rottnest Island was the first land we have seen in weeks, it was great to see!”

Round the world crew member, Dario Schwendener, was all smiles as the team arrived into the marina at dusk, he said of the experience: “We have a lot of positive characters on board, starting with the skipper, and we try to always find our way out of difficult situations to make everything better - and that’s what we did!” 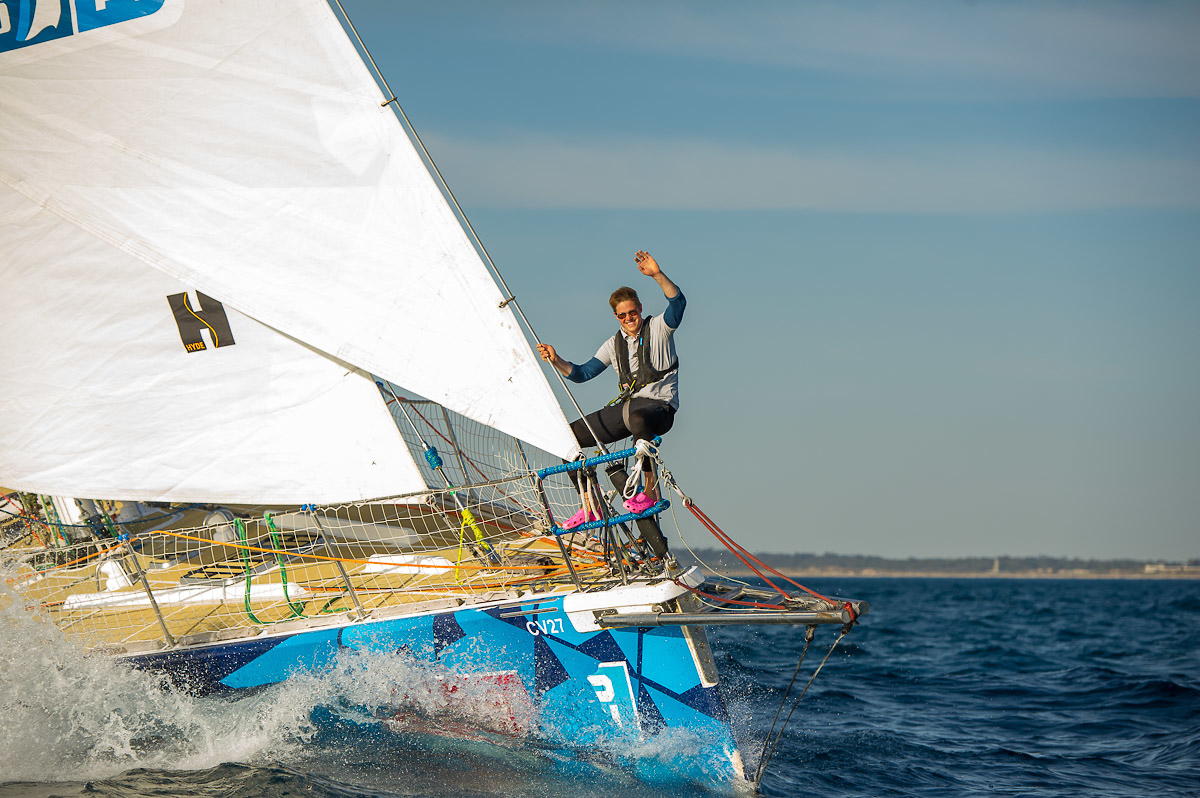 IMAGE: Dario Schwendener, on the approach into Fremantle

Zhuhai has crossed the line into Fremantle at 06:00UTC on 10 December in sixth place. Representing the chinese ‘City of Islands’, the team is led by Capetonian skipper Nick Leggatt who, with his team, left his hometown on 17 November bound for Australia. 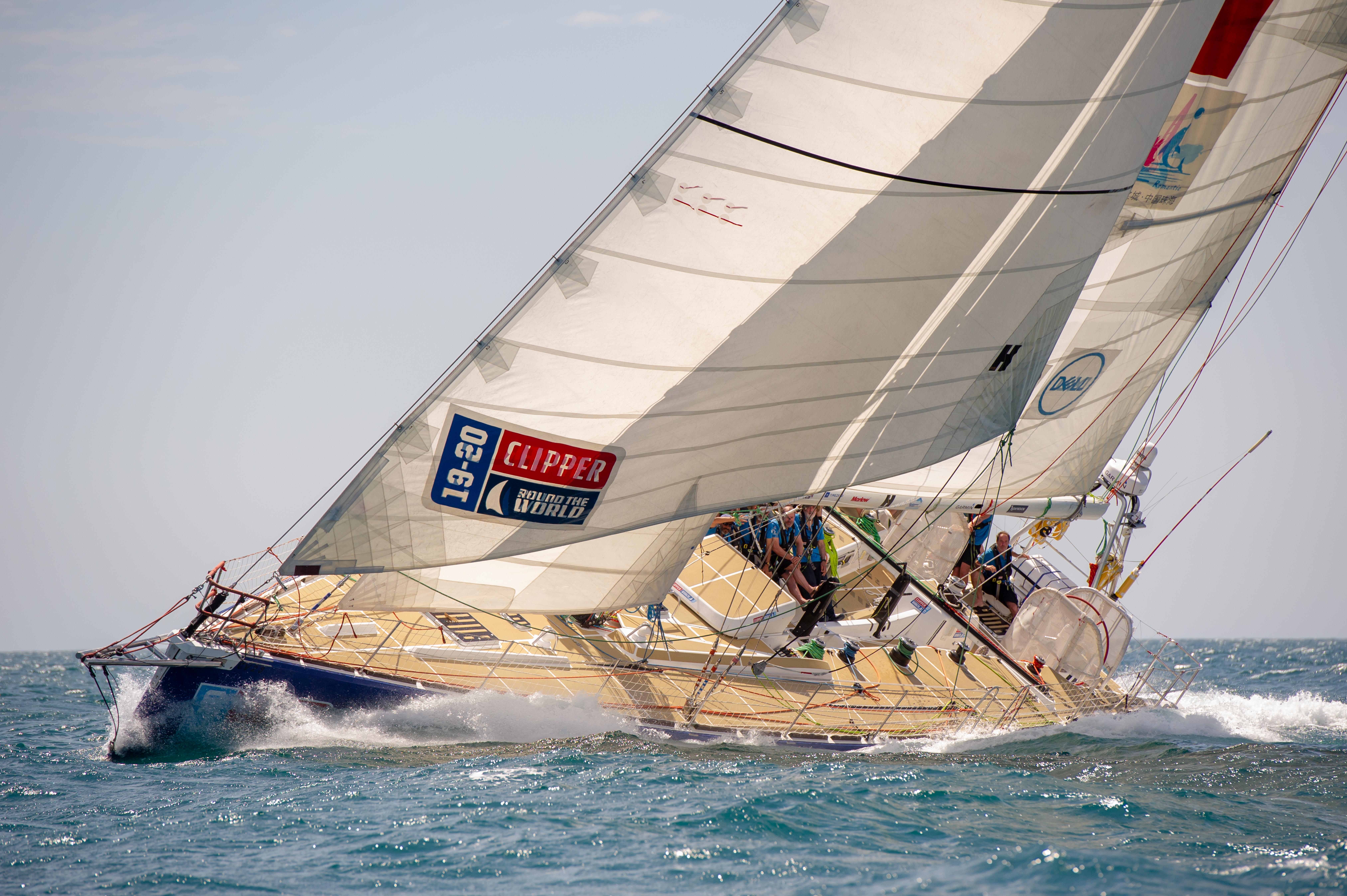 Upon arrival into port, after crossing across the Southern Ocean, Skipper Nick Leggatt said: “The race was very enjoyable. One comment amongst the crews was how we were surprised how it wasn’t the sleigh ride we were expecting. There were challenging parts but overall a really enjoyable race.”

On the wildlife spotted from the yacht, Nick said: “I’m always on the lookout for birdlife - amazing amount of albatross, shearwaters and all sorts of birds out there. Something that surprised the crew was that on two occasions we saw seals, really far out, probably 5 or 600 miles from land. We also saw a lot of really big whales.” On board was Beatrix Goltz and her partner was aboard WTC Logistics, Nick commented “There was definitely another little race going on there

The crew is multinational and includes Canadian, American, Chinese, British, South African and German Race Crew. One of the non-professional crew members, Chris Travis from Texas said: “It was fantastic, the storms were insane, the water was cold, the wind was colder - but we managed to have a great time along the way. We really came through at the end with our teamwork. We felt really good about our progress.” 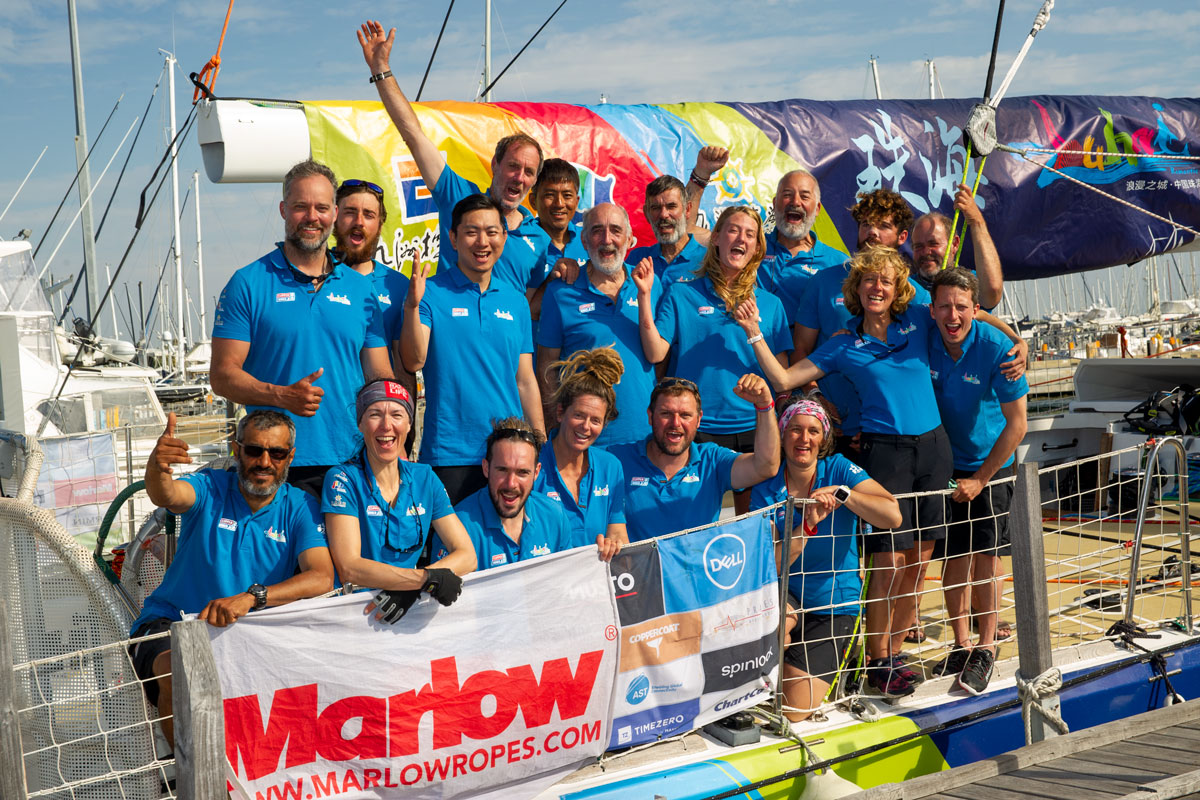 On board, representing the Chinese city of Zhuhai as ambassador crew members, whilst battling huge waves and the extremes of plummeting freezing cold to balmy heat, is Hongfa Wu (Francis) and Yuan Xiao (Sean). In Yuan’s blog he described a time in the Southern Ocean: “A big wave smashes onto the boat, the cockpit is then filled up with a bathtub of fresh sea water, with the plankton sparkling like little green stars.”

Now on land he reflected saying: “Now in my late forties, I started doing more expeditions and live a different life. I have had the chance to do a leg if the Clipper Race and its very different to climbing or diving; it’s very tough. Living in a compact environment with many people, is challenging.” 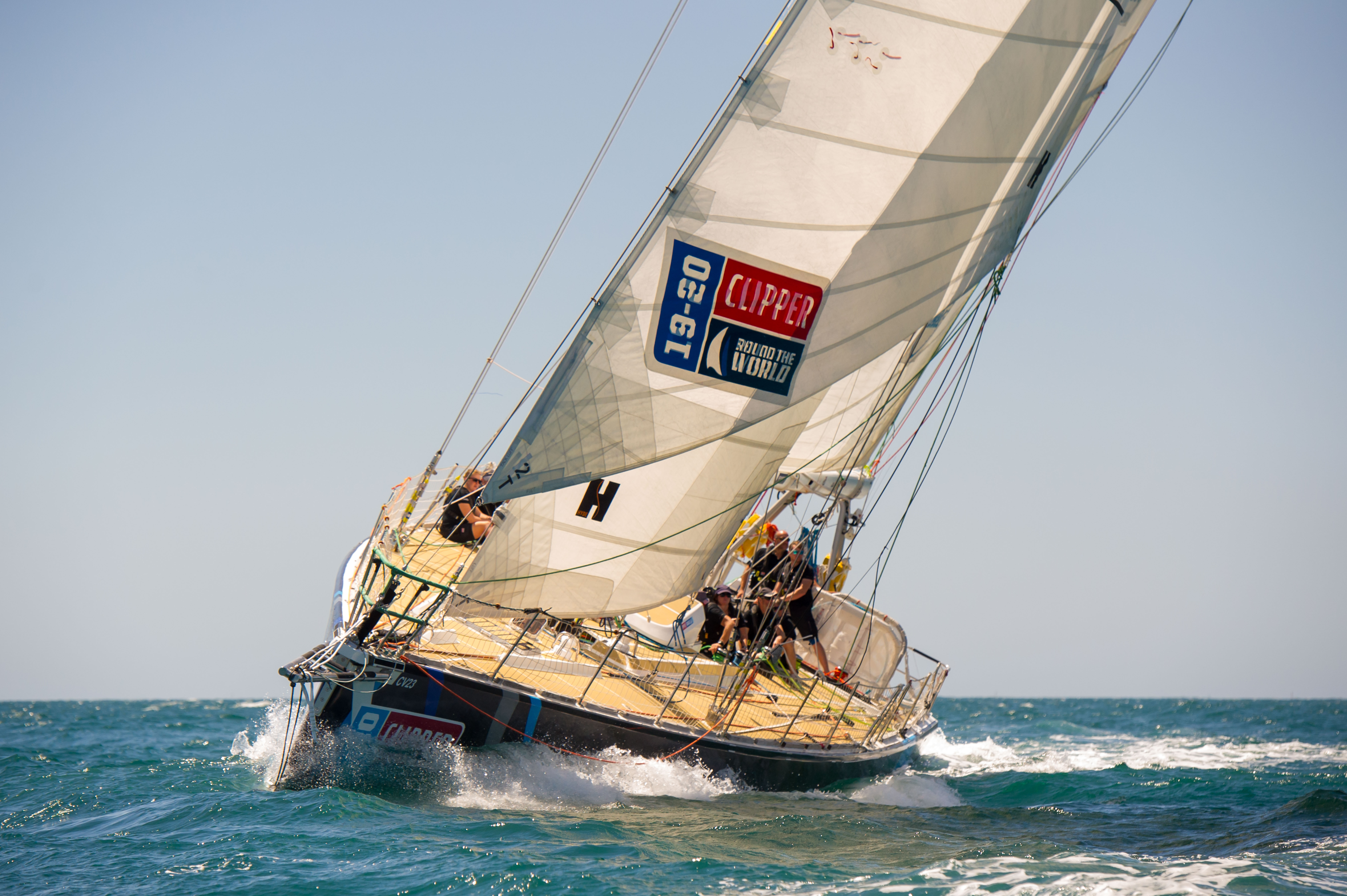 WTC Logistics finished Race 4 at 05:38:08 UTC on 9 December 2019 in fifth place. The heat of an Australian summer afternoon greeted the team as they completed the Southern Ocean crossing.

Race 4 sees the WTC Logistics team improve upon its sixth place in Race 3, making this their best result to date, and will see the team add seven points to their overall tally.

On the conditions faced, Skipper Mark Burkes said: “We had windy, wet, cold conditions for a while, it was reasonably placid but it was still quick and we were racing hard in 50-55 knots. We however didn’t see the 80 knots that you can sometimes see in this race.”

On how the team performed, he added: “The team were brilliant, really, really good and fast, quick from offset so really pleased.”

Team Partner WTC Logistics arranged for supporters to send in questions for the crew on their arrival into Fremantle. And they asked everything from “what’s your favourite meal at sea?” to which the crew pretty unanimously said “corned beef wraps”, to a question on their top tips for anyone thinking of doing the race, which received the call of “just do it!” As the sun rose over Fremantle, the GoToBermuda team celebrated crossing the finish line in fourth place of the grueling Southern Ocean Leg at 21:36:06 UTC, on 8 December 2019.

The team held off close competition from WTC Logistics and Zhuhai with fourth place GoToBermuda’s best finish to date. The debut team entry will add eight race points to its overall tally. With the Dell Latitude Rugged Ocean Sprint results to be announced following all teams completion, there could still be bonus points to add. Having left his hometown of Cape Town behind 21 days ago, Skipper David ‘Wavy’ Immelman lead his team, during the 4,750 nautical mile race, to their highest finish so far. Says Wavy: “Fourth position is brilliant, especially after Race 1 when we were heading towards third place and then ended up coming third last but this time we just got it right. “The crew has bonded together and supported each other through the vastness of the Southern Ocean. One of the wow moments was, having looked at the forecast and the 3000 mile low pressure system, I realised we were in the middle of a hurricane. It was incredible to see a single low pressure system coming from Cape Town three-quarter of the way to Australia and there we were, right in the middle and going fast."

A message of congratulations was sent from GoToBermuda Team Partner, The Bermuda Tourism Authority, with its Chief Sales & Marketing Officer, Victoria Isley, saying: "We are is incredibly proud of the entire GoToBermuda crew. We love its can-do spirit and look forward to seeing them on Bermuda’s shores next summer." 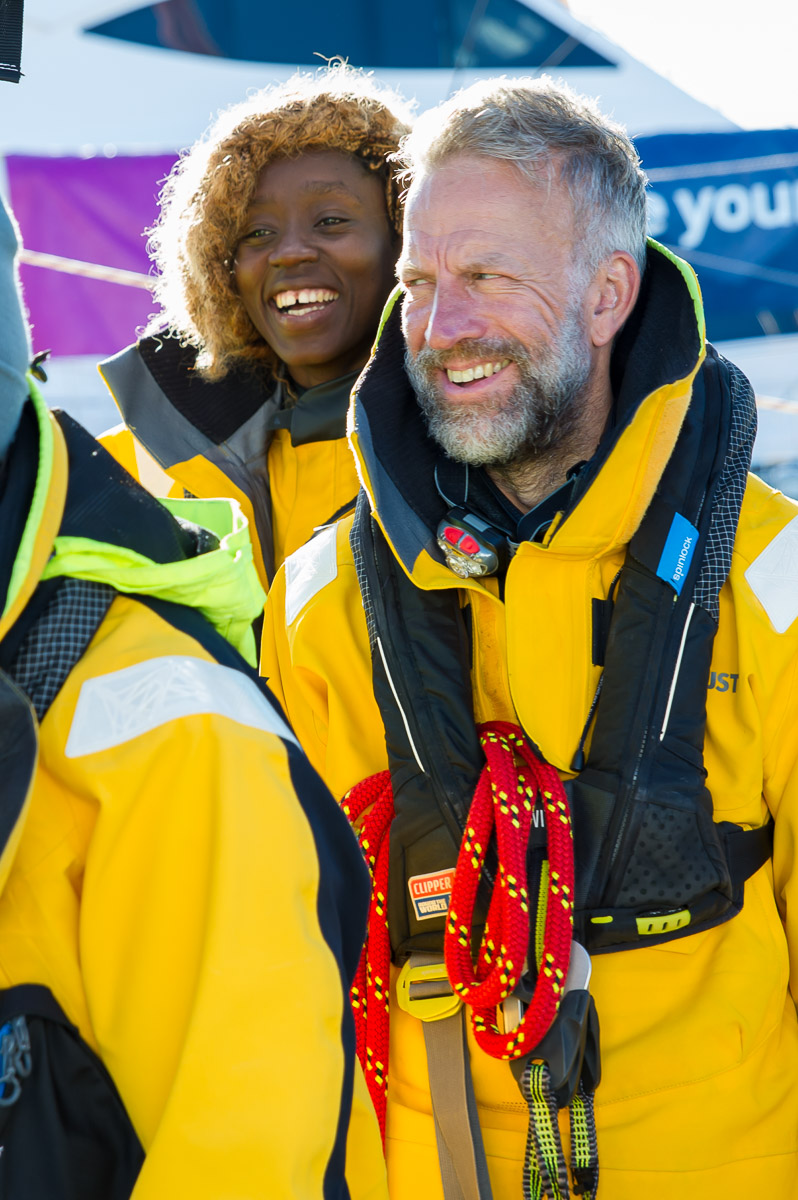 A crew of 18, from Italy, Australia, UK, USA, Canada, New Zealand and Nigeria, all came together to take on one of the toughest oceans on the planet. On board was Nnenna Samuila, the first Nigerian to take part in the Clipper Race, who on completing the race and arriving into Fremantle Sailing Club said: “At one point I wasn’t sure if I was going to be able to do it, but with the help and support of my amazing team, it proves the point of this personal challenge. If I can do this with no previous experience and with all the challenges of crossing an ocean, then people can do anything they set their mind to.”

Highly experienced sailor Rich Gould will take over as Clipper Race Skipper of WTC Logistics, to lead the team from…

After a three-week game of cat and mouse across the Southern Ocean, between the two leading Clipper Race teams, it…