Arrivals continue into the Whitsundays

After a good start Dare To Lead got caught in the windhole, off the South Coast of Australia and the team then struggled to get back into the mix. It was only once rounding Tasmania that the team managed to claw back some miles in the tactical race of ‘snakes and ladders’. 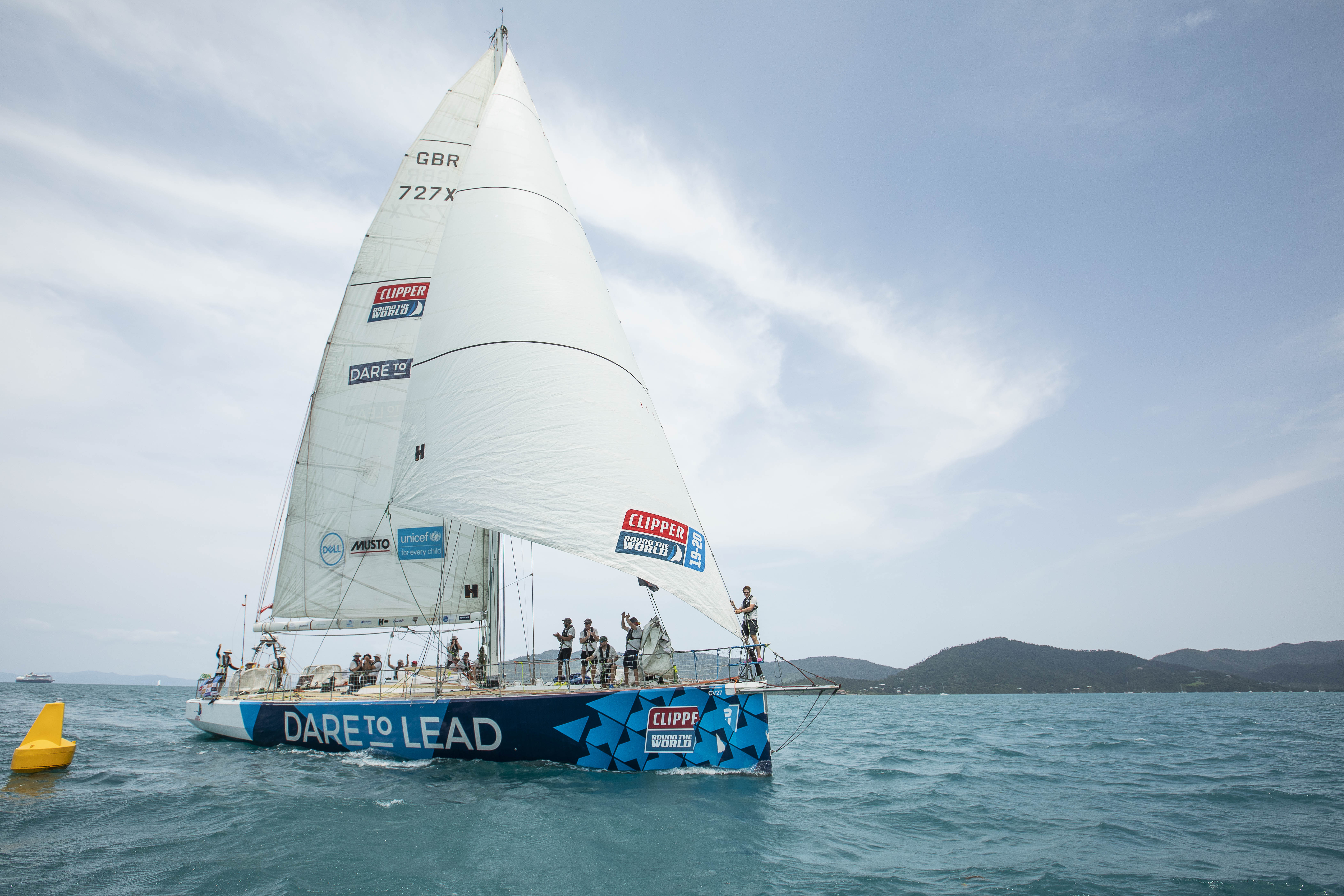 On arrival Skipper Guy Waites explained: “The windhole situation affected everyone and we were all trying to get south into the established breeze to take us east to the southern tip of Tasmania. We rounded this point last, simple as that. But as soon as we got round the corner and started climbing north, we got into the tactical game of the East Australian Current - the game of snakes and ladders, as we referred to it - and we managed to find more of the ladders and less of the snakes. 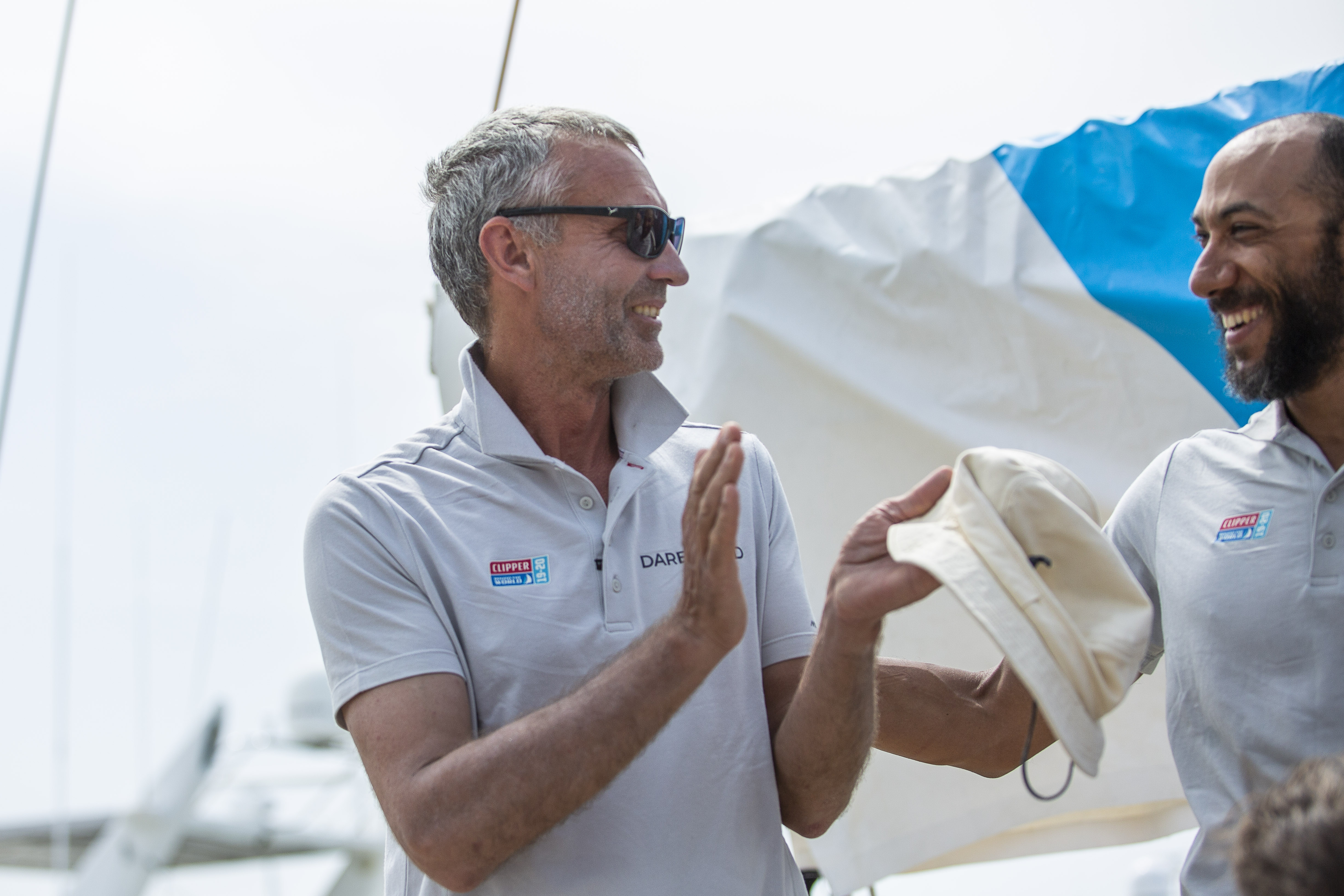 “We went offshore from the middle of the field to the easterly end and got into the favourable current. Many teams went in shore and got stuck for quite a few days and we climbed past and managed to catch quite a few boats ahead, which galvanised the team. We finished here in seventh, but we are pretty certain Unicef will come in and drop us down to eighth on two days of elapsed time. But it’s eighth and not eleventh which it could very easily have been. We hung on right to the bitter end and came out with eighth place so we are really pleased.” 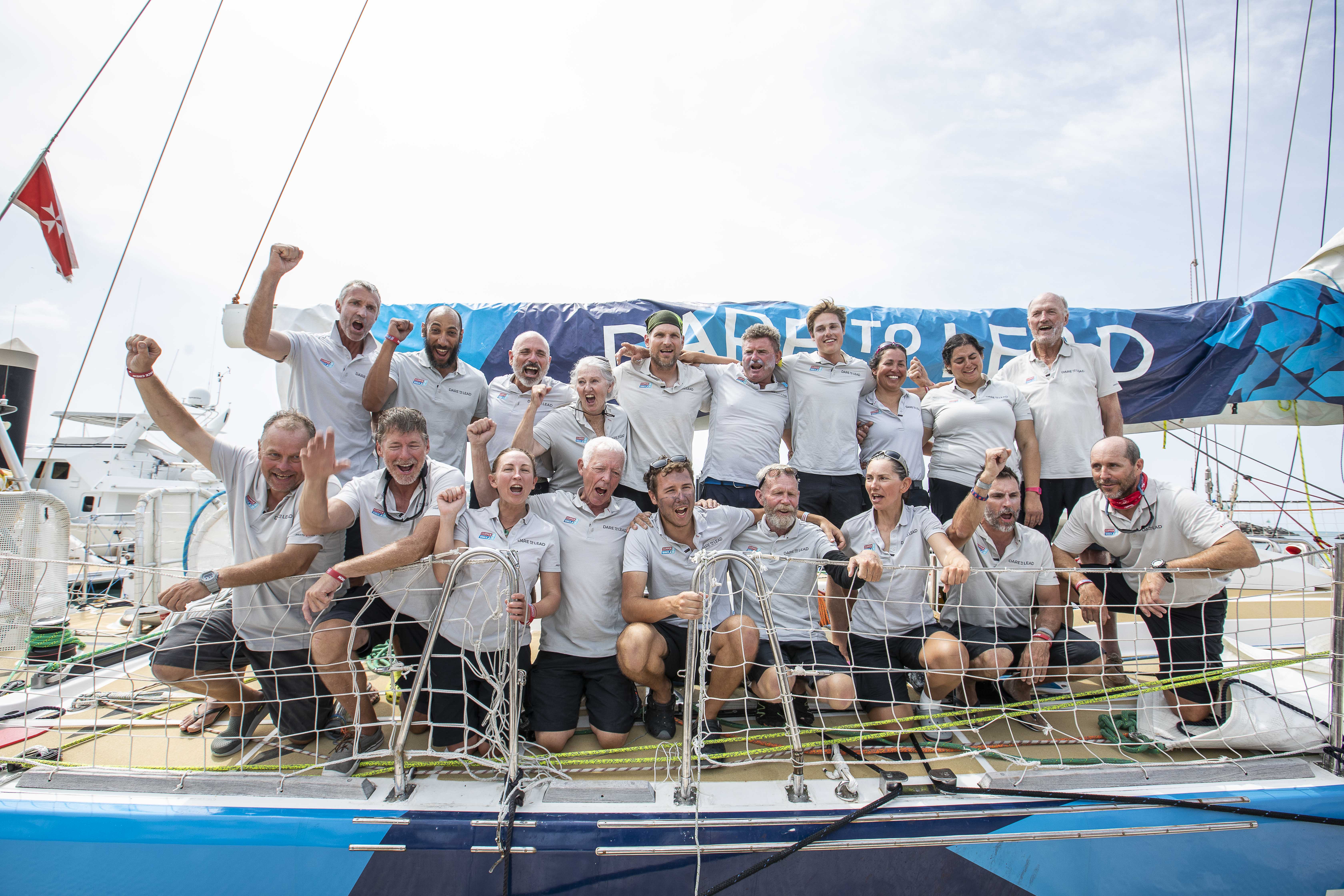 Dare To Lead crew member, Stephanie Cardwell, signed up to do Leg 4 after seeing a poster on the tube in London. She was encouraged by a friend to look around the yachts when the fleet was berthed in St. Katharine Docks and at first she thought it was a crazy idea, having never sailed before. But with every poster she saw, the idea was embedded and now she has just sailed over 3,415 nautical miles from Fremantle to the Whitsundays on board Dare To Lead. On her arrival she said: “I threw myself into everything on board. Even if I was nervous or made mistakes I carried on doing it. I wanted to make the most of my three weeks on board, whether it was Mother Duty, helming, being in the cockpit, being on the bow or even just sitting on the low side when we had no wind.

“I felt part of the team from day one. The round the worlders were so supportive and encouraging. I really enjoyed helming it was something I quite quickly picked up so every watch I tried to get on the helm and make the most out of my experience.” 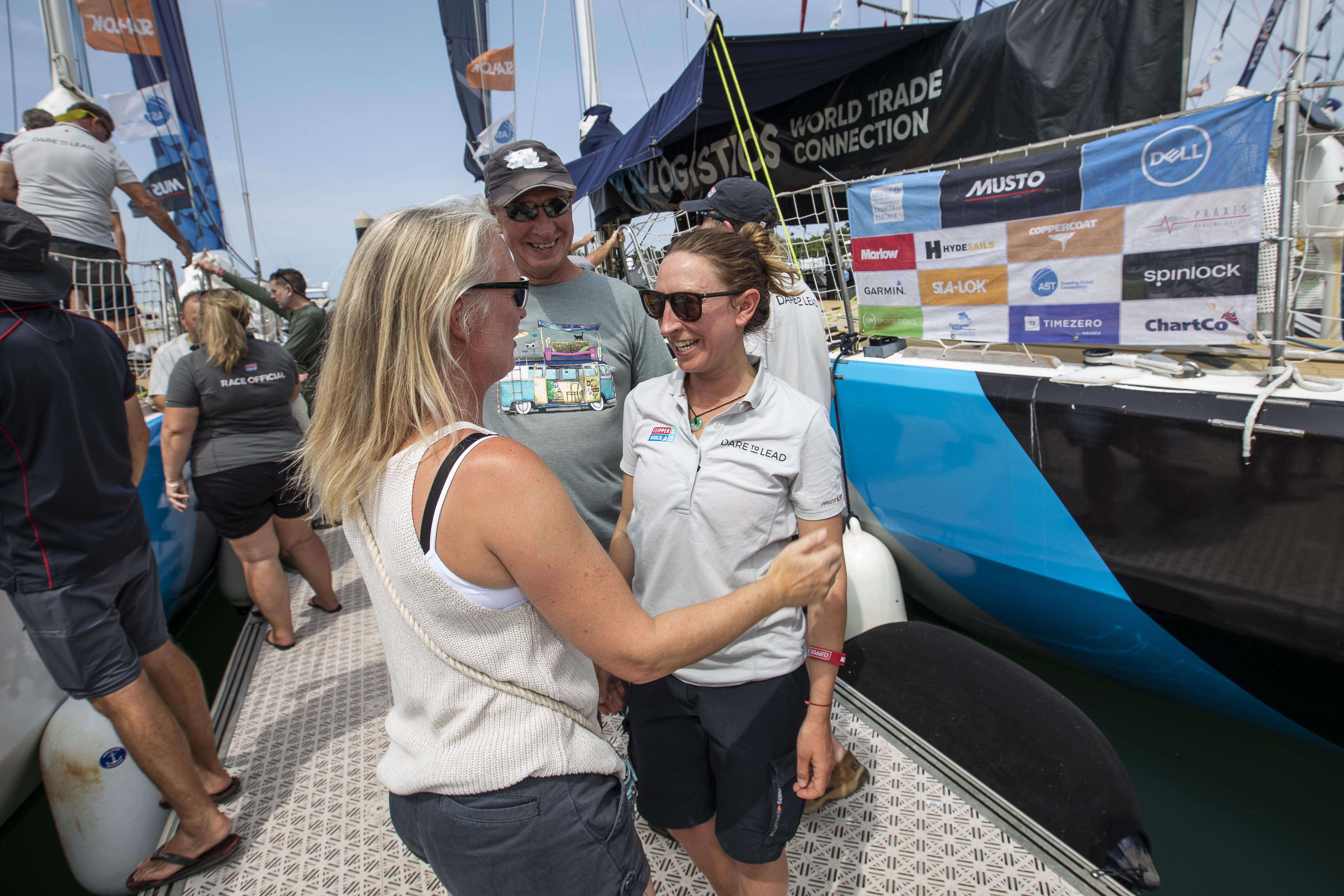 WTC Logistics crossed the finish line of Race 5 on 11 January at 11:30:19UTC sailing into the Whitsundays after racing 3,415nm around Australia. A closely fought race throughout, the crew dug deep and pulled out all the stops to ensure a competitive performance to be sixth across the line. 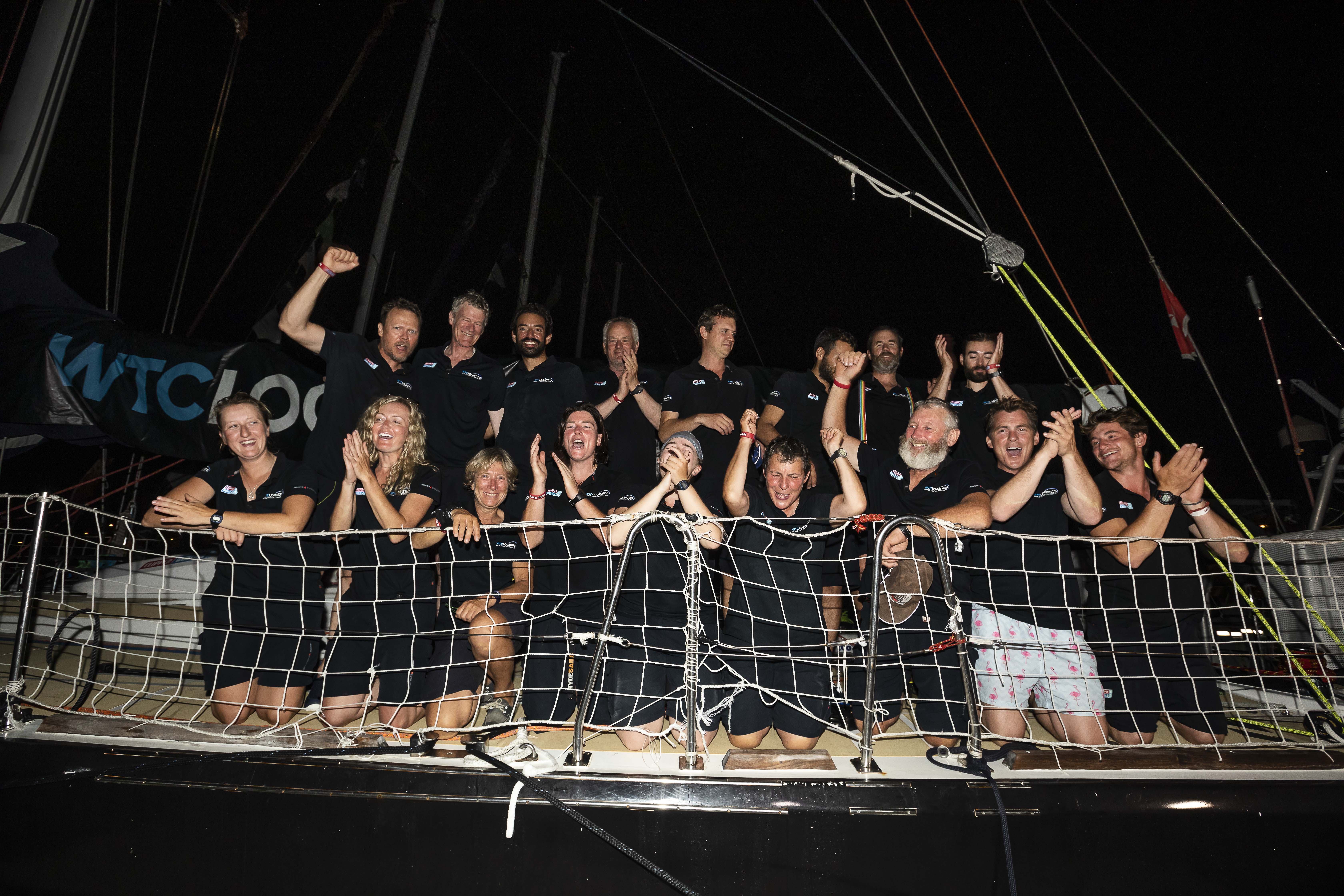 The Australian Coast-to-Coast Leg saw the arrival of eight new joining crew members and, following the departure of crew whose race finished in Fremantle, brought the numbers on board to 15, plus First Mate Dan Jones and Skipper Rich Gould. In a journey that saw all members enjoy Christmas Day and celebrate New Year at sea there was much to look forward to.

Following Race 5 Start on the 22 December, the weather threw a lot at the team from the beginning, Skipper Rich Gould explained: “We saw some really big surfs and we were asking a lot of the crew to keep the boat going in those conditions and for extended periods of time, the team responded well to directions. I think we've possibly been pushing harder than recently and we’ve been carrying as much sail as possible in the heavy weather, the team have done well and we’re hopefully looking to continue to improve, moving on into Leg 5.” 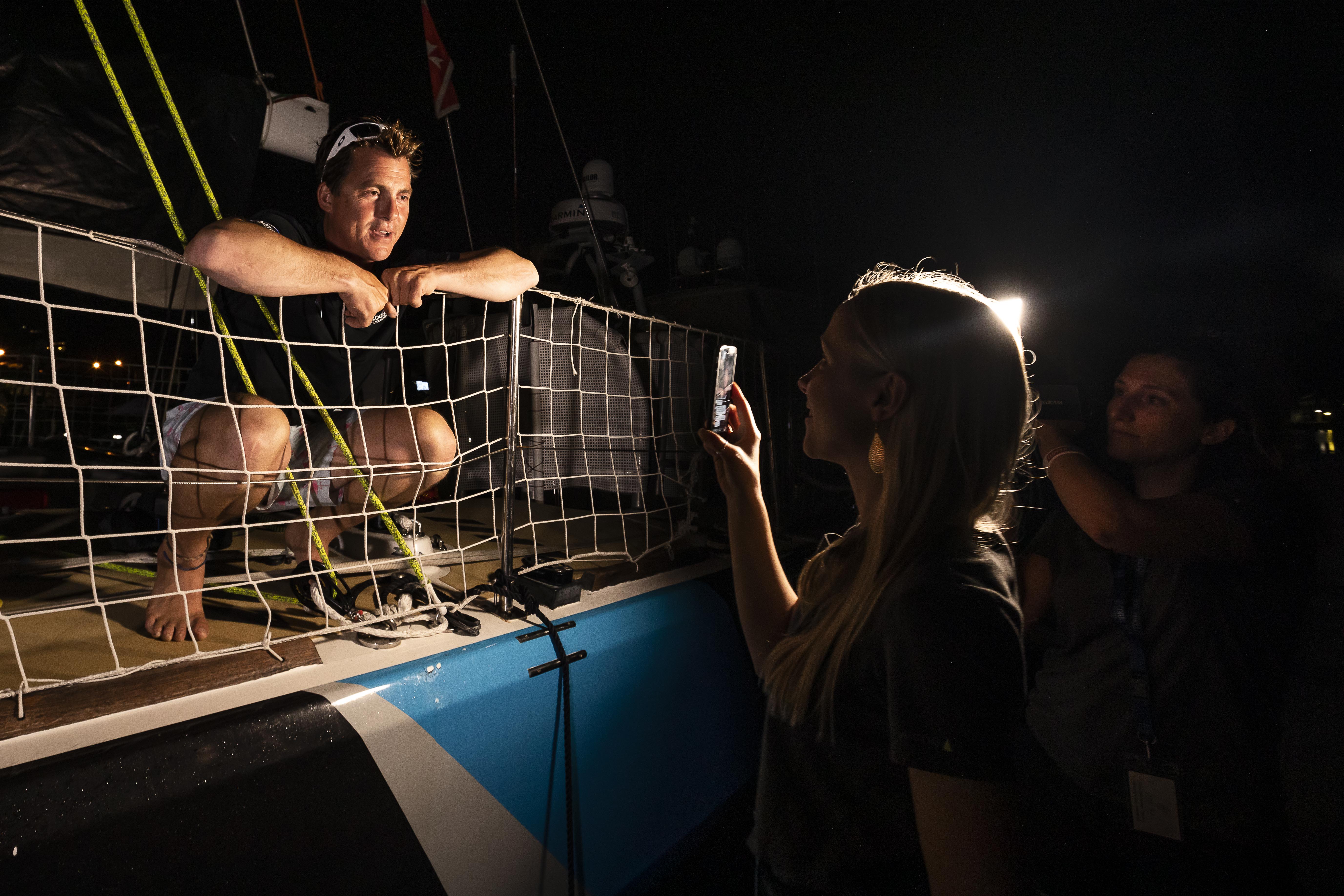 Fighting for every mile throughout Race 5 saw an exciting exchange between current overall leaders Qingdao and WTC Logistics in the final few hundred miles as the teams approached the Whitsundays. Reflecting upon this battle Rich went onto say: “The tussle with Qingdao was tactically interesting, we both went out west and at times we were maybe only half a mile apart but we stuck to our guns. Sadly, it didn't work out for us this time but we certainly didn’t go down without a fight.”

The crew seemed to enjoy the race throughout, circumnavigator Rachel Leader on arrival said: “The race was fun. It was good to be in the mix this time, it was exciting. It wasn't quite as cold as the last few legs but it was full on from the start. The competition was tight and that helped to keep us motivated. 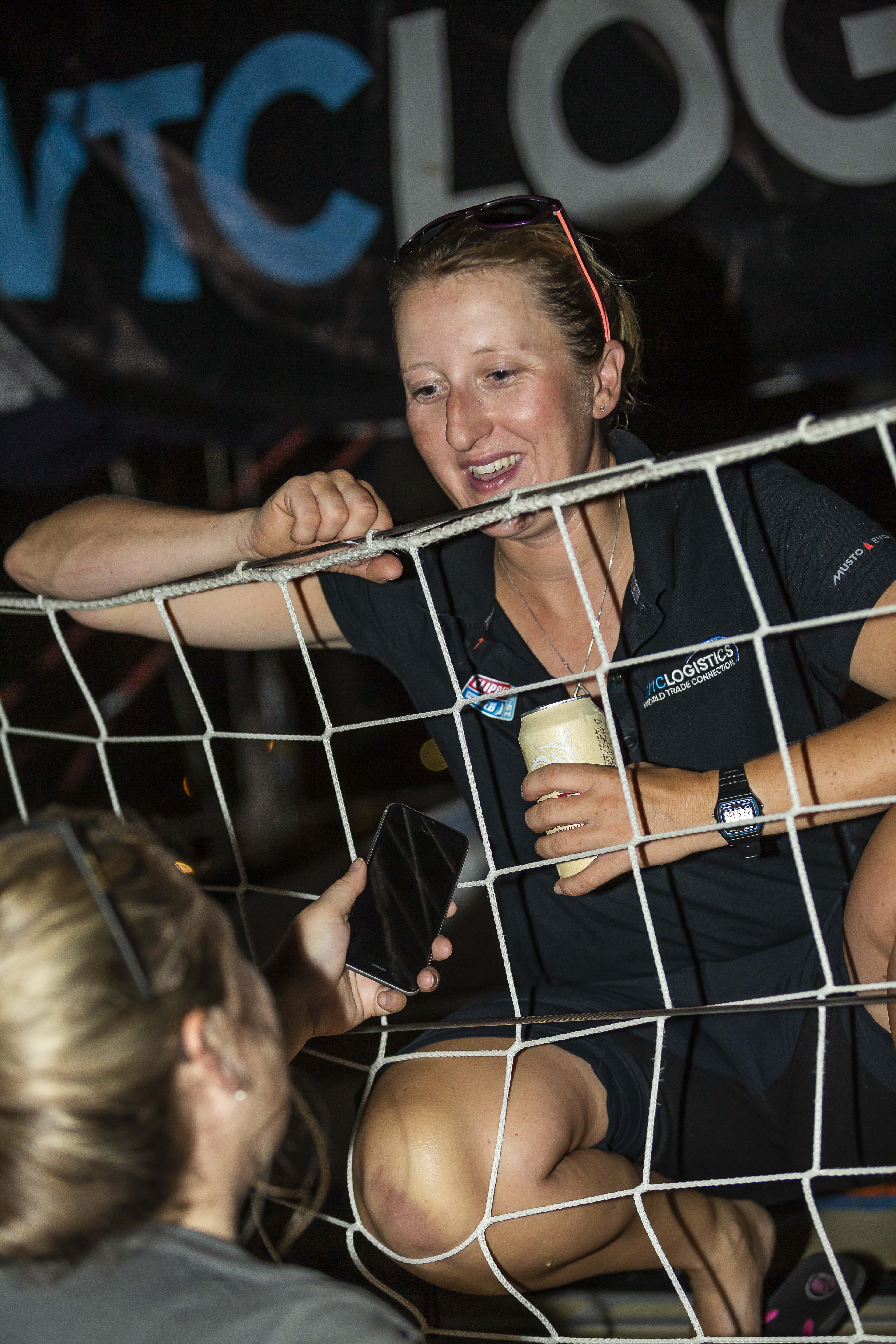 “I have lived and worked here in Australia but have never been to Airlie Beach and the entire reason I signed up to do the Clipper Race was because I wanted to sail around the Whitsunday islands here. Now after nearly 20,000nm I can do it.”

For overall leaders Qingdao Race 5, from Fremantle to the Whitsundays was a tough test seeing tactical decisions both work in and against its favour. 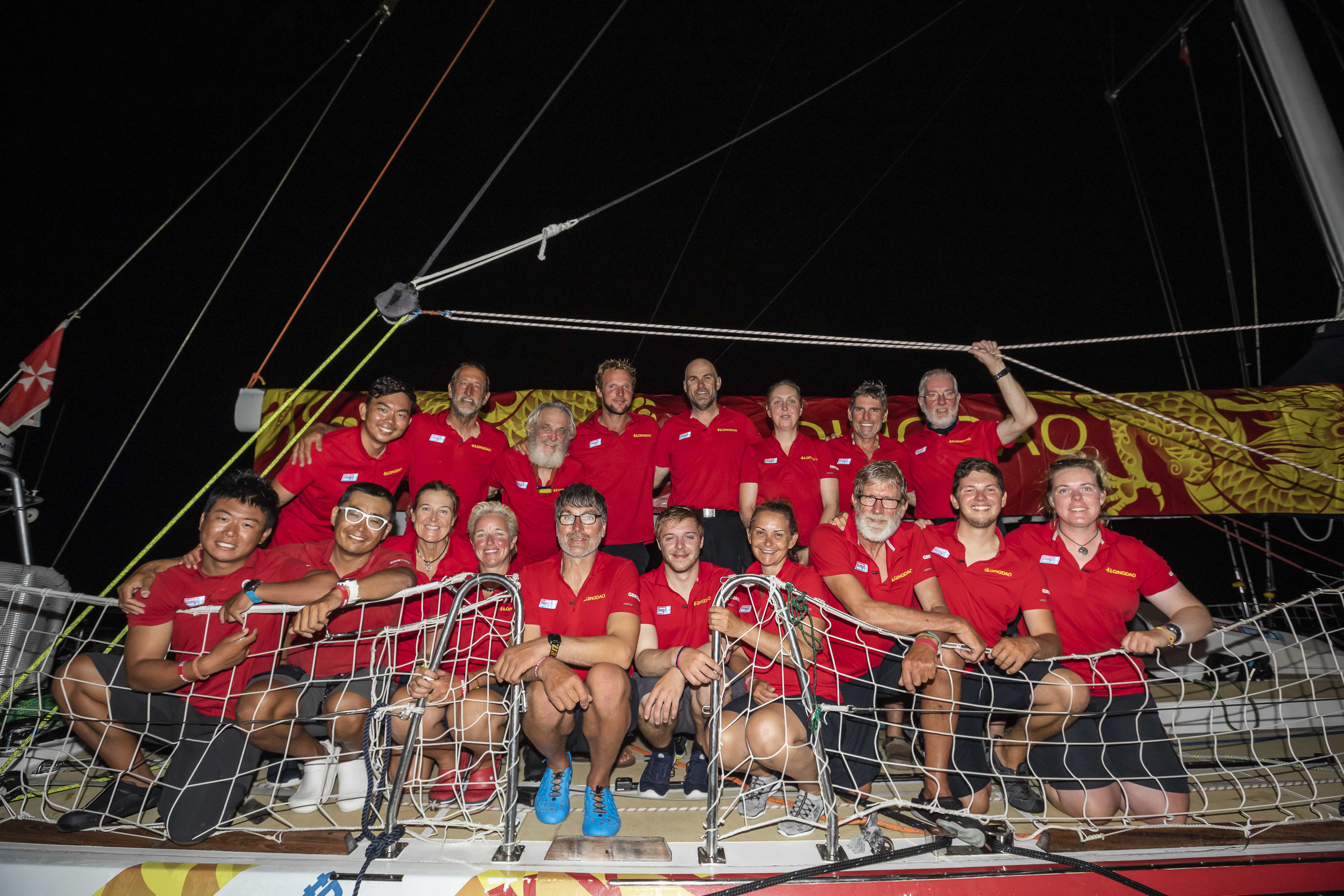 Round the world crew member, and watch leader on board Qingdao, George Dawson explained on arrival: “Race 5 was longer than we had hoped for, a tricky first week, a lot of upwind, very slow then we had a lovely downwind stretch towards Tasmania - that was good fun. Then we hit a windhole coming up the coast, then it was anyone's guess who was going to win when that happens.”

Match racing all the way to the finish Qingdao crossed the finish line at 10:56:12UTC on 11 January to be fifth across the line, approximately two nautical miles ahead of WTC Logistics. George added: “We had a great little battle with WTC Logistics this afternoon, we just managed to pip them to the post - well done WTC Logistics awesome little race - really excited to be here in Airlie Beach.” 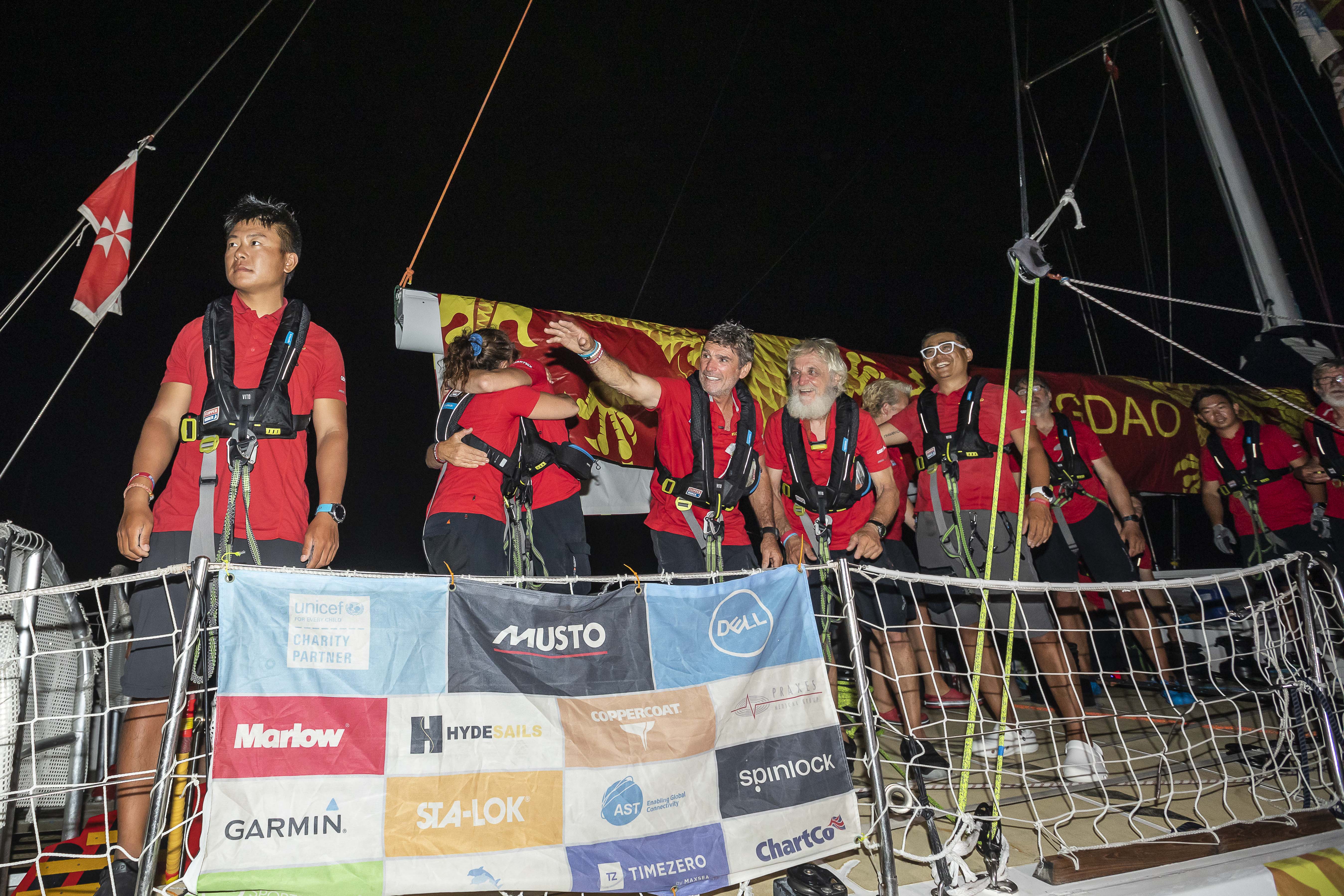 Despite the time of day in crowds of supporters lined the dock in Coral Sea Marina Resort, Airlie Beach for Qingdao’s arrival with many here to see Queenslander, Phil Siddle who is racing around the world. On the incredible welcome he said: “It was really emotional coming in today, like most other ports, but especially here as I have got my three sons, my wife, my grandson on the dock. It’s just brilliant they have followed us around everywhere but Airlie Beach is sort of like coming home for me, we live not far from here, we have been here a lot and we love it, and it makes this leg even more special - It’s fantastic to see everyone, it’s unbelievable.” 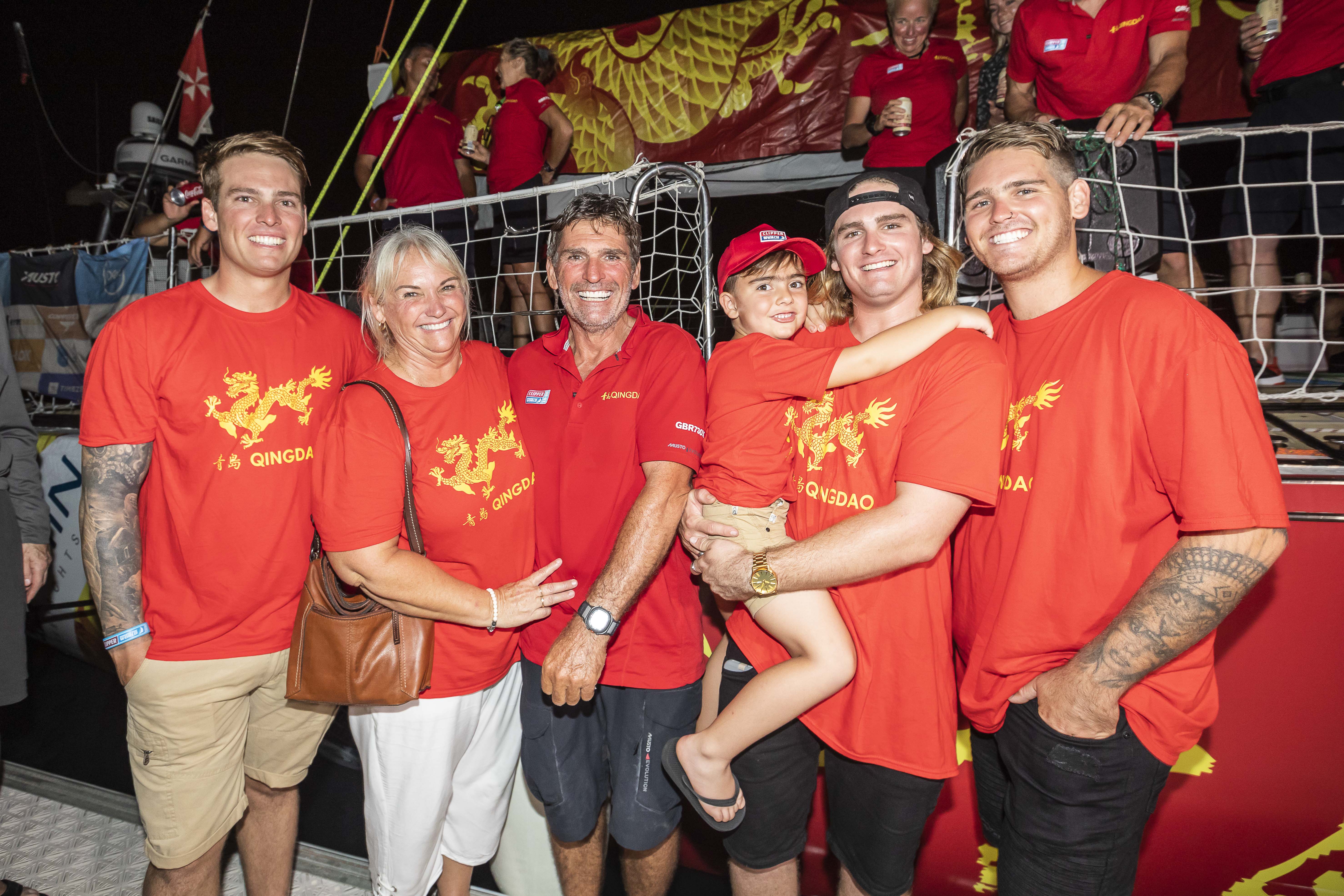 Seattle is the fourth team to complete the Australian Coast-to-coast leg. Crossing the finish line, under the setting sun and surrounded but the stunning Whitsundays islands at 07:23:40UTC on 11 January. A race of two halfs for the Seattle team after having struggled to make their mark from Fremantle to Tasmania. However, after rounding Tasmania the strategy to take the offshore routed paid off when it came to the East Australian Current. Soon the team were making gains and overtaking much of the fleet to cross the line with fourth line honours.

On arrival Skipper David Hartshorn said: “Tactics wise we just couldn’t get the boat going in the first half of the race. We got down to Tasmania and I think we were last but one, of the group that left on the 22nd. And then we got to Tasmania it was New Year, it all fitted in brilliantly, it was two races. We made some conscious decisions to go offshore, a lot of the other boats went inshore and as tempting it was, we stayed offshore and in hindsight I wish we had gone a bit further. Once we started making gains morale starting soaring and then want to achieve just went through the roof.” Meanwhile the crew were elated at being the fourth team to cross the finish line, and dependant on elapsed time, will be the team’s highest finish to date. Crew member Queenie Wang who joined the race in Fremantle and will stay on board for the remainder of the race said: “The beginning was quite tough the first 24 hrs with seasickness, the boat was tilting but after that I just adapted - I got used to the routine! It was just amazing, we saw so many beautiful stars, sunrises and sunsets and the people we were working with were amazing, working together as a team. Boat life is great! It was 20 days at sea, that’s more than most people ever accomplish, so knowing I can go further I now feel I have the confidence - I can do this - it’s exciting.” 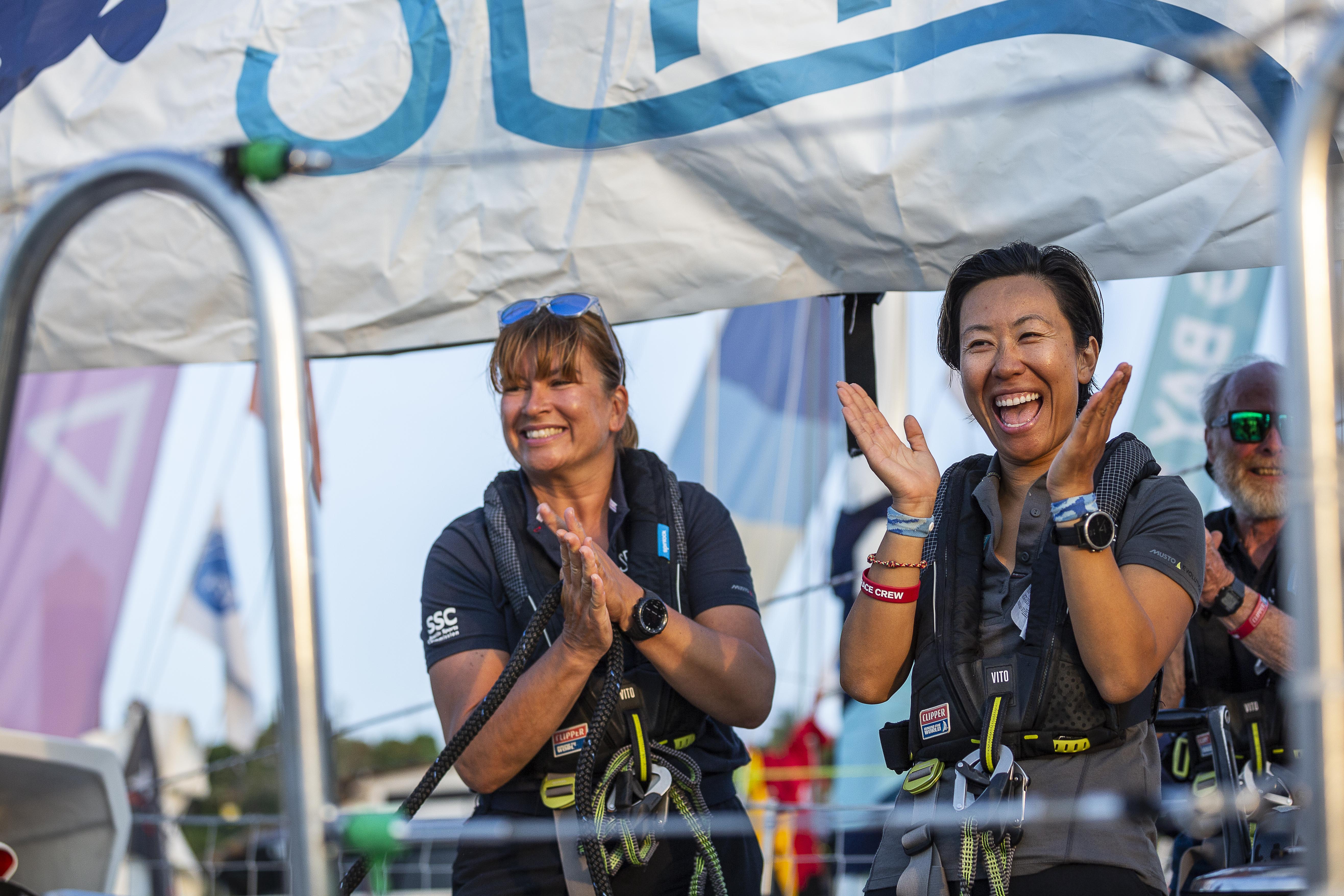