It’s been some time since the Race Viewer has depicted the combined Clipper Race fleet as achieving a speed over ground of more than five knots, but the fourth day of Race 7: The Lakewood Hills, Zhuhai Race can boast that.

The upwind conditions have meant life on board is wet, at an angle and requires constant focus, as Punta del Este Skipper Jeronimo Santos Gonzalez explains: “The strong winds, currents, squalls and relentless short waves are breaking into our bow, is making this part of the race a fight to get speed and not to stall the boat in every wave.” 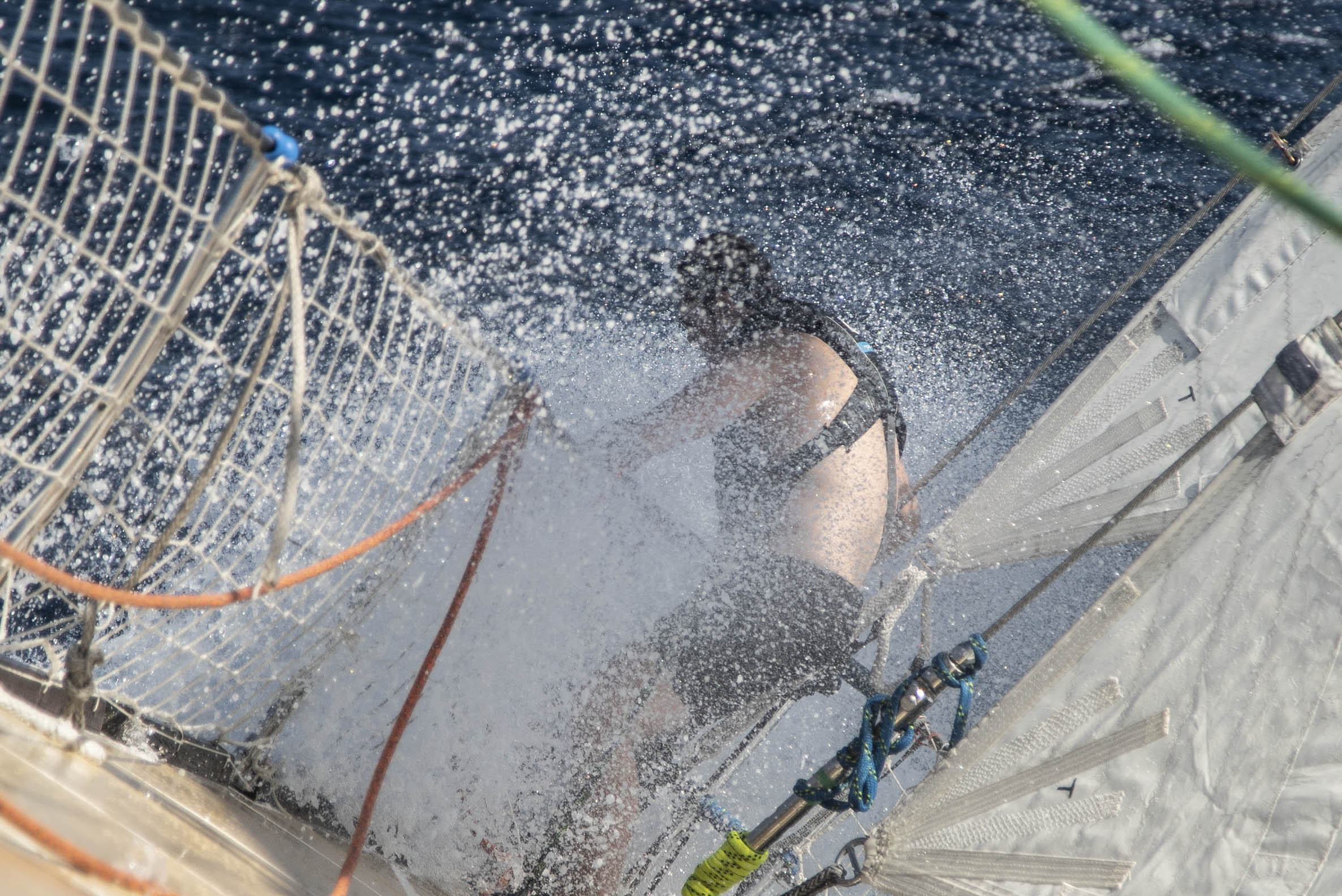 Despite the fleet being spread across the course Punta del Este and Ha Long Bay, Viet Nam are currently neck and neck trading places with each gust. Says Josh Stickland, Skipper of Ha Long Bay, Viet Nam: “We are and have been tussling with Punta del Este for the last 36 hours, they have opted for full Main and us one reef. So, when it gusts, we make gains and when the wind dies they make gains and so on and so forth it’s been playing out like this. I guess we will only be separated when one of us decides to go for the Dell Latitude Rugged Ocean Sprint.”

Not only are the teams facing challenging weather conditions but many report having to navigate around large fishing nets, buoys and other vessels in the busy commercial waters. As Rhiannon Massey, Additional Qualified Person (AQP) on Qingdao, explains: “For red watch this morning we found the delights of long line fishing nets and buoys. The nets were first spotted on AIS, and continued upwards of five miles long, as we sailed closer more and more were spotted. Fortunately, we managed to avoid hitting any of these. Morning had broken by the time we were near them and we were able to keep a much better lookout in daylight.” 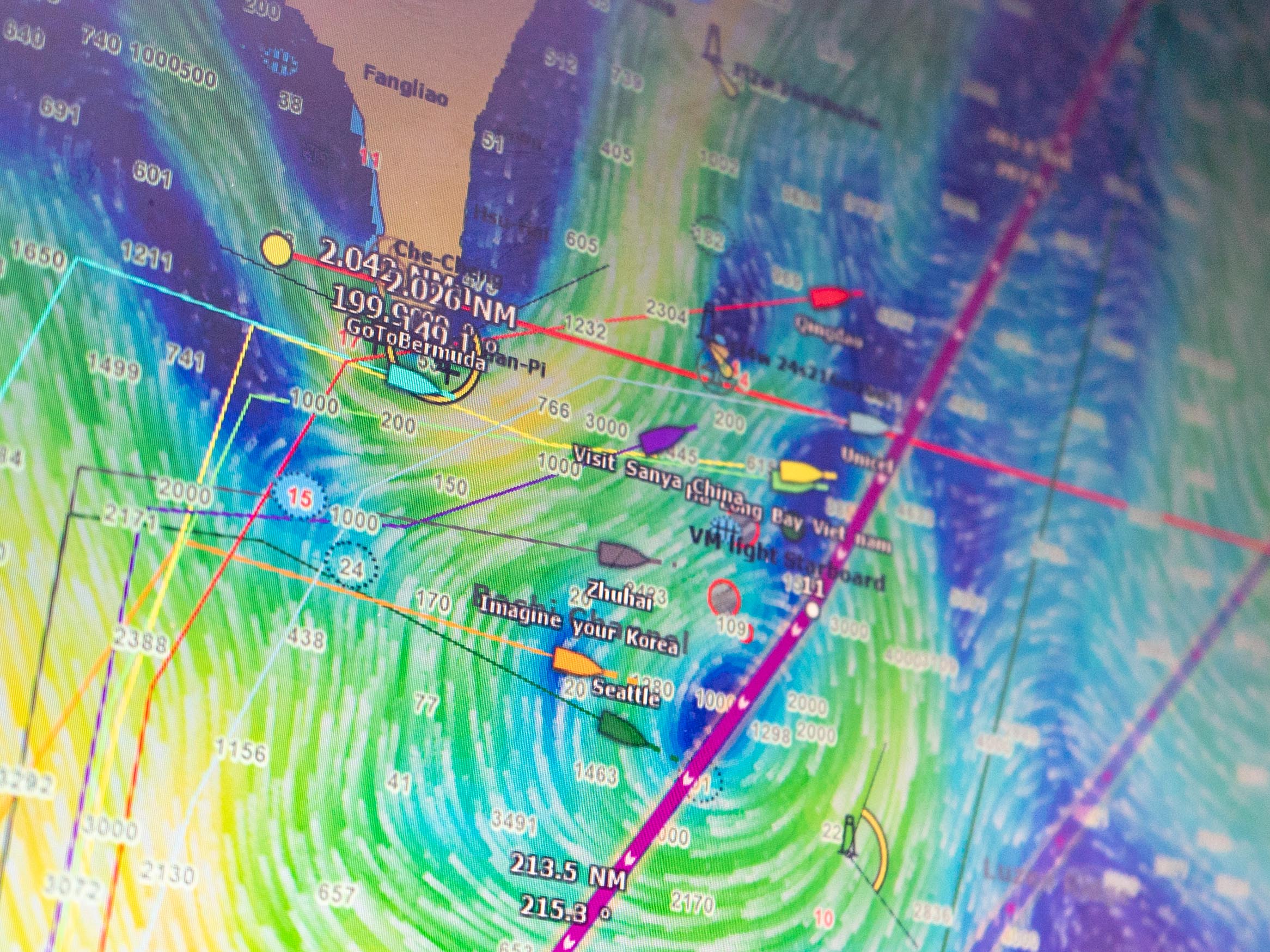 Often a welcome distraction from life on board the wildlife continues to impress as Seumas Kellock Visit Sanya, China Skipper, describes a recent encounter: “Clyde our eagle-eyed Kiwi spotted a splash. Now, I appreciate a splash out in the sea doesn’t seem so significant and normally, had it have been anyone else, I probably would have ignored this splash. However, since Clyde is not a fantasist, I too looked out to see what it was all about. I’m sure glad I did look because sure enough off our starboard bow were two sperm whales jumping for joy at the sight of seeing a round the world yacht race (or possibly for other reasons). As we sailed on, they got closer and closer until they were only a couple of boat lengths away.”

Nine of the 11 teams headed for the first Dell Latitude Rugged Ocean Sprint this fascinating contest has the avid Race Viewer guessing which team will claim the bonus points on offer. As it stands it’s a very open race and victory could be seized by any one of the 11 competitors, watch this space and Race Viewer. Game on!