When the global pandemic hit in 2020 and the UK went into lockdown, Dex Muldoon, a 29 year old musician and tour manager from Haslemere, Surrey, watched the arts industry collapse overnight and life as he knew it changed immeasurably. 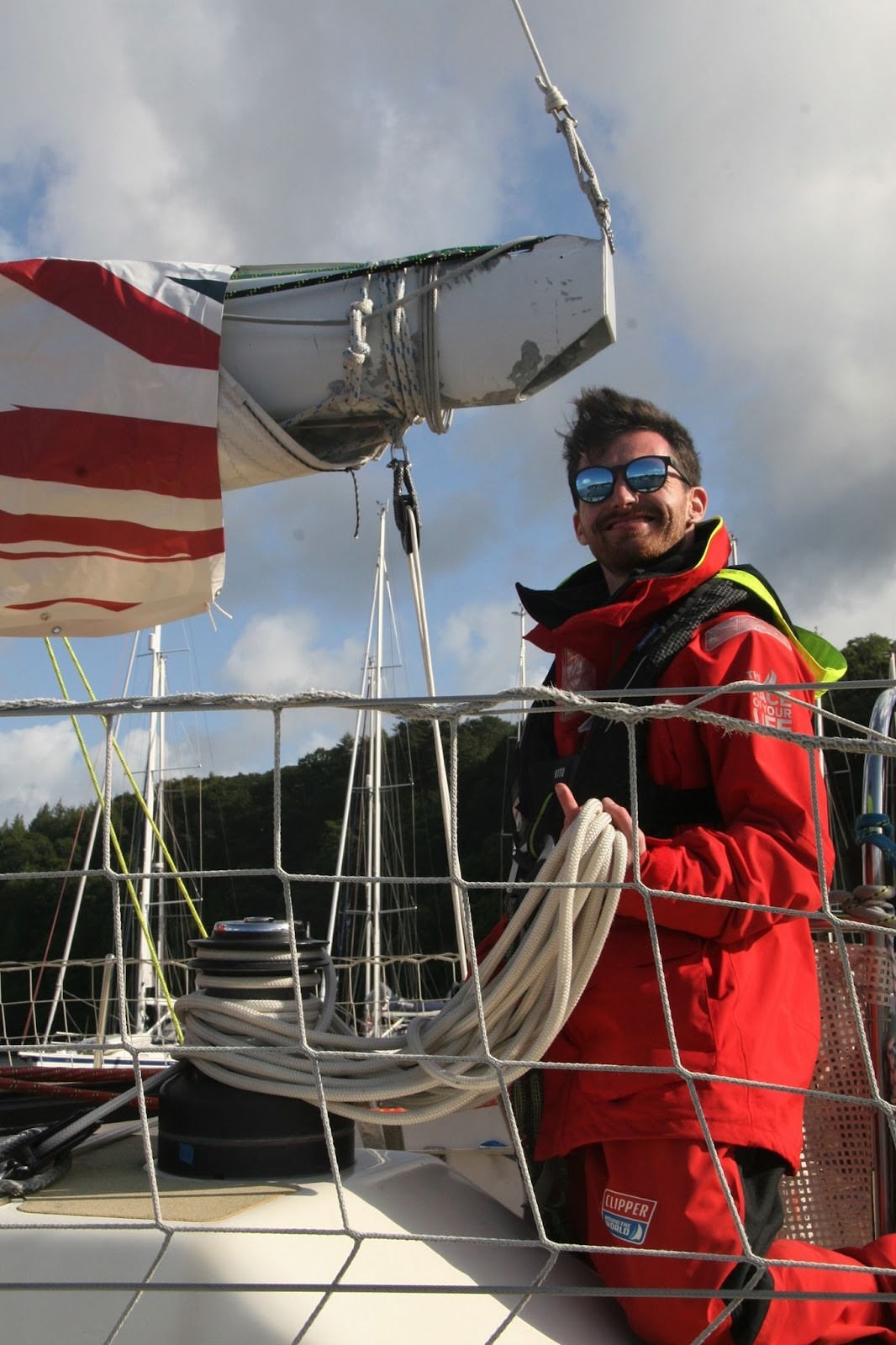 Image: Dex on board during the inaugural Our Isles and Oceans Programme - photo GRM Marketing

When the national lockdown eased, Dex, who had only ever done some dinghy sailing as a child, was introduced to sailing by some friends in Gosport. It was there he saw the Clipper Race training fleet berthed. Says Dex, “I thought ‘I’d really like to sail one of those and see what it's all about’. That evening I saw an ad for the Our Isles and Oceans programme asking 'would you like to sail a Clipper Race yacht on the West Coast of Scotland?’ and thought ‘yes I would!’ and applied.”

Dex successfully applied to the inaugural Our Isles and Oceans (OIAO) programme, a grassroots initiative working with the Clipper Race that offers sail training with the aim of building self-confidence and self-esteem, which many young people have lost over the pandemic, as he felt he’d forgotten how to lead and be responsible for others. Ahead of the OAIO programme, where he was joined by a cabaret singer, intensive care doctor and a student, he said he believed the training would give him “a good shake up (physically and metaphorically), to bring out the confidence and self-belief I once had.” 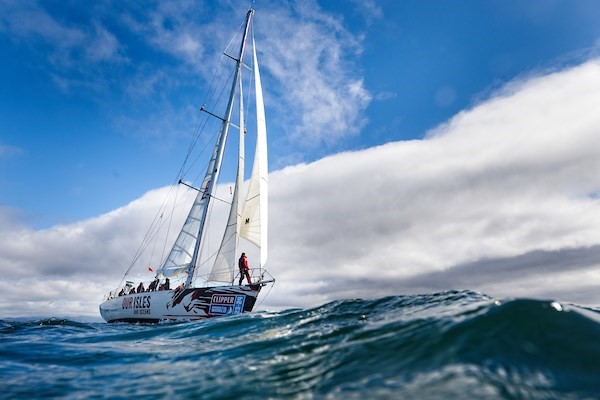 Unbeknown to Dex at the time, the OIAO programme would be the start of a life changing pathway into the professional yachting industry through the Clipper Ventures network. He said: “During the Our Isles and Oceans training programme, I realised that there are quite a lot of similarities between life as a musician and life in sailing. So I thought ‘this is great, I’d like to do more of this!’

I planned initially to complete some more courses and get a bit of experience, but then I found out about the Professional Sail Training course, a 17 week yachtmaster course at Hamble School of Yachting, and thought that this is something I want to do.”

Fast forward to the start of 2022 and Dex had some work cancelled due to COVID-19. He says: “It was a sign that the time was right to pull the trigger on doing the prestigious RYA Yachtmaster course. I called up Hamble School of Yachting two weeks before the course started and luckily there was a space so I booked myself on.

“I had a great time doing the course, and through that I became more accustomed to the Clipper Ventures world - how the different businesses are connected and what each one offers - and spent a lot of time parking next to the yachts. After I passed my RYA Yachtmaster exam I was asked to become a Mate on the inaugural SKIRR Adventures high latitudes expedition this summer!” 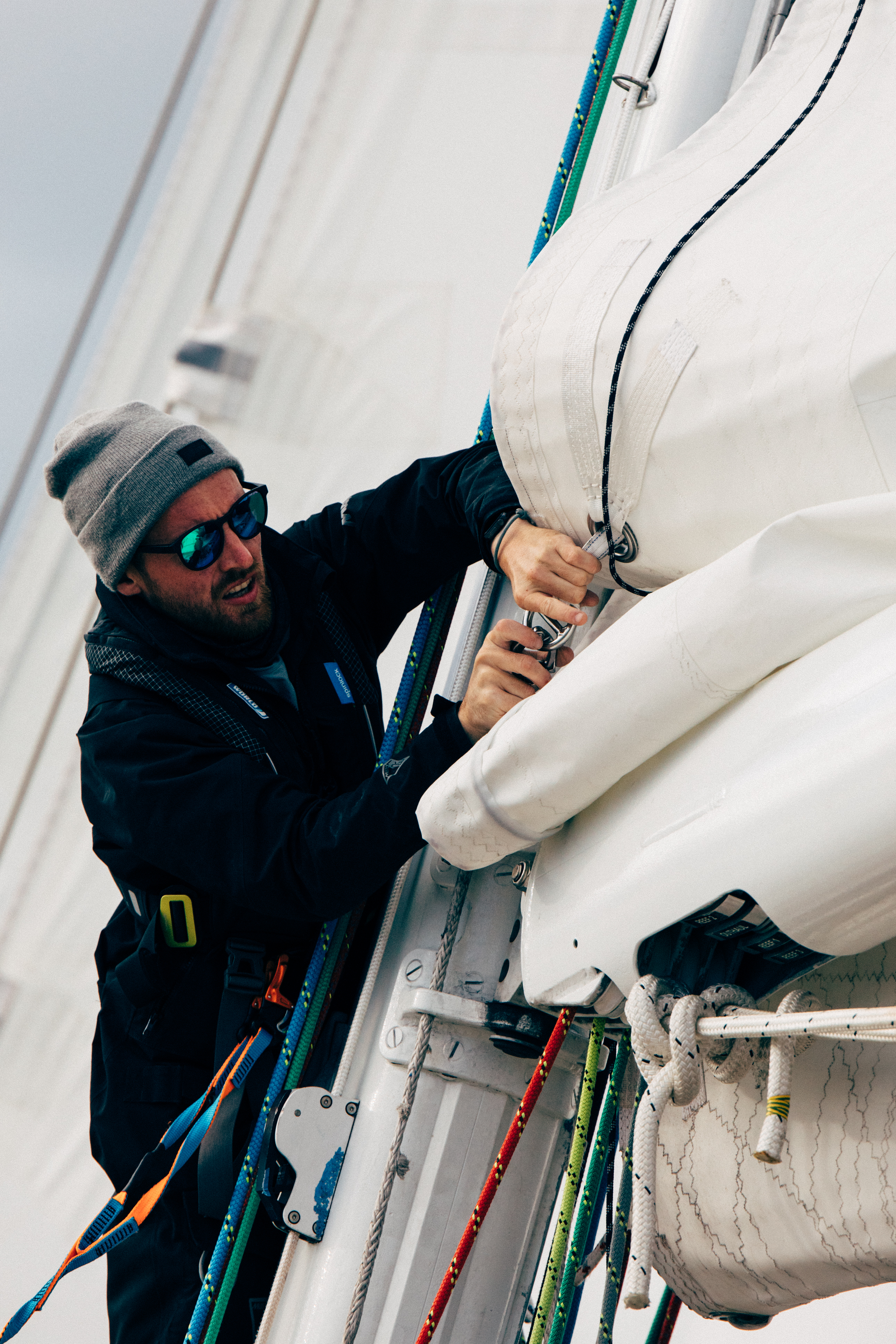 Image: Dex on the recent SKIRR expedition to the Arctic Circle

Leading sailing school Hamble School of Yachting, which is part of the Clipper Ventures umbrella, is run by Chris Rushton who noticed Dex’s natural talent for leading a crew and nominated him for the role of SKIRR First Mate following his training. He said: “Dex’s manner is perfect for working in sailing. I put him forward for the SKIRR First Mate role - which is a key role that links between crew and skipper - because of his unbounding enthusiasm and fantastic people skills, which are really important in that position. Of course, Dex is a great yachtsperson too.”

In fact, Dex’s wealth of experience working as a musician and a tour manager has put him in fantastic stead for a career change to sailing. Chris adds: “The dynamics that come with being a musician - working with lots of different types of people - really helps and definitely translates across to sailing where you’ll often have a crew of people from different places, backgrounds and beliefs. In fact, there are a lot of skills from many different careers that can translate over to sailing for those looking to make a career change.”

Becoming First Mate for SKIRR Adventures, part of the Clipper Ventures group, gave Dex the chance to experience high latitudes expedition sailing - and revisit Tobermory, which was a stop during Leg 1 from Gosport to Oban and a port of call during the OIAO programme. He reflects: ”It was really nice to go back up to Tobermory, where I’d been with OIAO the year before, it's like things had gone full circle having been there the year before experiencing sailing for the first time and then a year later going back as a Mate. It was nice to be back in the same waters as 2021 - it was just as wet and windy!” 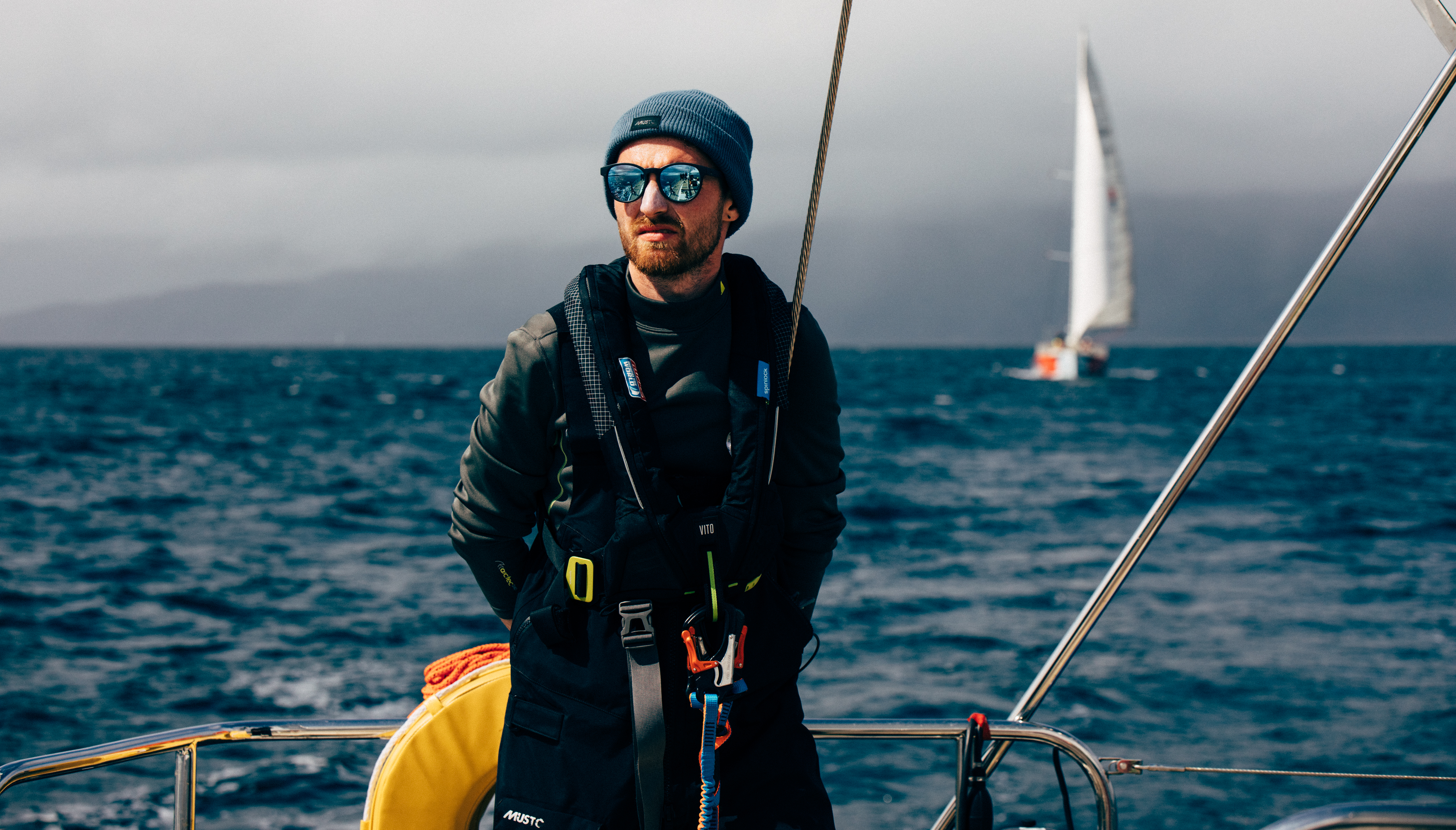 Dex was also a First Mate during the fourth and final legs of the high latitudes expedition. He recounts: “There is nothing that I can liken the high latitudes adventure sailing to. We crossed into the Arctic Circle at about 4am and it was complete daylight which in itself is strange to experience. A few hours later on the horizon we saw this huge outline. We got the binoculars out and it was an iceberg. It was quite far away from us but looked incredibly close. We saw it from 16 miles away and passed it at 2.5 miles away and it was massive! Really special.

“Because you're all so close on the boat, it never feels like you’re too far away from civilization but when you look at a map, you realise just how far away you are. It was great to see a place which gets talked about so much in regards to sustainability, the environment and the planet. It was eye opening. You don't see a great deal of waste and the water is incredibly clear. You get the feeling that it’s very unspoilt in that part of the world, but then we know it’s suffering and is affected by other parts of the world.”

On the crew members he met, he said: “We had such a great mix of people on board from 18 year olds wanting to experience sailing for the first time to very experienced Clipper Round the World Yacht Race crew looking for their next adventure. It’s amazing though, because after the first day where we go through all our procedures and sailing and getting to know everyone, and once settled into watch systems, everyone bonds so well and you become a tight knit family. We had a few friends on Leg 4 but otherwise everyone had joined to take part solo. Everyone had a great time and I think there will be a lot of friends made amongst the crew.”

Dex is one of many people at Clipper Ventures who have swapped an existing career to work in sailing professionally. Clipper 2019-20 Race Skipper Mike Miller, and Additional Qualified Persons (AQPs) Ineke van der Weijen, Mary Vaughan-Jones, Nano Antia and Dan Bodey all caught the sailing ‘bug’ and swapped to professional sailing in recent years.

For Dex, it’s no different: “I got the sailing bug back while doing the OAIO programme and everything I’ve done subsequently has confirmed it. I love the way of life, sailing and teaching people. It’s been great to have learnt so much and had the opportunity to pass that on to people who are new to sailing - and develop my professional career too. There have been lots of extra responsibilities to pick up on board from navigation and decision making which is great to reinforce what we already know and build experience.”

Going from strength to strength, Dex is currently working as a Clipper Race Training Mate and has just facilitated a course with highly experienced Training Skipper Emily Caruso, who has also skippered on the Our Isles and Oceans programme. She said: "The rate at which Dex has developed as a sailor is not only testament to his own commitment and drive but also to the emerging early success of the Our Isles and Oceans programme. It has been a privilege to have been a part of the programme and I'm excited to see what the future holds for Dex and other young sailors to follow. I am a huge advocate for any avenue that encourages inclusion and diversity in our sport."

Dex plans to be part of the Clipper Ventures family for a while to come, adding: “I’m absolutely hooked and hope to do more high latitude expeditions with SKIRR - and maybe become a First Mate on the Clipper Round the World Yacht Race. The end goal is to skipper a boat in the Clipper Race!” 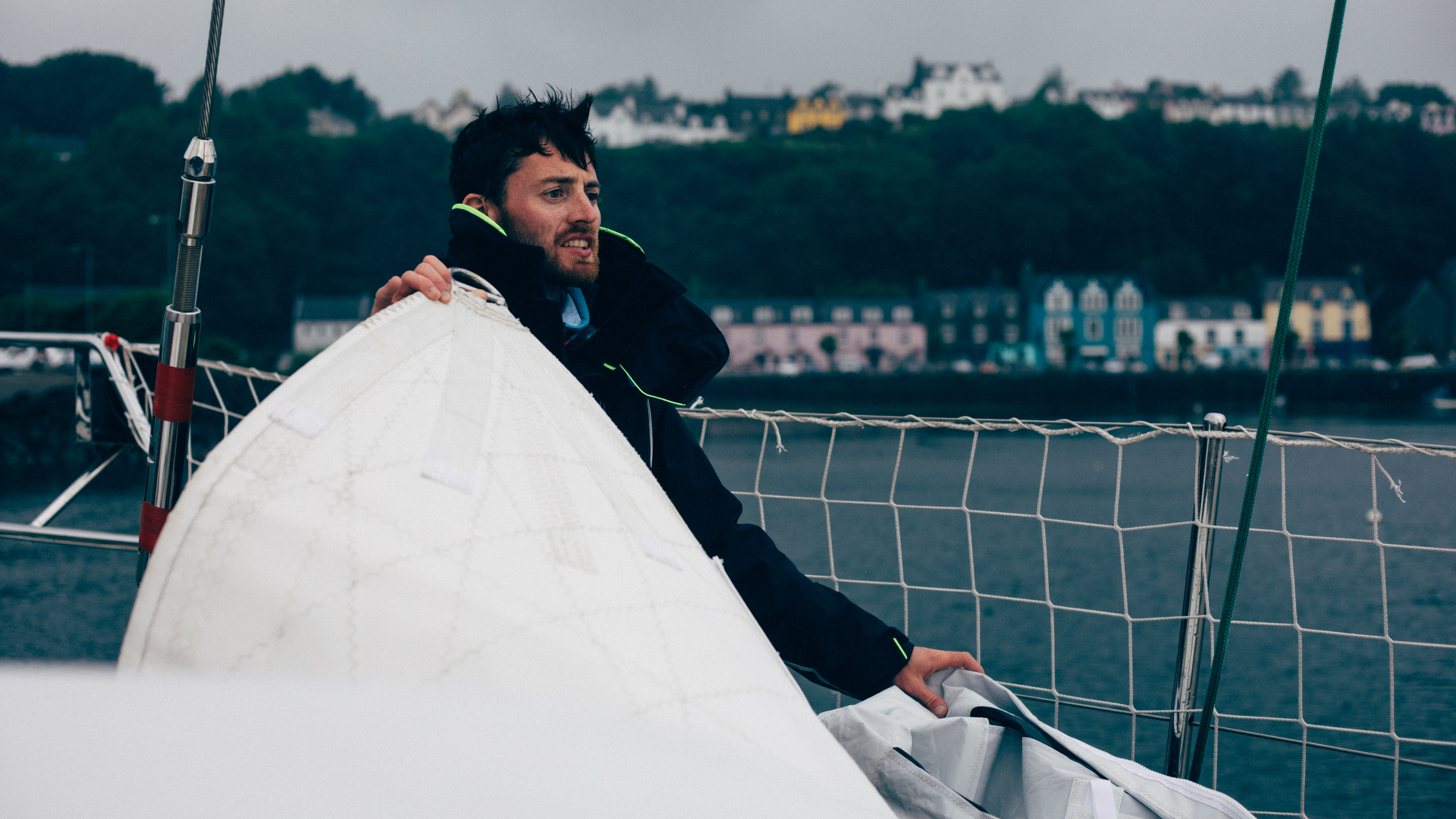 #ChangingTack is a series on how ocean sailing and time spent at sea in the rawest and wildest environments changes us, and can inspire a life or career change.In her early twenties, not long out of university, Mary Vaughan-Jones was working as a fitness instructor,…