​Busiest boot to date for Clipper Ventures in Düsseldorf

Whilst the action continued in The Whitsundays, in Europe the Clipper Race team headed to boot Düsseldorf last week to meet with those attending the world’s biggest boat show and explore why they should get involved with this ocean racing challenge. 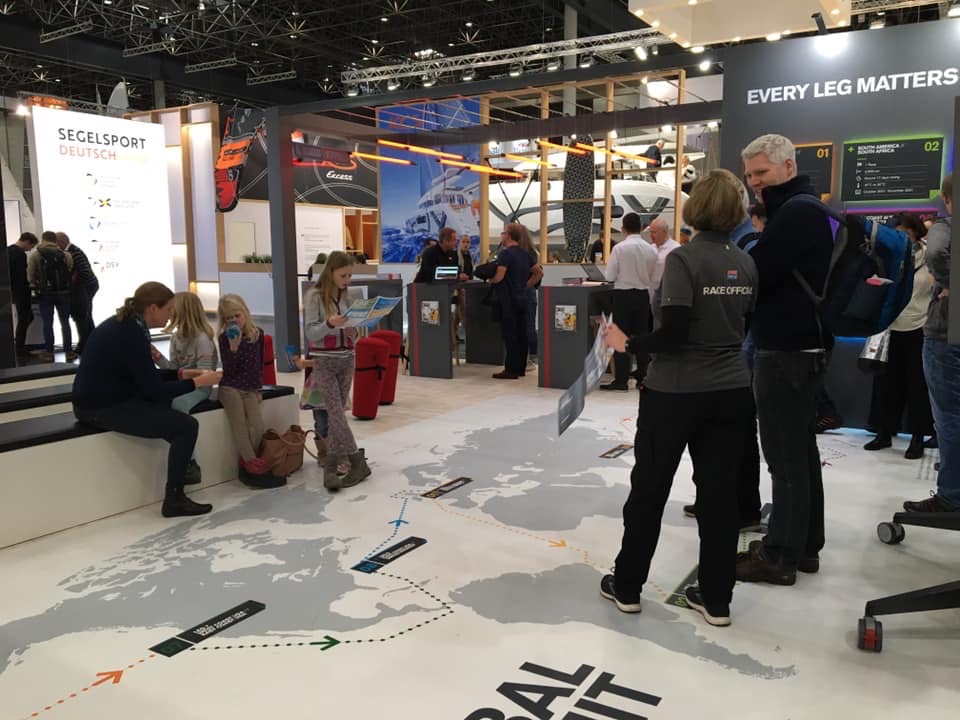 Image: The Clipper Ventures stand in Hall 15 at boot 2020

Welcoming thousands of boat show visitors onto the Clipper Ventures stand, Clipper Race Recruitment Director Della Parsons and her team of former Clipper Race Crew were on hand to share their inspirational stories and anecdotes from their experiences of racing the world’s oceans.

It was the busiest boot for Clipper Ventures to date with future Race Crew inquiries pushing into the hundreds. Following in Ina Baum’s footsteps, current Zhuhai circumnavigator, one intrepid adventurer has been inspired to sign up instantly to race the entire 40,000 mile long Clipper 2021-22 Race after hearing about it at the show. 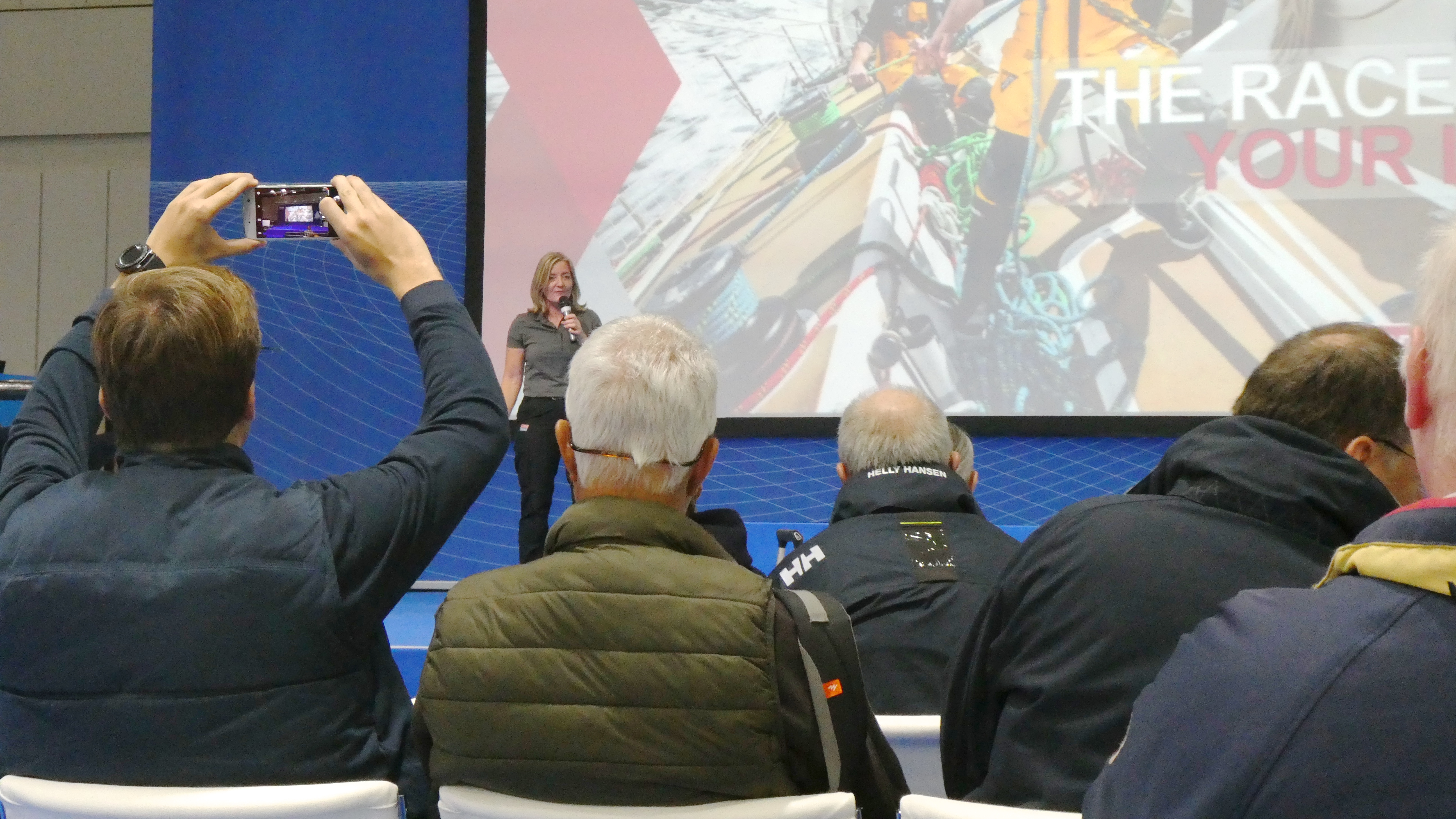 Image: Della Parsons led a series of talks, screenings and panel discussions on the sailing stage in Hall 15

Speaking about boot 2020, Della said: “Returning to boot for the second time was brilliant. The Clipper Race stand drew a huge number of visitors and it was fantastic to talk to so many adventurers, sailors and explorers from all over the world and introduce them to the Clipper Race.

“Whether visitors were talking to one of the team, attending a talk or tracking the race live from the stand, it was brilliant to see so many engaged. Many were people were unaware that this opportunity was open to people with little or no previous sailing experience, so it was great to see the excitement in their eyes when they realised this was something that they too could do.” 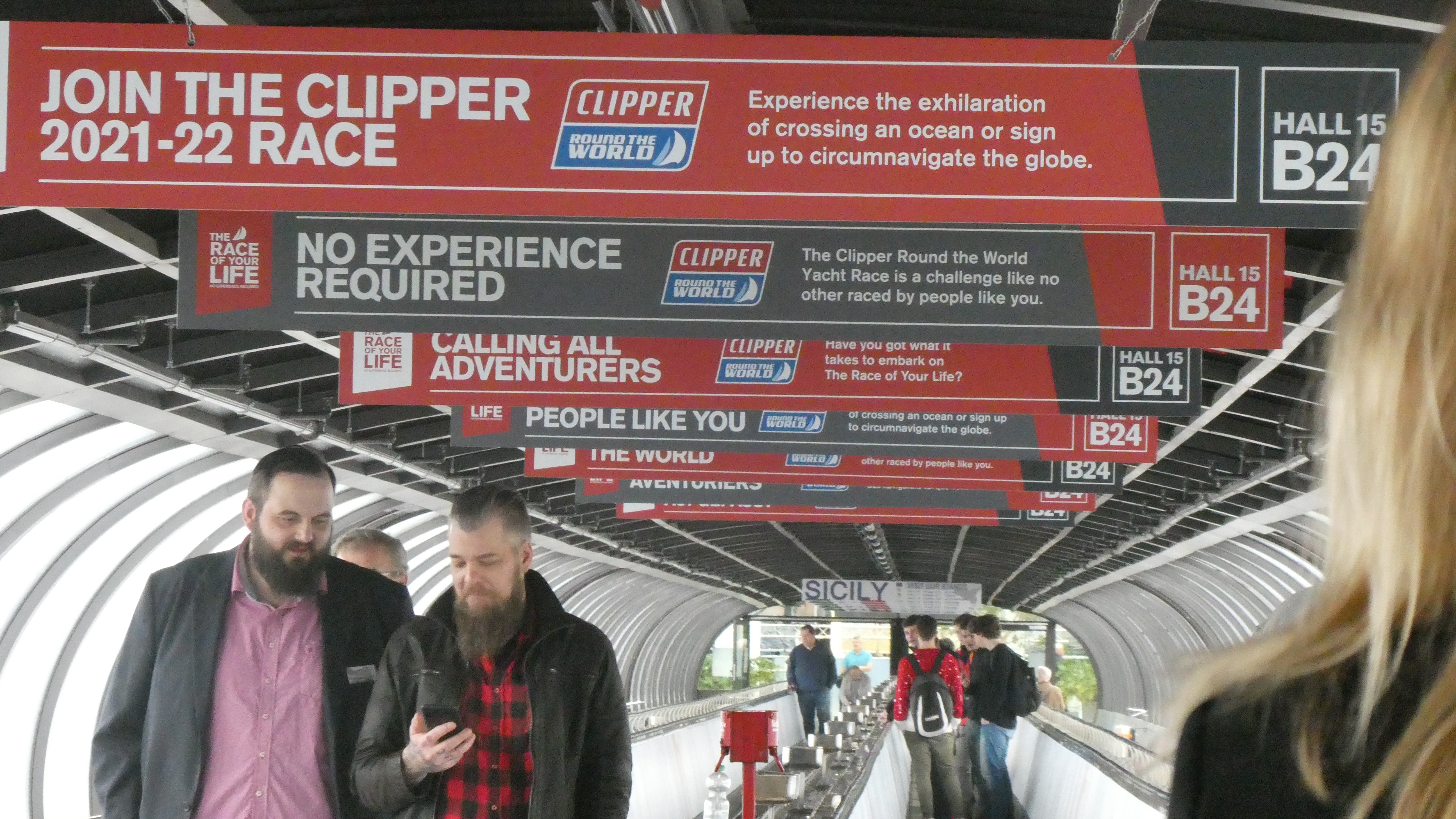 In addition to the host of interactive content and experts on the stand, the Clipper Race hosted a number of talks, panel discussions, film screenings and Q&A sessions on the main Sailing Stage in Hall 15.

Notably, the Clipper Race’s important and innovative research collaborations into ocean health were brought to the forefront by Alex Smith, Clipper Race Commercial Director, and Toste Tanhua, Chief Scientist and Chair of UNESCO-IOC/WMO. 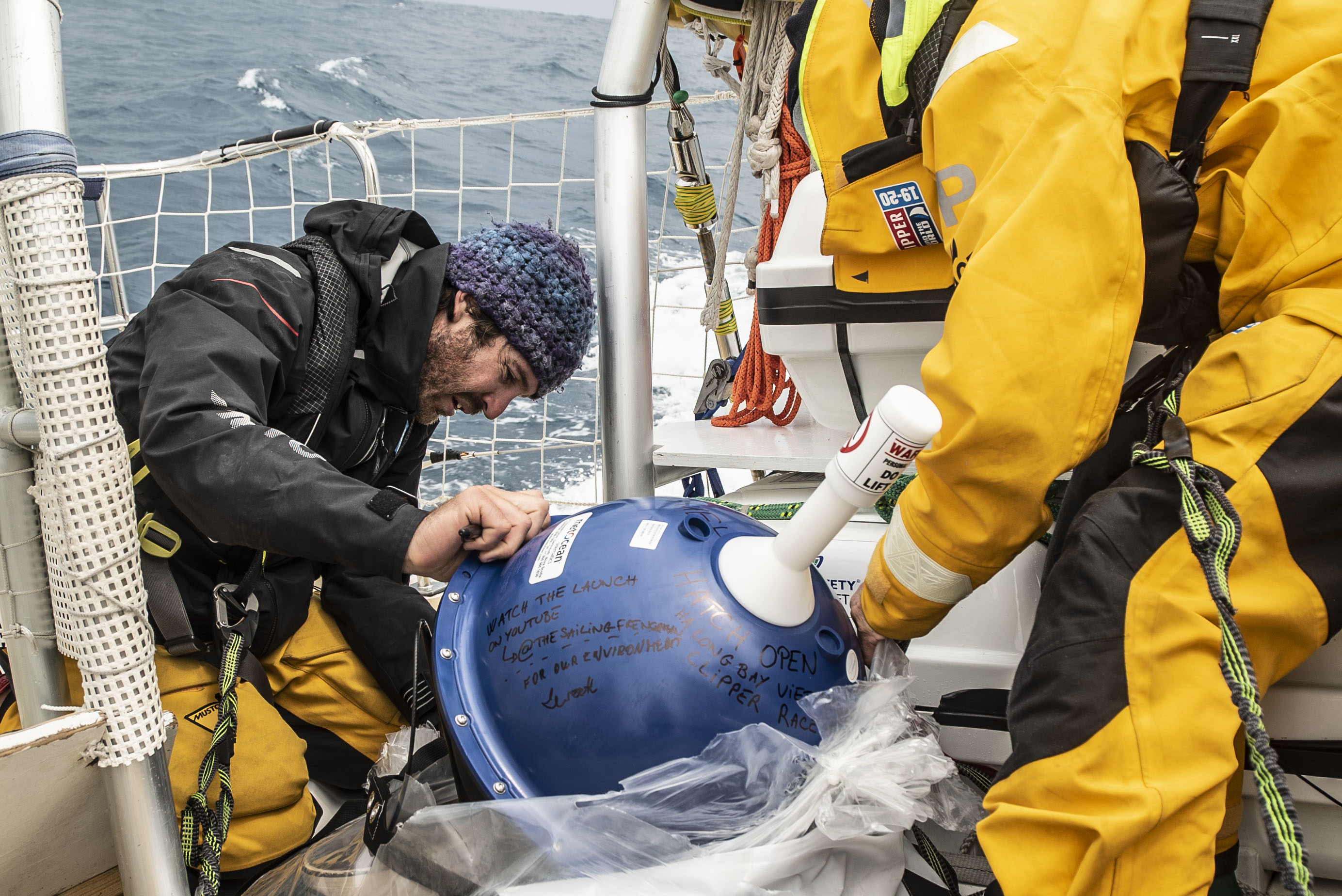 The Clipper Race has been deploying a series of drifter buoys which float on the ocean’s surface and send back its GPS position, barometric pressure and sea surface temperature. 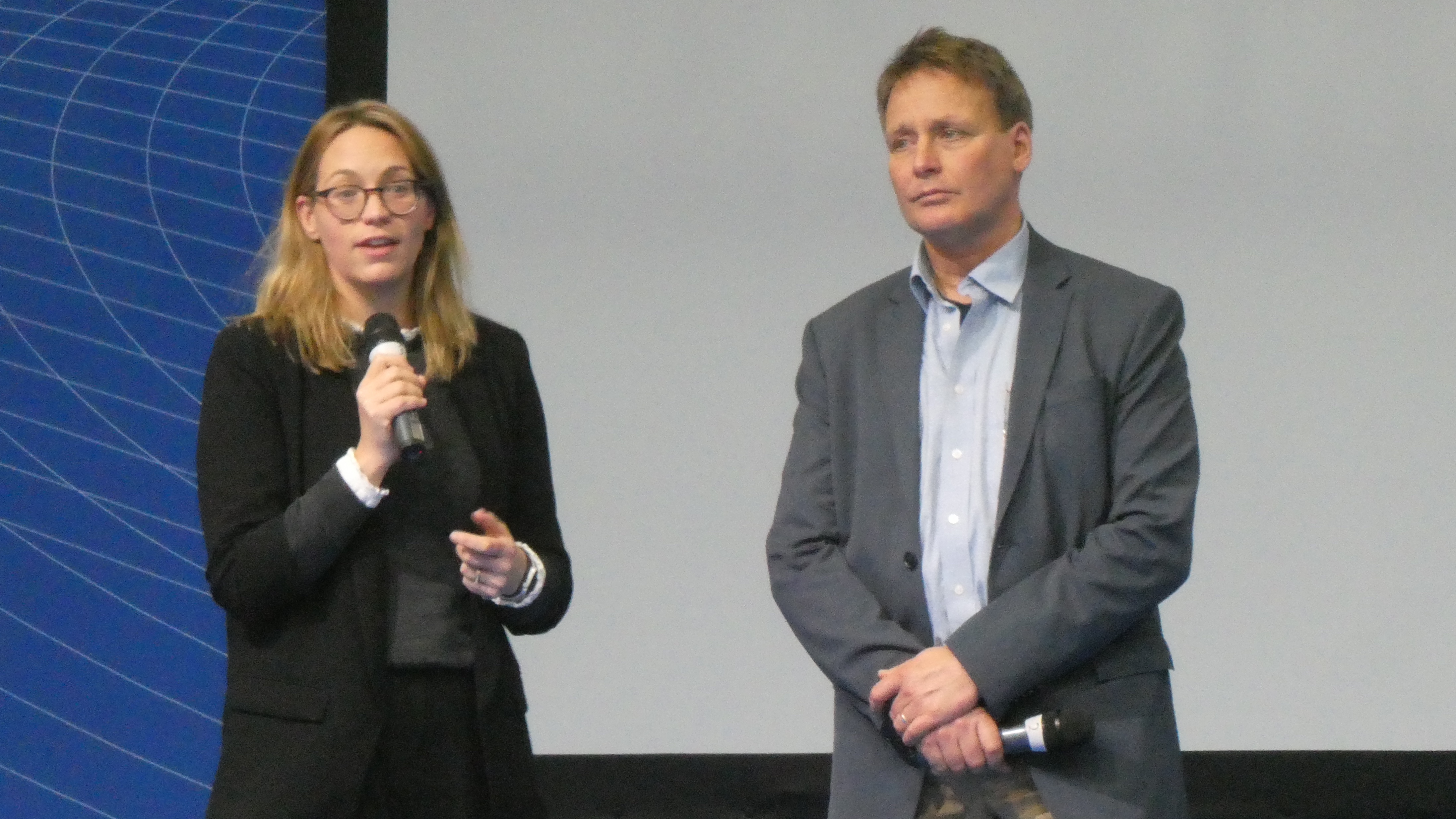 Image: Alex Smith was joined by Toste Tanhua to talk about the ocean health programme

Exactly a year ago, Ina, a business consultant from Köln, came to boot and signed up to the Clipper Round the World Yacht race. She is currently more than half way to becoming one of a handful of women to circumnavigate the world. Having only sailed recreationally Ina soon realized the challenge would be a complete contrast to her previous trips. This short film finds Ina crossing the South Atlantic and the Southern Ocean facing unimaginable conditions including 80km winds, 20m waves and freezing temperatures. 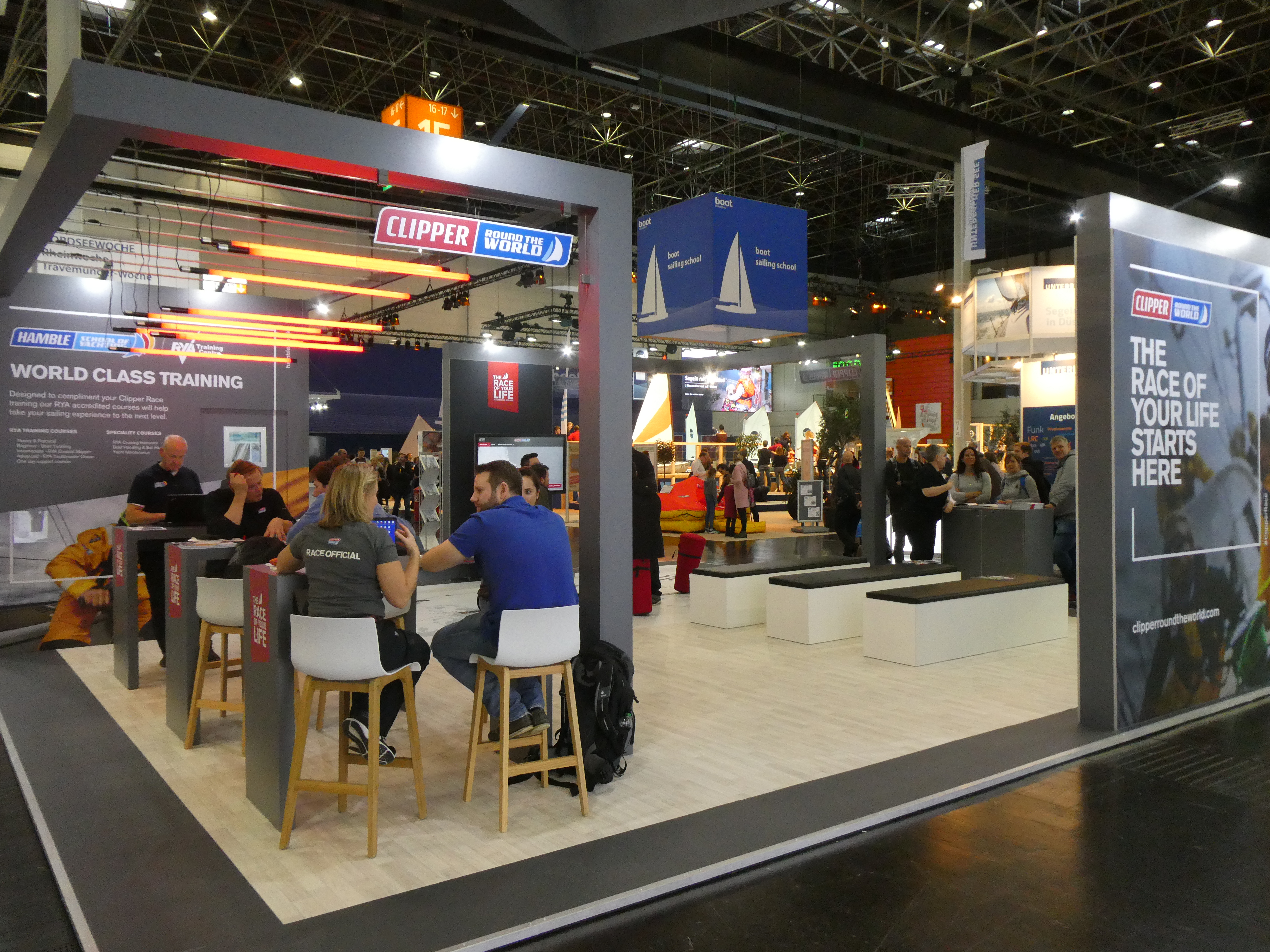 Clipper Round the World Yacht Race was joined on the stand by sister company Hamble School of Yachting which prides itself on over 35 years of delivering quality RYA tuition.