It has been a day of emotional reunions and introductions in Cape Town today as former young black South African Clipper Race crew came together to celebrate their ‘Dare To Lead’ heritage with this year’s team.

Over the last seven years Dirk Van Daele, a European financier and philanthropist, has partnered four teams and established the Rainbow Foundation to develop the leadership qualities of young black South Africans.

Twelve of the original Rainbow Foundation ambassadors who first sailed in 2013-14 and 2015-16 aboard Invest Africa and Ichor Coal, with some also sailing on Dare To Lead in 2017-18, met up with the Clipper 2019-20 Race skipper and crew of Dare To Lead to share their common heritage. 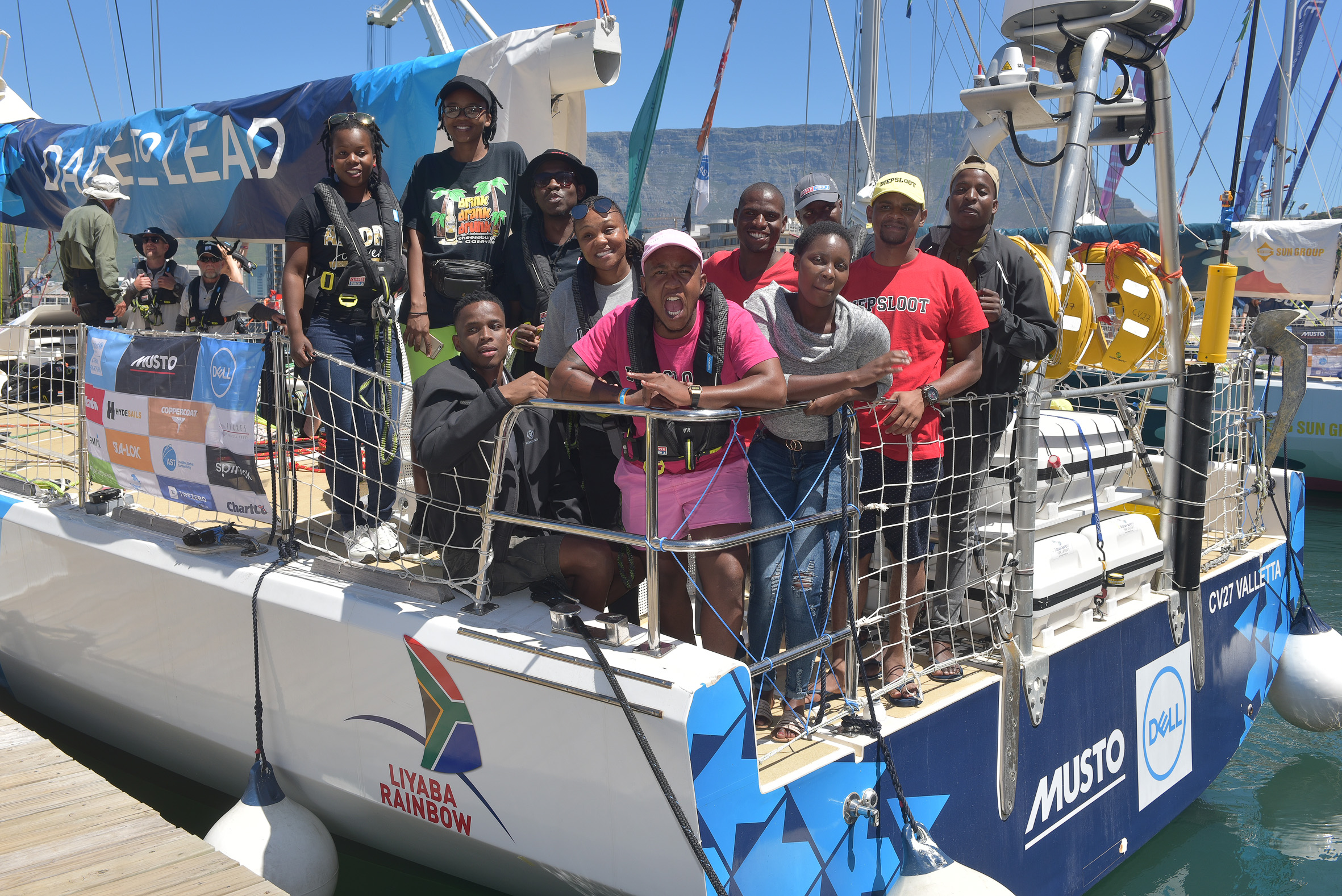 IMAGE: Ambassadors reunite in Cape Town for a sail on board Dare To Lead

Dirk Van Daele said: “Dare To Lead is built on the concept of developing leadership skills through sailing that can be translated back into commercial companies, public organisations and local communities. The qualities that make winning teams on the water can often be similar back on dry land.

“We have a proud heritage dating back to the initiative we launched in South Africa in 2013. Now, seven years later, the Dare To Lead concept team carries this legacy around the globe with the aim of attracting additional partners for future races who would like to create their own youth development programmes in other parts of the world, including China.” 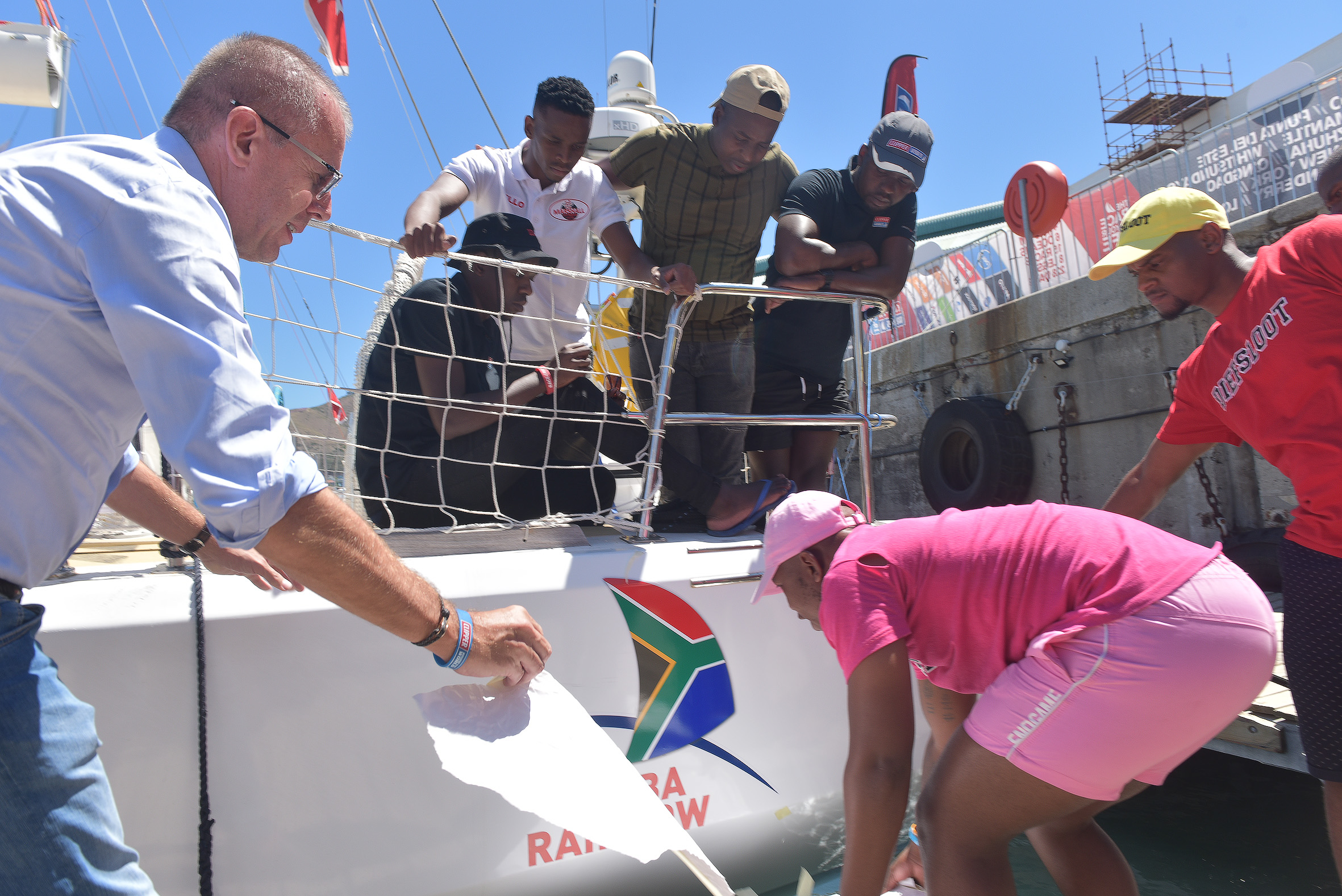 All of the ambassadors participating this weekend have progressed into community role-models and are pursuing diverse education and career paths from professional yachtsmen to electrical engineers, a firefighter, agriculture, tourism, social community development and even with the United Nations. All demonstrating that they ‘Dare To Lead’.

Charlotte Maila is an orphan from Limpopo and had a tough life on her own growing up. Now she is studying to join the Fire and Rescue Service. She said: “I shared my story and the experience I had in the Clipper 2015-16 Race to motivate the young people I work and live with back in the village. I'm still sharing with the guys I'm studying with and we do knots almost every day.”

Siphamandla Ngcobo, also known as ’Superman’ – Blossomed through his sailing experience and has now completed an electrical engineering course. His aim is to open his own company and offer jobs to other local young people from his community: “From my experience in the Clipper Race, through the Rainbow project, I learnt to be more patient and responsible. It gave me the power to challenge myself at all times to become a better person than before. It taught me a lot about working with people from different backgrounds. I've become more of a good listener since I love helping people, it has given me the passion to keep going on.” 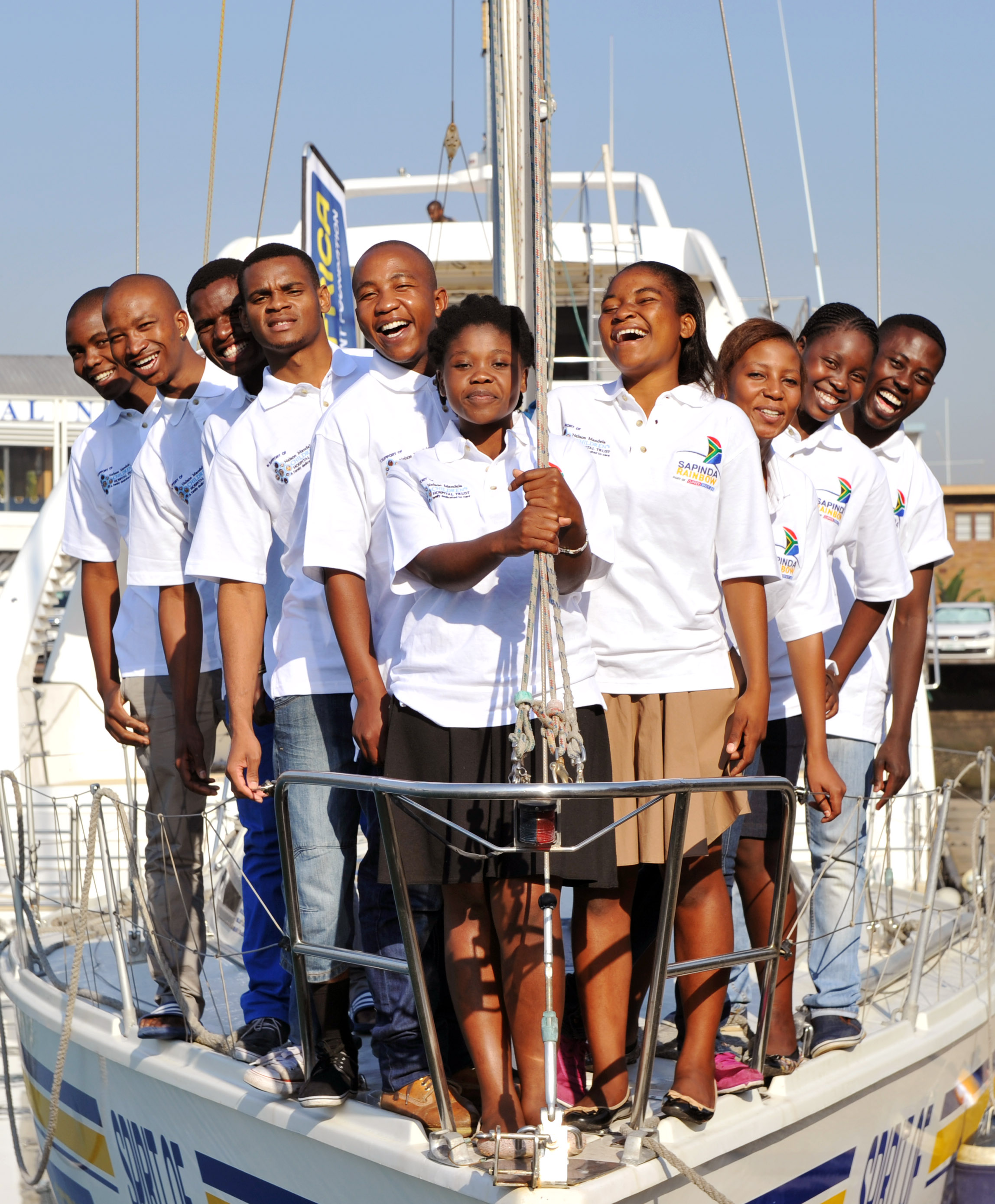 IMAGE: The original eight ambassadors that took part in the Clipper 2013-14 Race

Ben Makhanya was just out of school with no real outlook or prospects and is now working as a First Mate in Cape Town. He said: “The experience I got from sailing in the Clipper Race led to me achieving my Yachtmaster qualification after further training back in South Africa. This enabled me to work with the 2 Oceans Maritime Academy to help students prepare to get their Yachtmasters.”

One of the former ambassadors who was sadly murdered last year was particularly missed and remembered. Masibulele Liyaba, known simply to friends as Sbu, had made an incredible journey from being a self-confessed ‘gangster’ in the mining town of Orkney in the North West South African province near Johannesburg, to gaining his educational qualifications and setting his sights on work and family.

He not only became a yachtsman but also an advocate for the project and ended up sharing a stage in Berlin with actor Idris Elba for a charity premiere of the Nelson Mandela biopic Long Walk to Freedom in aid of the Nelson Mandela Children’s Fund. But tragically he became a victim of violence just over a year ago when he was stabbed to death when he visited his grandmother back in Orkney.

In his memory Dirk Van Daele has decided to rename the foundation as the Liyaba Rainbow Programme and the new logo was applied to the Dare To Lead yacht hull in a short ceremony.

Dirk explained: “This not only symbolises a shared heritage and our continuing partnership, but also sees Sbu’s name back on the ocean that helped transform his life.” 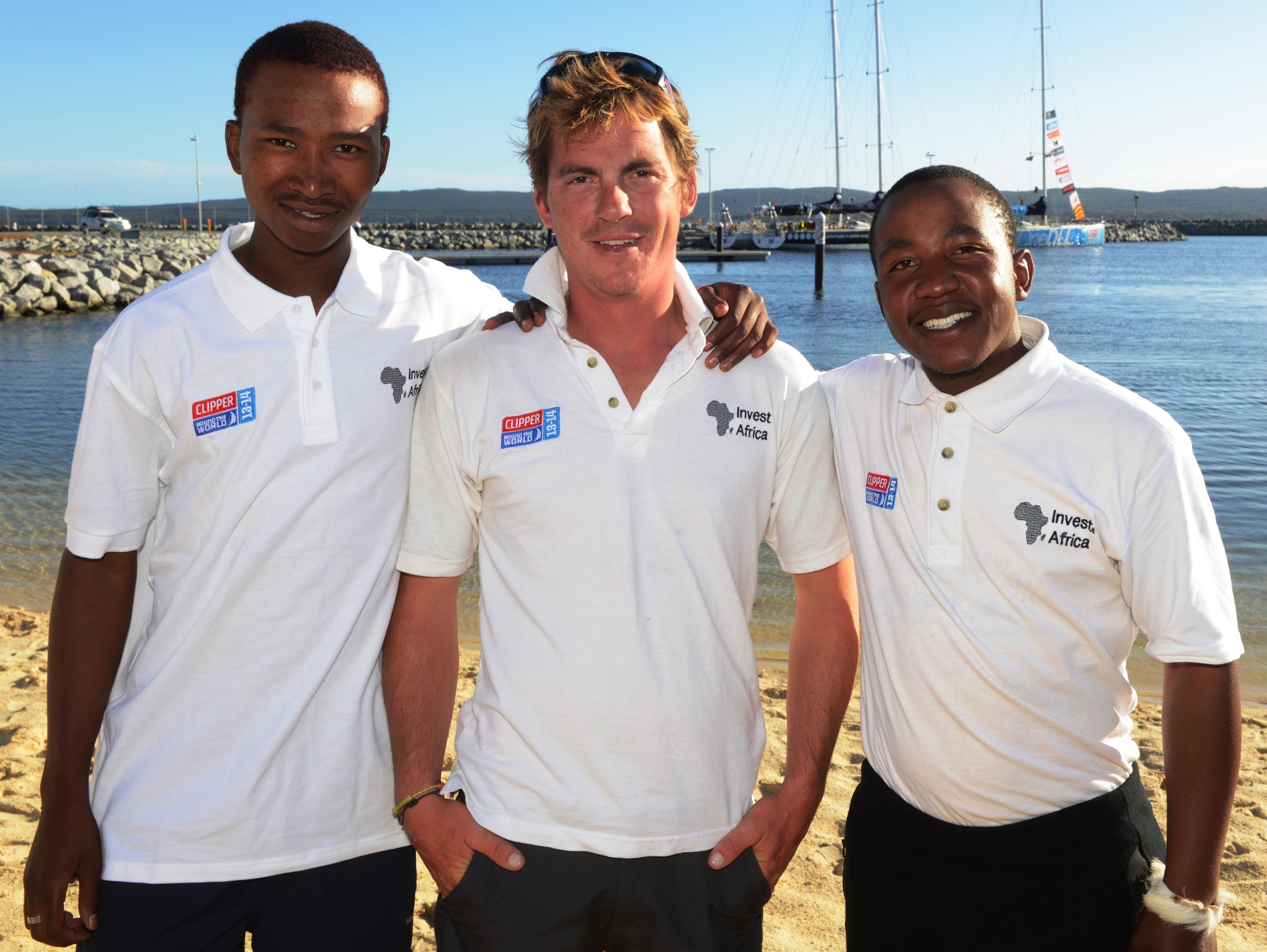 Mbongseni, known as Hitman CEO, an old friend of Sbu from the first group of Ambassadors in 2013, helped to reveal the new logo for the Liyaba Rainbow programme on the Dare To Lead hull. He said: "I remember Sbu with great warmth. I will never forget sailing into Albany in Australia from Cape Town in November 2013 and seeing him waving and smiling on the pontoon to welcome me. He was taking over for the leg around Australia. It touched me seeing one of us waiting there for the handover. That was a special moment I remember. "

The day concludes with a Heritage Reception when the Liyaba Rainbow programme ambassadors and the current Dare To Lead crew can share stories and experiences.