Over the past eleven editions of the Clipper Race, thousands of women from all over the world have been introduced to sailing and trained to be ocean racers.

The 2019-20 edition is due to restart in just a few weeks time. Some 228 crew participating across the remaining three legs are female, and over 40 women are currently preparing to cross the North Pacific Ocean, one of the toughest legs on the race.

What’s more, the current race now has four female professional First Mates, otherwise known as Additional Qualified Persons (AQPs.) The Clipper Race First Mates are working alongside the Race Skippers to lead their respective teams from the Philippines and all the way back to London. This role offers solid experience for further developing a professional sailing career, with the opportunity to advance to skipper.

Mary Vaughan-Jones, former Clipper Race Crew and now AQP on board Visit Sanya, China, said: “We’ve been out here [in Subic Bay] for a month and it’s been a super lovely environment and great to work with other female sailors.

Mary’s counterpart on board Seattle is Hannah Brewis. Her message to other women wanting to start sailing is not to be put off by any perceived barriers: “There isn’t just one skill you need in sailing - it's not just strength, or just intelligence (you need) - there’s so many things that make a good sailor. It’s about using your own strengths.”

Heather Broadbent, a round-the-world crew member on GoToBermuda, arrived back in Subic Bay last week, ready to finish her race. She tells us: “I’m so happy to be back here in Subic Bay! I joined (the race) in September 2019 which feels like a long time ago, but it is amazing to be back- I cried when I saw my Skipper, Wavy, so I think that says it all!"

“I signed up for the Clipper Race in 2019 because I saw some adverts on television, and I’d not really heard of the race before. However I saw Wendy Tuck come into Liverpool as the first female Skipper to win a race of this kind. I saw the tagline it could be you and when I saw Wendy, I thought wow it could be me, so I did my research and signed up, and the rest is history.”

Candela Guo, a fellow round-the-world crew member on GoToBermuda from California, USA, found out about the Clipper Race when she was in college. For Candela, it’s been a life changing challenge. She explains: “I was trying to work out what I wanted to do, I’d always had a dream to sail around the world but I’d never had the opportunity to do so. After the two year gap, I’m so excited to be back. 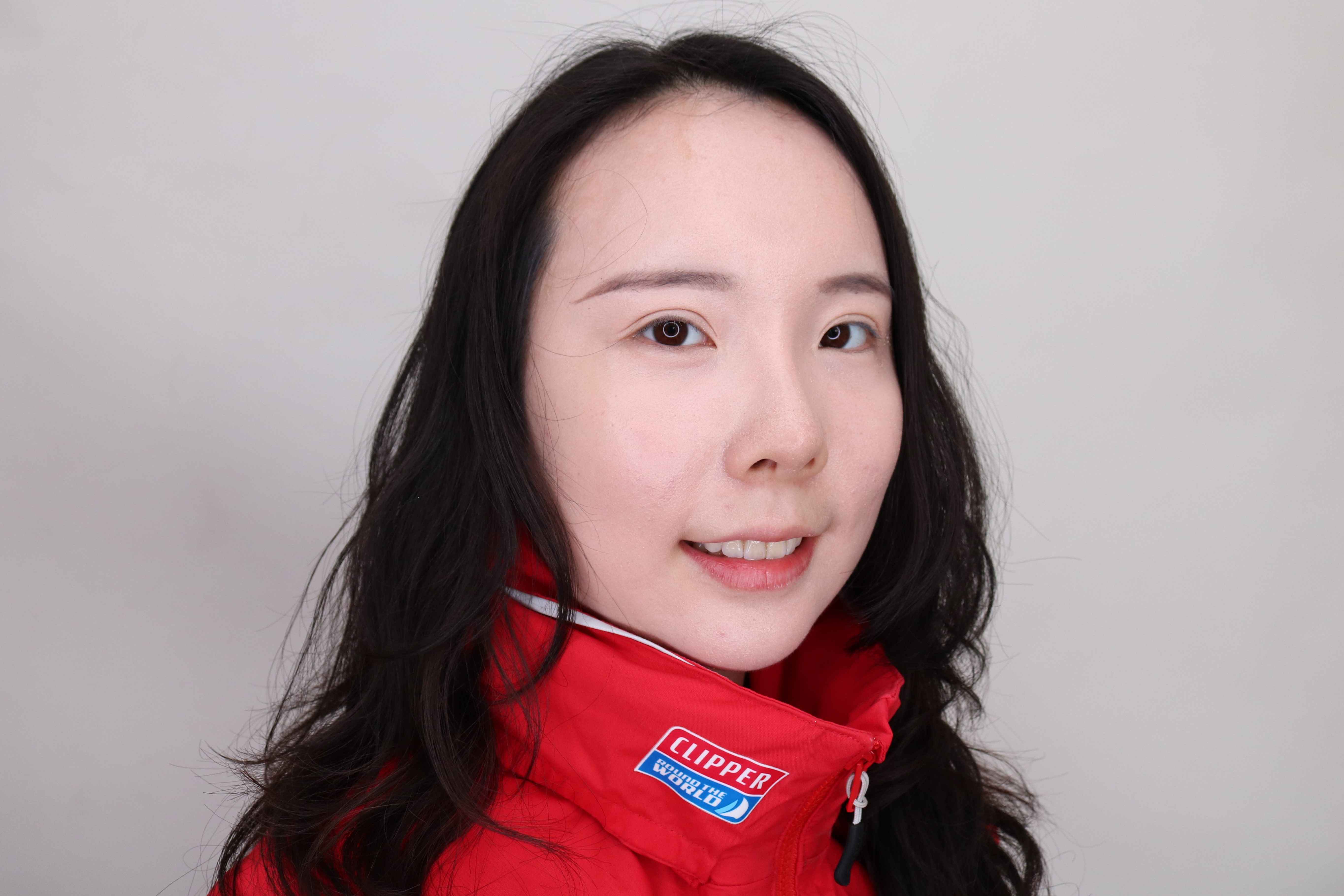 “I see myself in a different way now. Before doing the Clipper Race, I was the mediator in a group- I would avoid conflict and I wouldn’t voice my opinion very often. After being on the boat and working with my Skipper, AQP and crewmates, I really worked on communication. Coming back has made me realise how much the Clipper Race has changed my life!”

On physicality and the Clipper Race, Candela added: “I’m quite small, so I never thought I would work on the foredeck or helm but my Skipper, Wavy, taught me and encouraged me to do it all - and it’s been a great experience. When we had to go home [when the race was paused in March 2020], people were surprised at what I had achieved!”

Echoing Candela, Maddie Church, 25 from Connecticut US , who will be racing alongside her father Chris when they embark on Leg 6 as part of the GoToBermuda team has a message for other women and girls thinking about taking on a similar adventure: “You can do it! Even if you’re surrounded by men and you don’t think you’re as physically strong, you can bring something else to the table. So do it - you’ve got nothing to lose!”

Jacqueline Kavanagh is a Round the World Race Crew on Ha Long Bay, Viet Nam. When asked about being a female sailor, she told us: “The weather, wind and waves really don’t care if you’re male or female. Once you’re on board, we all muck in and lift things that are equally as heavy, and there’s a lot of energy from everyone on board. So I don’t really give it too much thought to be honest!”

The Clipper Race made history in 2018 when Skipper Wendy ‘Wendo’ Tuck became the first woman to ever win a round the world yacht race. She was closely followed by the youngest ever Clipper Race Skipper, Nikki Henderson, who took second place at just 25 years old. Whilst more and more women are signing up to join the Clipper Race, there is still a lot of work to do in what is a predominantly male industry. From a Clipper Race perspective, with individuals like Mary Vaughan-Jones progressing from Race Crew to professional First Mate - and this role being a development stepping stone to Race Skipper, the company is hopeful we'll again see female skippers competing in the Clipper 2023-24 Race. 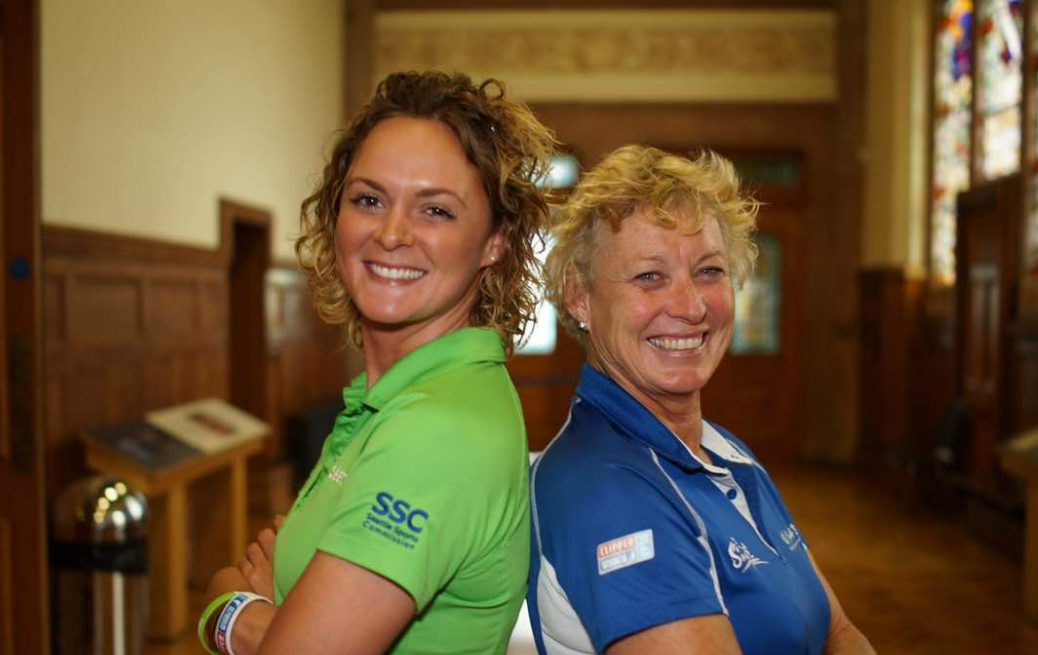 Della Parsons, two-time circumnavigator and now Recruitment Director at the Clipper Race said: “Undoubtedly, Wendy and Nikki’s success and leadership have really inspired many more women to challenge themselves and join the race, or even just give sailing a go.

“We are seeing more and more women sign up to the Race of Their Lives, and it’s amazing to see more female professional sailors and race officials working here at the Clipper Race. However, there is certainly more to be done in the industry, which on the whole is still very male-dominated. Whilst success in sailing, like anything, isn’t about gender, it’s about enthusiasm, skill and the willingness to learn, I do hope that more and more women can be inspired to challenge themselves and get involved in this extraordinary sport.”

Seattle First Mate, Hannah Brewis, concludes: “To be sailing against three other female First Mates is really great. We’ve got a close bond - it will be great competing against them but we're also good friends. We hope to move up to Skipper roles together!"

The sails are up! Skippers and First Mates take to the water in preparation for crew training

The sails are up! Skippers and First Matestake to the water in preparation for crew trainingAhead of Refresher/Level 4 training…

In photos: Refresher Training gets underway in Subic Bay, Philippines

Monday 7 March 2022After a busy few weeks of preparation, maintenance and Race Crew arrivals here in Subic Bay, all…