On Wednesday 16 October 1996, the matched fleet of eight 60 foot yachts left Plymouth taking a westwards route around the globe. Stopping at fourteen ports, the inaugural Clipper Race set the course for the following three editions of the race. Skipper Ras Turner and the Race Crew of Ariel took first position. A total of 186 people took part, and approximately 32% were female. 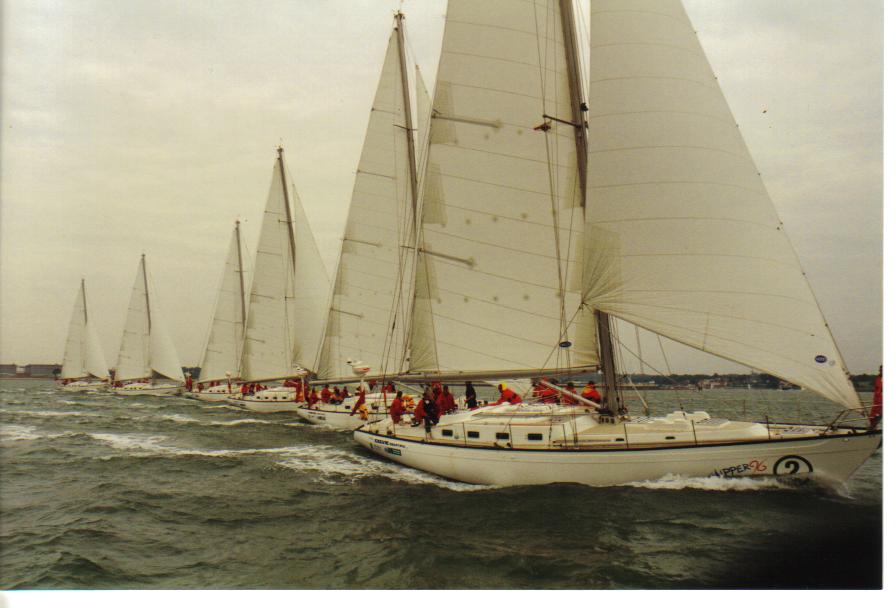 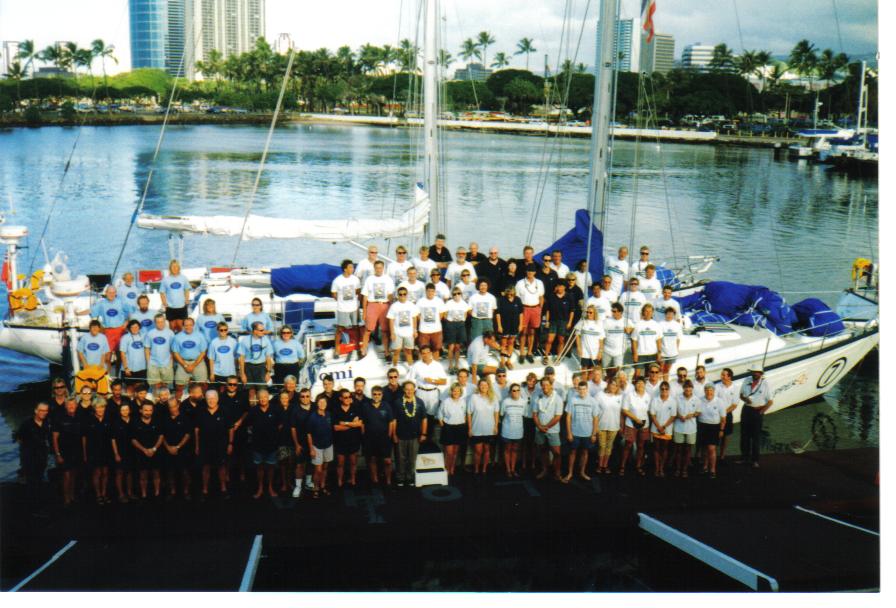 Famously won by the youngest winning Skipper to date, Alex Thomson, 24, and the crew of Ariel, the race followed the same westward route as in 1996, calling briefing at Nassau in the Bahamas. Seven yachts, crewed by over 230 people from all walks of life, started and finished in Plymouth. 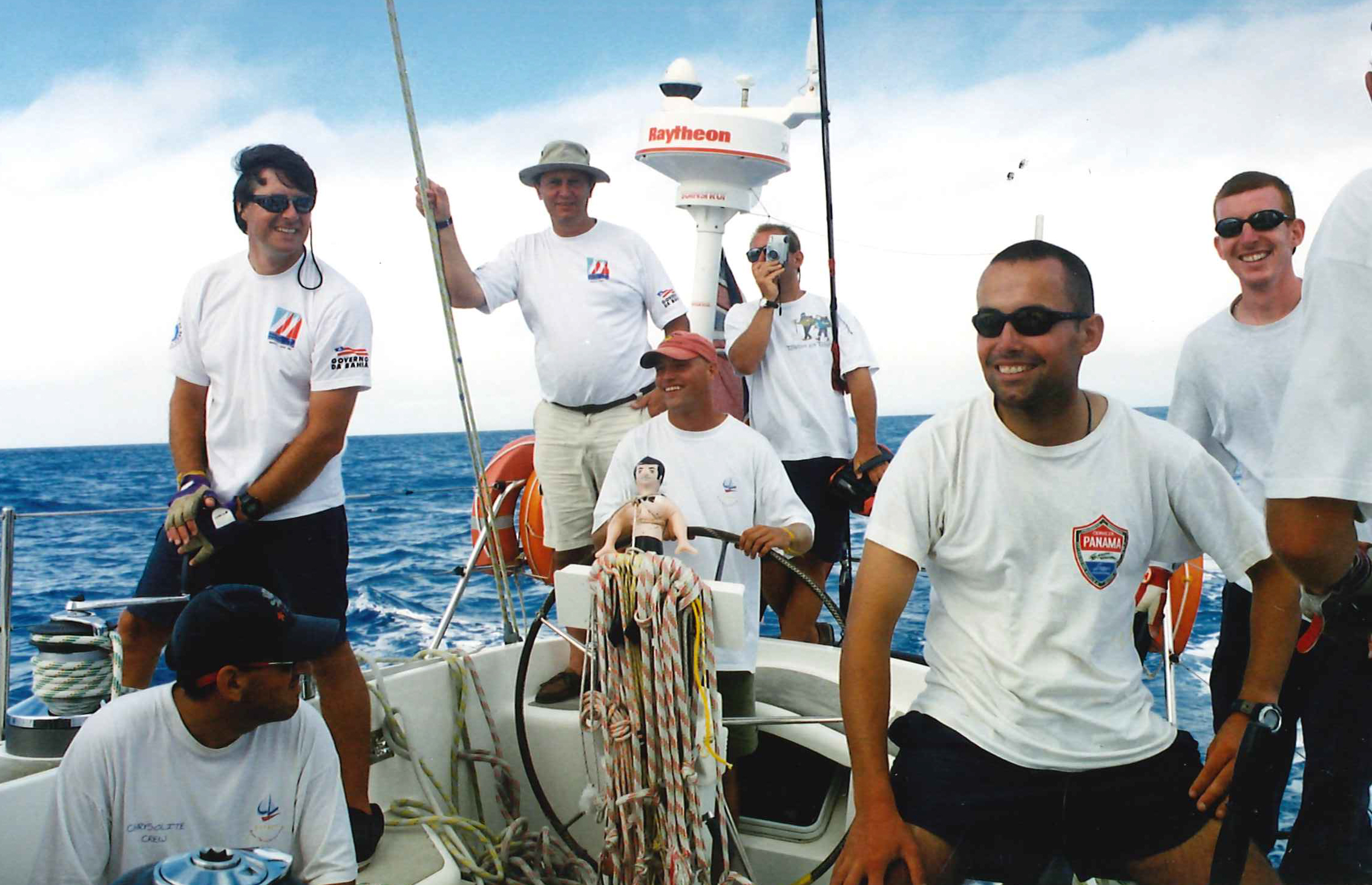 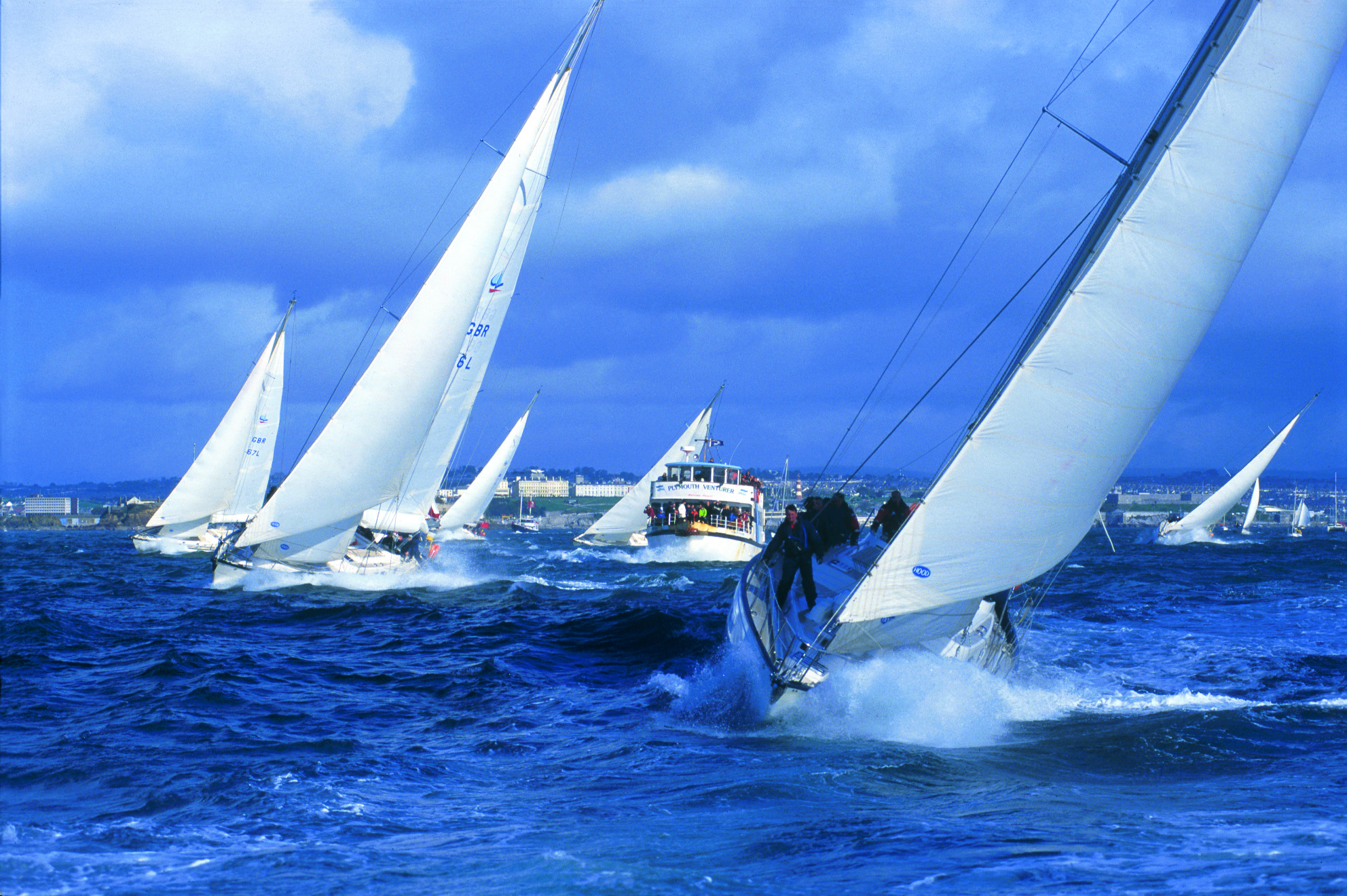 The Times became title sponsor of the ‘new millennium’ race, which departed from, and returned to, Portsmouth. Due to unexpected stops on Okinawa and Christmas Island there were sixteen port stops and five ocean crossings. The race between the eight yachts, with more than 260 crew, was won by Bob Beggs and the crew of Bristol, who were awarded The Times 2000 trophy. 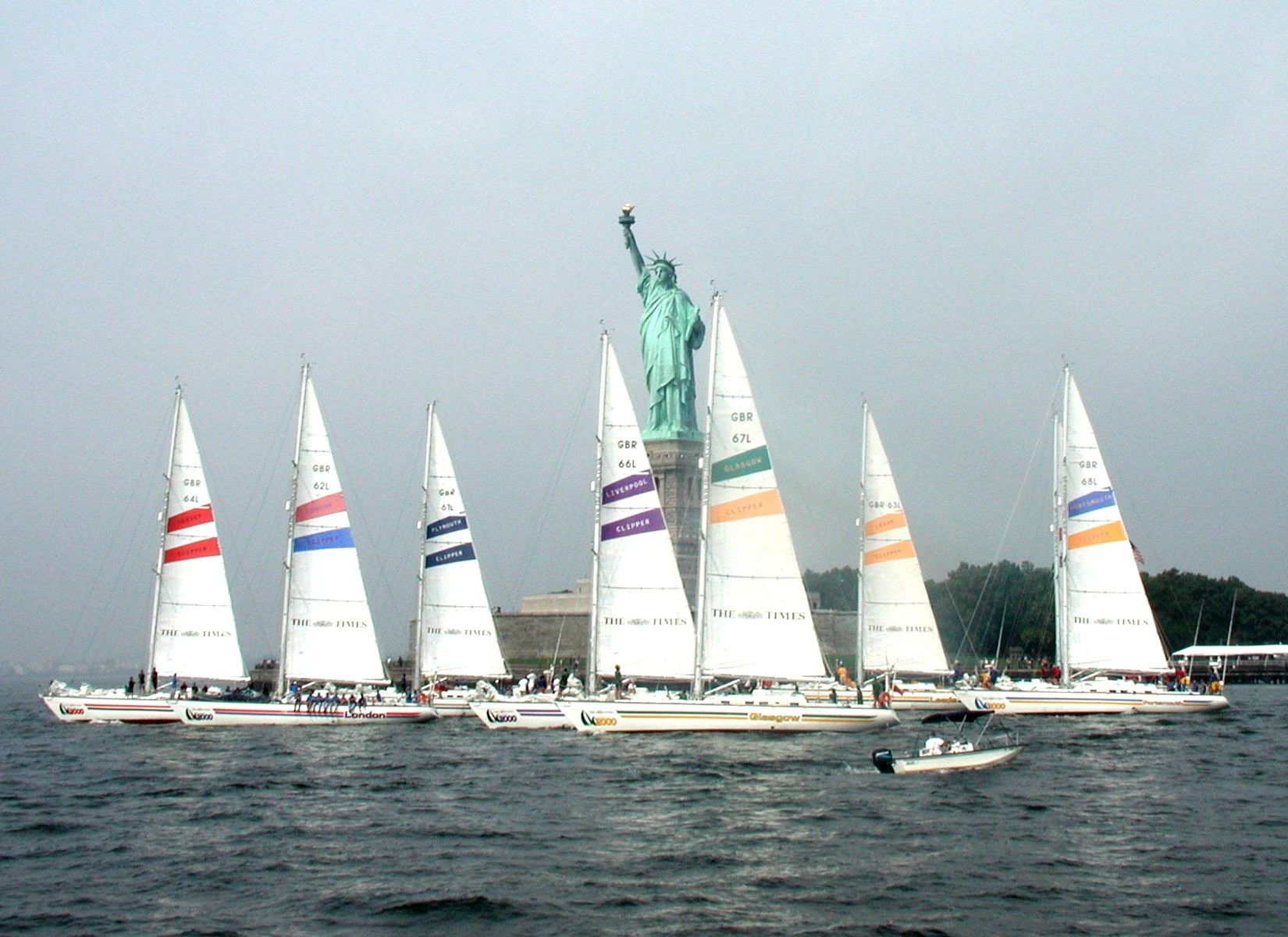 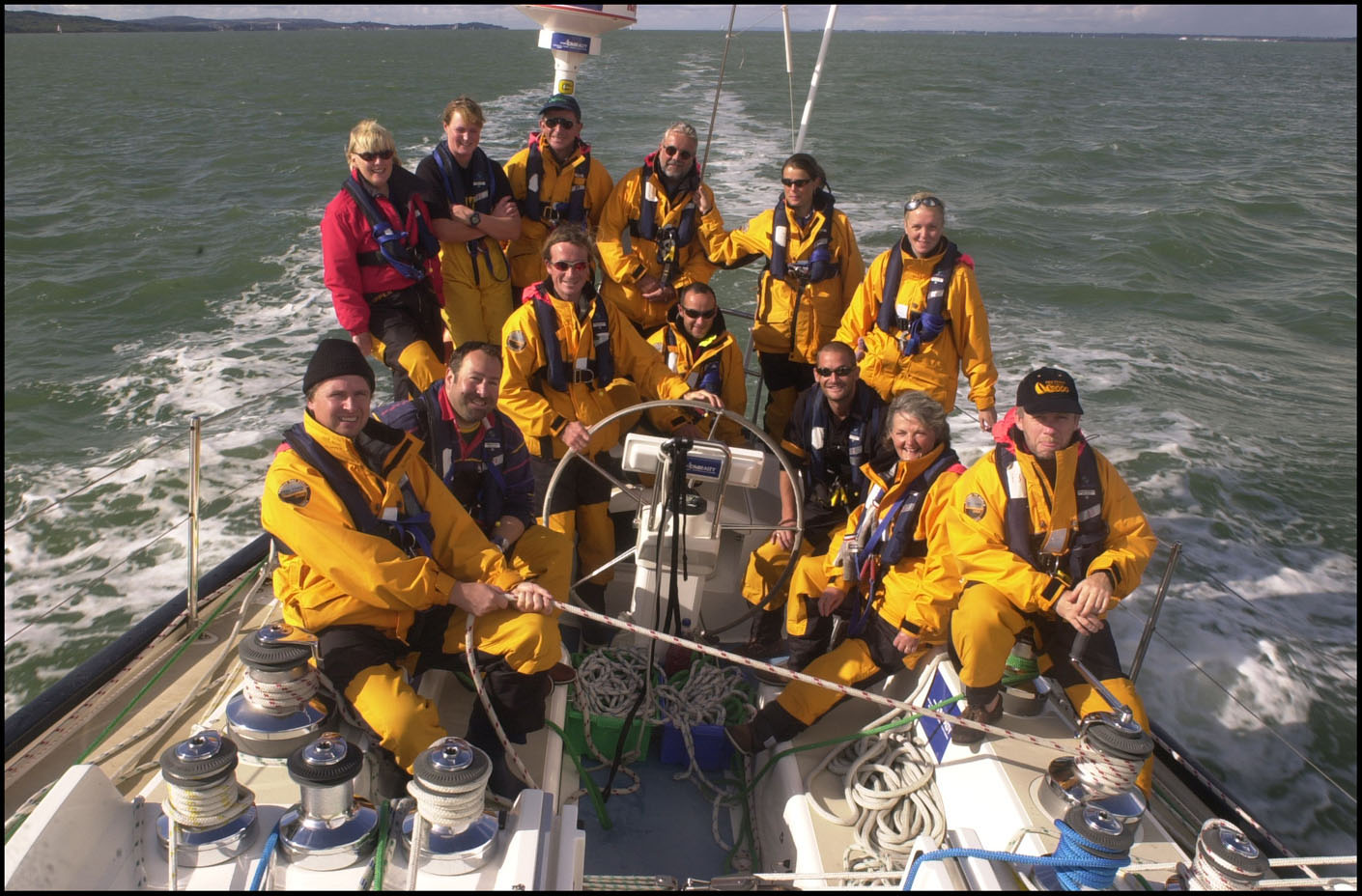 The fourth and final circumnavigation of the Clipper 60 fleet, was crewed by 230 people. Leaving Liverpool, an estimated 40,000 spectators came to see the fleet depart, despite a delayed start due to extreme weather. Samantha Fuller was the first female skipper to take part in the Clipper Race, sailing on New York. Jersey, skippered by Simon Rowell, won the race, which returned to Liverpool to double the crowd numbers in October 2003. 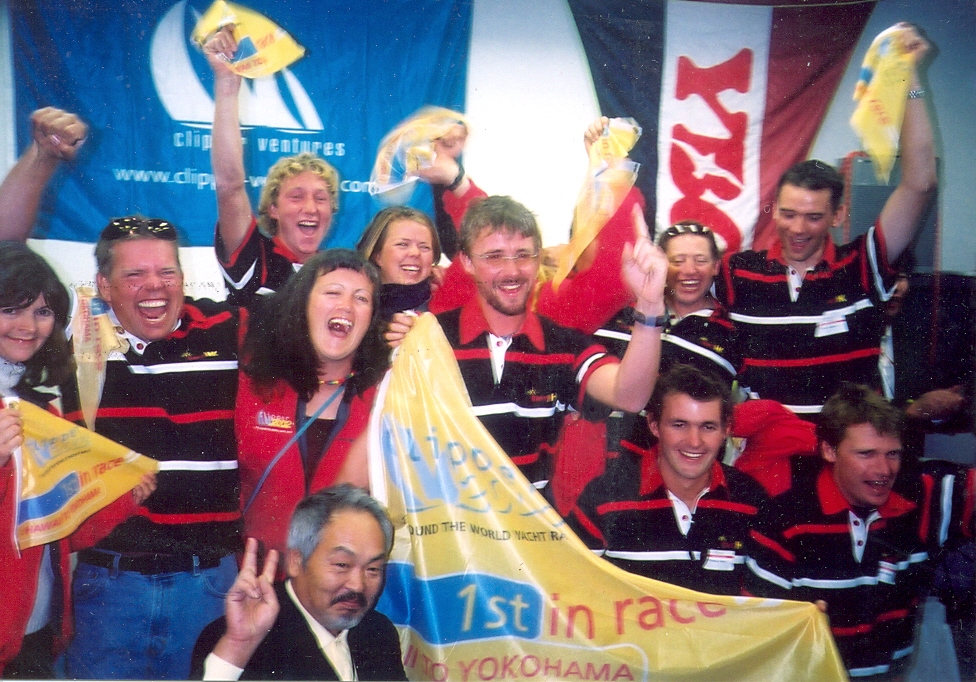 The fifth race, and the first for the Clipper 68 fleet of ten, saw over 310 crew participate from around the world. It was also the first race to run west to east introducing the Southern Ocean and the North Pacific into the route, altered to take account of the new faster yacht design. Qingdao became a host port for the first time. The winning yacht westernaustralia.com, skippered by Mark Preedy, led the fleet back into Liverpool. 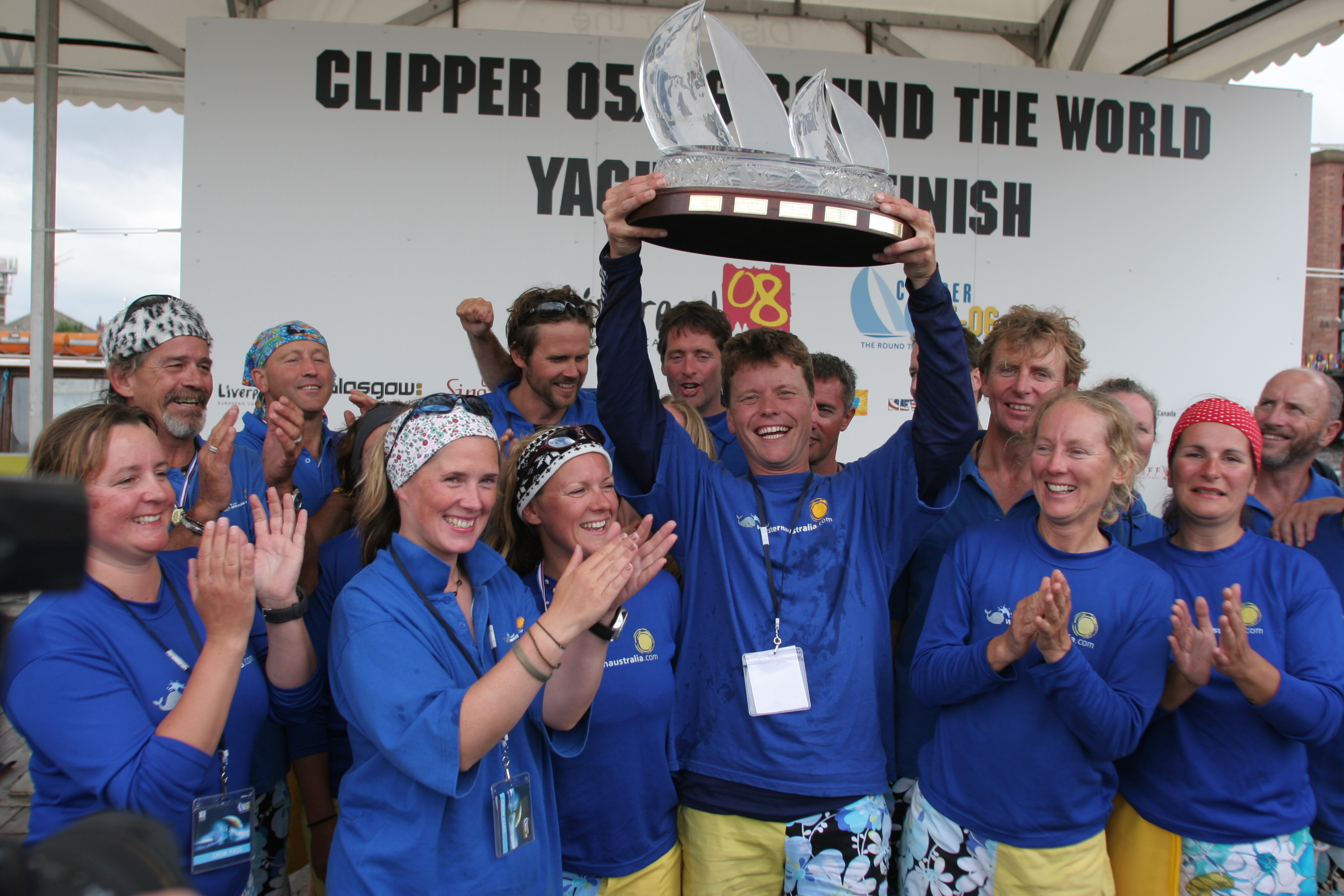 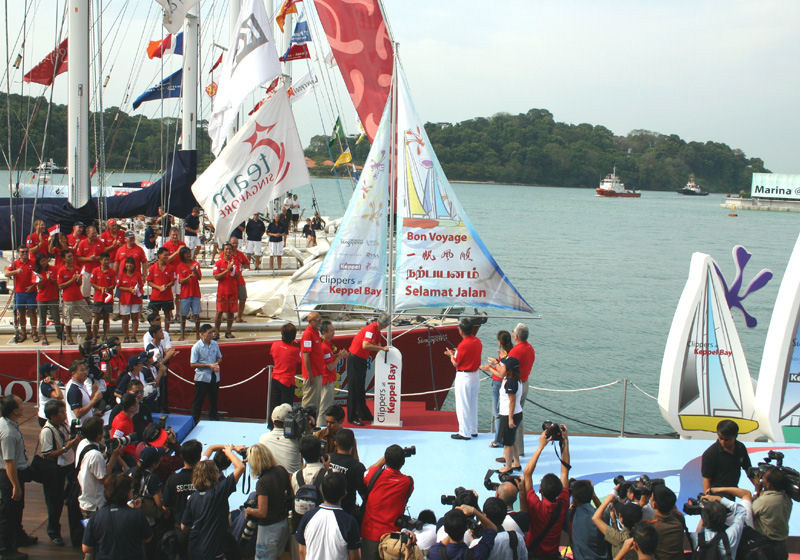 Starting and returning from Liverpool, the ten strong fleet raced eastwards with only twelve port stops in the route. The fleet encountered storms between Hawaii and Santa Cruz, in which two yachts lost their masts. Over 350 race crew participated in the sixth edition of race which was won by the team skippered by Duggie Gillespie on New York. 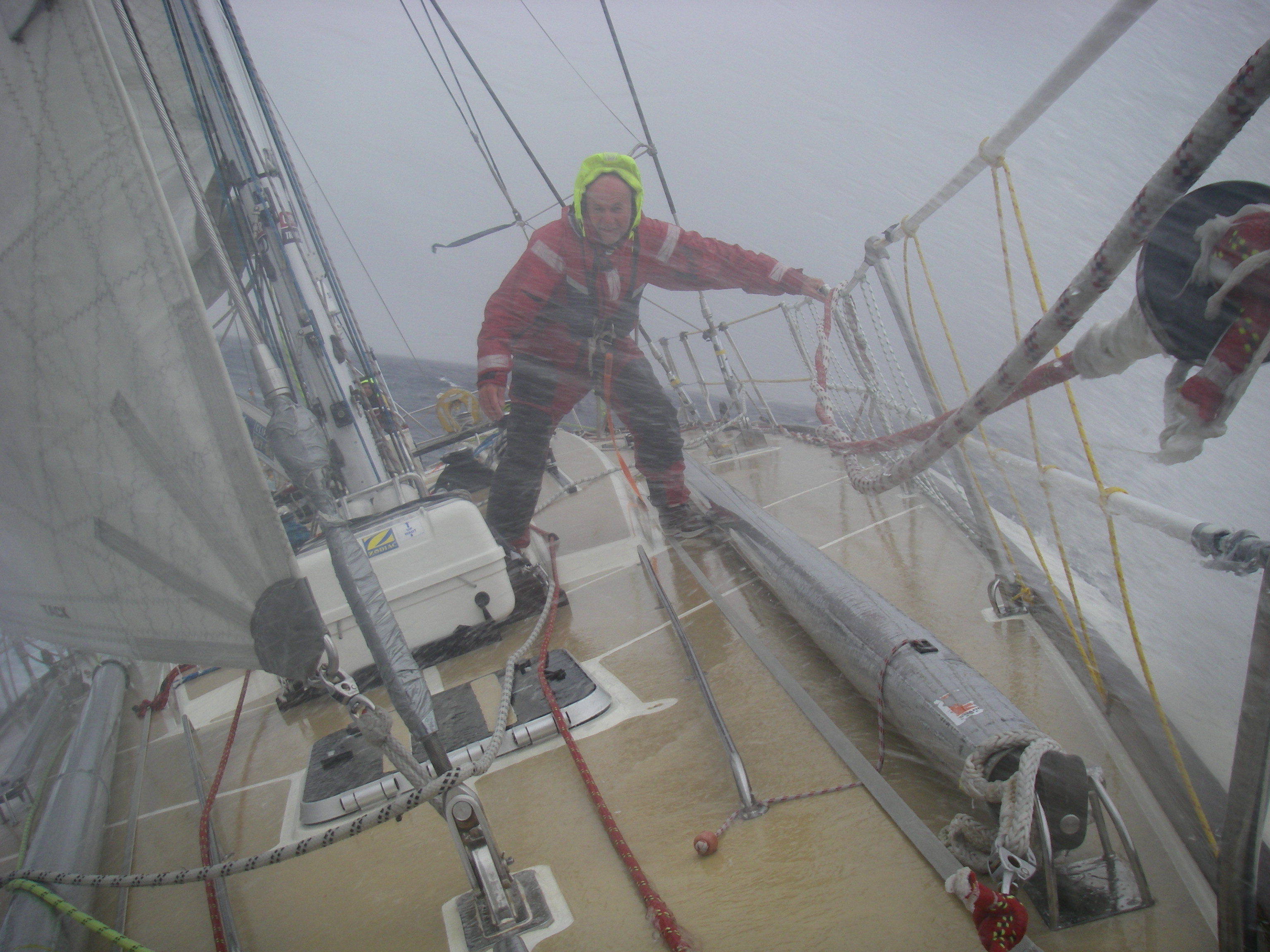 Kingston upon Hull hosted the fleet’s send off and return eleven months later. Almost 400 race crew took part and for the first time, the option of Stealth Mode and Scoring Gates were introduced to the route. Skipper Brendan Hall and the team of Spirit of Australia won the coveted trophy for the seventh edition of the race. 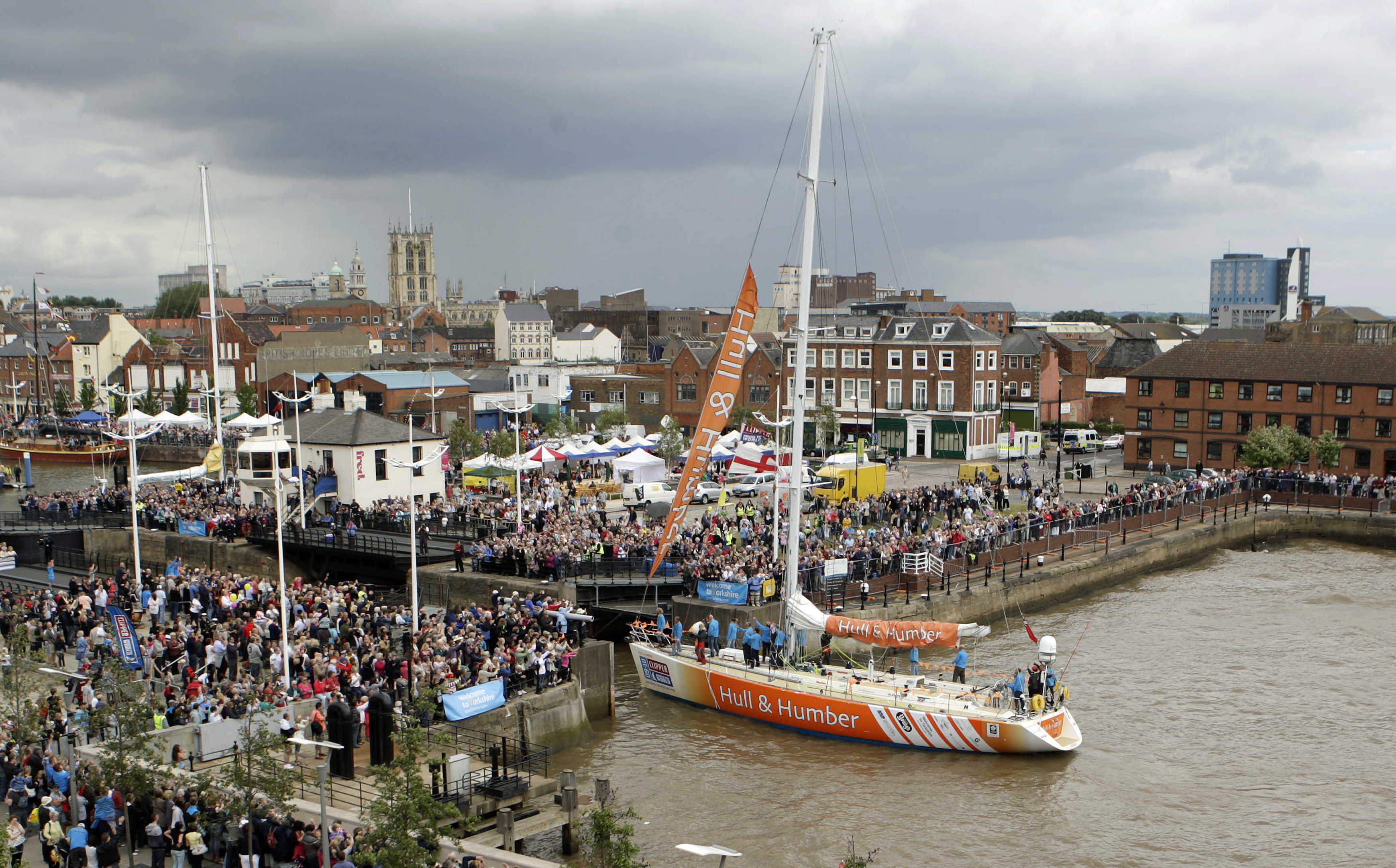 The race started in the Solent, home of the Clipper Race, with the fleet led out by HMS Illustrious. Almost 450 race crew from 40 nations took up the challenge. The fleet of eight Clipper 68s embraced the challenges of ocean racing when some yachts reported steering gear failures resulting in a re-routing of the course. Returning to Southampton, Gold Coast Australia, skippered by Richard Hewson led the fleet home. The introduction of the new Clipper 70 fleet allowed over 670 race crew to participate on the twelve identical yachts. The race route was amended to accommodate the faster design which also saw the fleet compete in the Rolex Sydney Hobart Race for the first time. The crew of Henri Lloyd, skippered by Canadian Eric Holden, triumphed in the return to St Katharine Docks, London where thousands lined the Thames to celebrate the homecoming. The tenth edition of the race, with almost 700 crew from 44 nations, again started from St Katharine Docks, London. Almost twenty years after the first race began, the fleet returned to London led by the winning team LMAX Exchange skippered by Frenchman Olivier Cardin. The eleventh edition of the race saw 712 crew, representing 41 nations, set sail from Liverpool’s Royal Albert Dock on 20 August 2017. Punta del Este and Sanya debuted as new destinations on the 40,000nm route. An extremely competitive edition saw the top three decided in the final race from Derry-Londonderry to Liverpool. Australian Wendy Tuck has become the first female skipper to win the Clipper Race, and any round the world sailing race, she led Sanya Serenity Coast to victory. British Nikki Henderson, the youngest skipper in Clipper Race history at 24, steered Seattle to second and German, Chris Kobusch, skippered Qingdao to third. The twelfth edition of the race is the most international to date. 688 crew representing 43 nations and for the first time in the history of the race more than half (51%) of all Race Crew hailed from outside of the UK. The eleven strong fleet of Clipper 70s set off from St. Katharine Docks on 1 September 2019. In unprecedented circumstances, the Clipper 2019-20 Race was postponed in March 2020, due to the global outbreak of Covid-19. It is proposed to restart in February 2022. Qingdao, skippered by Chris Brooks, currently sits top of the leaderboard with Ha Long Bay, Viet Nam and Punta del Este, chasing its stern.