The Clipper Race fleet has started to arrive at Flamenco Island Marina, Panama after racing just over 4,000nm in Race 11: Seattle Pacific Challenge. Since departing Seattle, the teams have sailed down the West Coast of the USA, Mexico and Central America after the race ended at Mandatory Finish Gate 3, off the coast of Guatemala.

Punta del Este was the first team to arrive into Flamenco Island Marina, greeted by Clipper Race Officials, ready with cold beers to celebrate the arrival. The team came second in this race, logging an elapsed time of 432 hours:39 minutes:17 seconds. This means ten points for Punta del Este along with the bonus points scored on the Dell Latitude Rugged Ocean Sprint and Scoring Gate (one point for each). 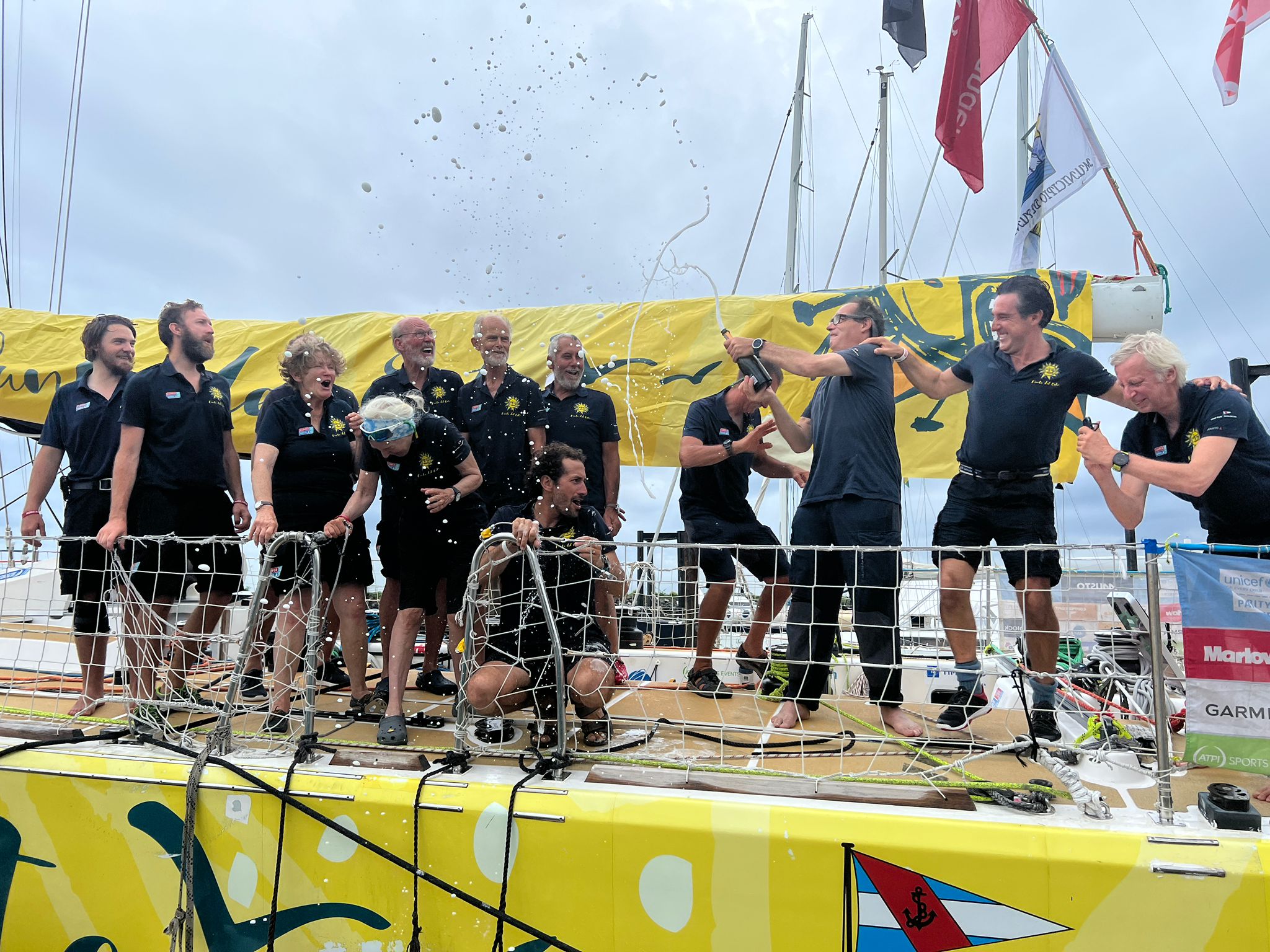 On arriving in Panama, Punta del Este Skipper Jeronimo Santos Gonzales said: “It feels great to be in Panama. It’s been a very long race of over 4,000 miles of I’d say, very competitive racing. We started with the cold of North America after we left Seattle, and it’s been one of the longest downwind races of the Clipper Race for myself: so very intense, very fun, and a lot of tricky tactical situations. There were a lot of wind holes, and then the Finish Gates, where you give it all to each one before going onto the next! It was a pleasant surprise, how the leg has gone, and it’s great to take second position, almost first! But, the team is happy, and Punta del Este has had another success and it has been an amazing race! We had some very close battles with WTC Logistics- it’s crazy that after thousands of miles you reach a point when everyone is so close and you have a close quarter battle. It’s been very intense, but good intense!”

Next to arrive was GoToBermuda, who took third place in Race 11. Skipper, David 'Wavy' Immelman said of his team: "Finally.... we have been so close so many times and even had a third taken away and now we've got it! It's wonderful, the crew worked so hard and they are now getting recognition for all their effort. It was a tough race and not helped by me sending us on a safari, chasing wind that did not appear but we clawed back with the tenacity I've come to love in this crew. They are delighted and so they should be, it a great achievement."

Matt Stephens, GoToBermuda Ambassador, joined the team in Seattle and celebrated his 21st birthday on board. Matt said: "The race was absolutely amazing, I had a lot of fun! We had amazing sailing down the west coast of the US, we have a great crew, a really fast boat and we had a great time! 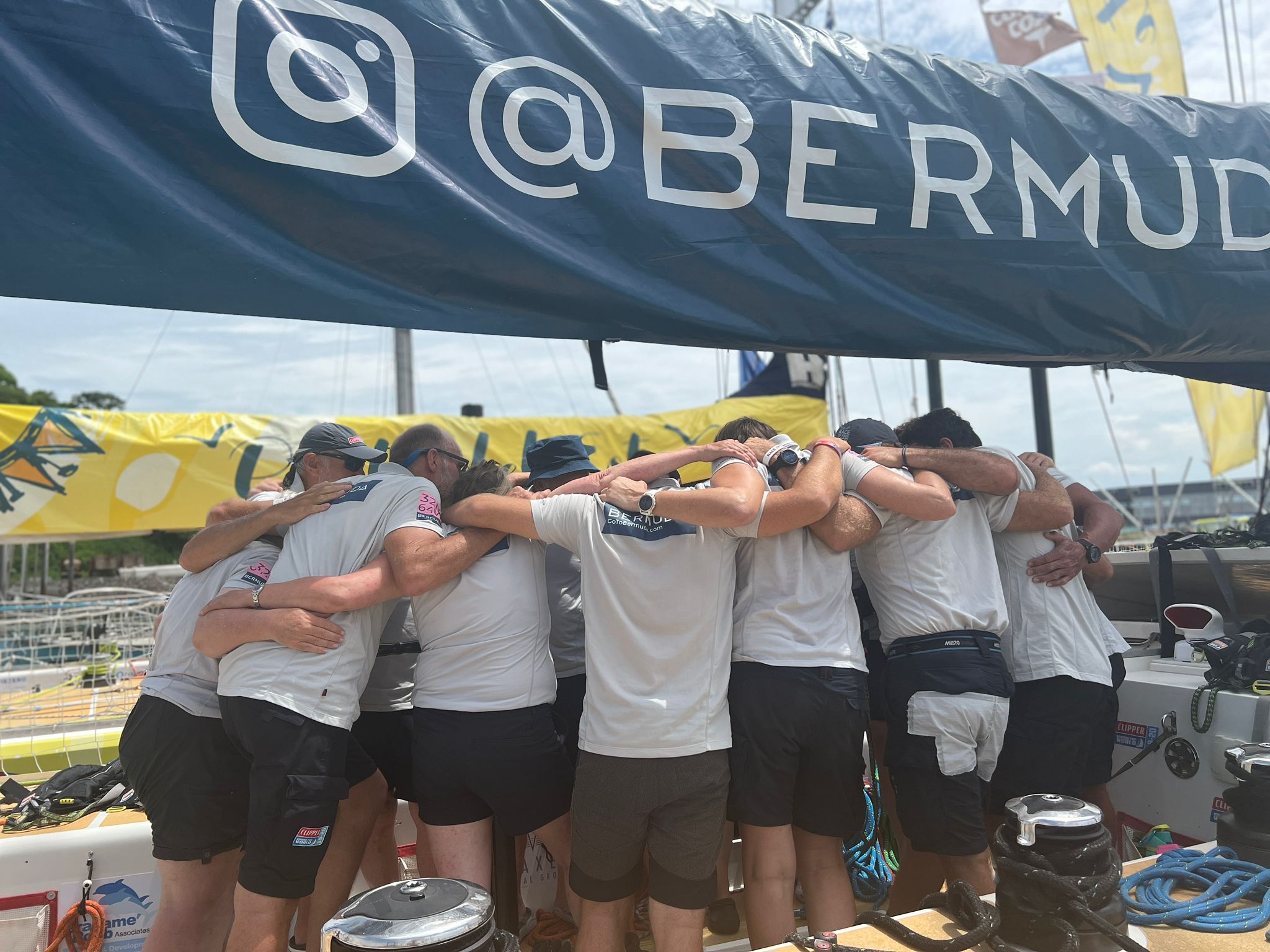 “We scored the most points out of all the boats in the fleet after the Scoring Gate and Ocean Sprint, and we had a really great race. It’s the first podium for the team so everyone is really stoked about that. We’ll be going for the win in the next race to Bermuda though!” 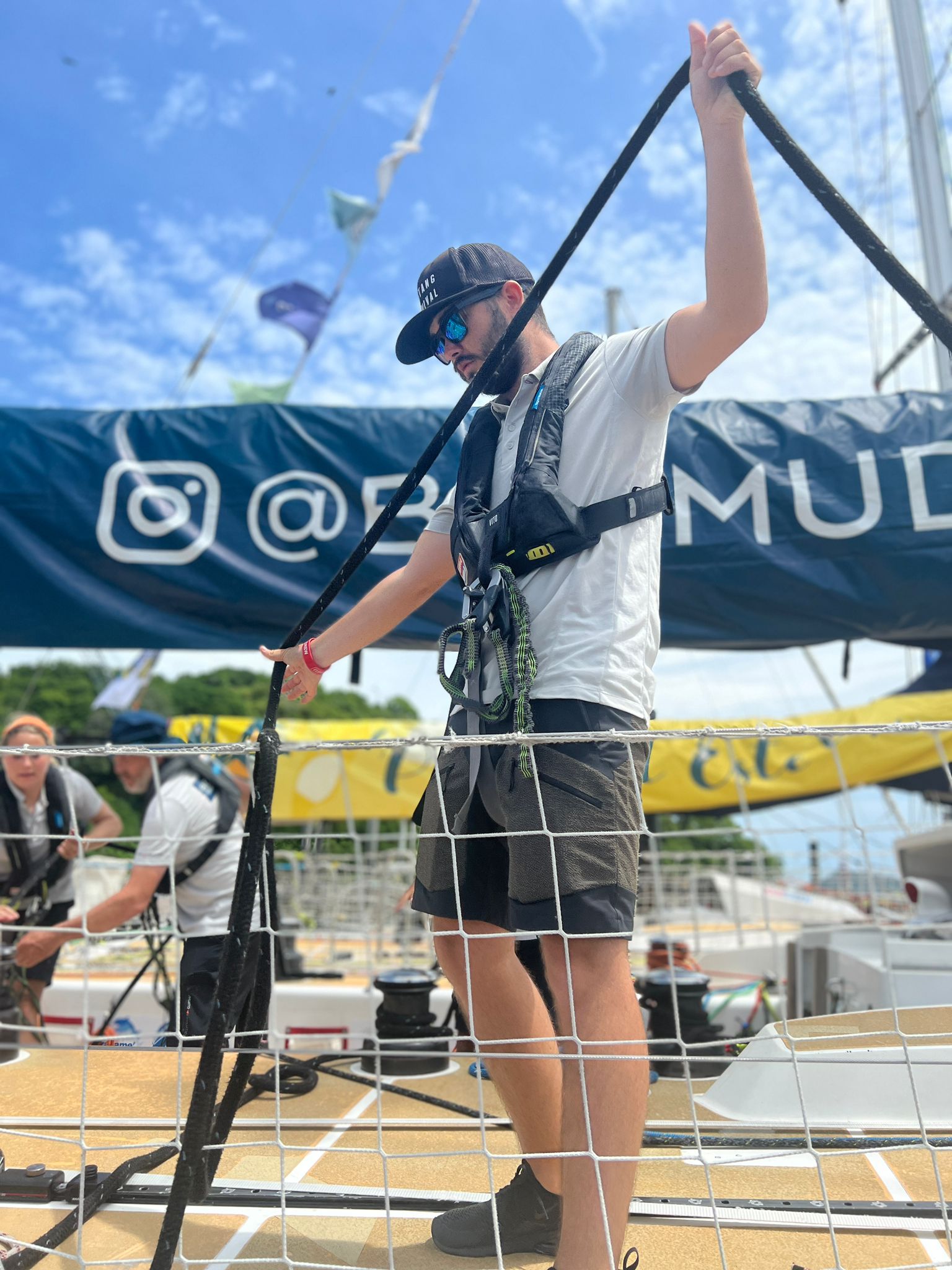 WTC Logistics arrived shortly after to a warm welcome at Flamenco Island Marina. Skipper Dan Jones reported on a close race: “We were pretty close the whole time, on the podium for a lot of it but sadly missed out at the end. But we had a good race, and still got ten points!

“The crew were absolutely excellent. They didn’t struggle when we were telling them to drop kites and put kites up every twenty minutes in challenging conditions- they are a really good team- it’s looking good for the race to Bermuda.

“It’s great to be here in Panama, ready for some downtime before the transit through the Panama Canal.” 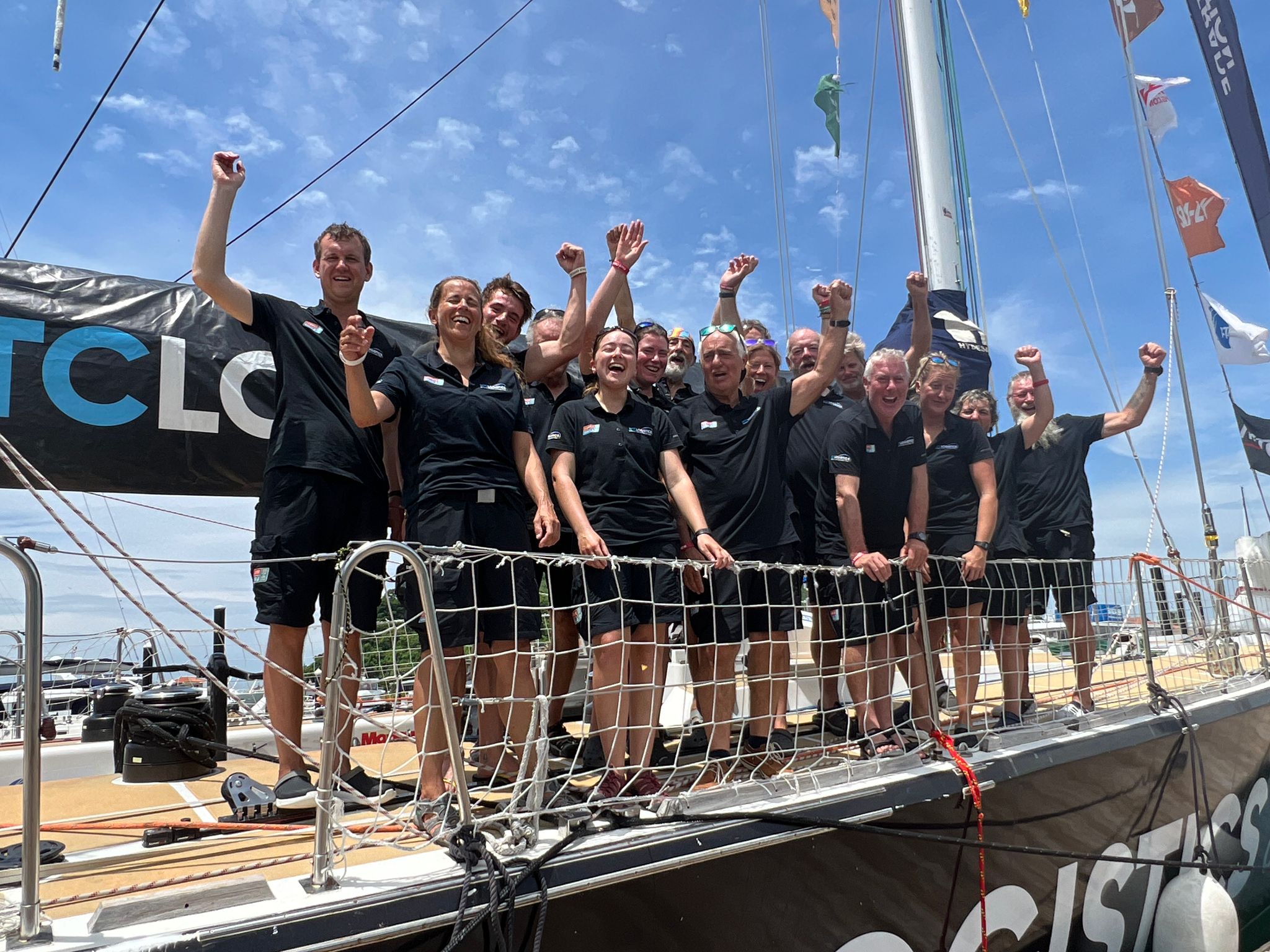 Race 11 winning yacht Ha Long Bay, Viet Nam, arrived later that day, with Skipper Josh Stickland showering his crew in a champagne celebration. Josh Stickland, Skipper, said: “It was a great team performance! The team never complained once about a sail change, they never batted an eyelid and they always went for it. We have a really good crew, they all mucked in and the result is the cherry on top!” 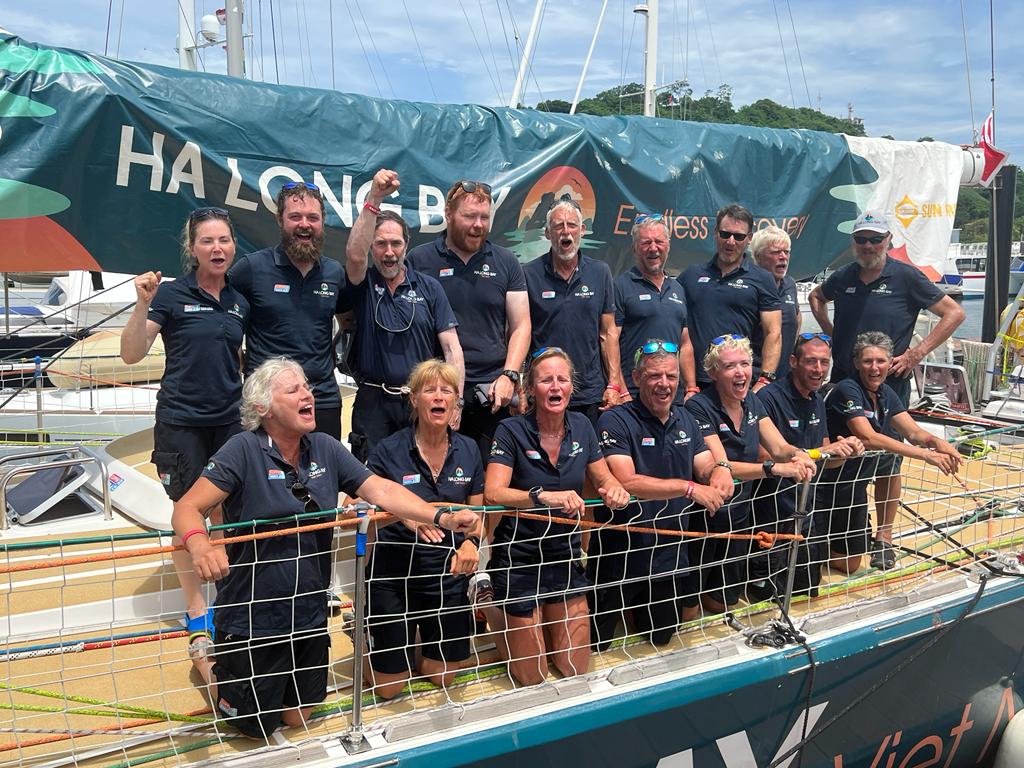 Visit Sanya, China and Unicef arrived next. Mike Miller, Skipper of Visit Sanya, China said: “What a long trip! But what a lot of different things we experienced! The crew were amazing, they kept trying, they kept pushing. We had a huge variety of conditions from strong downwind to upwind, all sorts of different conditions. Everyone got to helm under kite, everyone got so stuck in- it was really brilliant. We’re so happy to be here and so proud of the team.” 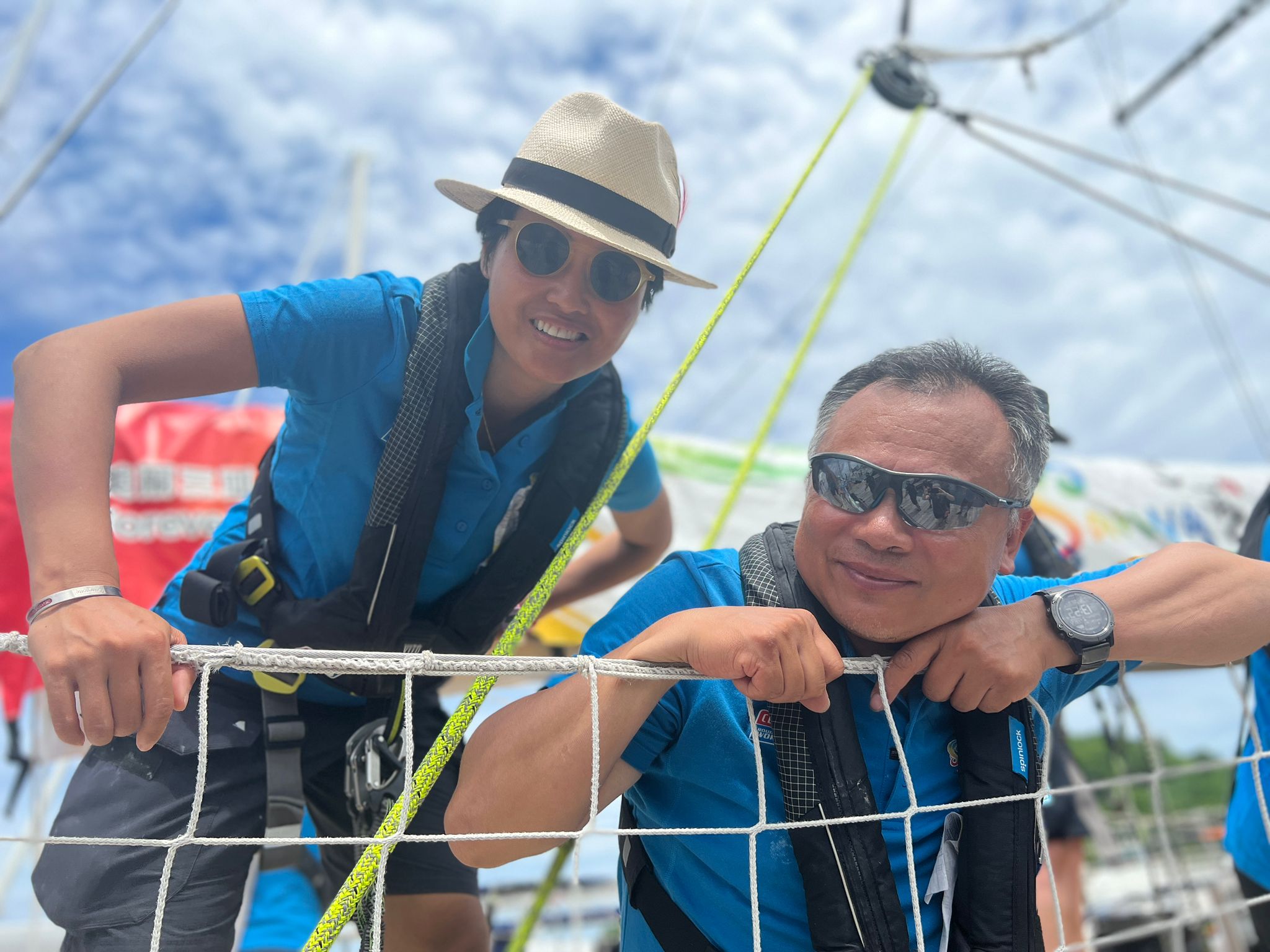 Dan Bodey, AQP on Unicef, commented: “It was a completely different leg to the last one! Very hot, lots of downwind and flat seas. The crew coped incredibly well and kept their spirits up, they did really well with all of the sail changes in the fickle winds and squalls that we experienced. It’s great to be in Panama after this race, but we enjoyed a nice pit stop in a beautiful bay in Costa Rica on the way, which was great.” 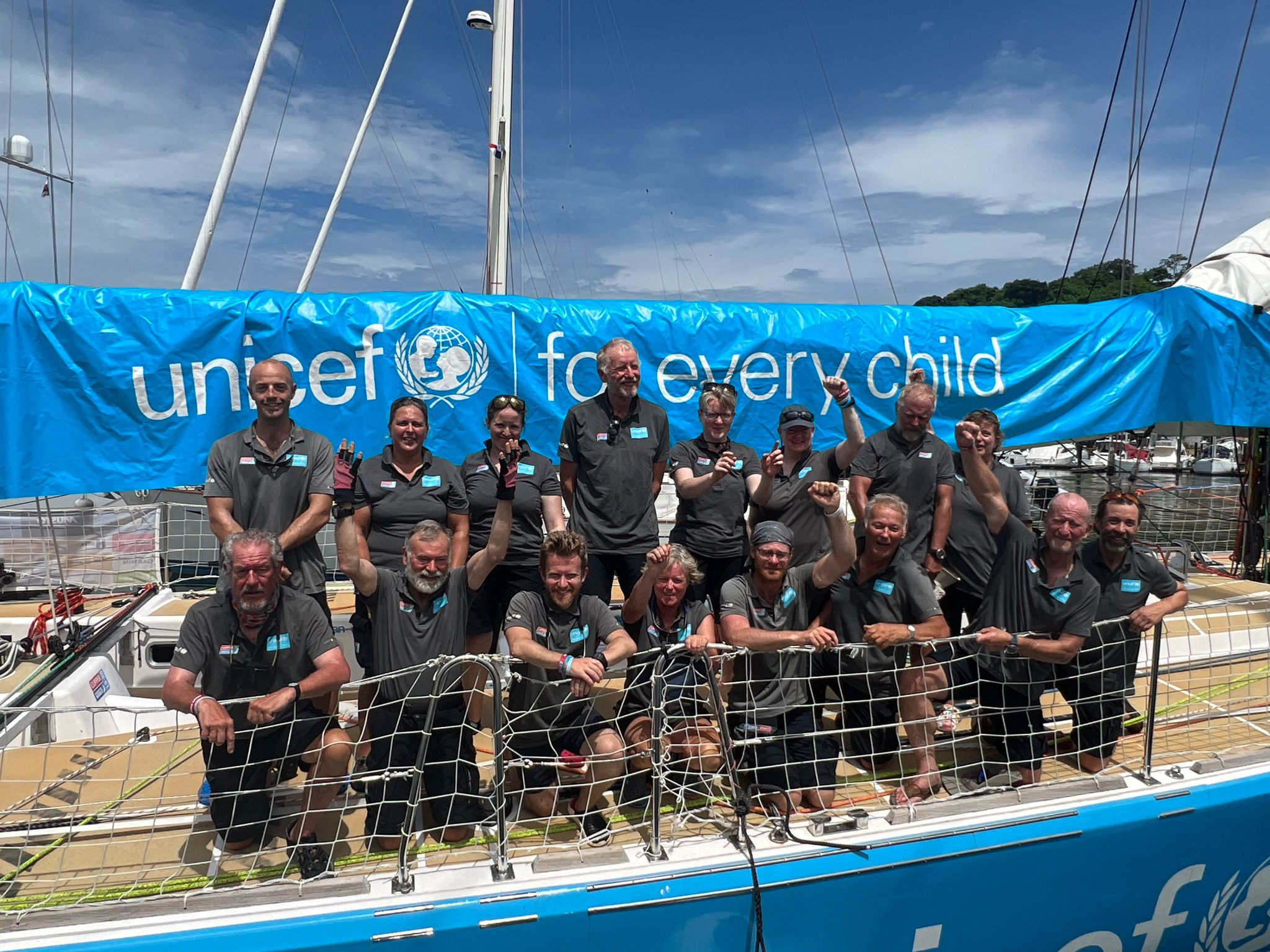