Close match racing has been the order of the day on Day 6 of Race 2: The Commodore’s Cup to Punta del Este, Uruguay.

Incredibly after around 1,000 nautical miles of racing, three boats - GoToBermuda, Zhuhai, and WTC Logistics, have almost been in touching distance as they raced along the coast of Western Sahara.

GoToBermuda Skipper David Immelmann is relishing being up against his childhood friend and fellow Capetonian Nick Leggat on Zhuhai, and reported: “The little battle between Zhuhai and ourselves ended up in all out war this morning, with the two of us match racing a few metres apart. As I said yesterday, not an inch given and not an inch taken, and well it got worse. A good few hours, which the crews were loving. Reach up to cover, bear away, back up… great fun. Not much has changed and we are reaching next to each other again.

“Nick made a good gybe and pulled a bit out but not for long - Nick we are coming! I have had to add a new standing order, ‘watch Zhuhai like a hawk’.” 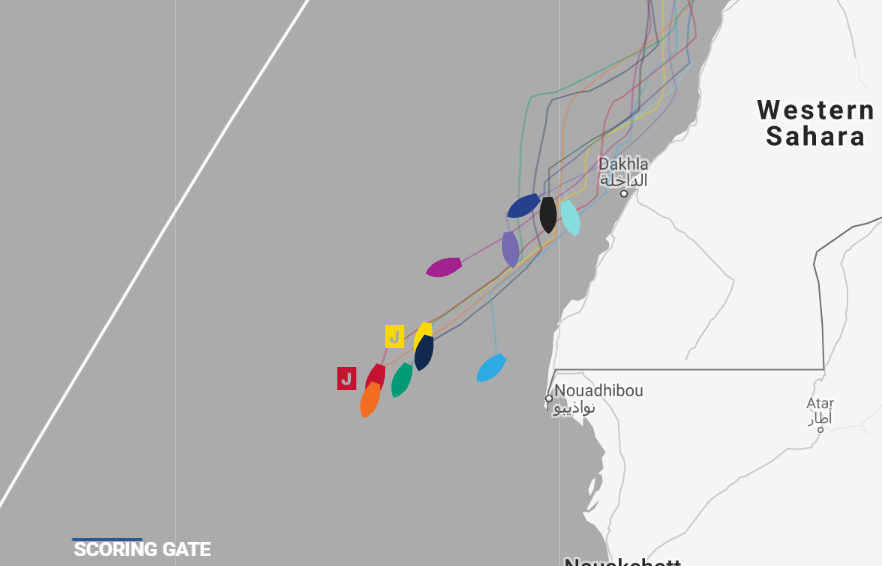 WTC Logistics turned the two-horse race into a battle royale shortly after sunset, and Zhuhai Skipper Nick Legget commented: “Towards sunset, the African coastline became clearly visible off our port bow as the wind began to back more towards the north. We put in a quick gybe as the wind shifted and took GoToBermuda by surprise, finally overtaking them as the sun dipped below the horizon. As the darkness set in, another light appeared to starboard. This turned out to be WTC Logistics, who passed close astern of us and then gybed onto our track. For some time, all three boats followed the same path through the night with no more than 5 nautical miles separating us. Great racing!”

GoToBermuda and WTC Logistics both gybed south shortly before daybreak to put some distance between the three teams but no doubt the close contest has reinvigorated all on board. 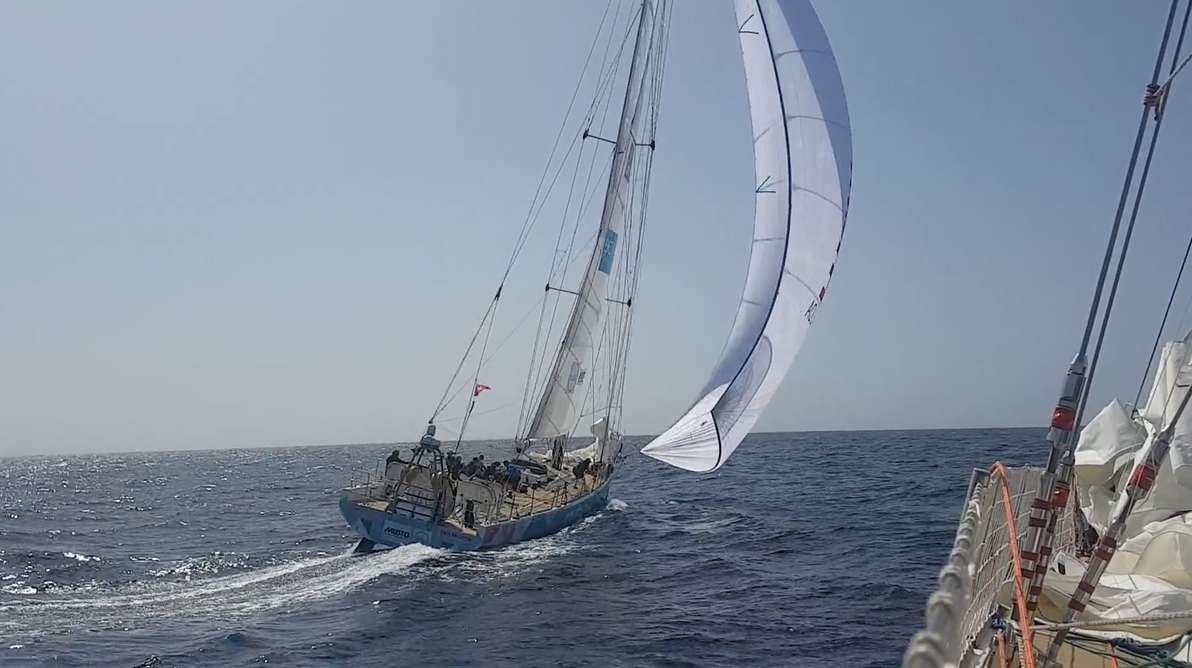 Elsewhere, the conditions have been ideal for the Clipper 70s and Punta del Este Skipper Jeronimo Santos Gonzalez said: “Today has been a day of surfing wave after wave along the coast of Africa. Sailing on 18 knots of wind and doing 16.5 knots of speed is pretty rewarding and it has all been due to surfing waves. The conditions were perfect, the right amount of wind with the right angle of waves. Surfing waves on a boat is no different from a surfer catching waves, apart from the 43 tonnes difference.”

Ha Long Bay, Viet Nam has reappeared from Stealth Mode but the decision to go off the grid for 24 hours didn’t have quite the result the team was hoping for. Skipper Josh Stickland reports: “So we went into Stealth Mode only for us to bump into Qingdao 12 hours later. But had a little chat with Chris and Rhiannon and we are now half a mile behind them and gaining.

“It's all getting very tense with five to six boats all in the running for the Scoring Gate and I can see and feel the competitiveness of the crew coming out, which is nice to see.”

Despite being dogged by Qingdao, Ha Long Bay, Viet Nam did emerge from Stealth Mode in third place. The second placed Qingdao will go into Stealth Mode at 1200 UTC, meaning they will not be visible on the Race Viewer for 24 hours to anyone besides the Race Office. With Qingdao currently only 10nm behind Visit Sanya, China, will the tactical move accelerate them into first place as the fleet edges closer to the Scoring Gate? Keep an eye on all the action here

The verdict is in; the Clipper 2019-20 Race Crew have deemed the inaugural Portimão stopover a huge success!The fleet and…