Dare To Lead crossed the finish line of Race 3: The Spinlock South Atlantic Showdown at 16:59:07 UTC on Monday 11 November following what has been a tough leg for the crew.

The Dare To Lead team lived up to the team partner ethos when they dared to dive south towards the roaring 40s. They took the most southerly routing out of the whole fleet, facing the first low pressure system in the early stages of the race but also encountering a pod of orcas, albatross and petrels en route. 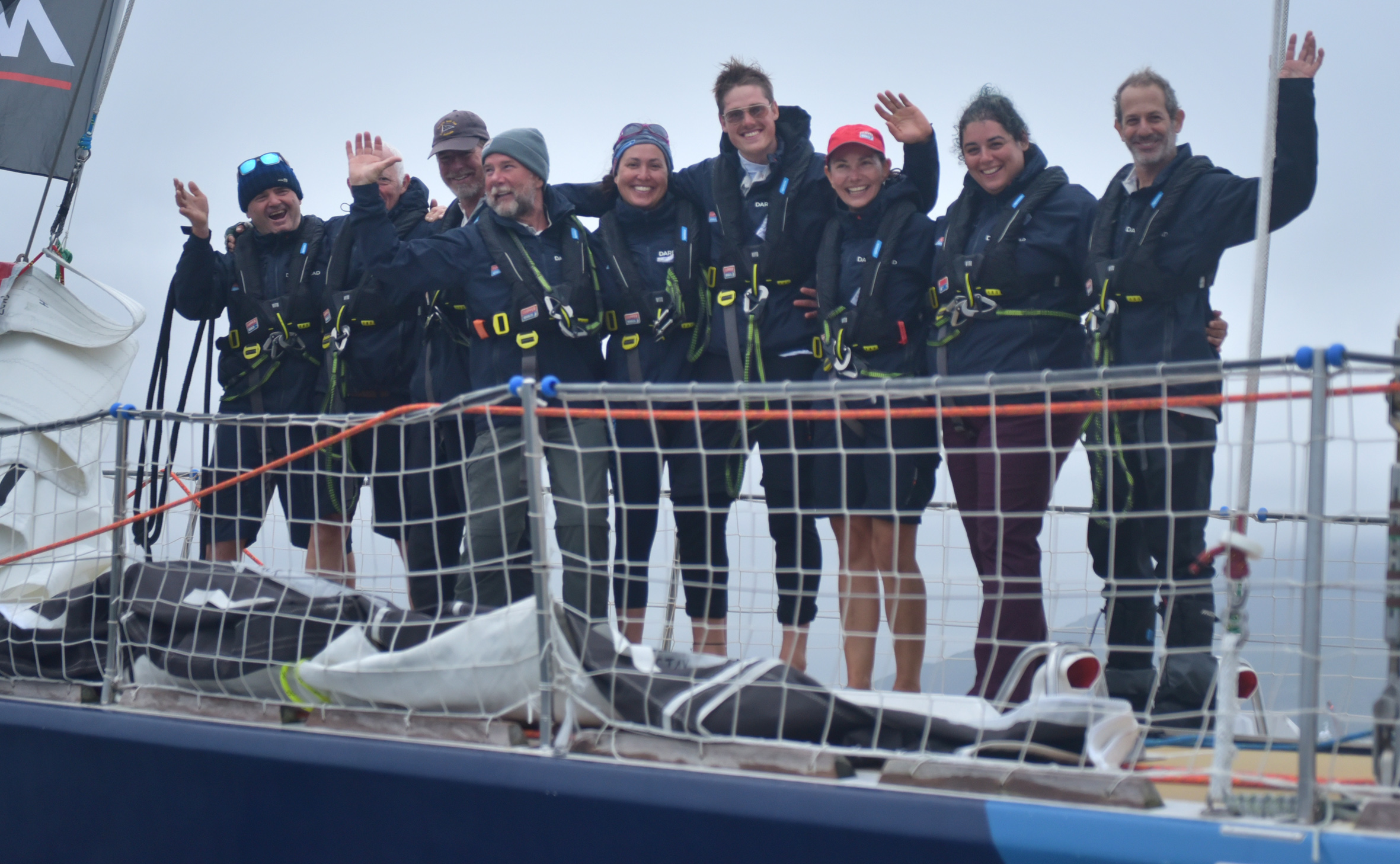 By the sixth day, the low pressure system that had dominated life aboard Dare To Lead had ‘lost its identity’ and left a difficult sea state and a level of uncertainty as to how the next pressure system would develop. Unfortunately for the crew, they did not get as far north as they had hoped when the second low pressure system arrived a few days late. They found themselves beating upwind into some seriously heavy weather and struggled to keep up with the pack.

On arrival Guy Waites, Skipper of Dare To Lead explained: “Around day five or six we had a significant change in the weather that wasn't entirely forecast, and it caught us out. Basically we got caught in, not a wind hole, but a very light patch of wind that we couldn’t get away from and then we were just sitting it out waiting for the first storm to hit us. We experienced 70 knots of wind but everyone stayed safe. From then on we were on the back foot and fell further and further behind, but we are here and the boat and the crew are in good shape. 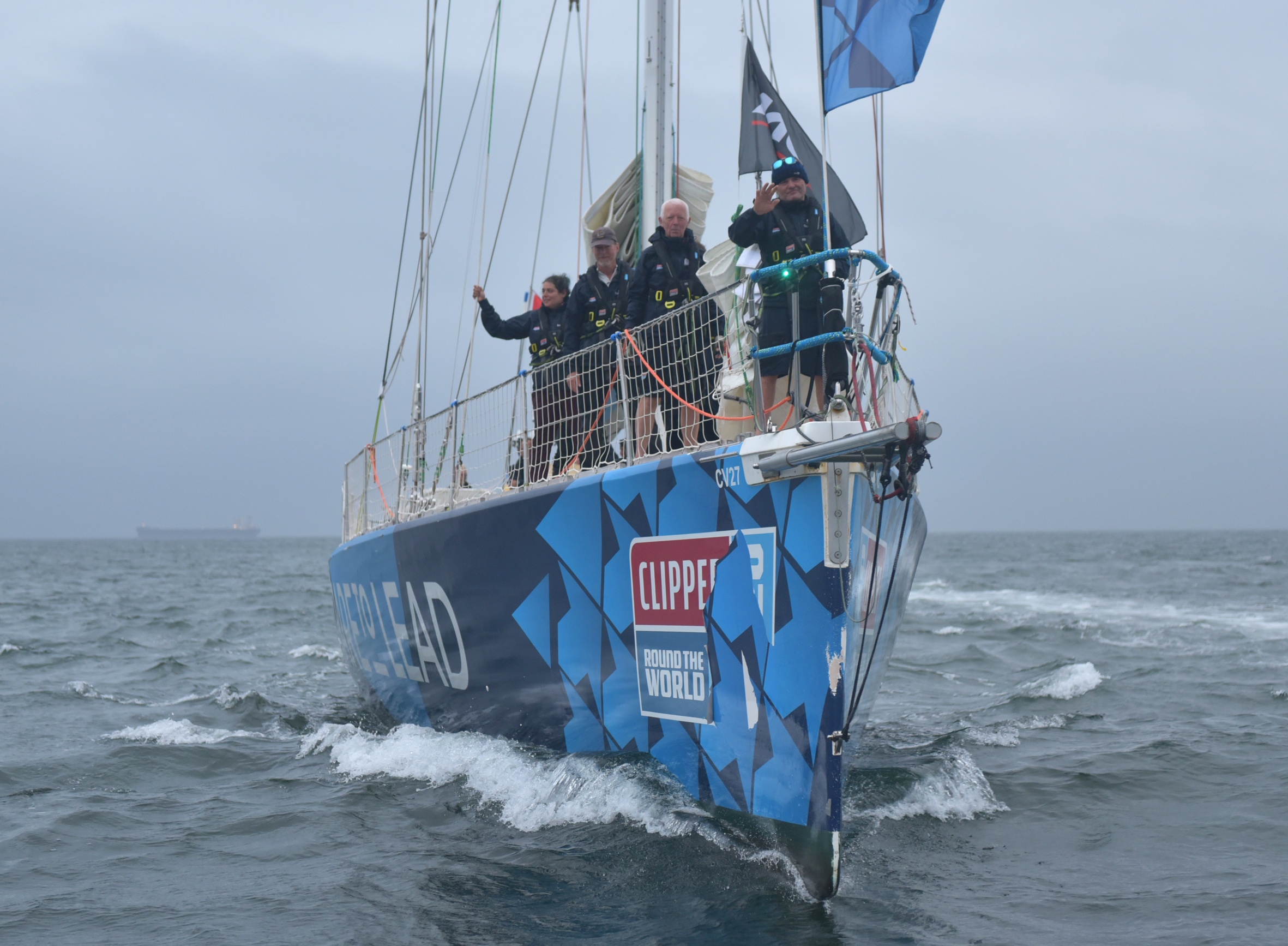 “A massive challenge mentally for the crew and for me as I have their well being on my mind, but they were great and have had an incredible experience.”

Cecila Henry-Roitberg, a round the world crew member, enthused about some of the conditions: “It was like being at the top of a mountain range and the next moment you were at the bottom of it in the valley. Sometimes the waves are grey with foam on top and sometimes with icy blue. They were like a rollercoaster you really couldn’t get off.”

Due to arrival time the Dare To Lead team sadly, narrowly missed Race 3 Prizegiving but the Clipper Race brought the party to the pontoon with crowds of fellow crew and supporters lining the V&A Waterfront to cheer the team on. 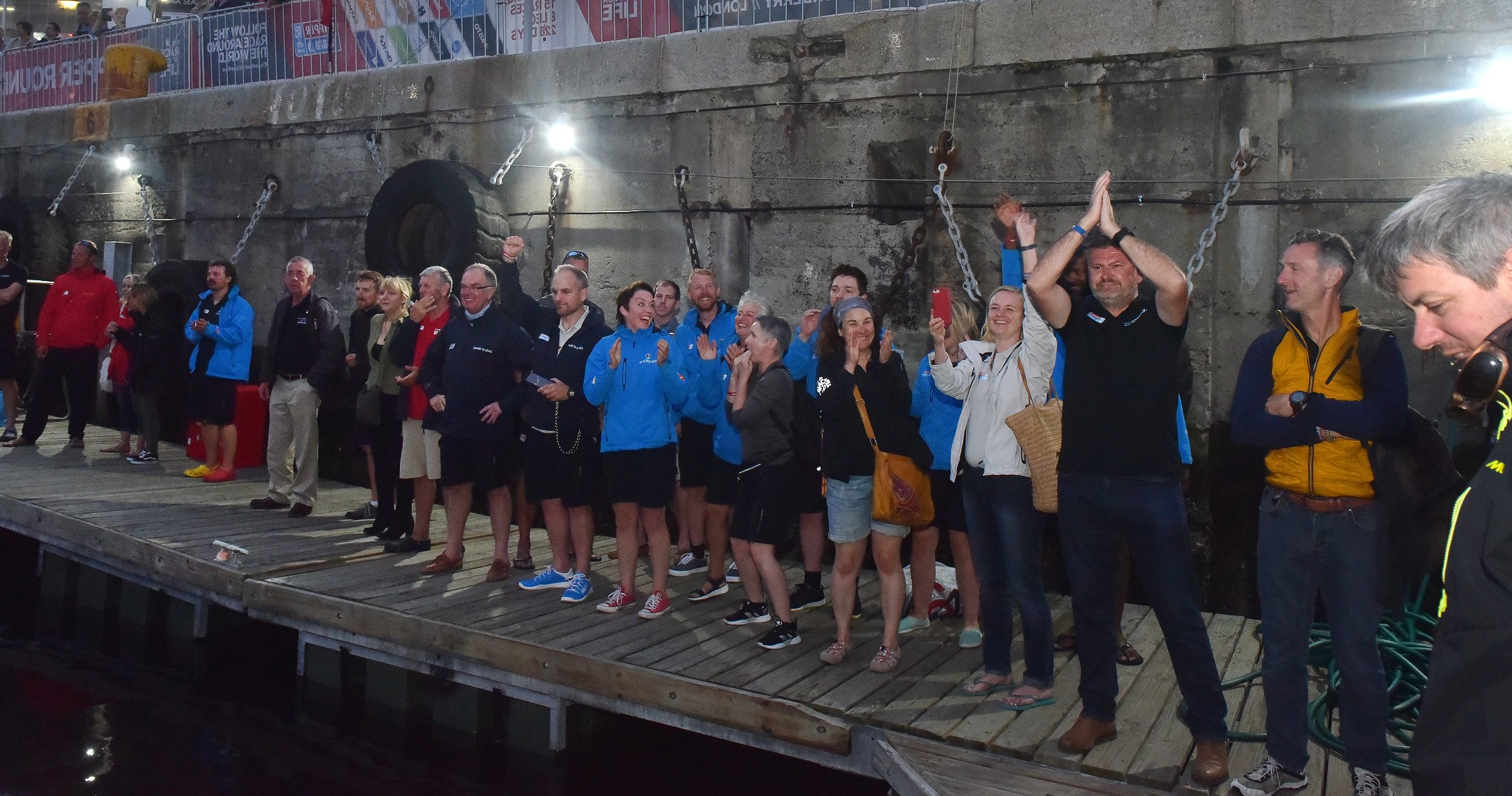 “It was nice to see land and I got emotional. It was a fantastic ambiance with the clouds and lights as it was very remote where we have been.” said Dario Schwendener, round the world crew member who went on to say about the welcome: “It was amazing. I didn’t something like this would happen and it's just really nice that people care about us.”

The eleventh and final yacht, Zhuhai, is estimated to reach Cape Town and cross the finish line between 0730 and 0830 on Tuesday 12 November.

Updated 09/11/2019 20:15A beautiful sunset welcomed in local boy David ‘Wavy’ Immelman and his team GoToBermuda as…