With the seasonal celebrations behind them, the Clipper Race teams are returning to a more typical standard of life on the ocean. Most teams have experienced the change in predicted weather conditions and are enjoying the thrill of the race. With no clear established front-runner in The Whitsundays, Heart of the Great Barrier Reef, Race 5, and the Race Viewer leaders changing hourly; only 104nm separates the top 5 teams - it’s all to play for in this exciting race. 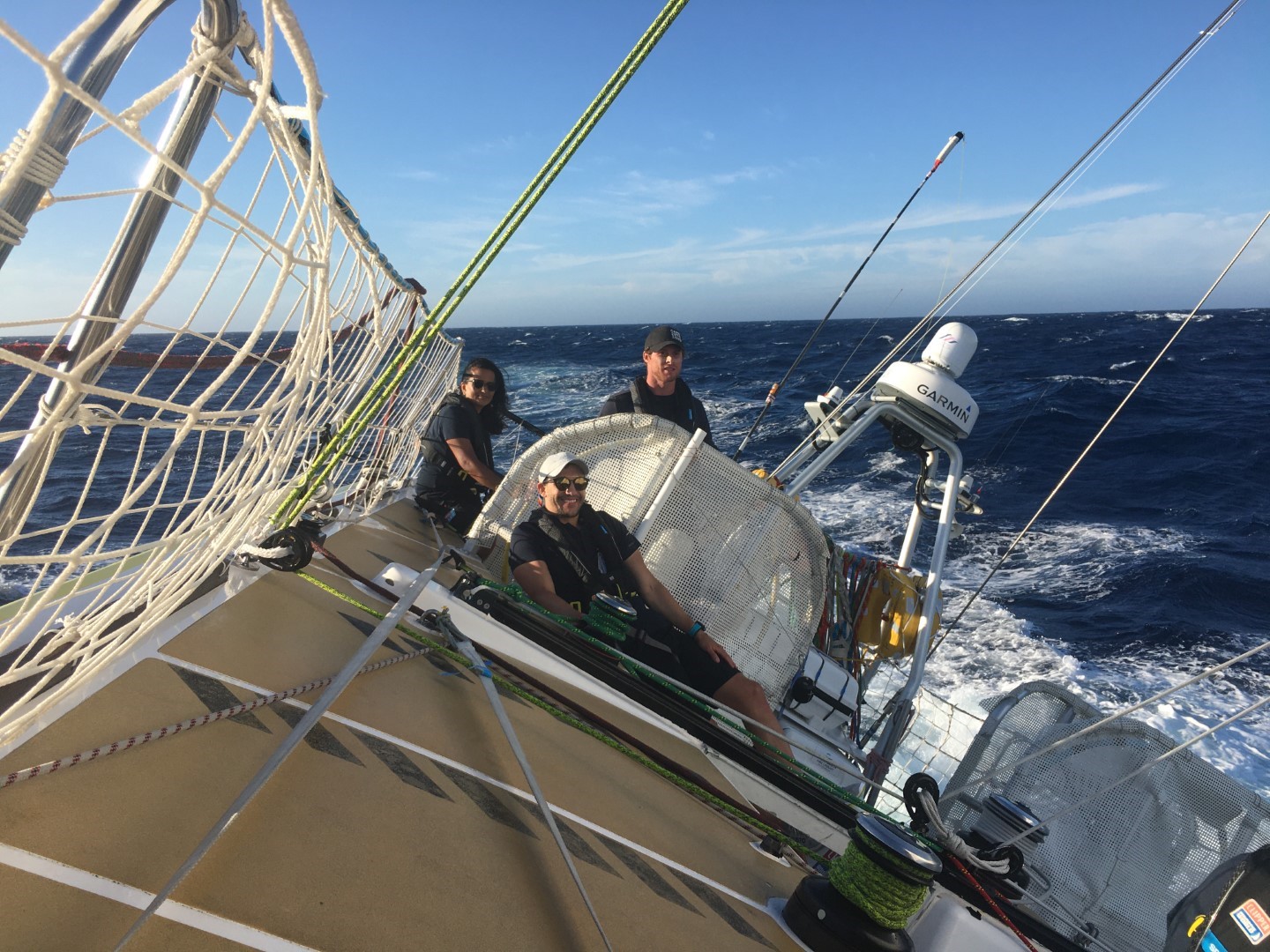 Across the fleet, Skippers have reported that new crew members are firmly settling into their respective watch systems with positive results. Skipper Rob Graham of Imagine your Korea said: “Once the front passed, the sky cleared, the wind settled in the west and our Spinnaker went up at first light this morning, in a hoist straight out of the textbook. It was so good that a passing whale spouted a couple of times in admiration!”

Similarly WTC Logistics Skipper, Rich Gould is embracing the change in weather and seems to be getting his Christmas wish from Santa, saying: “Goosebumps, hairs standing up on the back of your neck, a funny feeling in your sailing boots, today is what offshore sailing is all about. Wind on the quarter, just the right amount of breeze, following swell, sun in the sky and the kite up! This really is brochure stuff, relatively flat boat, great boat speed, and almost 100% VMG.”

Meanwhile for GoToBermuda Skipper David (Wavy) Immelman has been thinking tactically about the best course for his team saying: “We found on our port gybe the sea state was really horrible and on starboard we were too tight for a kite... But we want to go south, all these decisions! We have finally opted for a beam reach south with white sail doing about 12 knots and surfing up to 16's while getting the angle we wanted south. Let's see how we do versus the rest.”

It appears their decision making is paying off as GoToBermuda currently leads the fleet with Seattle in second and Zhuhai in third. 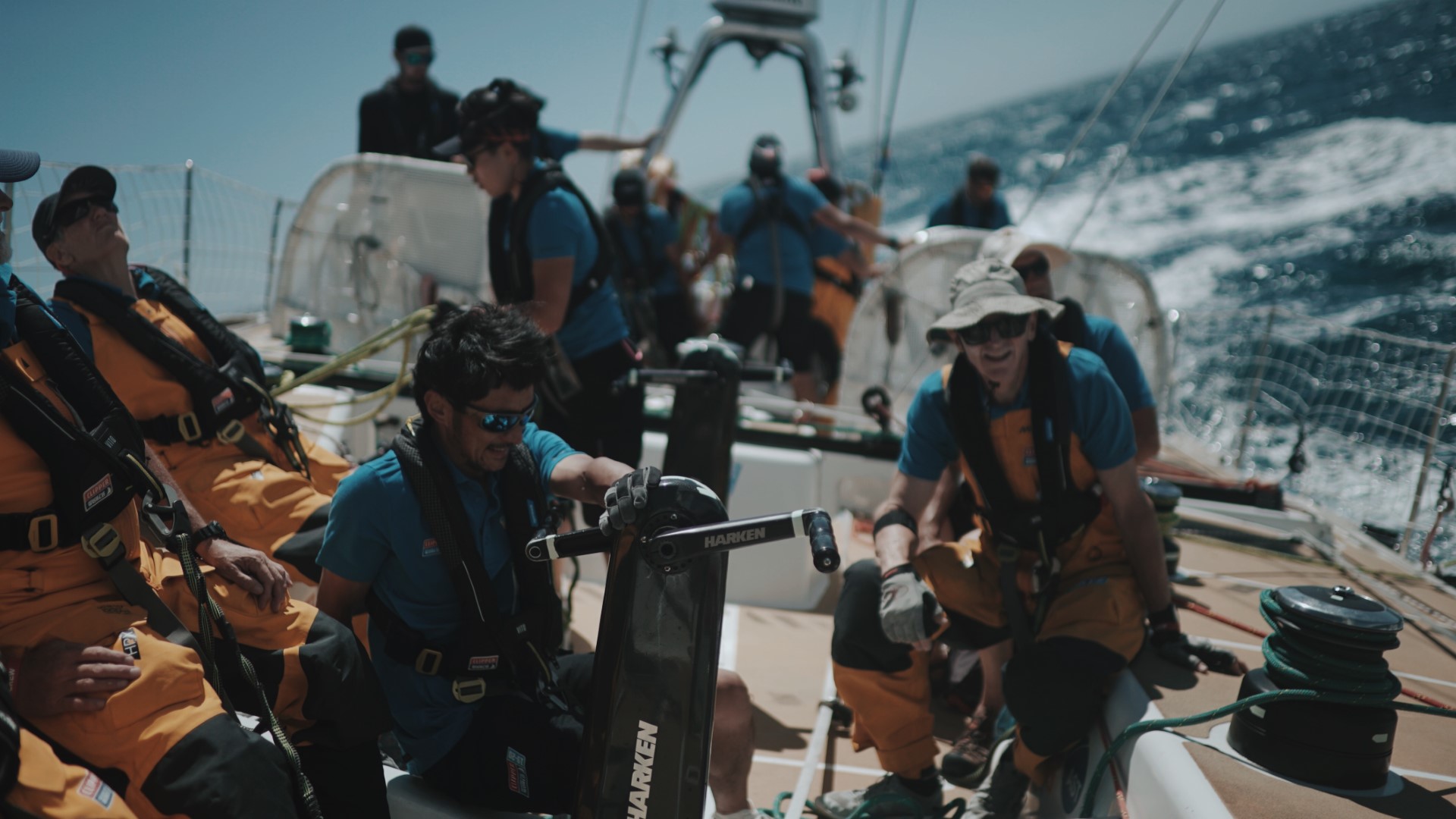 The three teams that set off 48hrs behind the fleet are closing in on the eight boats in the front pack and only 167nm separates them. Visit Sanya, China has been looking at the race positions but remain focused on the scoring gate opportunity with Skipper Seumas Kellock remarking: “What a beautiful day today, the sun is out, the wind is behind us and were steaming towards the scoring gate. We are heading for the scoring gate and I am hopeful that we will pick up some points as well, it will be great to put more points on the board after the last leg of zero points. Time will tell as to whether it is two or three points, we are currently in a close run race between us and Punta del Este.”

With the fleet compressing, and the added element of racing on elapsed time, on account of three yachts starting 48hrs behind the rest of the fleet, the unveiling of the podium finishers in Airlie Beach, Whitsundays, will be fascinating and we continue to follow this race to its exciting conclusion. Follow the Race Viewer to make sure you’re up to date with all the latest news!