The River Foyle was a blaze of colour today as hundreds lined Derry’s Quay to bid farewell to the Clipper Race teams as they slipped lines and set sail for Liverpool for the final stage of their global adventure.

It was an emotional send off after ten days of celebrations as the city played host to the crew of the eleven visiting yachts during their stopover in the city. Up to 220,000 people are estimated to have enjoyed the packed programme of nautical themed activities during the Foyle Maritime Festival which took over the city from July 14-22. 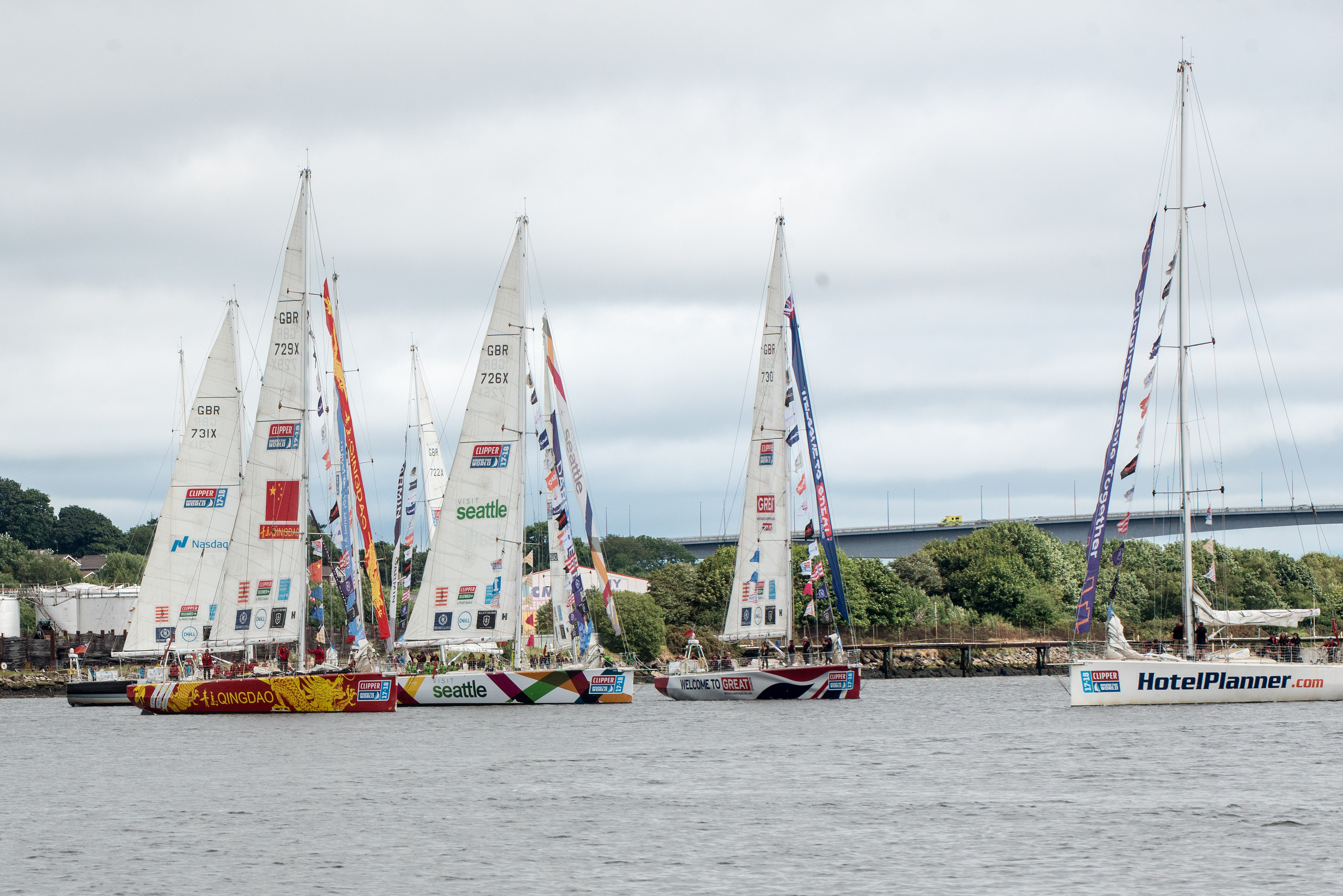 The festival finale event on Friday night included a spectacular Voyages and Parade of Light Showcase, an atmospheric performance featuring aerial performers, an illuminated flotilla of boats on the Foyle, fireworks and animation, retelling the epic voyage of Mannanan Mac Lir.

The Mayor of Derry City and Strabane District Council, Councillor John Boyle, led the city in waving off the fleet as it made its way back up the Foyle to the official race start at Greencastle in Co Donegal. 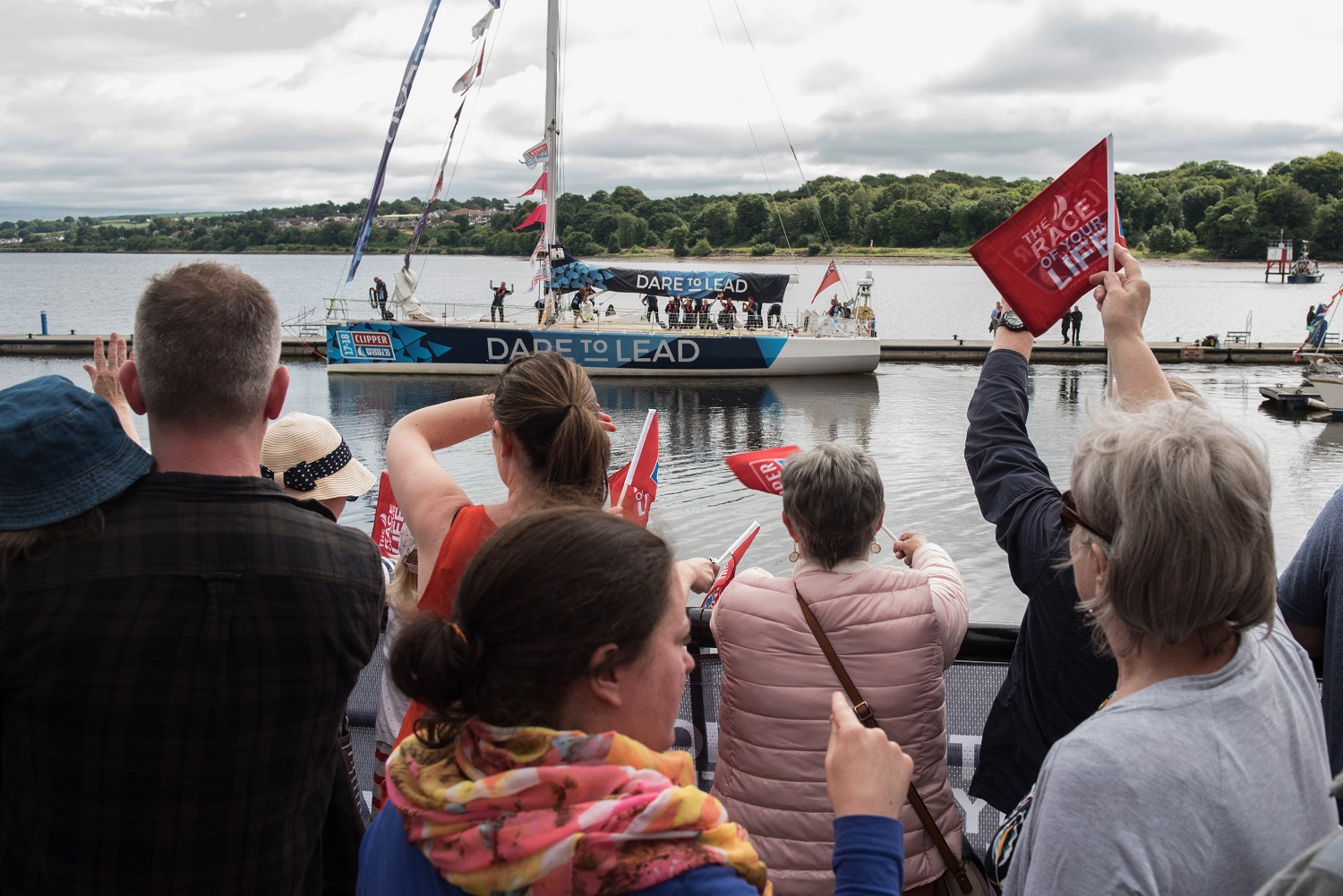 Speaking after the event Mayor Boyle said the stopover had been a major success for the city and district and wider North West region. He said he was extremely proud of the city and the way in which locals and visitors turned out in their tens of thousands over the past ten days to take part in the Foyle Maritime Festival and enjoy the Clipper Race stopover.

He said: “It was a sad moment as we waved farewell to the Clipper Race fleet today after an eventful week of celebration. We have welcomed visitors from all over the world over the past week and it has been fantastic to see Derry and the wider North West region profiled in such a positive way on a global platform. Once again we’ve demonstrated our ability to stage an international event generating substantial revenue for the local economy, and enhancing the region’s profile as an exciting and unique visitor destination.

“All of the Clipper Race crew have really enjoyed their stay here, they have been overwhelmed with the warm welcome and the hospitality shown to them by local businesses and the people here. The Foyle Maritime Festival really showcases our commitment to maximising the opportunity to build on the successes of the past few years in hosting large scale events and to explore our options in terms of utilising our many wonderful resources such as the River Foyle as part of a long-term tourism strategy for the future.” 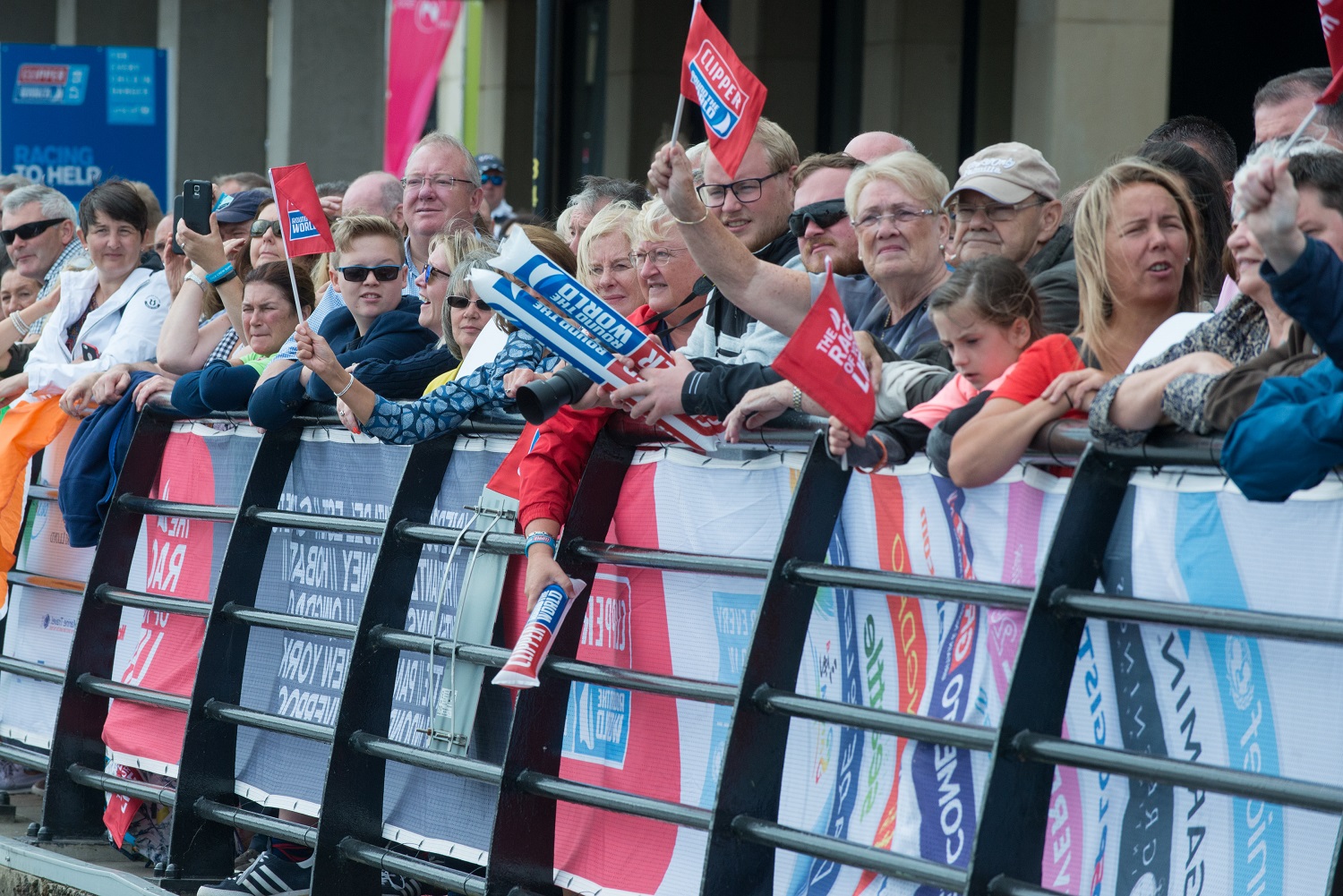 This is the fourth time the Clipper Round the World Yacht Race has included Derry-Londonderry as a stopover city, and the celebrations around the visit have now become an established highlight of the city’s events programme, with plans currently being developed to host the Foyle Maritime Festival biennially.

Aeidin McCarter, Head of Culture with Derry City and Strabane District Council, said: “We are absolutely delighted that through the Foyle Maritime Festival we have once again delivered a first-class international events programme showcasing our beautiful city and reaching new audiences.

“The Foyle Maritime Festival has certainly captured the imagination of local people and we’ve had amazing support from our local businesses and partners in staging the Festival, which has attracted record visitor numbers this year. Looking ahead now we will be exploring ways to build on the momentum created by the Maritime Festival in our future events, and ways to celebrate and showcase our beautiful city and district and our many exceptional visitor experiences.”

Visit Derry has said that while the final numbers were still being collated, hotel occupancy over the ten days had averaged around 80%. Commenting on the tens of thousands of visitors who flocked to the city for the Foyle Maritime Festival and Foyle Cup, she said: "Both events have been a fantastic opportunity to showcase the city as an international tourist destination.

"We have also had a group of international travel journalists visiting the city and region for the Festival; they have been greatly impressed with our unique tourism offer and we welcome the opportunity for them to share what they have experienced here at first hand with their many readers in the USA, Canada, Belgium and the Republic of Ireland as we now prepare for the city and district’s next large-scale event with another week-long festival at Halloween."

Roseann McGlinchey, Donegal native and HotelPlanner.com crew member said: “The stopover has been incredible. To sail into my home city and see my family for the first time in a year is something I will always remember. We almost felt like celebrities during our time in Derry, everyone made us feel so special and welcome. The Walled City Brewery adopted the HotelPlanner.com team and even named a cocktail and a beer after me! How incredible is that. One more race to go and I will be home for good.”

To follow the home team’s progress as they near the end of their journey visit www.clipperroundtheworld.com

For images from the departure and the Foyle Maritime Festival including the Finale event and fireworks – visit www.foylemaritime.com 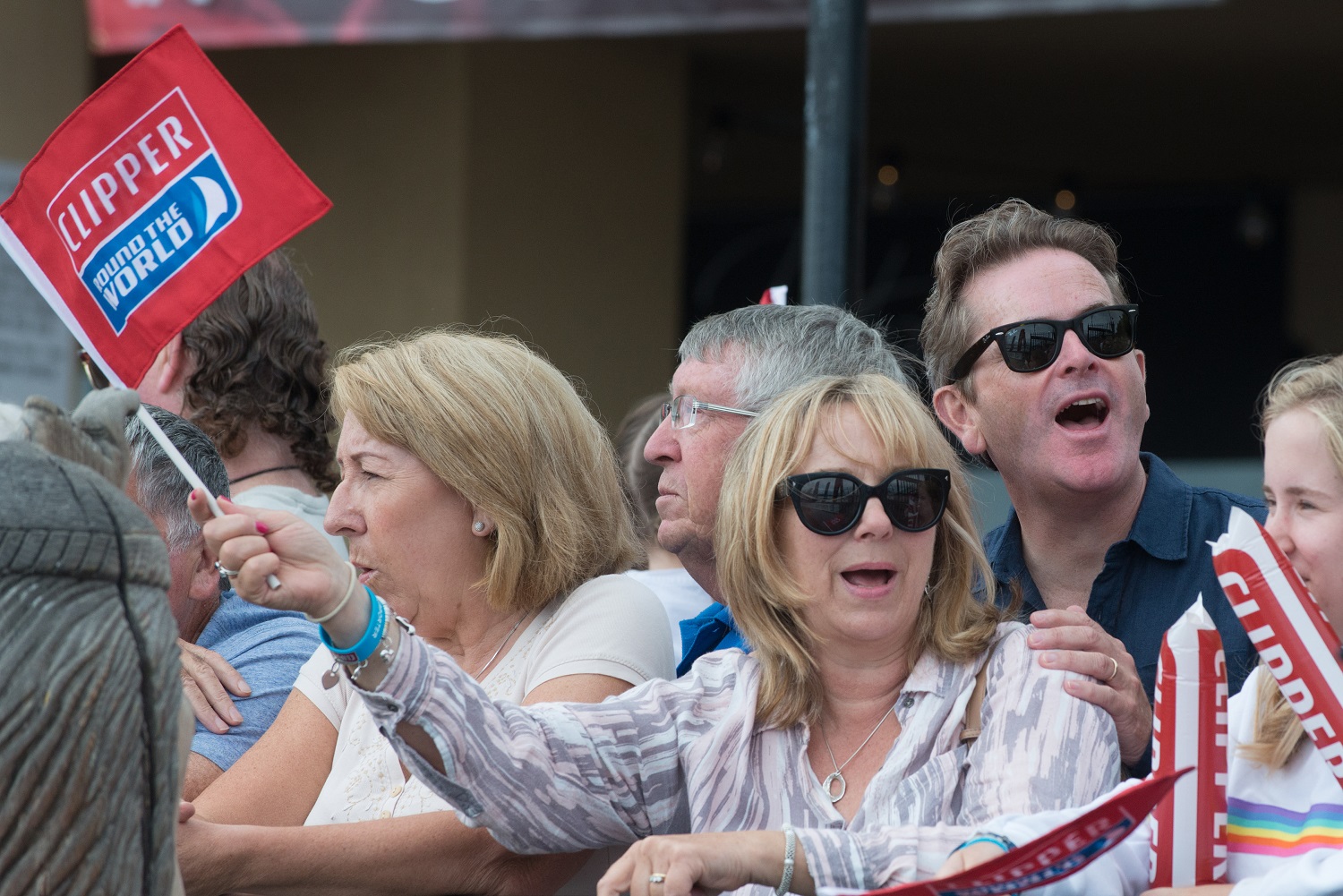 The Clipper Race crew sure know how to draw a crowd, with the people of Derry-Londonderry turning out in force to see the fleet on the successful opening day of the Foyle Maritime Festival.After the festival officially opened at midday on Saturday, 32,000 people…